Whether it was the corner store where you used to go for a cold treat on a hot day, or the department store that was a cultural hub downtown, businesses seem to be disappearing left and right. It could be a changing financial climate or simply a change in the community outlook, regardless of the reasons, every generation has watched as the businesses they grew up with, either learned to adapt to changing times, or closed their doors for good.

From our favourite places to waste time as teenagers to the shops where we used to do our back to school shopping, here’s a brief look at a few of the iconic British businesses that have, permanently, closed their doors over the years.

Britain’s, now famously wealthy and successful, Vestey family began building its brand in 1897, with the opening of a single family-run butcher shop in Liverpool, Dewhurst Butchers. For years, when it came to butcheries in Europe, there were few that were more well known, or more wide-spread than Dewhurst – which, when it was at the top of its game, had a little less than 1,500 locations. 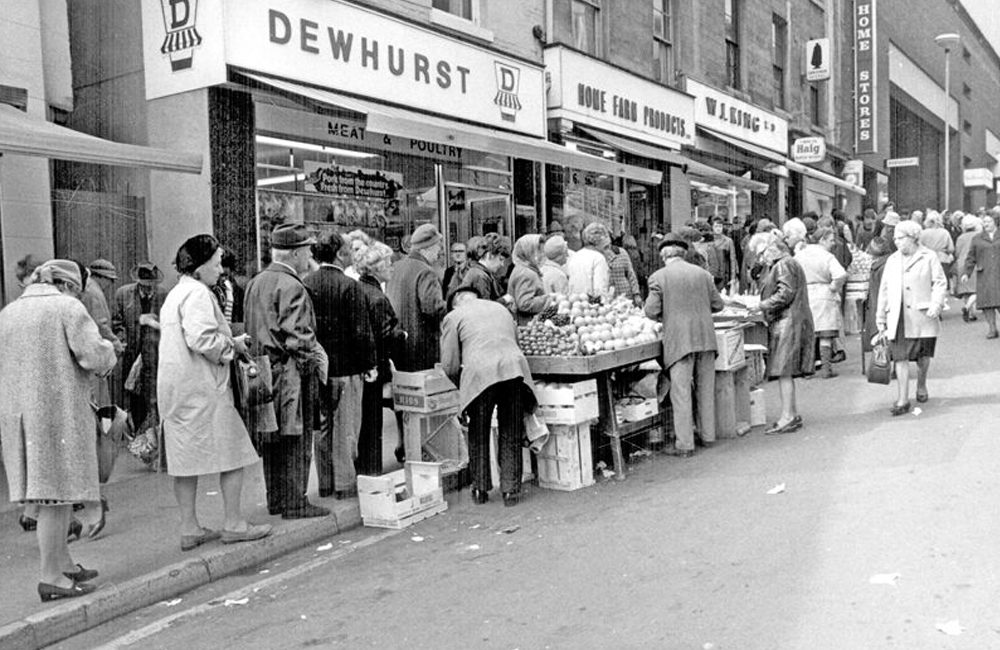 In the blink of an eye, things went from great to terrible for Dewhurst, when the century old family butcher entered administration, in 2006, and was eventually bought out, in part, by Lloyd Maunder, which purchased 109 Dewhurst retail locations and also made room for some of the staff from stores that were closed down – totalling close to 500 more jobs saved.

Woolworths was a global institution for over a hundred years, ever since it was founded in Utica, New York. It was one of the original five and dime stores. Consumers loved it, from generation to generation. In 1909, the retail store broke into the UK market and, by 1982, the brand had 8,000 locations across the world, but it slowly started to face a decline in sales. 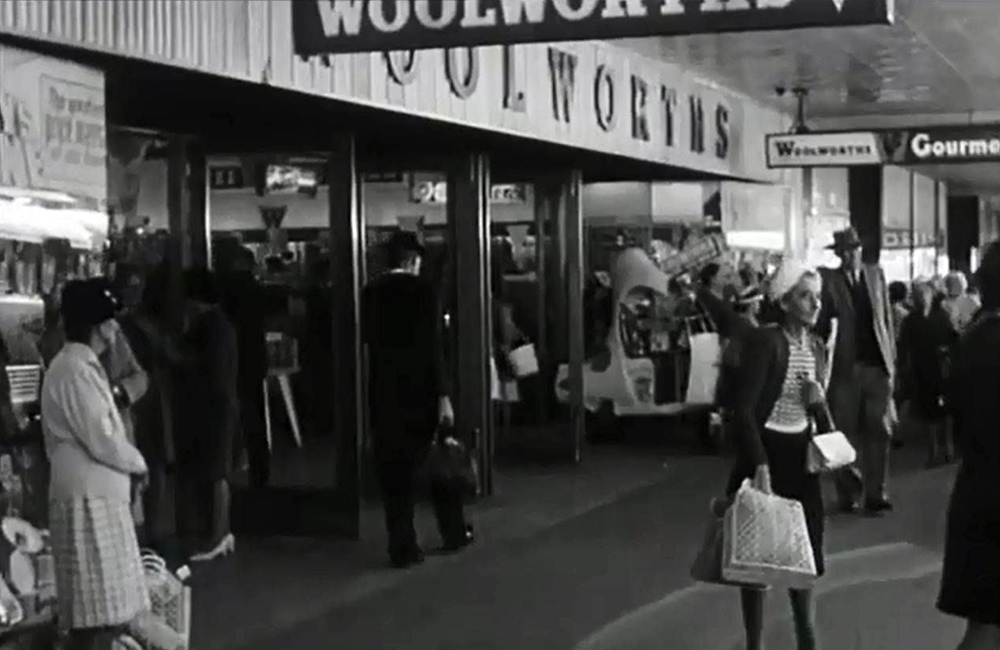 As competition grew and the likes of Target and Kmart became more popular in North America, interest in Woolworths in the UK remained strong. By the mid-2000s, however, the competition was too stiff and, by 2009, the longtime retail giant closed up shop and moved online.

HMV wasn’t just a music store, it was a complete musical experience. From the neon pink signs to the staff picks of music, HMV left a musical imprint in the minds of anyone who was a teenager in the ’90s. In the 2000s, HMV stores could be found in, almost, every major city across the country and would even have concerts at some of their larger locations. 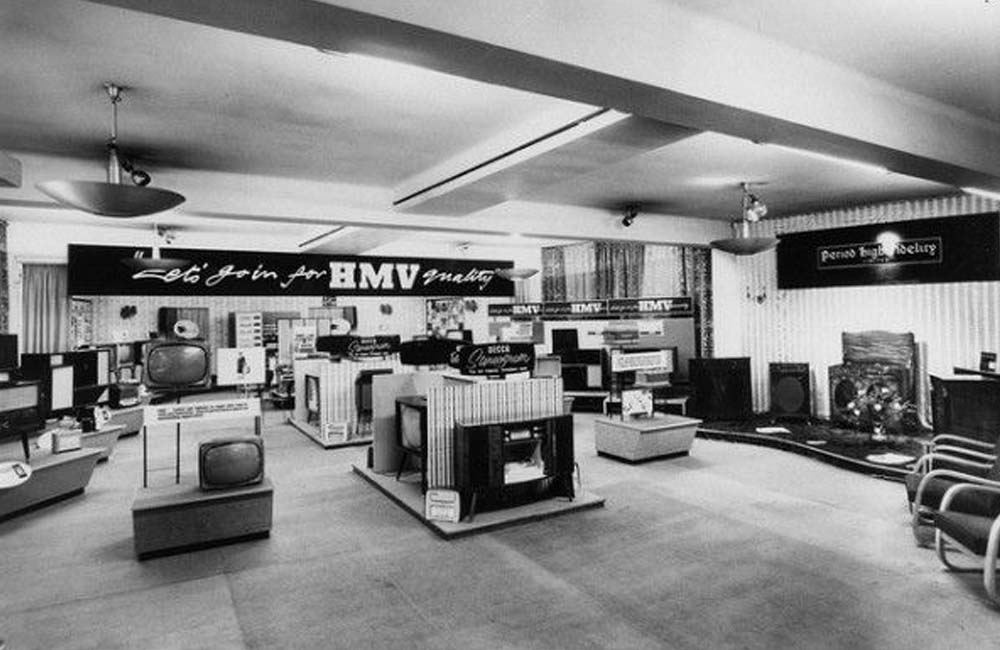 As with most music stores, the digital age was not too kind to HMV. The business tried to adapt by including video games and movies into their catalogue, but it just wasn’t enough. In 2018, HMV entered administration and, a year later, was sold to Sunrise Records – which opened a store under the HMV name in Birmingham, in 2019.

Tammy Girl, the adolescent girls’ clothing store, opened its first store in 1975, as a spinoff from the women’s clothing company, Etam. Tammy Girl hit the height of its popularity in the 1990s, however, following the influx in clothing retailers that flooded the market towards the end of the decade, Tammy Girl wasn’t as cool as it once was, and closed up shop in 2005. 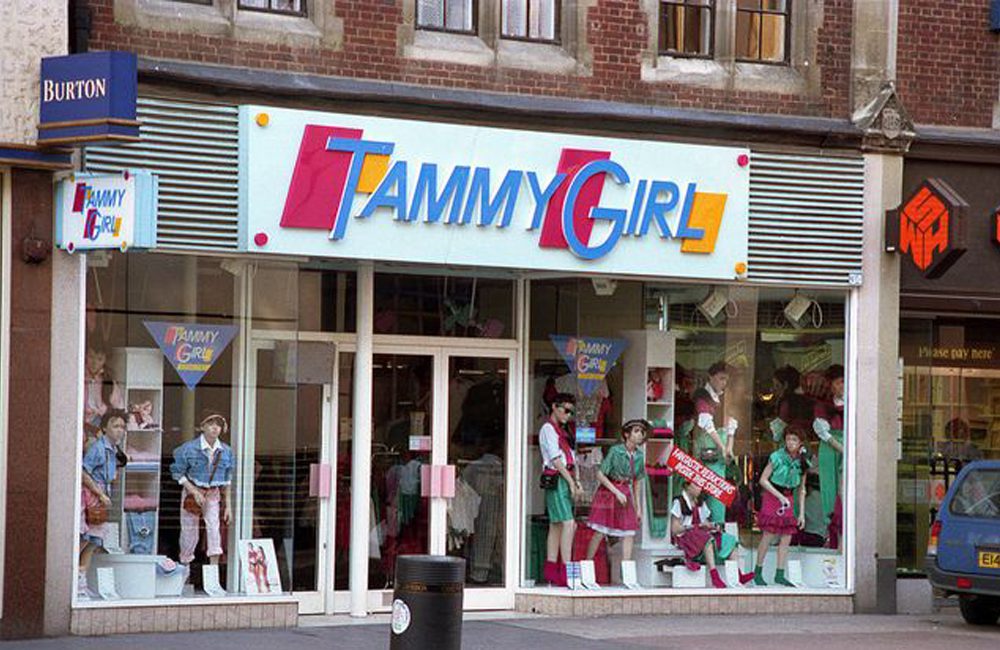 When her elder cousin, Etam, was given a revival, many people hoped to see Tammy Girl make a reappearance as well, but, sadly, that’s not the case. The store that tweens flocked to in the ‘90s, for all of their unique stylistic needs, is remaining on the shelf but, due to the comeback that tacky ‘90s clothing has been making, that may change in the coming years.

When BHS (British Home Stores) was founded in 1928, its main focus was on selling customers clothing and products that they might need around the house. As the company evolved, however, it began to sell electronics and furniture as well and gained enough of a public following to warrant more than 160 stores at its peak. 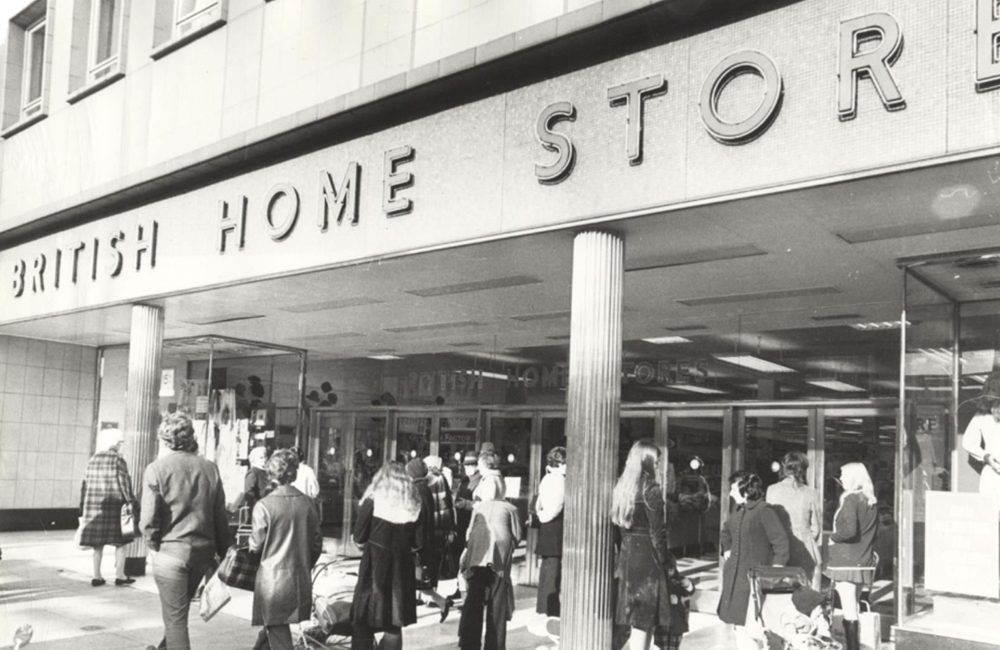 In the business world, reaching a century of operations is a goal that every company has aspirations of one day reaching, but few ever do. BHS came close, but sadly, after going defunct in 2016, at the age of 88, and with debts that totalled more than £1.3 billion, it fell just a dozen years short.

In 1961, Sir Hames Goldsmith and Selim Zilkha founded Mothercare, a retail company that was focussed on providing soon to be mothers with the relief of knowing that, in a Mothercare location, they could find anything, pregnancy-related, that they might need. Unable to keep up with the cheap alternatives that superstores offer, UK locations began to close in 2018. 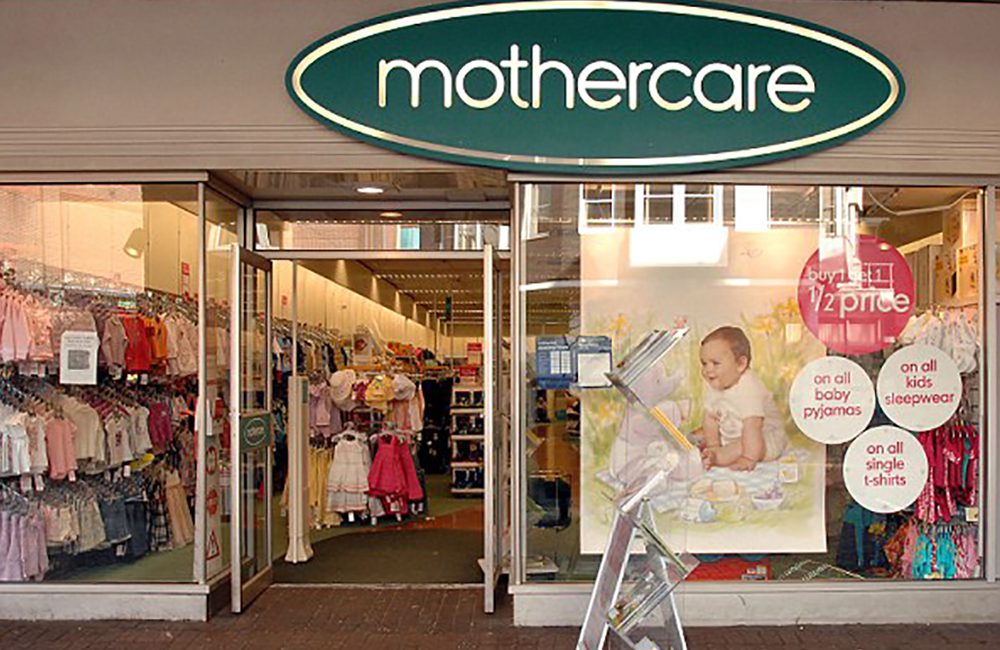 Mothercare was put into administration in 2019, which, in turn, resulted in the closures of all of the company’s UK locations and, following close behind, its website as well. In the wake of Mothercare going under, Boots, the health and beauty retailer/pharmacy, has continued to sell the classic brand’s products on their website.

Littlewoods is a company that experienced early days blues, but managed to adapt its business model to last a few decades longer than many people expected it to. Originally a sport betting company, Littlewoods added a mail-order catalogue to its repertoire in the early 1930s, and by the end of the decade, a retail location as well. It was off to the races for the Littlewoods… 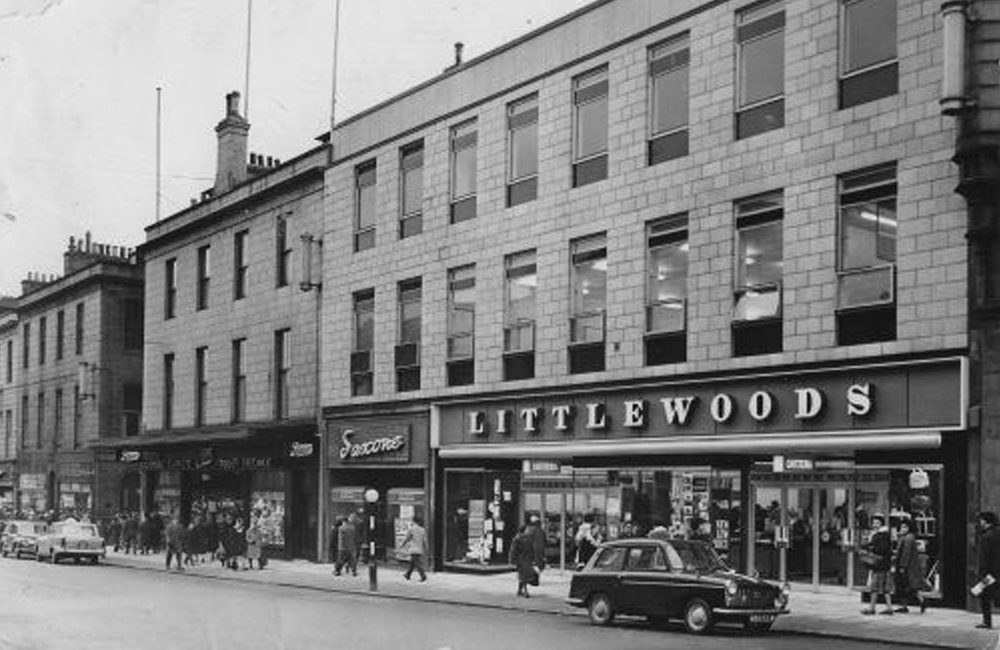 …Or, so people thought. As the ‘90s rolled in, and the retail industry began to change, Littlewoods got left behind. In 1996, the company closed the first of its outlets, and the following few years brought more of the same. By the end of 2005, Littlewoods was no more, as all of its locations were either sold or shut down.

Thomas Cook was founded in 1841 by a cabinet maker named, you guessed it, Thomas Cook. Cook helped people arrange their train commutes across England. By the 1850s, he was organising tours around Europe. A decade later, his son had joined the family business, and Thomas Cook & Son (TC&S) were booking tours for people to the United States of America. 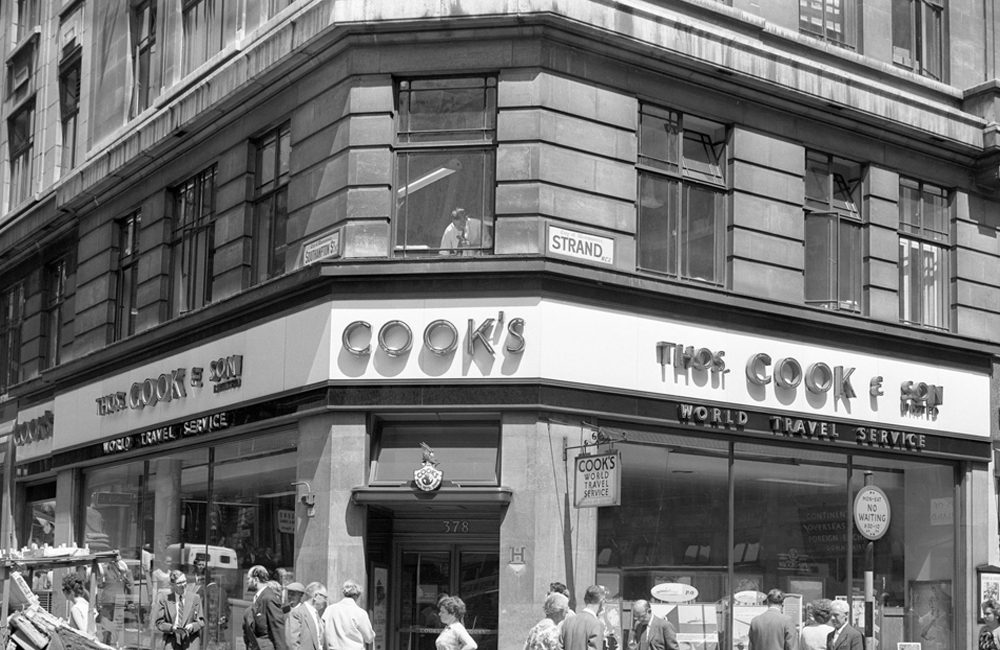 In 2001, after 160 years of business, the travel and transportation company, Thomas Cook, was acquired by C&N Touristic AG, creating Thomas Cook AG. Things started off well for the new company, but less than 20 years later, it ran out of money, and, in September of 2019, Thomas Cook AG was liquidated over night, from the 22nd to the 23rd, and, as a result, more than half of a million tourists were stuck overseas and 21,000 people lost their jobs.

Named after three of the company’s founders, Freeman, Hardy, & Willis was founded in 1875, and in the subsequent 50 years left its mark all across the UK – opening storefronts in every town and village it could reach. Sears plc. acquired FH&W in 1929, and began a marketing campaign that lifted the brand to new heights. 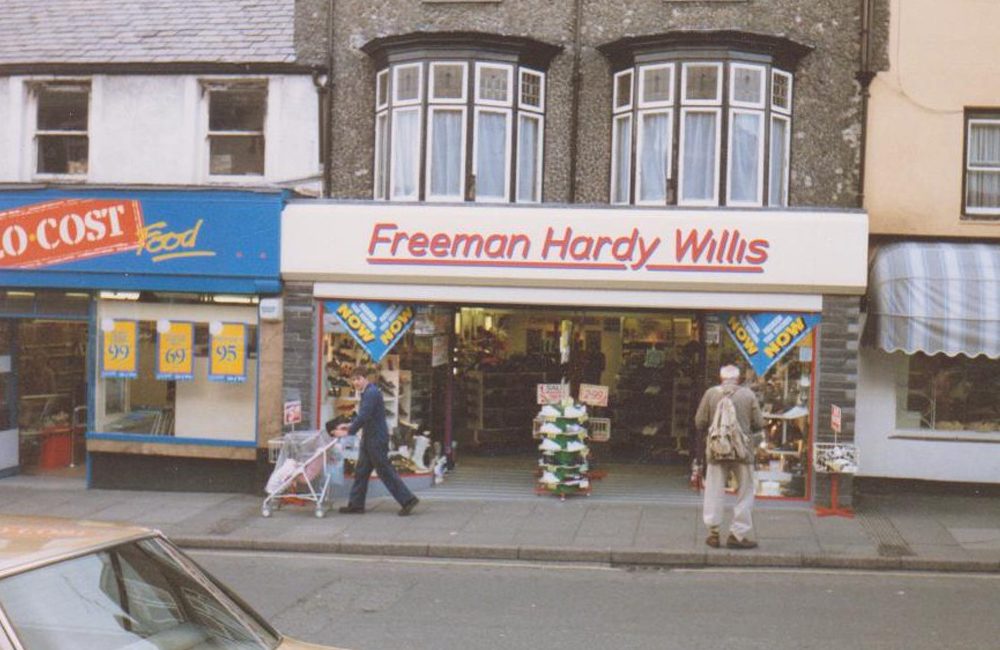 In the early 1990s, more than 250 FH&W locations were changed into Hush Puppies stores by Sears plc.’s subsidiary, the British Shoe Corporation. The remaining 250+ stores that had the Freeman, Hardy, & Willis name were closed down by 1996, and, by the end of 1998, the British Shoe Company was also a thing of the past.

KwikSave, a cheaper-than-the-average-store supermarket, was founded in the United Kingdom in 1959, and, over the next 4+ decades, built an empire of more than 1,000 locations across the nation. Its shops may not have been large, but they sure were convenient – and then the 2000s happened. 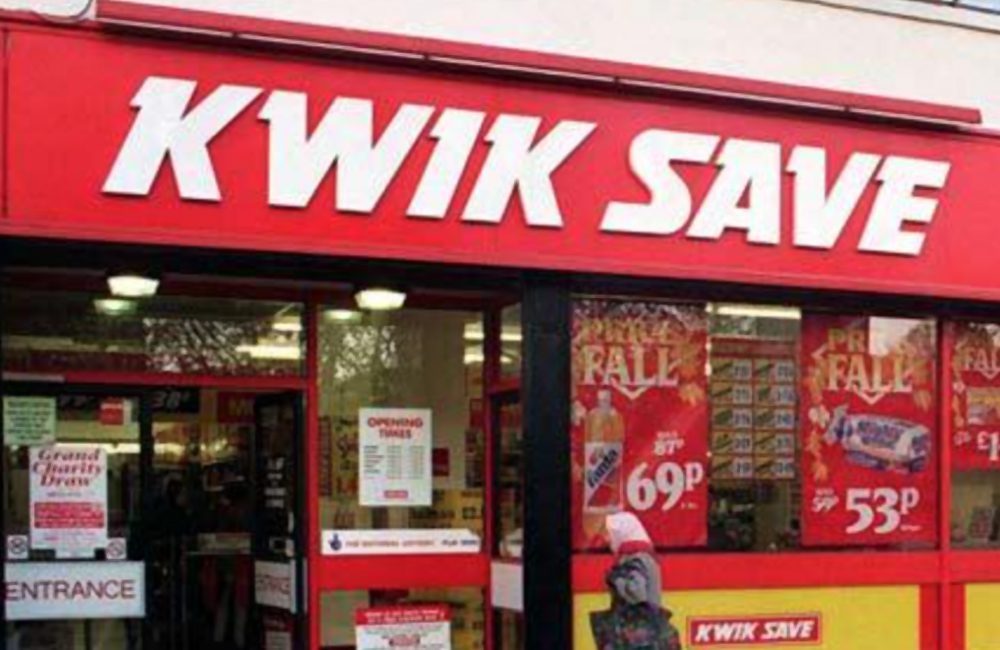 The superstore boom of the early 2000s saw the introduction of budget brands by powerhouses like Tesco and Aldi, and KwikSave wasn’t able to keep up, and, in 2009, was forced to close the last of its stores. Like all great things that people miss, however, KwikSave was rebooted in 2012. Now owned by Costcutter, KwikSave locations have reappeared as smaller versions of the one-stop budget convenience stores that they once were.

Founded: 1973
Peak Number of Stores: x
Out of Business: x

The United Kingdom’s first Tandy location opened in 1973. For the next 26 years, Tandy was the “home of electronics” that millions of people across the UK trusted in until Carphone Warehouse bought the UK’s Tandy locations in 1999. By the end of 2001, the remaining Tandy locations were either rebranded or closed permanently. 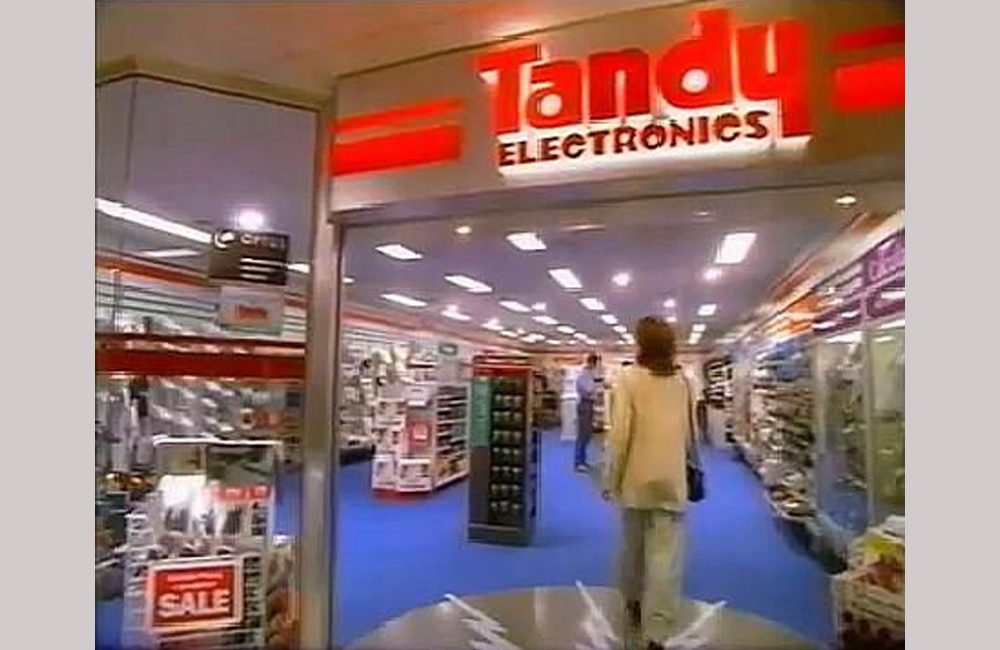 The newly rebranded RadioShack Corporation operated until 2005, when its stores were also closed due to the financial problems that were incurred as a result of stiff competition in the electronics industry. Everything came full circle in 2012, when Tandy Corporation bought the company’s rights from RadioShack. It’s not operating how it once did, as a retail store, however, Tandy is back in business online.

Originally founded, in 1937, as a photo studio in Southend, unlike many businesses of the time, Dixons wasn’t named after either one of its founders. In fact, Charles Kalms and Michael Mindel named their company by randomly selecting a name out of London’s telephone directory. Over the years, the company grew to include more than 800 locations across Europe – 530 of which were in the UK and Ireland. 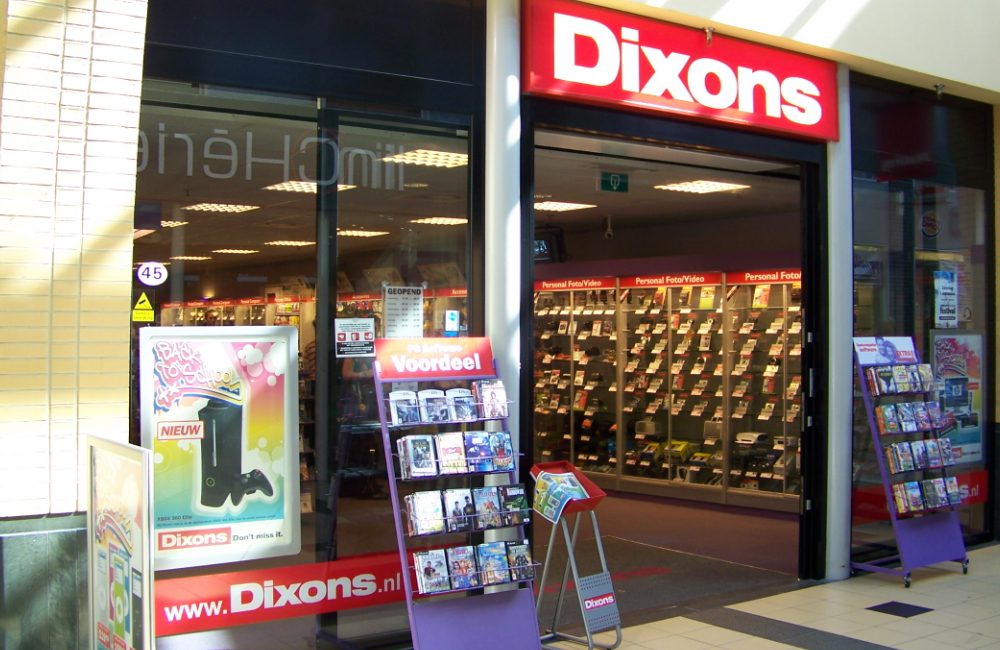 In the ‘80s, ‘90s, and early-2000s, Dixons continued to expand its business by purchasing some of the smaller electronic companies. In 2014, Dixons merged with Carphone Warehouse, thus bringing an end to the company’s 77-year run as one of Europe’s largest electronics retail stores – which is, currently, running as a subsidiary of the newly merged company.

The Gadget Shop was founded by Jonathan Elvidge, in 1991, as a place for people to find gizmos, thingamabobs, doohickies, and anything else that would fit into the category of being a “gadget”, or something similar. At its height, there were almost 50 of The Gadget Shops across the UK 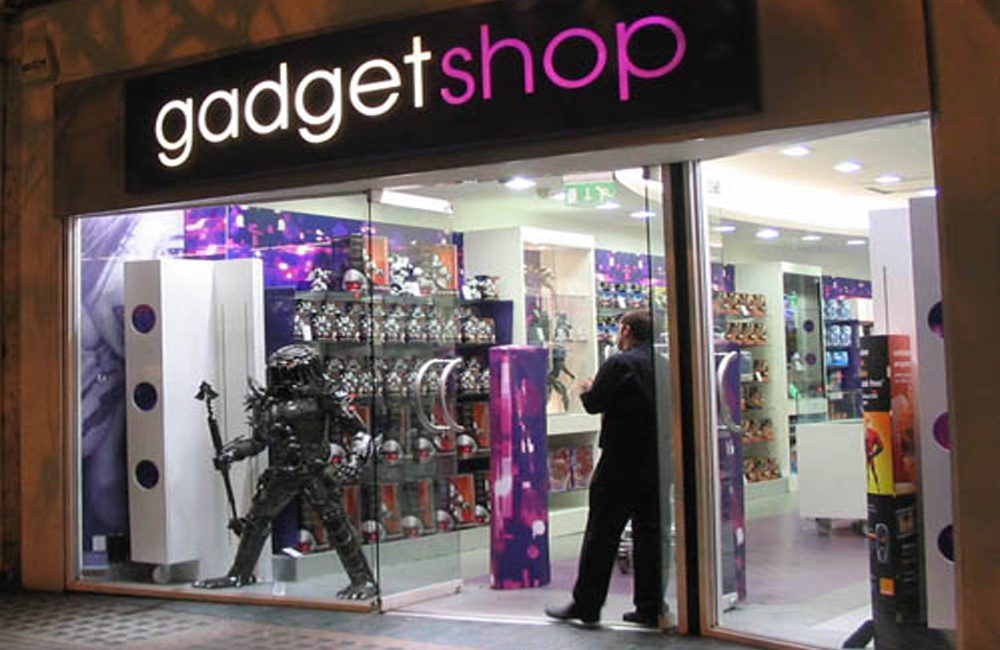 In 2005, The Gadget Shop went into administration. Not long after, and only a month after its rival, Must Have It, closed up shop, the United Kingdom’s popular gadget shop shut down as well – ending 2-dozen years of business operations.

Poundworld was founded in 1974, by a man named Chris Edwards Sr., but, at the time, it was running under a different name and a different business model. “Bargain Centre”, as it used to be known, was a multi-priced discount store until 1997, when it reformatted to a store that sold everything for £1. In 2003, the company was rebranded as “Poundland”. 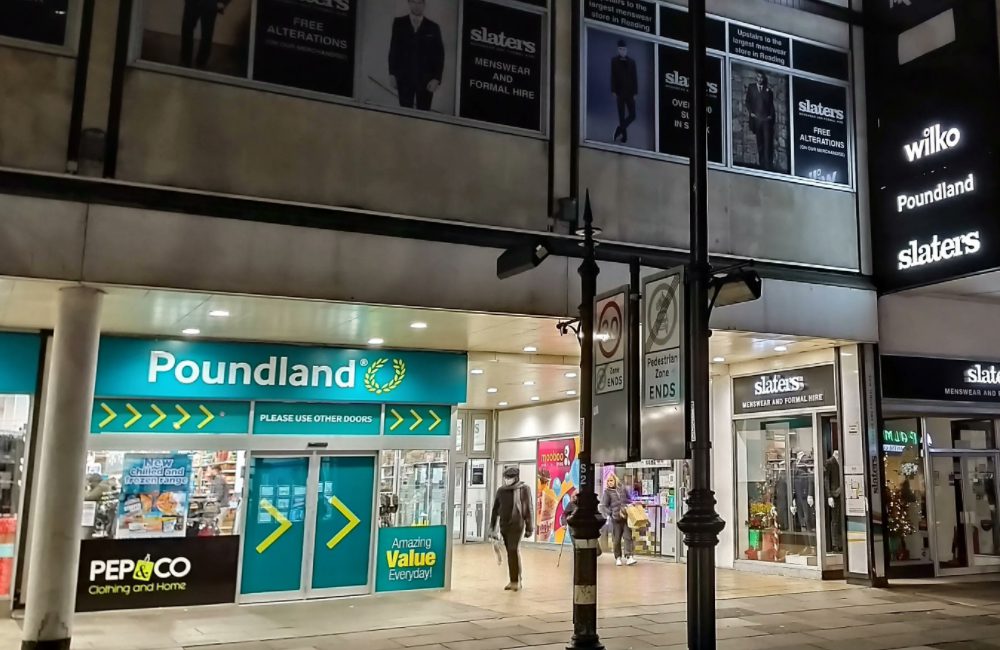 Due to the increase in the prices of imported products, in the aftermath of the Brexit referendum, Poundland struggled to keep up with its competitors, and the announcement was made in the summer of 2018, that by mid-August of that year, all remaining locations of the discount store would be closing their doors permanently.