We’ve all fantasized about winning the lottery, hitting that big jackpot which will change our lives forever. While the odds are extremely low (almost impossible in fact: 1 in 45 million) it’s actually far more likely that we’ll find an accidental fortune stumbling across a valuable gem hidden away in a thrift store.

The McEvoys, who owned a vintage clothing resale business, were rummaging through a pile of clothes at Goodwill looking for items they could make a profit on when they found an old basketball sweater with the words ‘West Point’ embellished on the front. They threw it into their cart without a second thought. 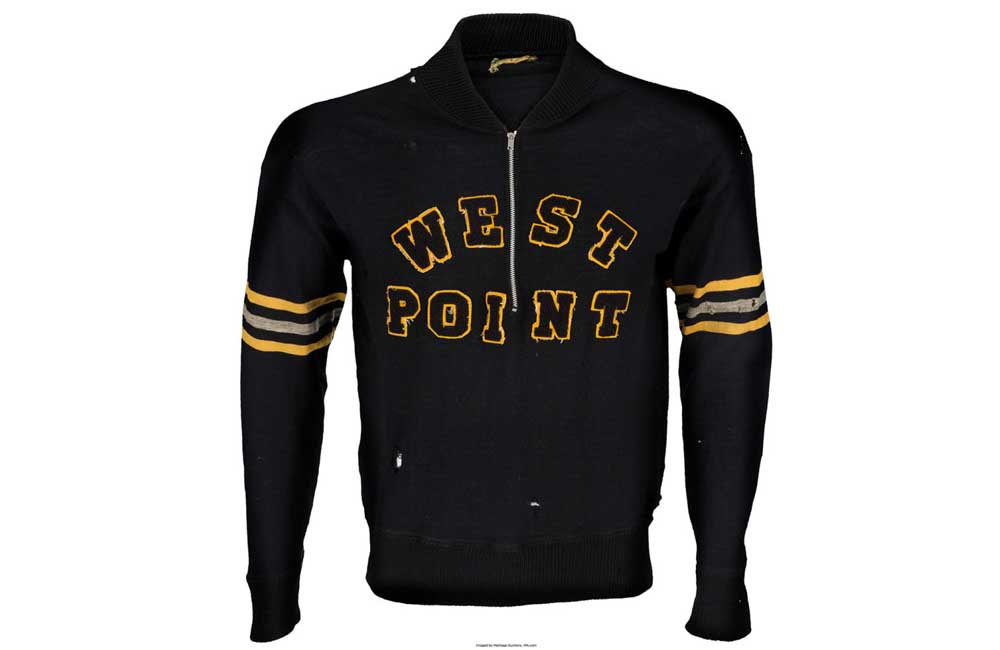 A few months later while watching a documentary about Vince Lombardi, the coach of the Green Bay Packers, Mr. McEvoy noticed a sweater that was identical to the one he had purchased. Upon further inspection, they realized the name tag that was sewn into the sweater was that of none other than the coach himself. Turns out the sweater was donated some 60 years earlier, only to be found by lucky thrifters and sold at an enormous profit.

When browsing boxes of old photos at a curio shop, Randy Guijarro found old images that he purchased for $1 a piece. He recognized the gentleman on one of the images and later discovered his intuition was spot on and this was an original photograph of Billy the Kid and members of his gang. 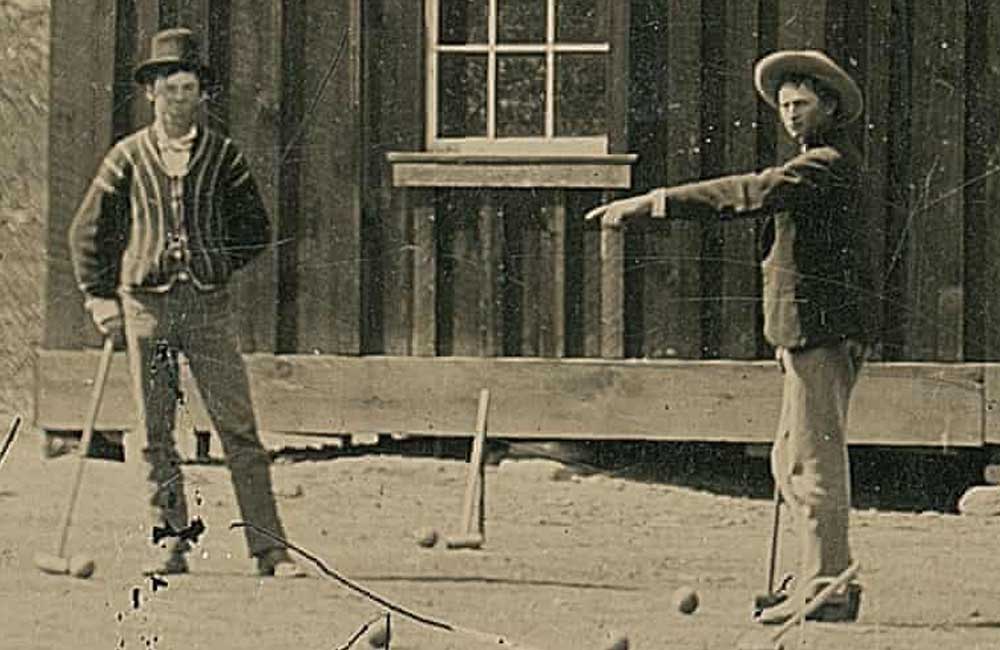 Rare Photo of Billy the Kid @The Guardian / Pinterest.com

Billy the Kid, also known as William H.Bonney, was an outlaw who was wanted for several crimes, and was known as one of the most notorious gunfighters of the old American West. He was eventually killed at the age of 21, leaving behind a legacy that still today fetches millions for just a photograph.

Little did music technician Michael Sparks know that when he purchased what looked like an old copy of the Declaration of Independence, that it was actually a bonafide original. Upon inspection after his thrift shop purchase, Michael noticed it looked like an engraving and was marked 1823. 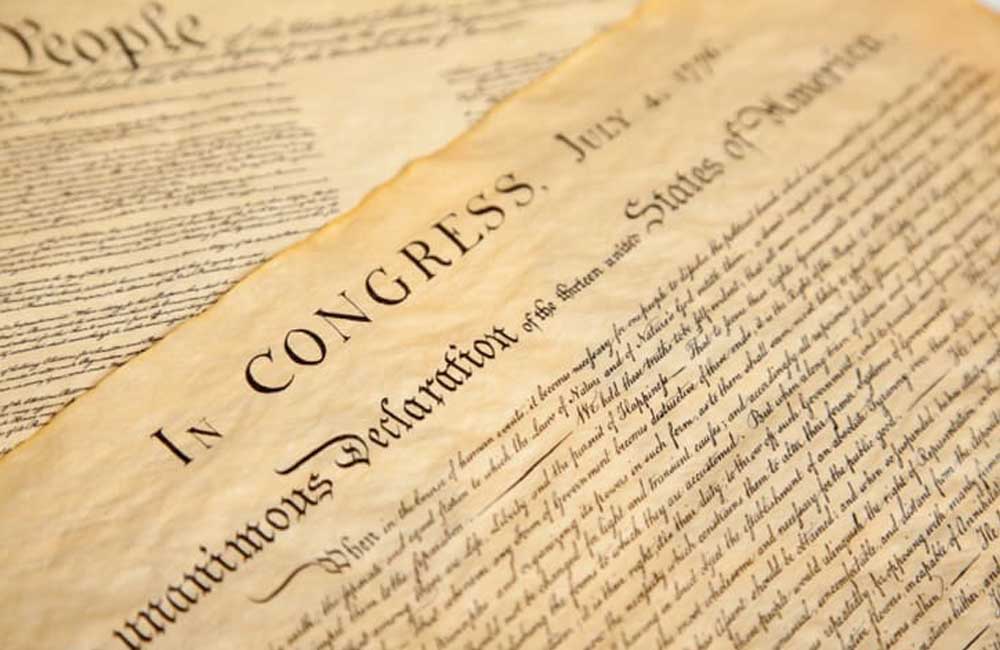 1823 Edition of the Declaration of Independence @Susanne Posel / Pinterest.com

In 1820, President John Quincy Adams commissioned just 200 copies of the Declaration which were printed in 1823 by William Stone. As far as we know there are only 35 of these original prints in existence today and this one was particularly well preserved having been shellacked and varnished. The one and only engrossed and signed declaration has a home in Washington D.C. in the National Archives.

For many of us, under our beds is where we shove things we don’t often need or the place where single socks disappear forever into the void. A very lucky fisherman in the Philippines though,  who had a large ‘rock’ under his bed for years that he kept for luck, discovered that his lucky charm was in fact the largest pearl in the world. 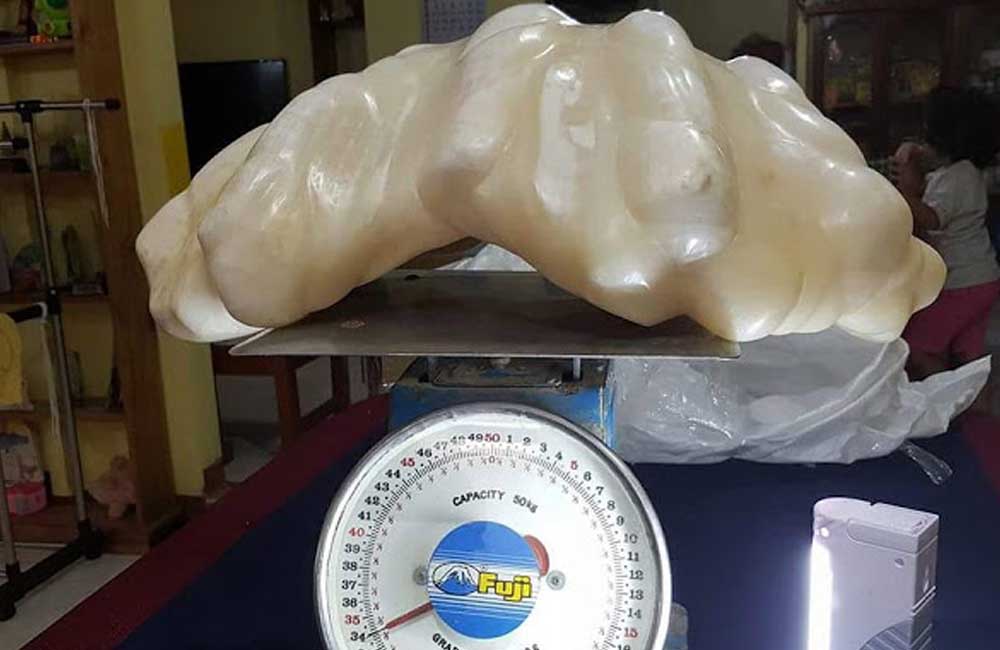 The 2 feet long, 75 pound pearl is worth a whopping $100 million and was discovered by the fisherman off the coast of Palawan Island. Pearls are born and grow within a living organism, usually an oyster but occasionally a clam, making this gem completely unique as it was grown in a clam, not to mention its exaggerated size.

This intricate,  tiny postcard-sized painting didn’t catch the attention of Robin Darrell when he purchased a box of bits and pieces at an auction. He put the painting in a drawer and forgot about it until 10 years later when he gave it to his son, Rob, as a gift. 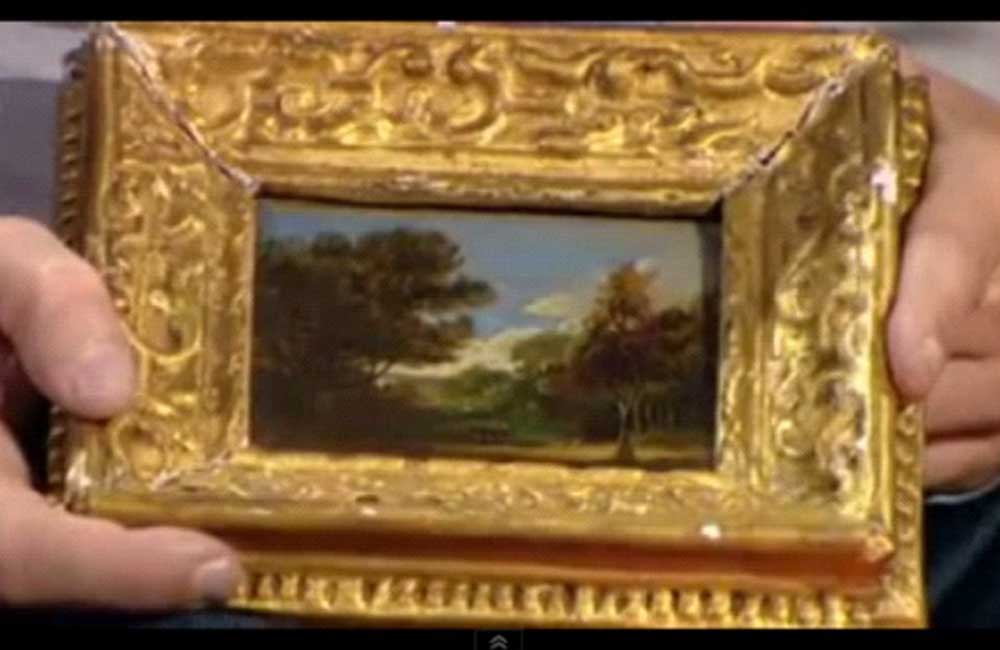 Rob was fascinated by a very faint signature and went on to learn more about the painting . It turned out to be an original work by John Constable, an English landscape painter whose paintings are mostly inspired by the Suffolk countryside and are amongst the most well loved and treasured British art. Turns out the little painting which had been hidden from the public eye for so long was a miniature masterpiece.

A handwritten autograph from the famed physicist is extremely rare. In 1963 Stephen Hawking was diagnosed with ALS (Lou Gehrig’s disease) and by the end of the 70’s he could no longer hold a pen upright, let alone write. There have been a few original signatures at auction, one of which fetched $50,000 in 2015. He has been known to witness the signing of a book and stamp his thumbprint as approval of the signature. 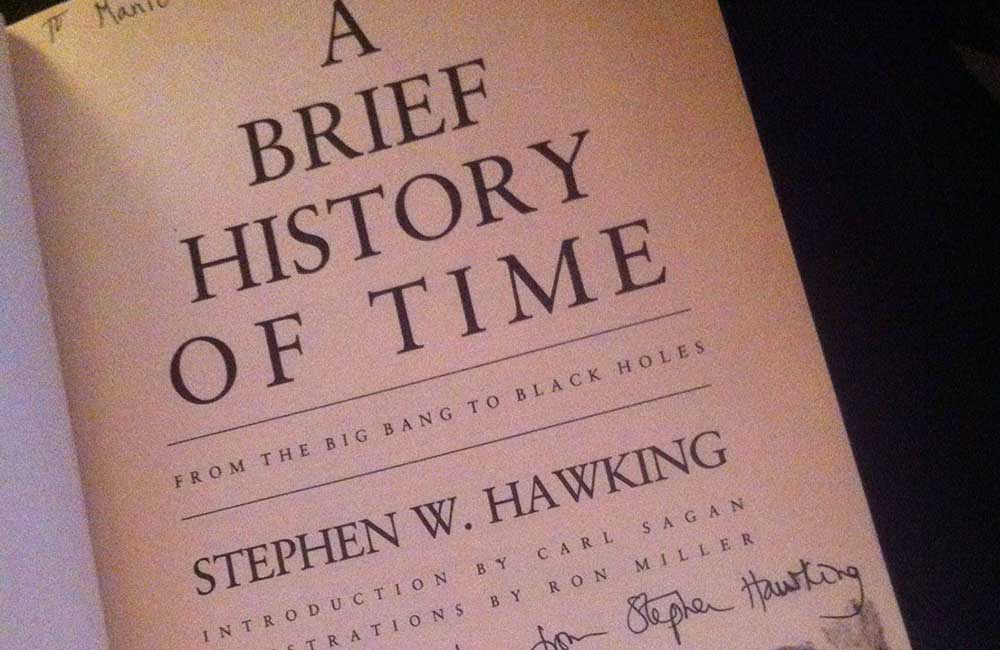 Known as one of the greatest thinkers of recent times, Stephen William Hawking was best known for his contribution to the field of general relativity and his work A Brief History of Time which had a large commercial success on the bestseller list for several years. He died in 2018 at the age of 76, leaving behind a legacy of greatness and wonder.

Diamonds are indeed a girl’s best friend, this one in particular which was valued at $455,000 after being worn for 30 years by the owner who assumed it was costume jewelry. She had purchased it at a junk sale for just $13 and had no idea the treasure she had stumbled upon. 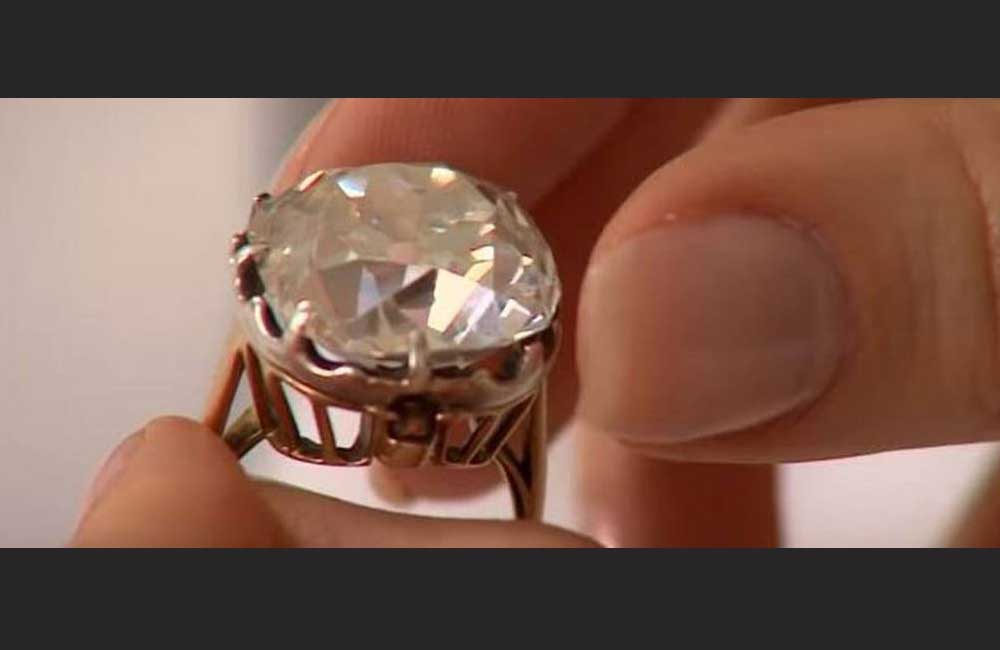 After having it appraised, she discovered it was the Fortuna diamond, a 26-carat stone from the 1800’s which was believed to be worn by Indian royals centuries ago. The jewel is extremely rare and has been revamped by Olivar Munson, into a breathtaking pendant necklace with 5-carats of Argyle pink diamonds.

Space enthusiasts would be blown out of this world by these incredible cuff links. NASA astronaut Michael Collins, who orbited the moon in the Apollo 11 in 1969 command module, loaned the cuff links to the National Air and Space Museum. 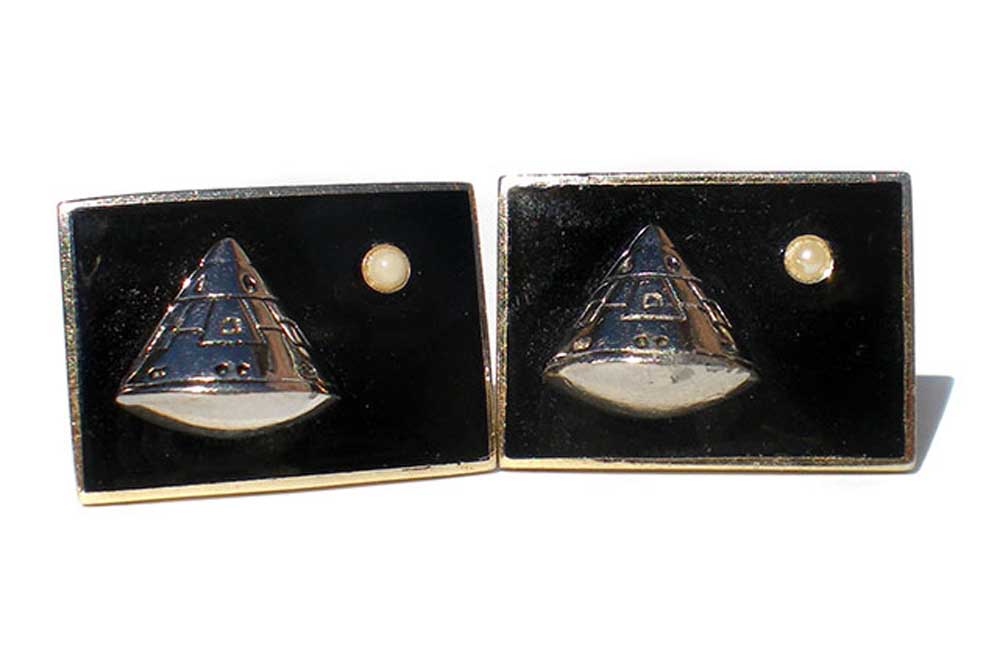 Collectibles from the space mission are extremely popular, everything from vintage photographs, system handbooks, original magazines and newspapers can fetch hundreds and even thousands of dollars at auction. Originally made of gold, enamel and pearl, it is fairly easy to spot imitation Apollo 11 cufflinks, replicas can be found online for up to $195

This little teapot may have been short and stout in stature, but it was certainly large and stout in value. Purchased online at auction, the buyer could not have imagined that it was one of the very earliest pieces of porcelain ever produced in the US. 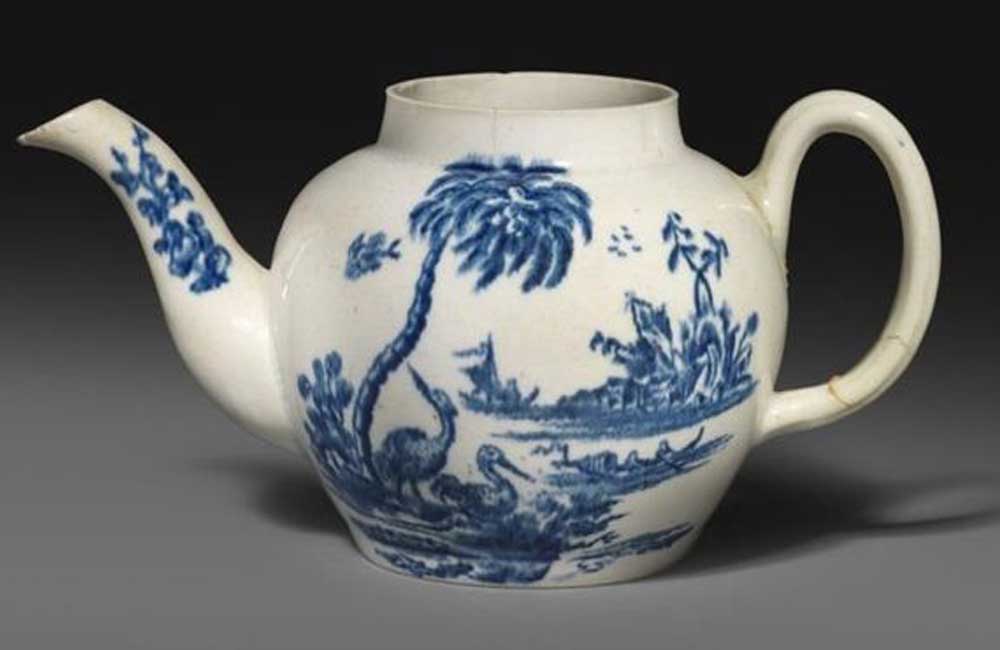 John Bartlam was a British potter who moved to the US in 1763. His porcelain was the highest quality known in America at the time and the white pots with blue decorative designs were considered very luxurious and were highly sought after. His teapots are extremely rare today and are sold for fortunes, even with broken handles and missing lids.

While kids today will not recognize a vinyl (or understand why someone would prefer it over digital downloads), anyone would appreciate the value of a rare record like this one. Released in 1975, Wish You Were Here is arguably one of the greatest albums of all time. 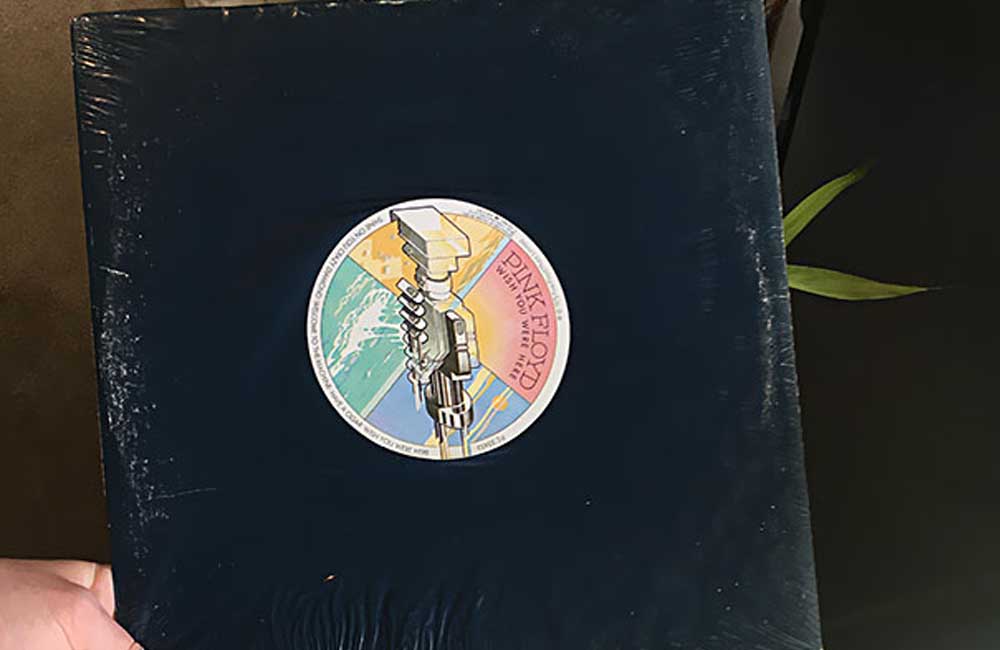 The design of the record cover packaging was elaborate and well thought out, with an opaque green cellophane sleeve to hide the artwork, with a sticker of the album logo (a handshake) stuck over the sleeve. The symbolism of the hypocrisy of a handshake and absence is repeated throughout the album cover.

Buyer, Jennifer Thompson, spotted this Stadium Events game at Goodwill and instantly recognized it after having read an article on the rarest and most sought-after video games. She rushed to buy it and eventually sold it for $25,000! 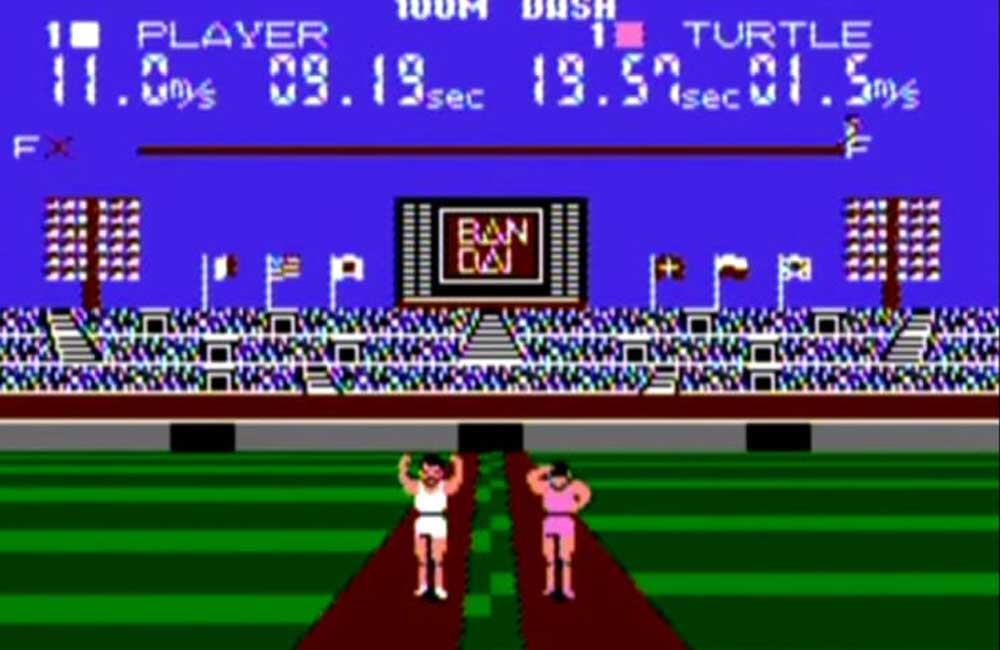 “Stadium Events” was launched in 1987 and was made for the company’s Family Fun Fitness mat, which was basically like the Wii of the 1980’s. After the company was purchased by Nintendo, they took all the original mats off the market after being on the market for a very short time, with only 10-20 complete sets around today. The game is so rare and sought after, the empty box alone has sold for $10,000.

This award was allegedly found online by a collector who jokingly asked if he should tweet the former President to ask if he wants his award back. It is however disputed as to whether Mr. Barack Obama received the award in the first place, as it is on record that he was in Iowa at an event during the award ceremony. 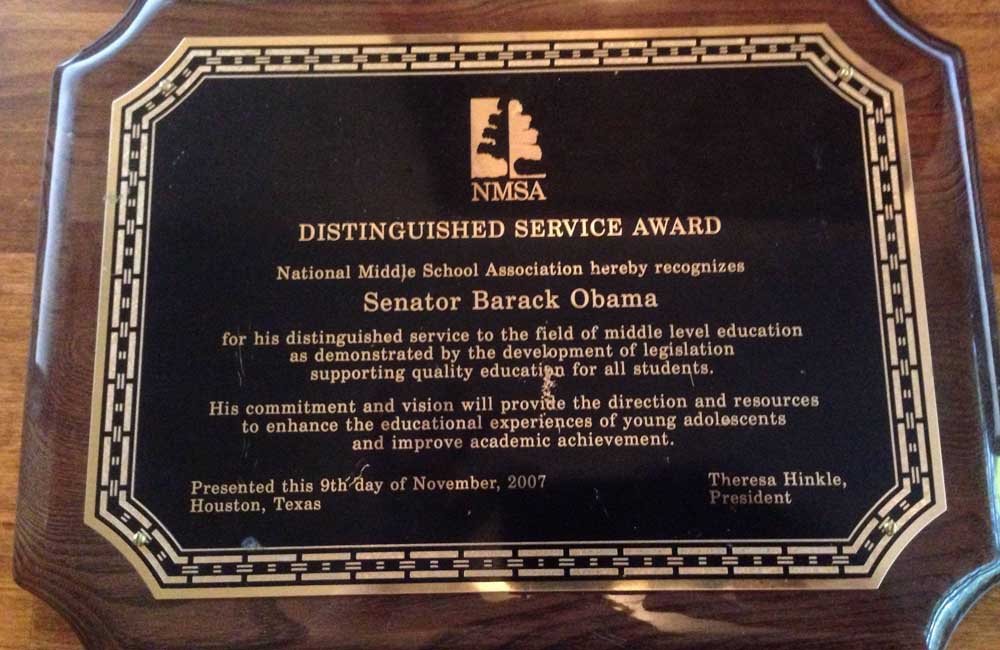 The award itself celebrates those who significantly improve or strengthen education. While Mr Obama is surely in possession of his coveted Nobel Prize, one wonders the value of such an item at auction. Obama collectibles fetch from $350 for an action figure to a signed campaign poster for $2499.

While this takes the idea of a vintage blend to the extreme, it certainly is a collectors piece, though unlikely to taste any good after 70+ years. Dating back to World War II, the bottle says ‘reserved for allied armies’ printed on the label. 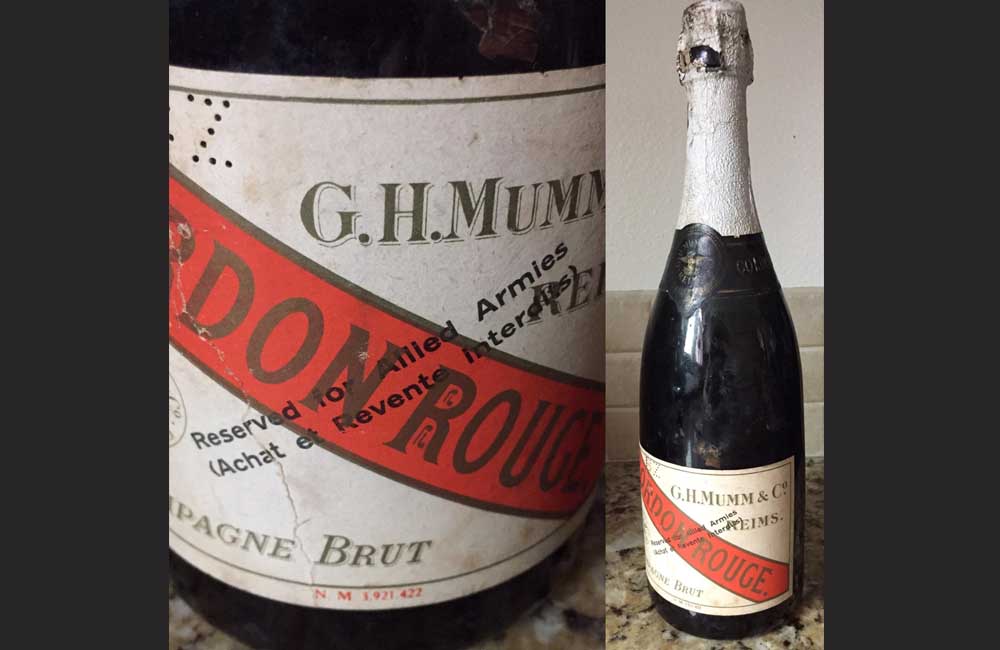 Made by Mumm, which is situated in Reims in northern France. It is known to be one of the largest producers and is ranked in the top 4 champagne in the world. A vintage bottle from 1959 sold at auction for $200 without the wartime label so one could imagine such an artifact would be considerably more valuable.

One of the most renowned competitions in professional golf is the Masters Tournament, which takes place at Augusta, hands out the coveted Augusta National Green Jacket to the winner. This jacket is worn by members of the Georgia club within the premises but is only allowed to be worn in public by the champion. 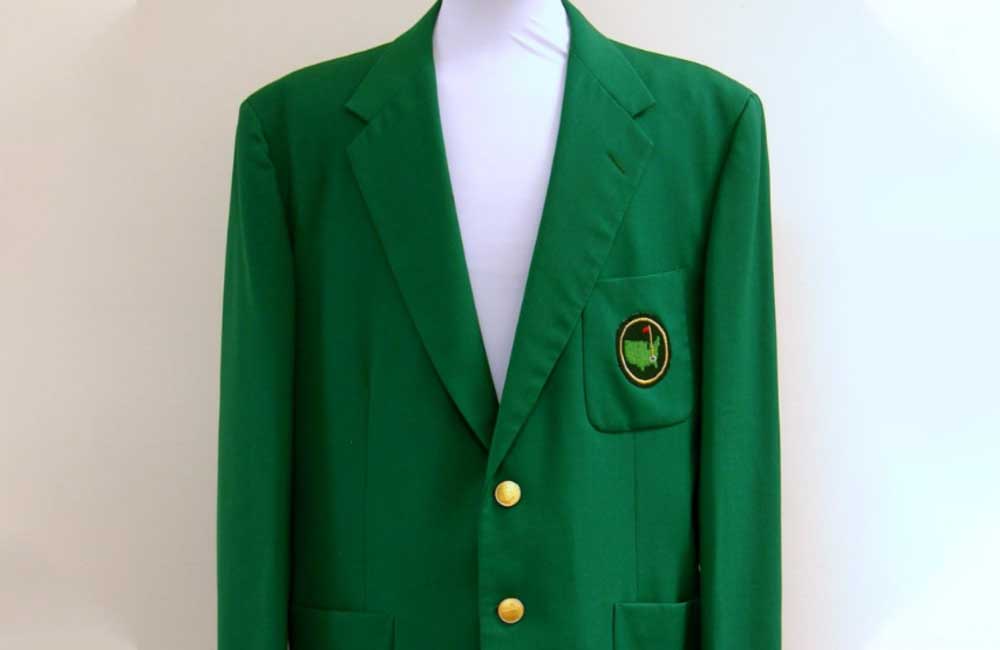 When a journalist noticed the club logo on the green jacket in a thrift store he immediately purchased the item for a measly $5 knowing the treasure he had stumbled upon. He sold it soon after, and the jacket went on to bid a massive $139,349 at auction 20 years later.