The biggest and best box office movies captivate our hearts and imaginations like nothing else. For two hours we’re transfixed to the screen and transported to a different world. Critics love them, audiences can’t wait to watch them again – but what if we told you that some of these heavy hitters were passed up multiple times by the biggest studios?

In some cases, classics like The Wizard of Oz, Forrest Gump and even Peter Jackson’s multi-billion-dollar Lord of the Rings franchise were rejected multiple times before eventually being picked up. Sometimes it was the budget that executives balked at; other times the creative seemed too ambitious. But one studio’s loss is another’s financial windfall – when it comes to these films, anyway!

It’s hard to imagine a world without Back to the Future. The exploits of Marty McFly and Doc are ingrained in pop culture history as a prime example of 1980s movie making. Writers Bob Gale and Robert Zemeckis pitched the idea over 40 times (with just as many rejections) before the film was eventually picked up by Amblin Entertainment and Universal Pictures. 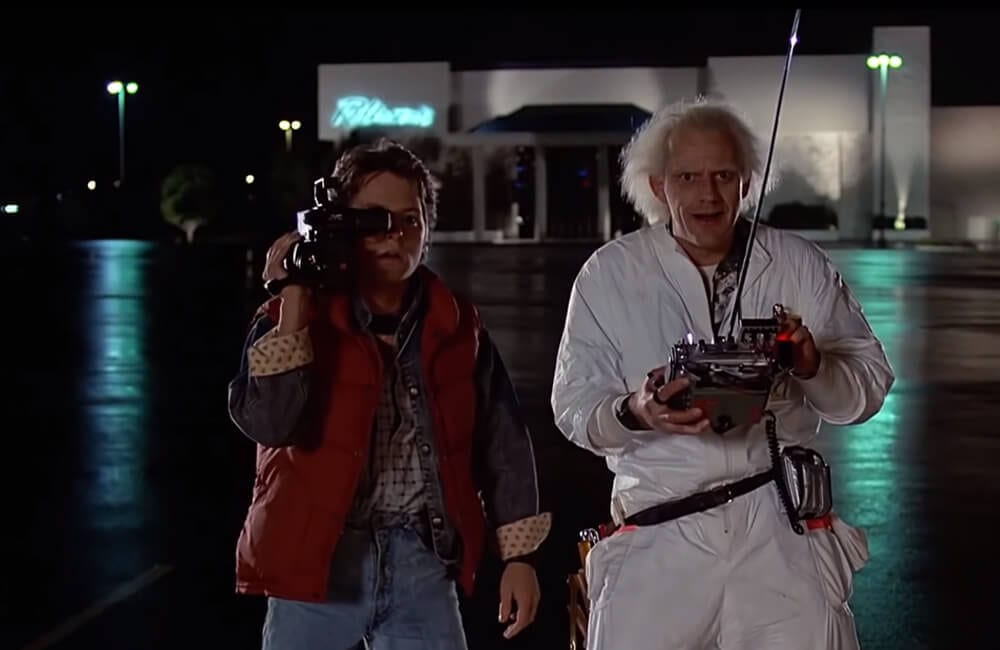 Back to the Future @Universal Pictures / Youtube.com

Disney was just one of many studios that said no to the premise, as they thought the plot line was just too out of control for audiences to follow. If only they had stopped to think about it for a moment, they would’ve got a slice of the film’s massive $388.8 million take. The franchise as a whole went on to make $965 million.

Forrest Gump is the tale of the Southern sweetheart that most of us know and love. The character of Forrest is arguably one of Tom Hanks’ most defining roles. Although the movie went on to win six Oscars, its studio didn’t think it was even worth completing at the time – and nearly abandoned it as a pricey tax write-off. 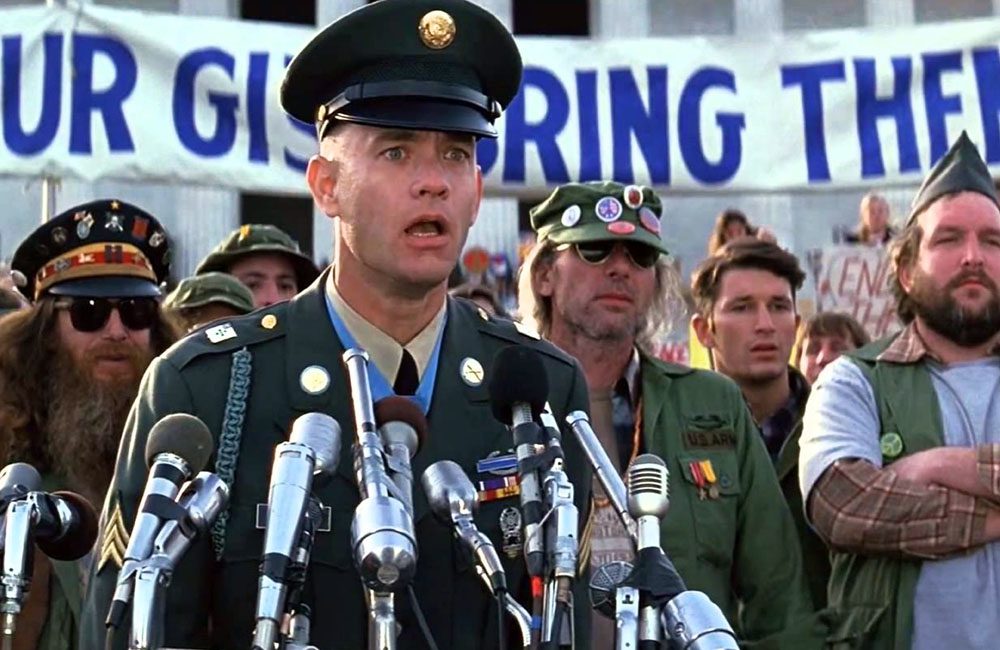 Although Viacom’s Paramount didn’t back out of producing the movie, executives weren’t keen to splash the cash, either. In fact, the studio deemed a handful of scenes too expensive, forcing Tom Hanks and director Robert Zemeckis to foot the bill themselves. Thankfully, they got back what they put in by getting a larger share of the profits, while audiences got one of the best movies of all time.

Horror lovers the world over universally agree that Freddy Kruger is up there with the best villains of all time. The Nightmare on Elm Street franchise started in 1984 before going on to span across the decades as a truly unstoppable fright-night titan. But amazingly, it almost never happened. 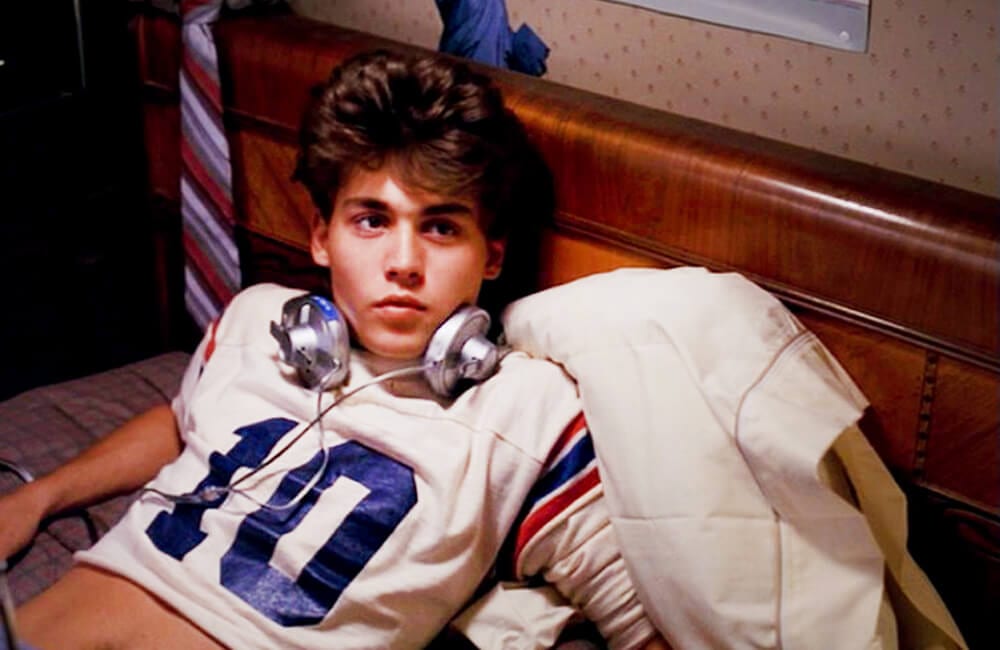 Creator Wes Craven started pitching the movie in 1982 to different studios, but Disney, Paramount, and even Comcast’s Universal said no. Eventually, up and coming indie label New Line Cinema took a chance on it. The movie went on to make $57 million, with New Line subsequently nicknamed as “The House That Freddy Built.”

Peter Jackson’s complete enthusiasm toward J.R.R. Tolkein’s Lord of the Rings can never be doubted. The ingenious director had a very specific vision from day one about the type of adaptation he wanted to make, but studios didn’t buy it. The Weinstein Company was initially interested, but the executive team wanted just one movie and not a series of films. 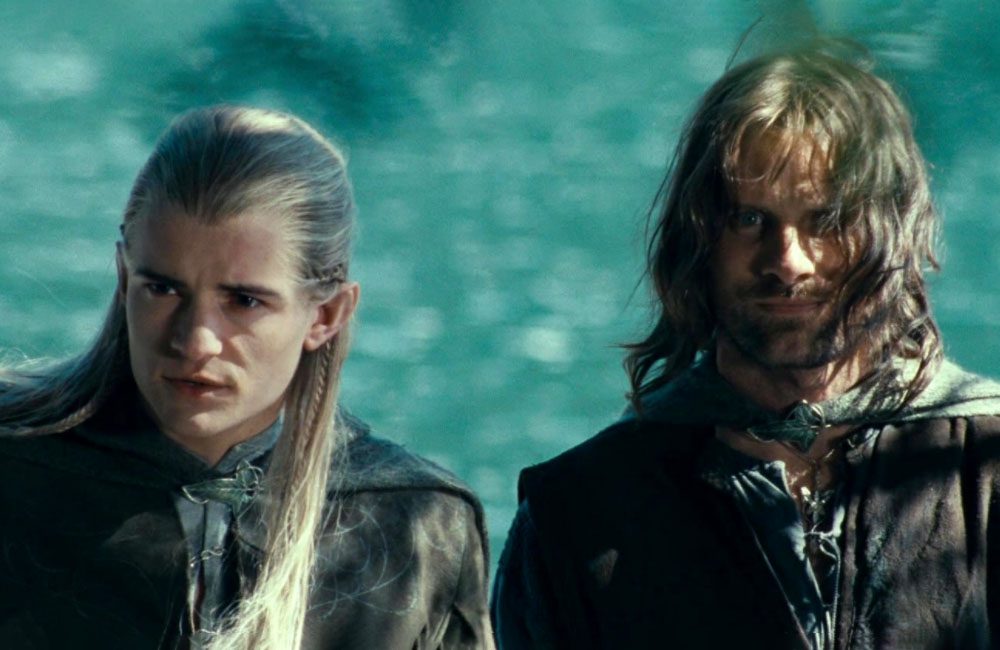 The Lord of the Rings @bloom_movies / Twitter.com
Advertisement

During a four-week decision period, Jackson frantically shopped the idea to anyone willing to listen. Eventually, AT&T’s New Line Cinema signed up, after Jackson made it seem like it was a sought-after idea. It was actually New Line’s idea to run with three movies instead of Jackson’s proposed two.

On paper, Blade Runner probably looks like an incredibly out-there pitch that should go over the audience’s heads. That being said, it’s not exactly hard to understand why some studios opted out of making the 1982 adaptation of Philip K. Dick’s novel, even with legendary director Ridley Scott attached. 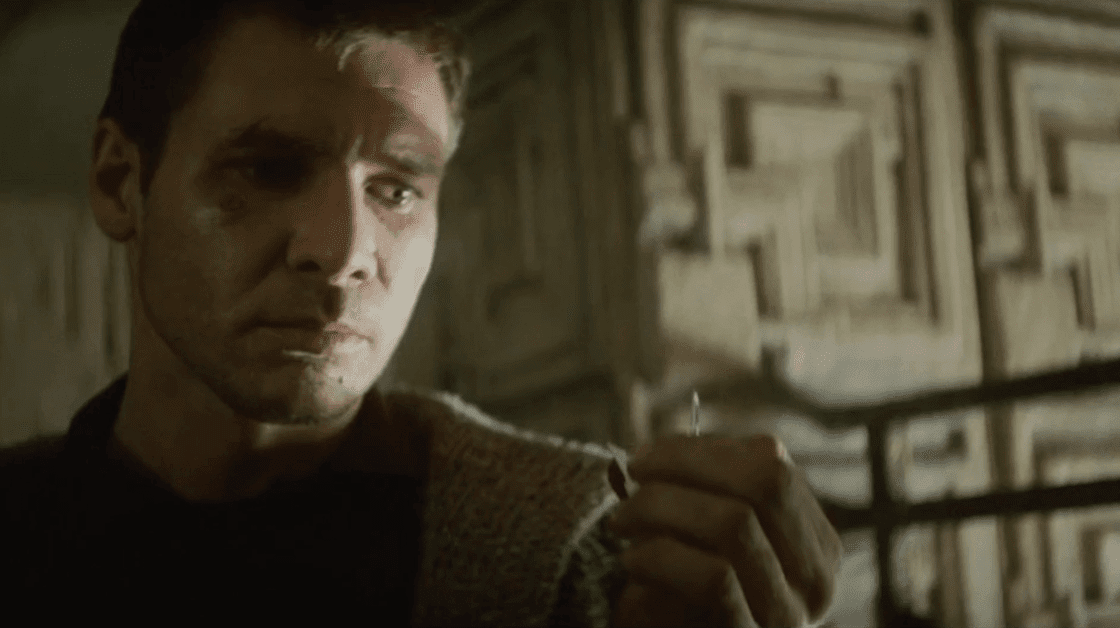 The now-defunct finance and production company Filmways originally agreed to get the movie made, putting up $15 million. However, the deal ended up falling through just before principal photography began. Producer Michael Deeley managed to find replacement financiers at the last moment, pulling in $21.5 million from Warner Bros, the formerly Coca Cola-owned Tandem, and Sir Run Run Shaw. The rest is multi-million-dollar history.

The rights to Marvel’s infamous friendly neighborhood superhero Spider-Man have been a point of interest for many movie buffs over the years. Although some might believe the Sony v. Disney tussle over keeping Spider-Man in the MCU is where it all began, the story goes right back to the first Spider-Man movie featuring Toby Maguire in 2002. 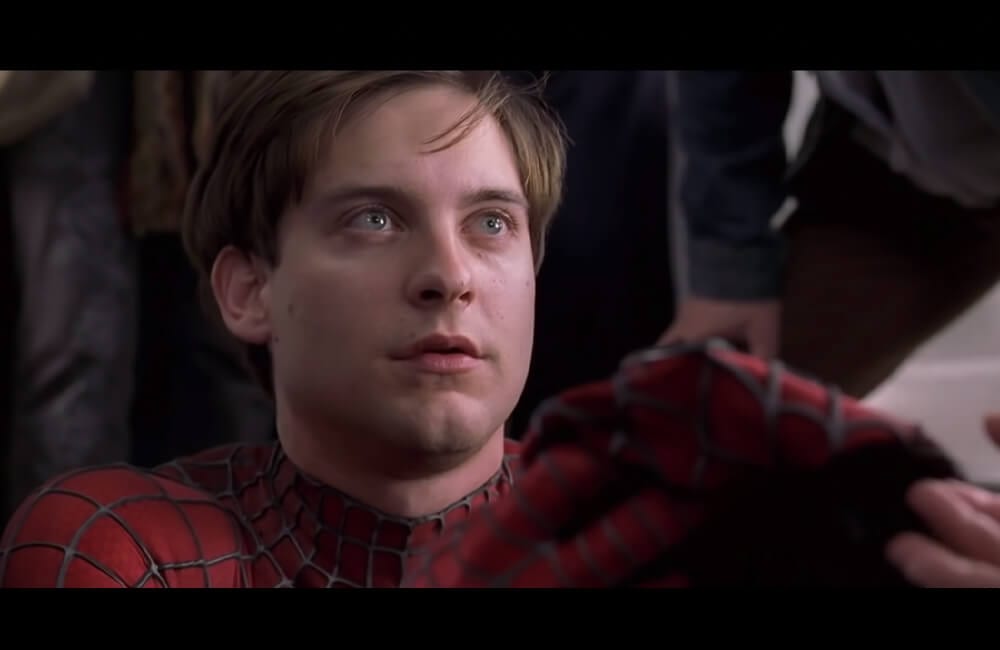 Prior to Spidey’s first real outing, MGM had tried and failed to get a movie made with Carolco Pictures with Titanic mastermind James Cameron at the helm. That idea never got off the ground, even though Cameron had an almost fully-formed vision. Instead, years later, MGM made a deal with Sony that finally brought Peter Parker home to the tune of $825 million.

These days Quentin Tarantino is revered as a creative visionary – one of the finest filmmakers to ever hit the hallowed streets of Hollywood (and a guaranteed box-office moneymaker). But back in the early 1990s, he was still proving his worth. Pulp Fiction is viewed as a classic now, but getting it made was an arduous process that took far too long. 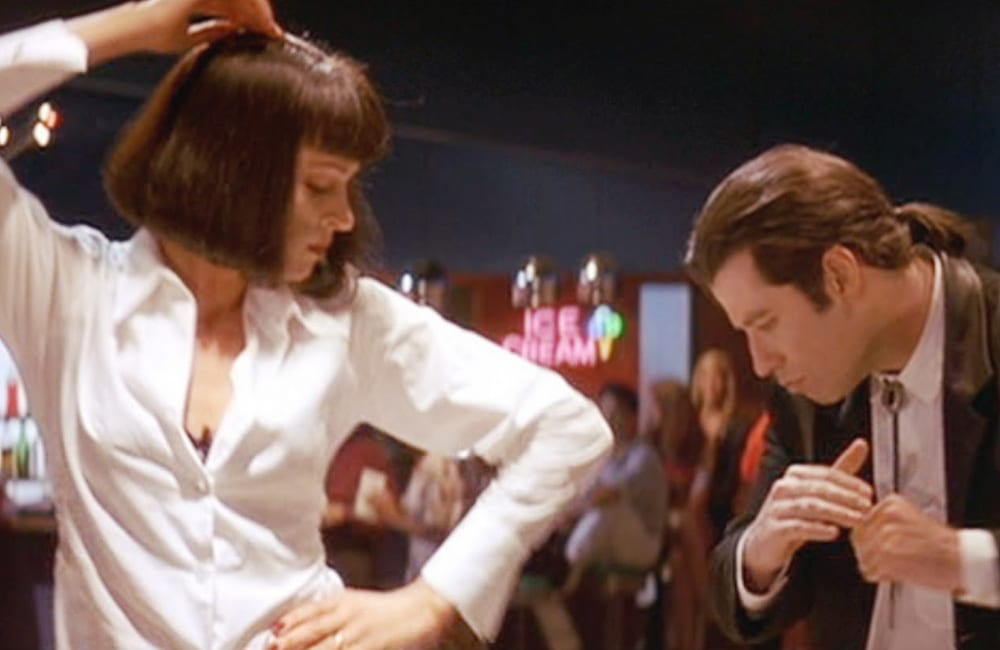 Sony’s Columbia TriStar was originally on board, even going so far as to announce their intention to make the movie in Variety. However, a short time later they backed out, dubbing the movie “too long, violent, and unfilmable.” Their loss was Miramax’s gain as Pulp Fiction went on to make $213.9 million against a paltry $8 million budget.

Baby-faced McCaulay Culkin stole hearts and tickled funny bones as wisecracking Kevin McAllister in 1990’s Home Alone. The movie helped cement Culkin’s status as the child star of his era. Producer John Hughes finally signed a deal with Warner Bros. to make the movie, but Warner Bros. had some strict rules in place. 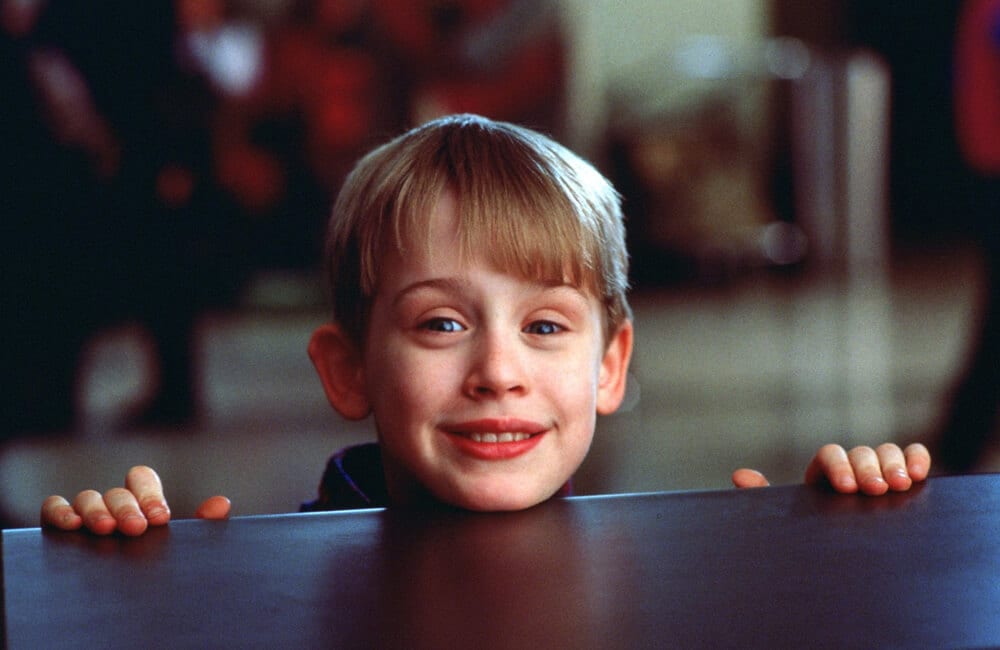 If the budget exceeded $10 million, they were out. Hughes knew early on that this would be an issue, so he secretly met with Fox. When the costs began to increase, Warner Bros. backed out and Fox crept in. It proved to be the right move, with the budget eventually landing up at $18 million against a worldwide box office gross of $476.7 million.

Star Wars without George Lucas simply isn’t Star Wars at all. Although the first Star Wars movie was eventually released in 1977, Lucas had been trying to get the movie made for several years leading up to that point – meeting rejection after rejection along the way. 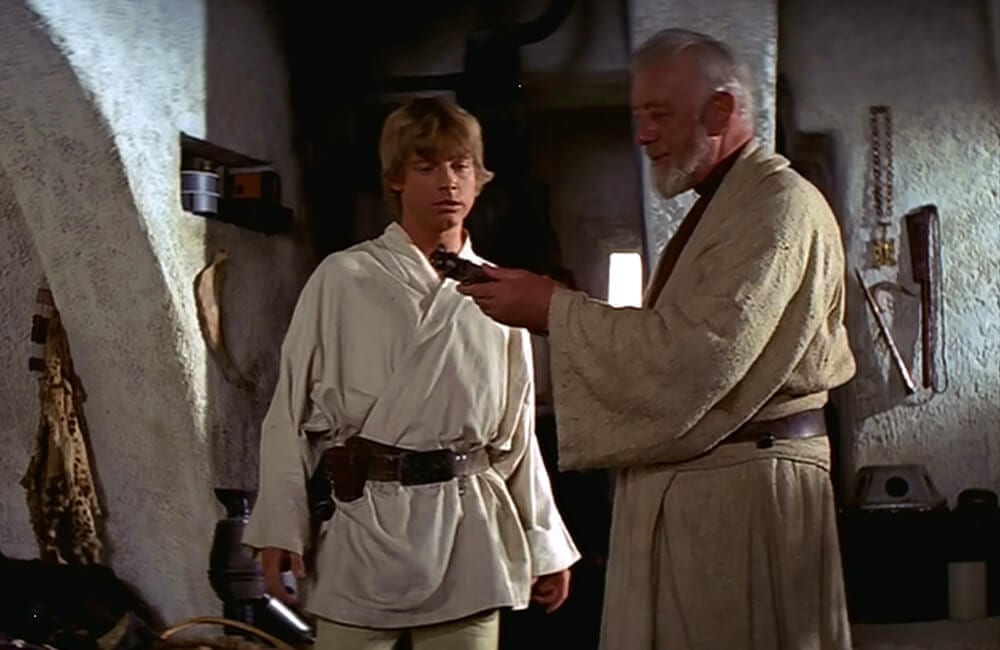 United Artists, Universal, and even Disney passed up on the idea of a space opera, claiming it would be too long and too strange for audiences to invest in (it didn’t help that Lucas originally envisioned the entire film being dubbed in an alien language). 20th Century Fox finally ended up taking the bait, seeing an enormous return on their investment when the movie took $775.8 million at the box office and reinvented Hollywood for good.

The Lion King is one of Disney’s most beloved movies, telling the story of betrayal, loss, and triumph over evil – with undeniably catchy songs thrown in for good measure. However, while it always was a creation from the House of Mouse, it underwent several revamps and rejections (even from Disney) before eventually coming to fruition. 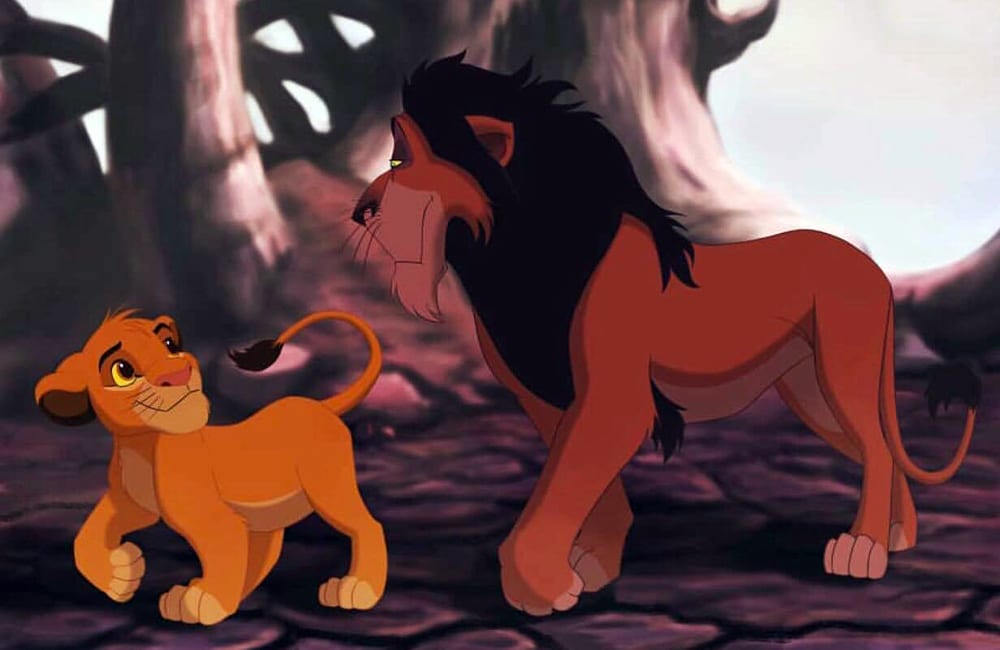 The idea first came about in 1988 and was titled The King of the Jungle, but when Don Hahn came on board as producer, he wasn’t convinced. Hahn ordered one last reworking of the plot. Magically, it worked, and the movie was saved from oblivion, going on to take $968.5 million.

William Peter Blatty’s beloved book wasn’t for the faint of heart, but no one could have predicted just how much of an impact the 1973 screen adaptation of The Exorcist would have. The road to success wasn’t easy, though. Given the nature of the movie, no one wanted to star in it, let alone finance it. 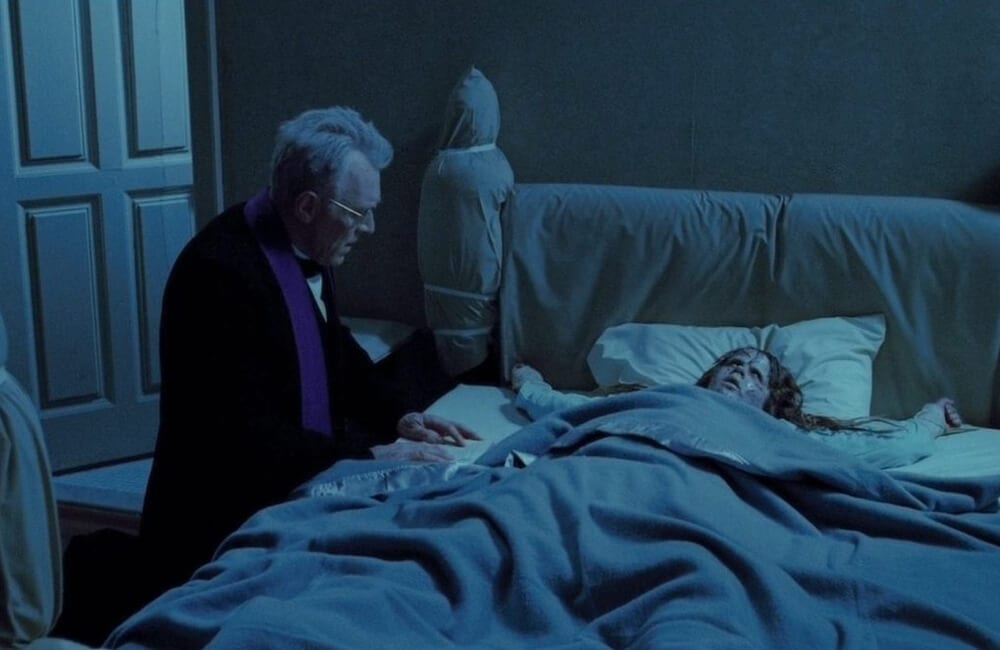 Master of Suspense himself Alfred Hitchcock was initially offered a chance to buy the rights to Blatty’s book as well as to direct it, but Hitchcock famously refused. AT&T’s Warner Bros. ended up winning the iconic tale that would scare viewers so much that some would run from the theaters screaming, helmed by iconic neo-realist filmmaker William Freidkin.

Back in 1994, most of us knew Keanu Reeves as that guy from Bill and Ted. Needless to say: he was not seen as an action star. That all changed when he took on the role of Jack Traven in Jan de Bont’s Speed. The tale of the rigged bus would become instantly iconic, taking over $350 million. 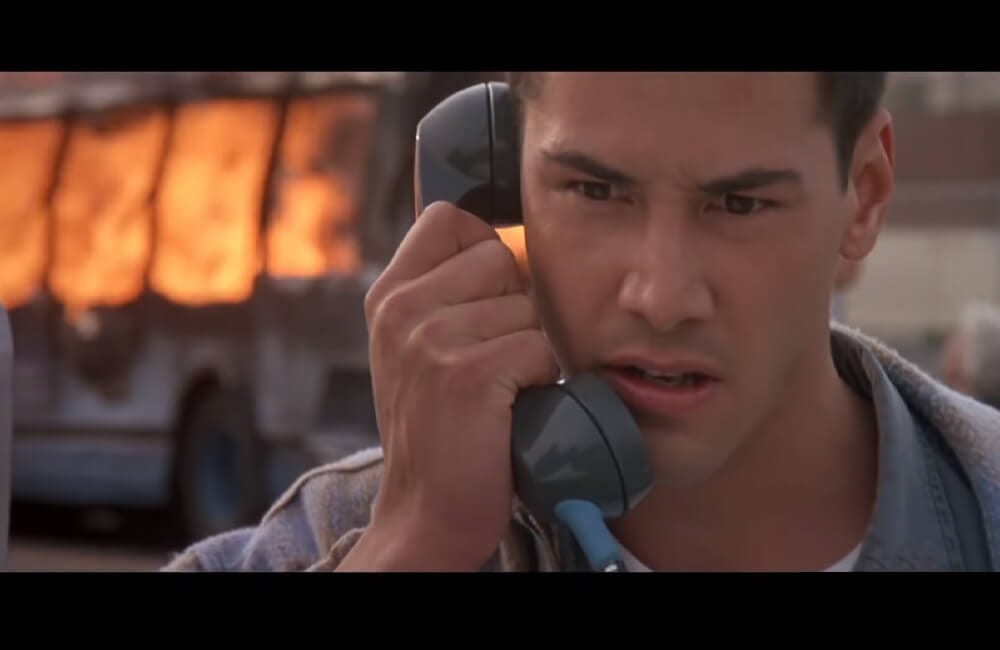 Before Disney’s 20th Century Fox picked it up, Paramount Pictures expressed a lot of interest. They liked Graham Yost’s script, but ended up changing their minds, believing that watching two hours of action on a bus would be boring. Boy were they were wrong.

Bruce Willis has starred in so many hits over the years it’s hard to keep track. Perhaps one of his most recognizable roles came in 1999’s The Sixth Sense, directed by M. Night Shyamalan. The eerie story of a boy who can talk to ghosts isn’t without its surprises. 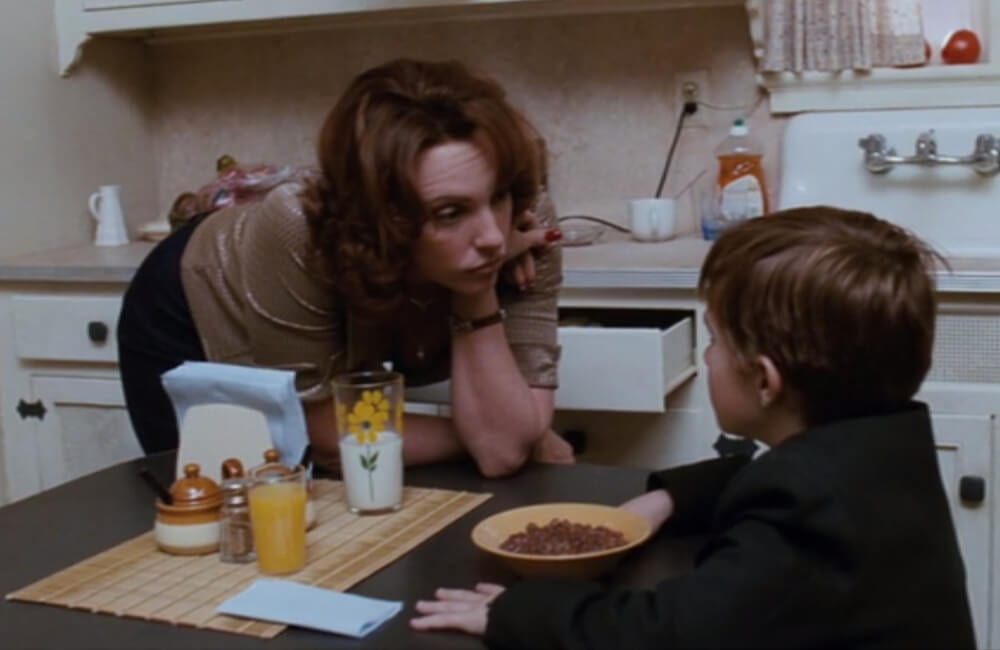 Perhaps the biggest surprise of all was that Disney executive David Vogel bought the script without seeking the approval of the company. He was later dismissed by the powerhouse, who sold the script to Spyglass Entertainment. The movie later went on to rake in over $670 million.

Back in the 1970s Gene Hackman was still becoming a household name. So when 20th Century Fox agreed to let him star in William Friedkin’s The French Connection, it was a match made in heaven. The road to success wasn’t always paved with gold, though. 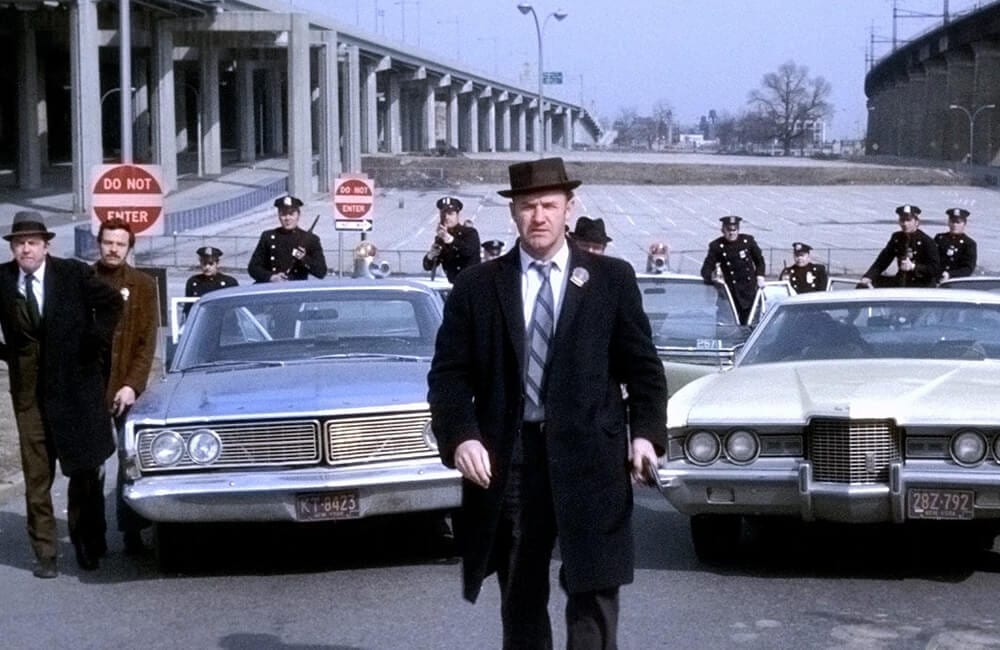 National General Pictures initially had the rights to the pitch (which is based on a true story), but after some consideration rejected the film. It would end up costing the studio greatly. Fox picked it up, happily paid the $1.5 million tab, and took home over $75 million in profit. It’s all in a day’s work for the titans.