It’s no secret that making movies is a very lucrative business, but there’s a lot more to it than pointing a camera and yelling, “Action!” Every great cinematic masterpiece has many elements, but some of the highest-grossing movies of all time have featured more than just talented actors.

Some of them feature truly iconic cars that have become stars of the silver screen in their own right. Whether it’s a beat-up Ford or a top-of-the-line Ferrari, these four-wheeled wonders have helped take these movies to the next level – but just how much are they actually worth?

The makers of the Back to the Future series famously created a “DeLorean time machine” for this sci-fi classic. The car was created by director Robert Zemeckis and Bob Gale, and this iconic DeLorean went on to define the series. The DeLorean required six duplicates, including one totally made out of fiberglass. 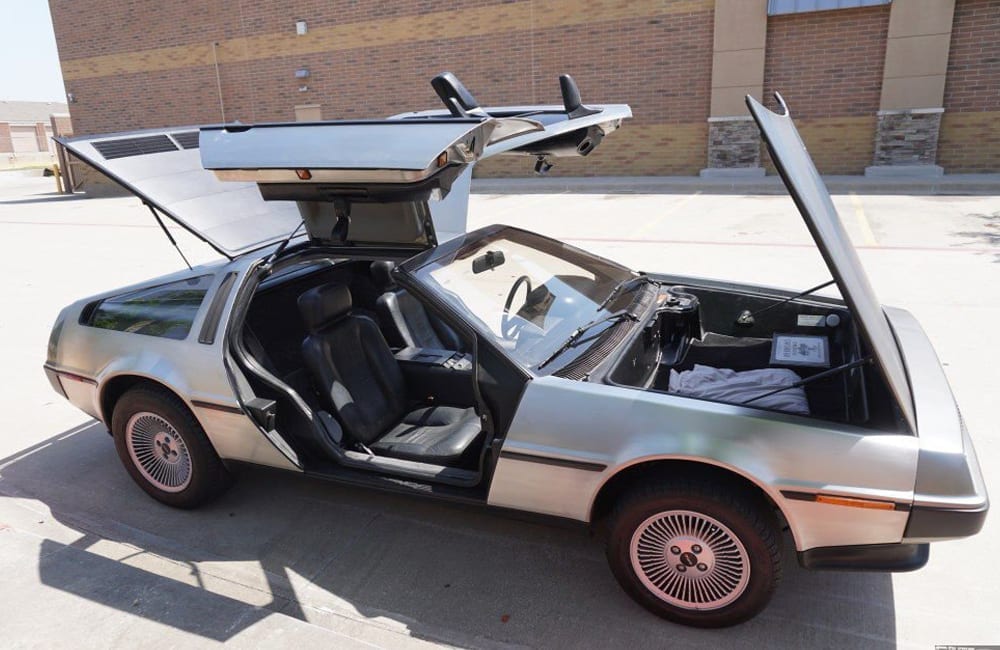 1981 DeLorean DMC-12 (Back to the Future) @USClassicAutos / Twitter.com

The fiberglass replica was necessary for the flight scenes, where the time machine “flies” on screen. Today, only three of these original DeLoreans exist. Without the marvel of the DeLorean, would the Comcast franchise have become so valuable? It may have cost $100,000 to make the car a reality, but it was worth every penny.

This Ford Mercury Convertible Deluxe famously transformed into Greased Lightning. While the 1948 convertible (probably) can’t fly in real life, it is still quite powerful. Greased Lightning has a 239.4CID engine. It is painted in the color Kandy Red with white lightning bolts along the sides.

The car was built by directors throughout the film, including the original dilapidated version that the T-birds spruced up. The car sold in the last few years for $600,000. As for the Paramount movie itself, it took $366.2 million at the box office and went on to become a classic, thanks in part to the famous car.

The classic Thunderbird from Thelma and Louise is a 1966 Ford, and it was an integral part of this incredible film. This car was designed by MGM for the feature, later purchased by Barrett-Jackson and placed up for sale. 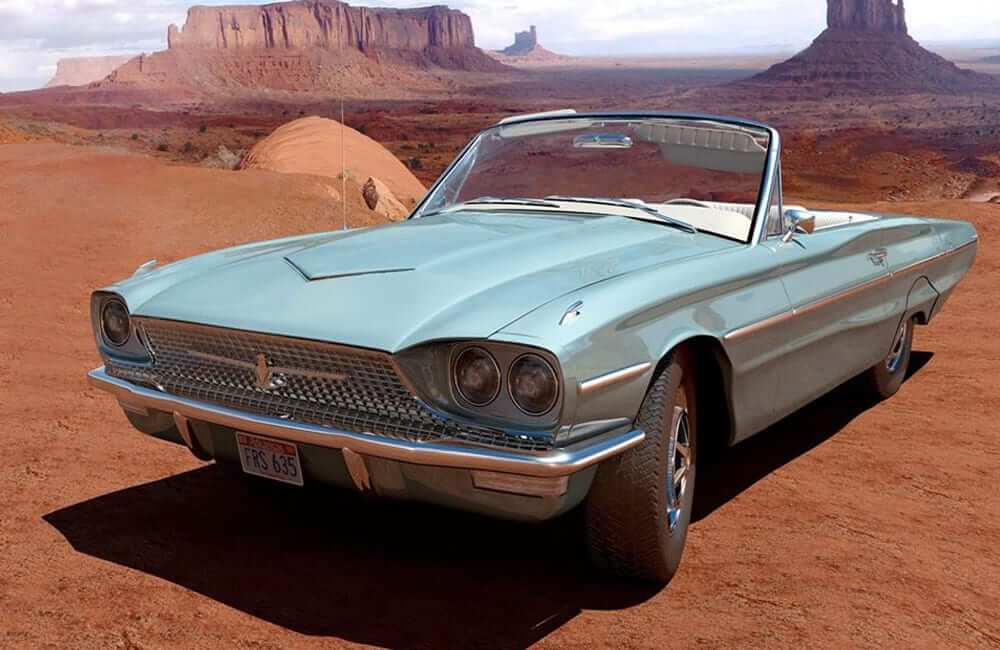 Currently, it comes with actual Letters of Authenticity from MGM, confirming the car is what listings say it is. For an extra thrill, there is a photo of Brad Pitt signing the rear seat armrest. Interestingly, while the car itself is worth over $71,000, Pitt only received a measly $6,000 for his appearance in the movie.

The Aston Martin DB5 became one of the world’s most famous cars as a result of the 1964 Bond classic Goldfinger (and then reappeared in Thunderball). A replica of the grand tourer is on display at the International Spy Museum, located in Washington, D.C. 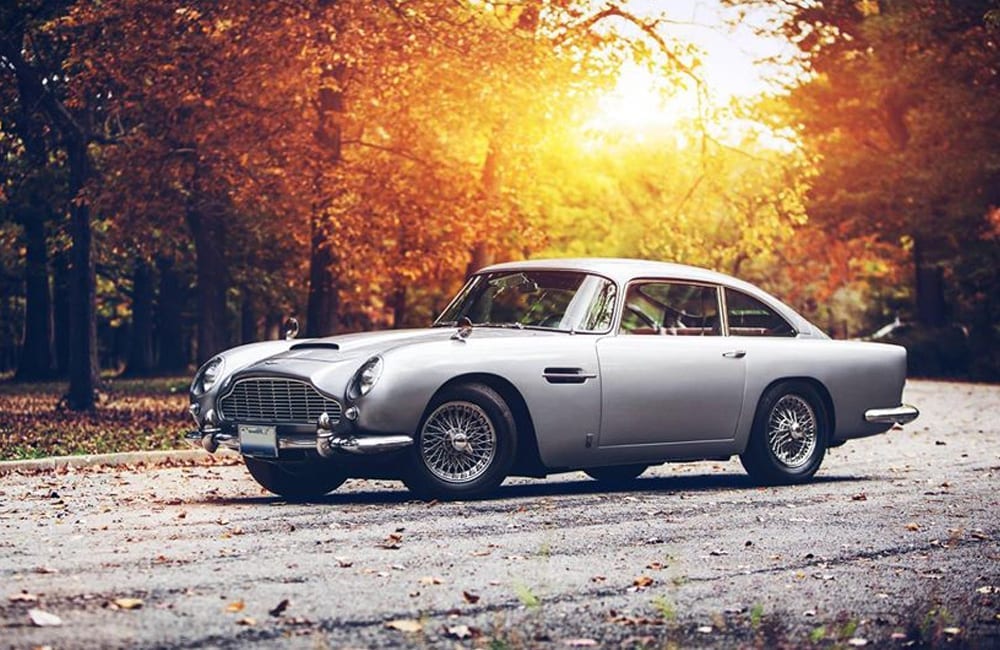 The car, modifications and all, was sold in 2010 to a car collector named Harry Yeaggy. He bought it for a whopping $4.6 million. The replica still has the gun barrels behind the front indicators (which pop out on command), as well as the bullet-shielded rear window. James Bond cars are among some of the most valuable in the entire movie business.

Burt Reynolds’ career vaulted to iconic heights with the release of Smokey & the Bandit – but the car he drove, a black and gold Pontiac Firebird Trans Am, became equally famous. The 1977 Trans Am had multiple duplicates made for the stunt-heavy production. 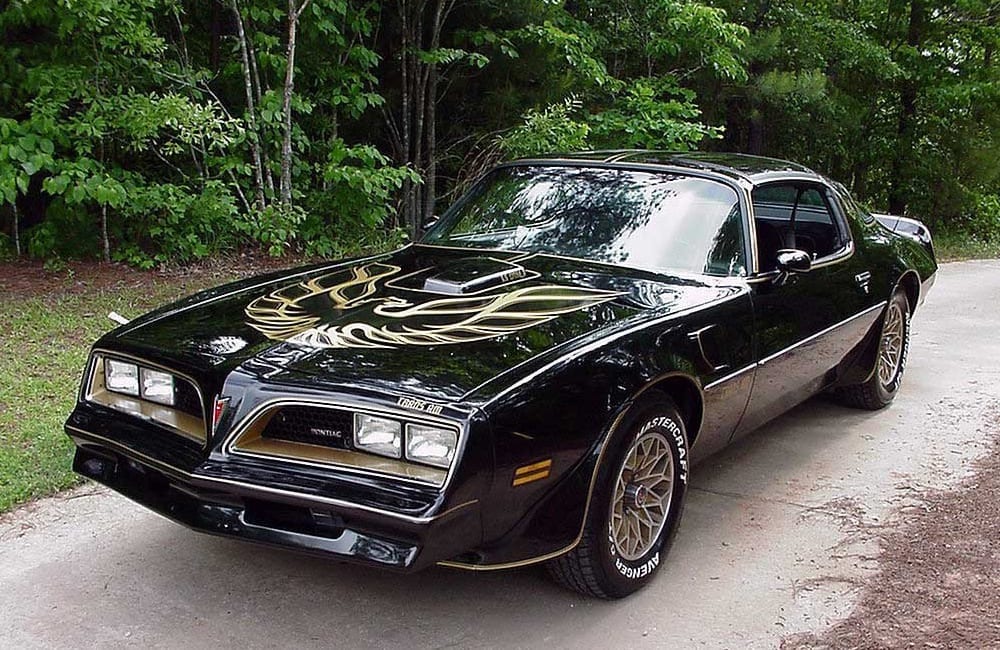 1977 Pontiac Trans Am (Smokey and the Bandit) @brucetroxell / Twitter.com
Advertisement

By the time filming wrapped, there was only one surviving Trans Am that with the original black and gold paint, and it is owned by an anonymous person in Southern Florida. The Universal movie ended up taking $126 million against a $4 million budget. Reynolds took home $1 million for his efforts.

This 1940 Buick Phaeton is the famous car from Casablanca, and despite its age it only has 42,000 miles on its odometer. The Phaeton was mechanically restored back in 1990 with a 320.2 cubic-inch eight-cylinder inline engine and a manual three-speed transmission. The car’s interior still has cigarette burns in the broadcloth from Humphrey Bogart’s cigarette smoking. 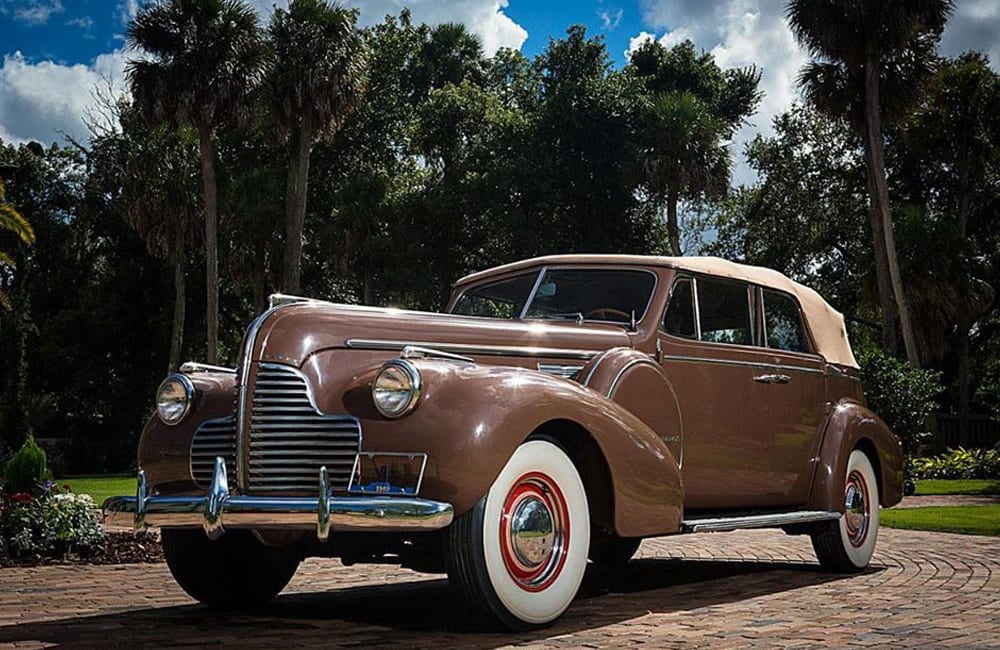 The interior has water damage from the film as well. The piece of movie history crossed the auction block several years ago, after Warner Brothers allowed it to be sold. It was sold at Christie’s Auction before being transferred to Bonham’s, who estimates the value at half a million.

This iconic 1963 Volkswagen Beetle took some damage during the filming of the Herbie movies, but it was restored by Tony Alonzo before it was purchased by Walt Disney in 1968. There were ten variations of this VW car, and all came with the painted-on number fifty-three which came from Don Drysdale, a Dodger star. 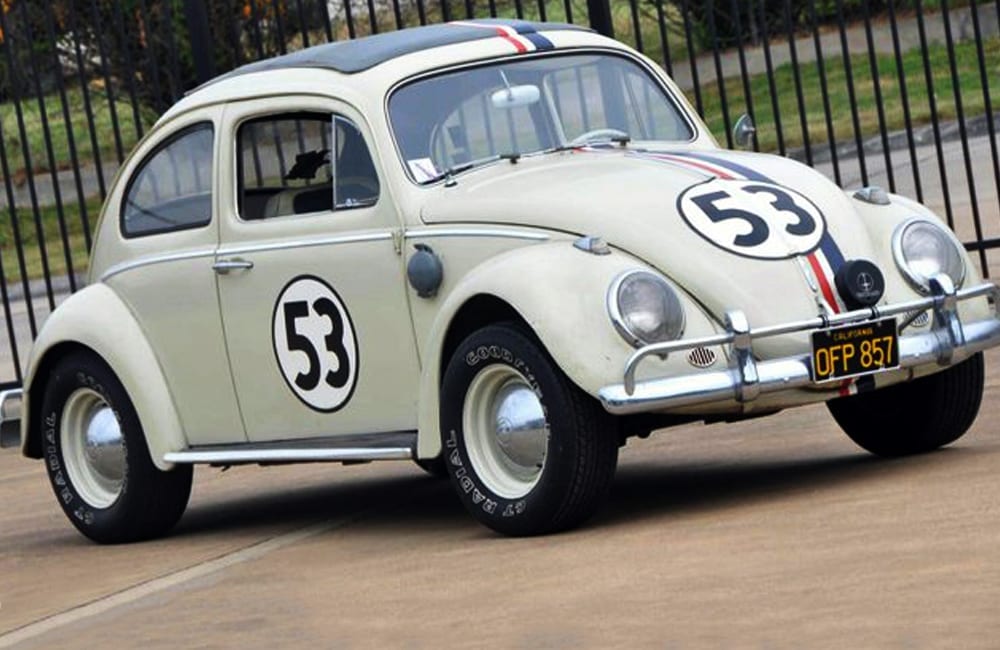 The car was one of several that filmed at Riverside Raceway, located in Southern California. Herbie may be worth $126,000 now, but the movie franchise didn’t do half bad, either. If Disney knows how to do anything, it’s how to make money.

We could fill up five of these lists with cars from The Fast and Furious series, but one of the most famous out of all of them is, indubitably, the Toyota Supra. Paul Walker’s character drove the car in the 2001 film, and it was reportedly one of his favorites. 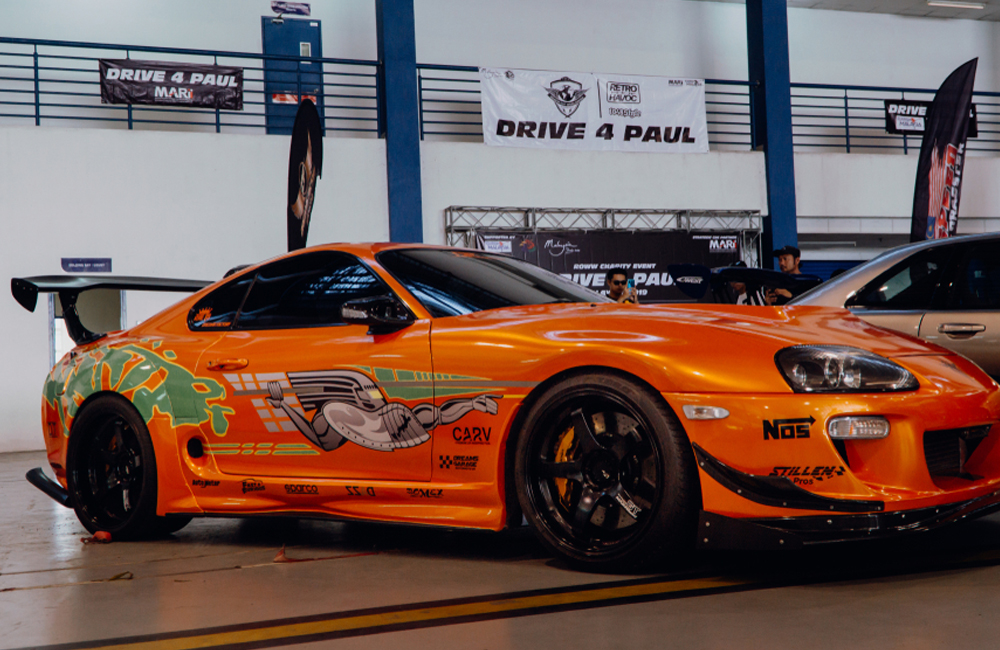 Toyota Supra (The Fast and the Furious) ©danialkzm / Shutterstock.com
Advertisement

The car was sold at an auction in 2001 for $185,000. As we well know, the franchise has become highly lucrative,with just the first four movies alone taking over $960 million at the box office. The actors have a part to play, but the cars are just as important.

Built by famous designer George Barris, the original Batmobile was based off a 1955 Ford Lincoln Futura. This concept car was worth $250,000 at the time. But by the time it had become an iconic part of pop culture, the Batmobile was worth $4.6 million. 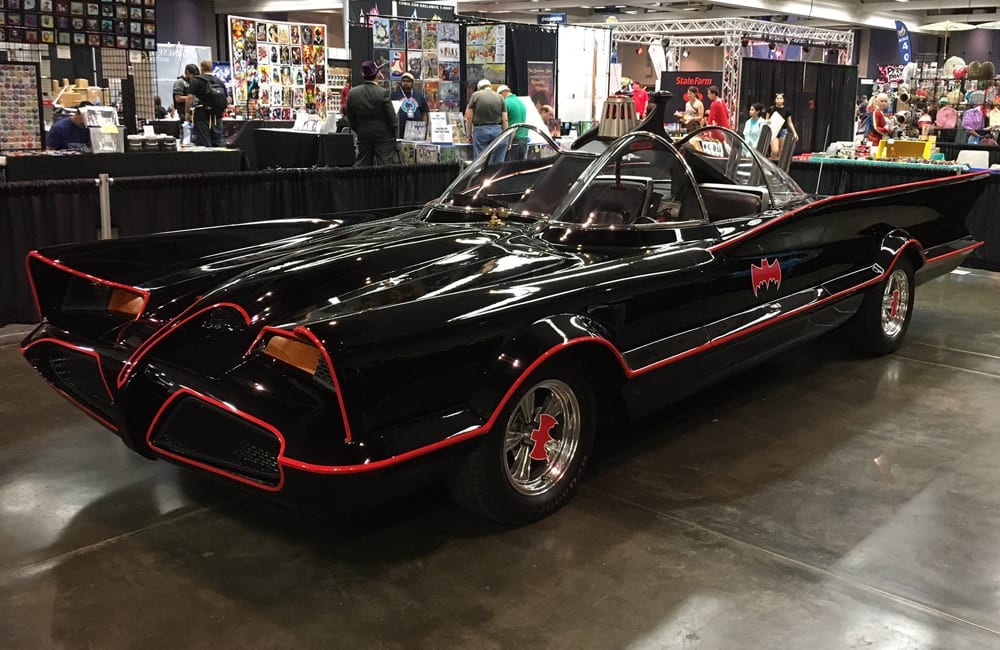 The car was engineered with many special effects and modifications, courtesy of Barris’ company, Barris Kustom Industries. Barris was selected by Disney’s ABC for his stellar reputation as a Hollywood customizer. Barris’ creation would go on to inspire the vehicles in Batman Begins and The Dark Knight which were both financial successes.

The Transformers movies’ most famous character is Optimus Prime, who transforms from this massive 1922 Peterbilt 379 stunt truck. It was made in 1992, and has since been sold for upwards of $100,000. 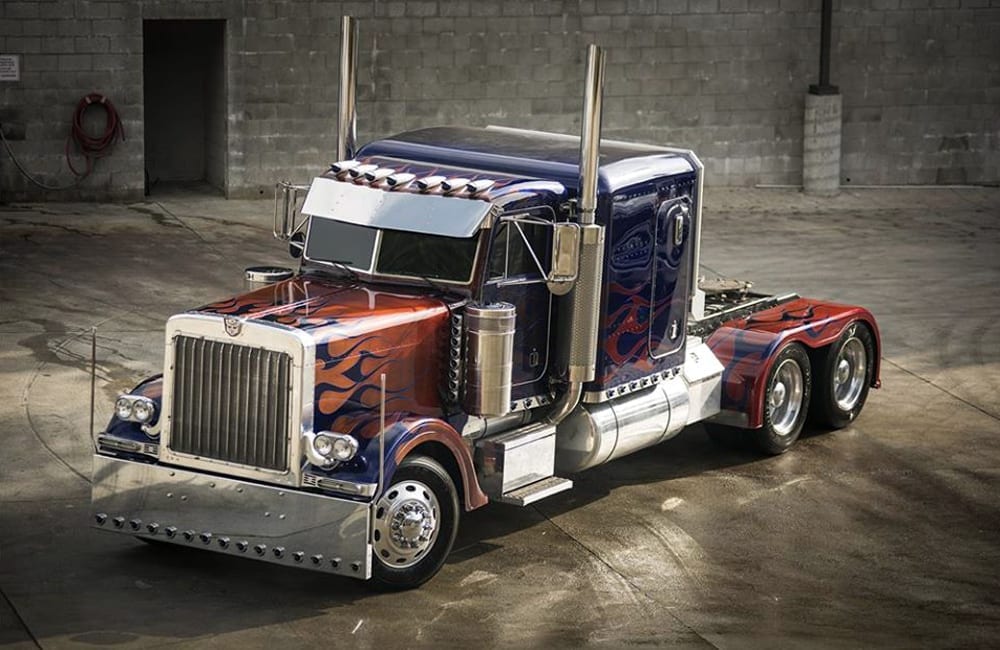 For Transformers fans, the choice of the truck was a controversial choice at the time. Director Michael Bay chose the blue-and-red flamed truck as Prime’s vehicle despite criticism. Luckily, the risk paid off and the entire franchise went on to become very lucrative, surpassing $4.8 billion in box office revenue.

My Fair Lady was an award-winning film that was released in 1964. But one of the movie’s most striking images was that of the 1912 Rolls Royce Landaulette, which had coachwork done by Muhlbacher in Paris. The vehicle is now part of the Bothwell Collection at Bonhams. 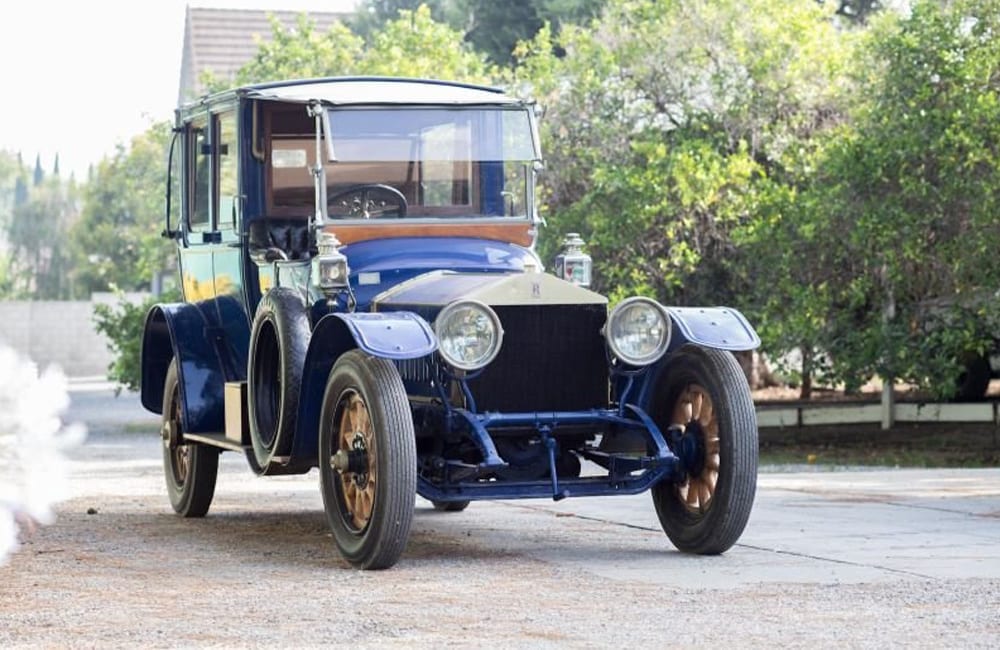 This classic movie car gets 50 horsepower at 1,500RPM, and it comes with a six-cylinder L-Head inline engine and a four-wheel leaf spring suspension. The car contributed to the overall success of the movie, helping it become a highly lucrative classic. It also helped secure the reputation of Audrey Hepburn, who went on to amass a fortune of $55 million.

The iconic 1912 Austro Daimler Touring Victoria, as seen in the movie Titanic, sold for $176,000 at auction at Bonhams. Austro Daimler had been in business for nine years before it designed the 1912 Touring. Eight decades later, the filmmakers of Titanic would copy this design to complete the period aesthetic for their Oscar-winning film. 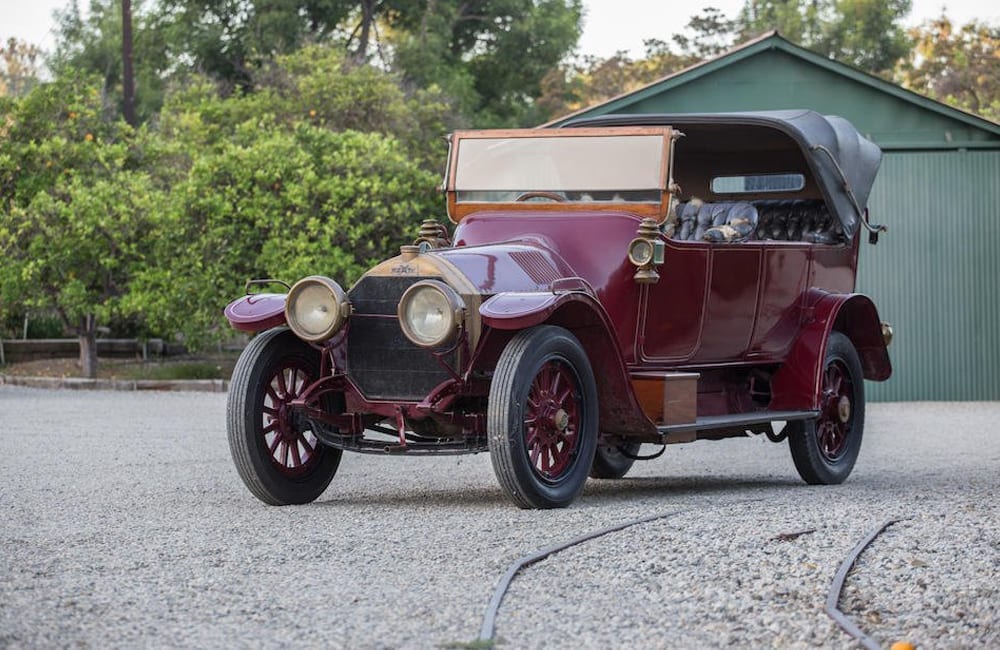 But the Victoria wasn’t new to film. It also appeared in Chaplin, a biopic from 1992 about Charlie Chaplin. It served as set dressing for the biopic, but it was more well-known in Titanic. The Daimler also may look familiar, as a replica of it had a place in the movie The Italian Job.

This Dodge Charger driven by the Duke Boys in Dukes of Hazzard was one of many, as fans of the show likely remember the Duke Boys being pretty rough on their cars. The bright orange General Lee was based on the car owned by famed bootlegger Jerry Rushing. Rushing’s car was named “Traveller,” which was General Robert E. Lee’s favorite horse. 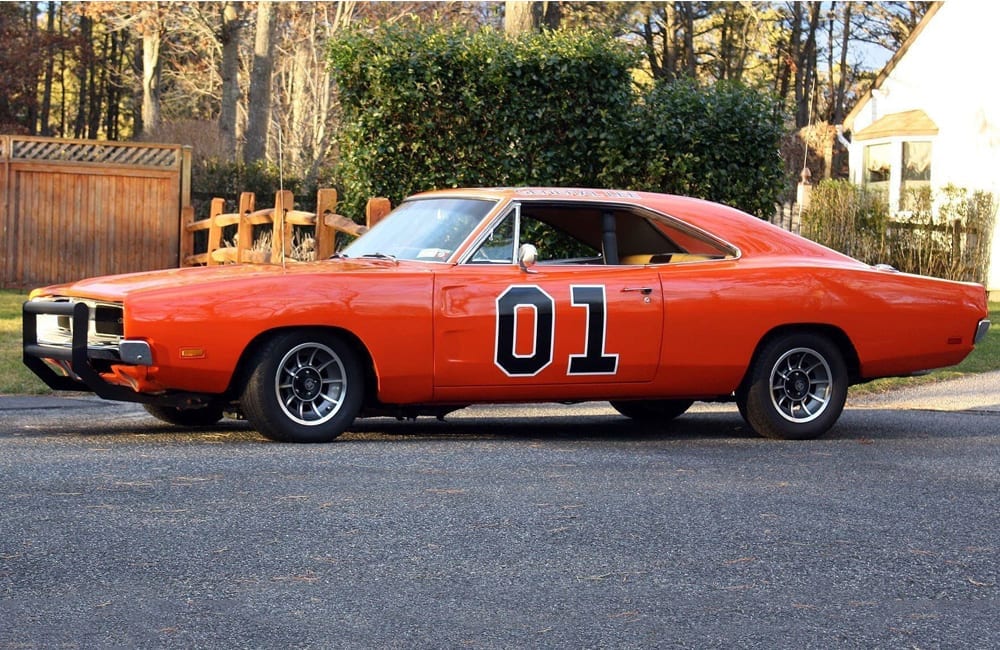 The actors may not have known it then, but the car would go on to become worth over $77,000. In many ways, the vehicle was one of the stars of the show, alongside the main cast. Without it, the show wouldn’t have been the same.

This 1969 Ford Mustang Fastback, which appeared in the movie Bullitt, was constructed in 1968 specifically for the classic film. Warner Brothers created it, and it became Hollywood royalty after its appearance. The vehicle is now owned by Sean Kiernan of Hendersonville, Tennessee. 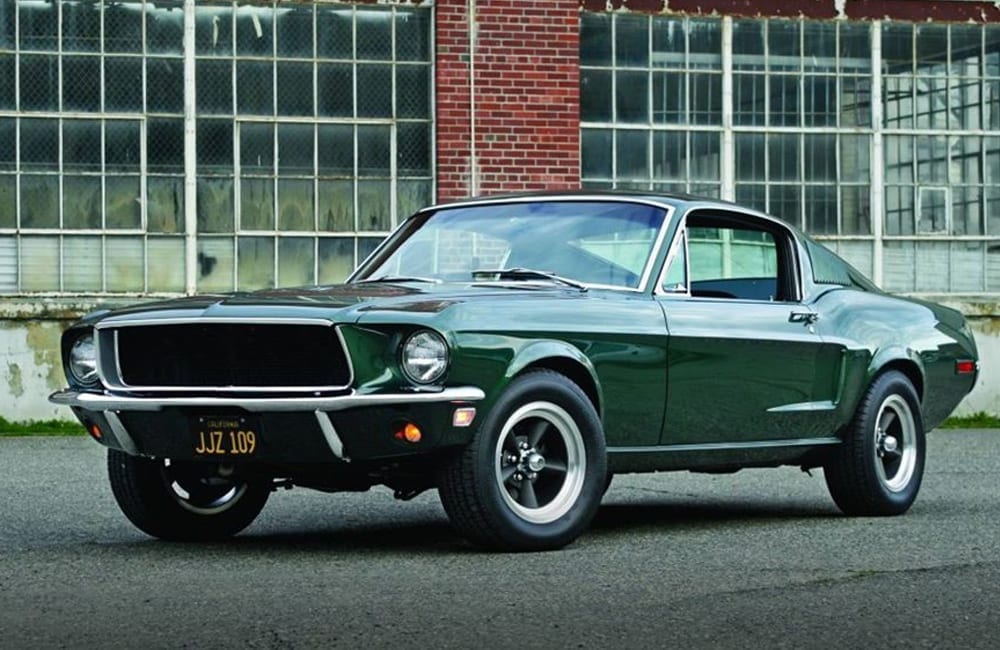 The Fastback was purposefully kept in an unrestored, faded-paint state. The Bullitt Mustang, as it is known, was painted Highland Green and driven by Steve McQueen. As one of Hollywood’s most bankable stars, everything that McQueen touched turned to gold – or at least got a few dollars attached to its value.