We’ve all heard incredible stories of people being rescued from, seemingly, unsurvivable situations. The cost of these rescue missions, however, are rarely spoken about but, usually, cost quite a bit – not for those being rescued, of course.

The cost of a search and rescue operation can’t always be quantified by a monetary price tag. Alternatively, sometimes, the cost of human life far surpasses the large sums of money that were spent on the missions. From extractions that take place in the middle of the oceans to one that occurred behind enemy lines, these are the rescues that have broken the bank.

When Malaysia Airlines Flight 370 departed from Kuala Lumpur International Airport on March 8, 2014, it did so with the intended destination of Beijing. When the aircraft disappeared from air traffic control’s radar less than an hour after take-off, the search for the 227 passengers and 12 crew members began. 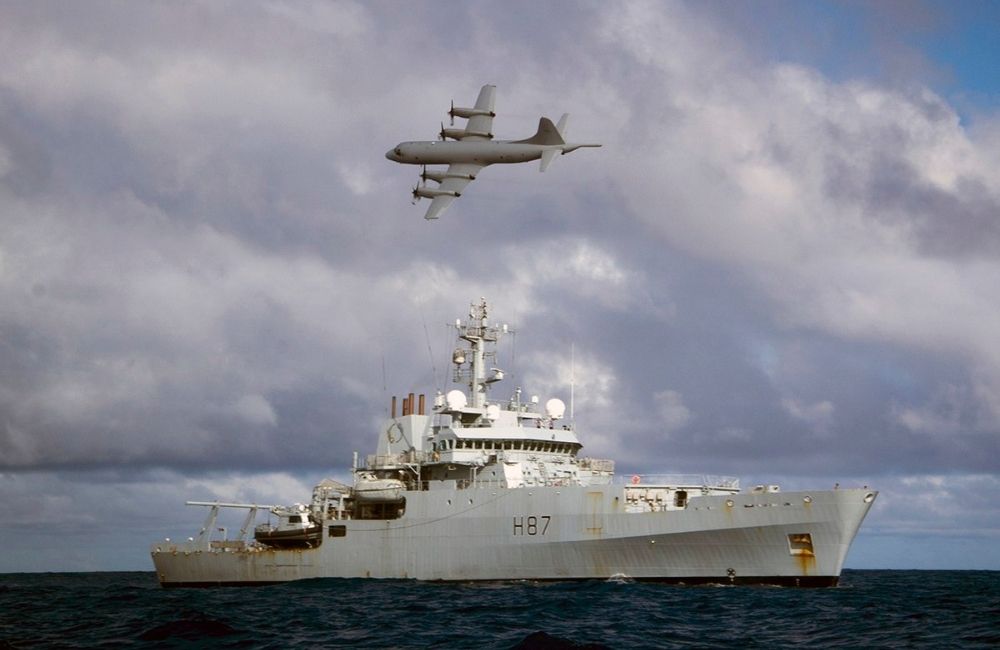 So far, more than $140 million has been spent on trying to find out what happened on that fateful March day back in 2014. More than 2 million square miles of the ocean’s surface has been searched, as have close to 50,000 square miles of the underwater world, and yet, to date, no signs of the missing vessel have been discovered.

Throughout history, there have been countless occurrences of mines collapsing. On most occasions, the resulting search and rescue operations don’t have the greatest outcomes – as was the assumption of what would be found upon clearing the wreckage that trapped 33 miners 2,000 feet below the surface of Northern Chile’s San Jose copper mine. 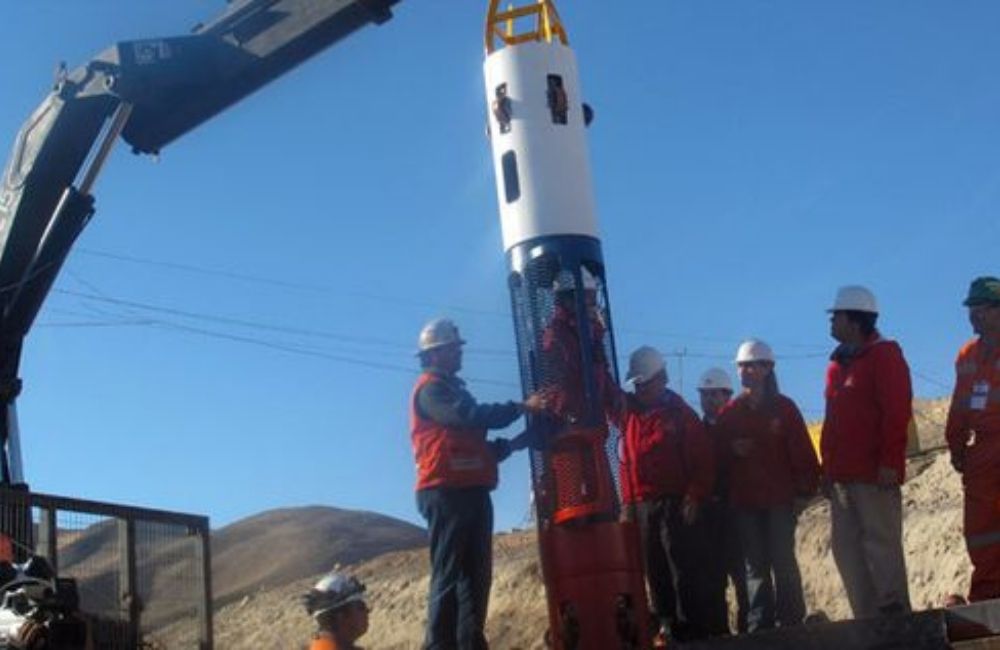 It was 17 days after the main ramp’s collapse that contact with the miners was initiated, and another 52 days before they would be rescued from their underground prison. Approximately $22 million was spent on the rescue that involved hundreds of people and drilling a human-sized hole hundreds of feet through solid rock.

At the beginning of September, back in 2007, Steve Fossett took off in a single-engine plane, in hopes of achieving what Amelia Earhart set out to do 70 years earlier – his plane disappeared shortly after the adventure began. In a search of the Sierra Nevada Mountains, that carried on for over a month, nothing was found – not even the satellite searches turned up with any signs of Fossett or his plane. 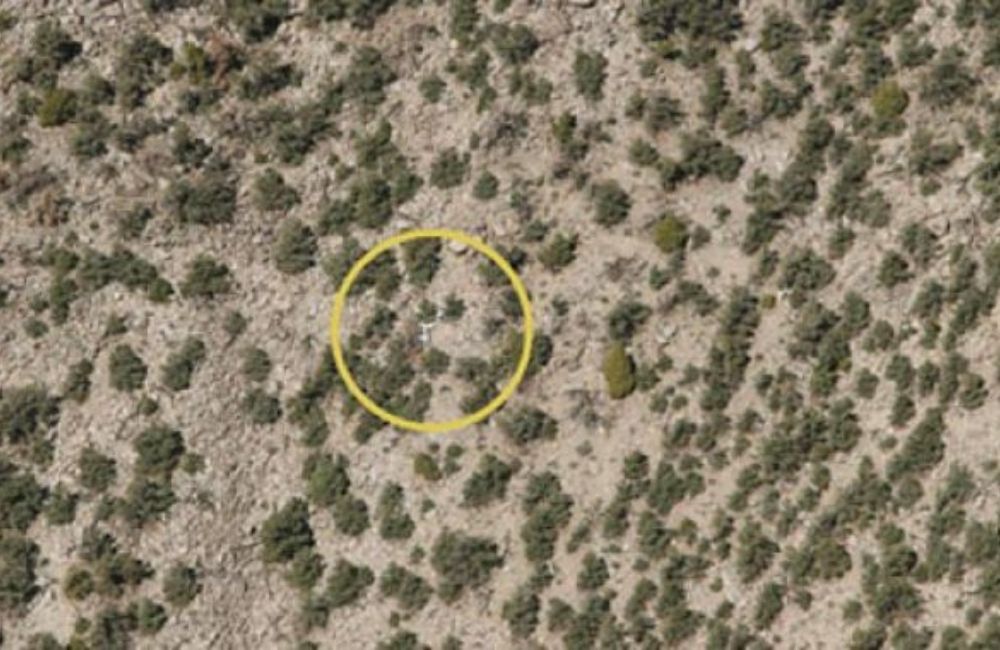 In the later part of 2008, when a hiker stumbled upon his I.D., the search was resumed for Fossett. After more than a year, $3 million in government and private searches, and thousands of volunteers’ help, the remains of Steve Fossett and his plane were, finally, found.

In the summer of 2013, a group of tourists, who thought that a camping trip in the arctic sounded fun, were reported to have been trapped on an ice floe that was drifting further from land. After the fact, the tour guide insisted that everything was under control, but that was after the military had already reported to the scene. 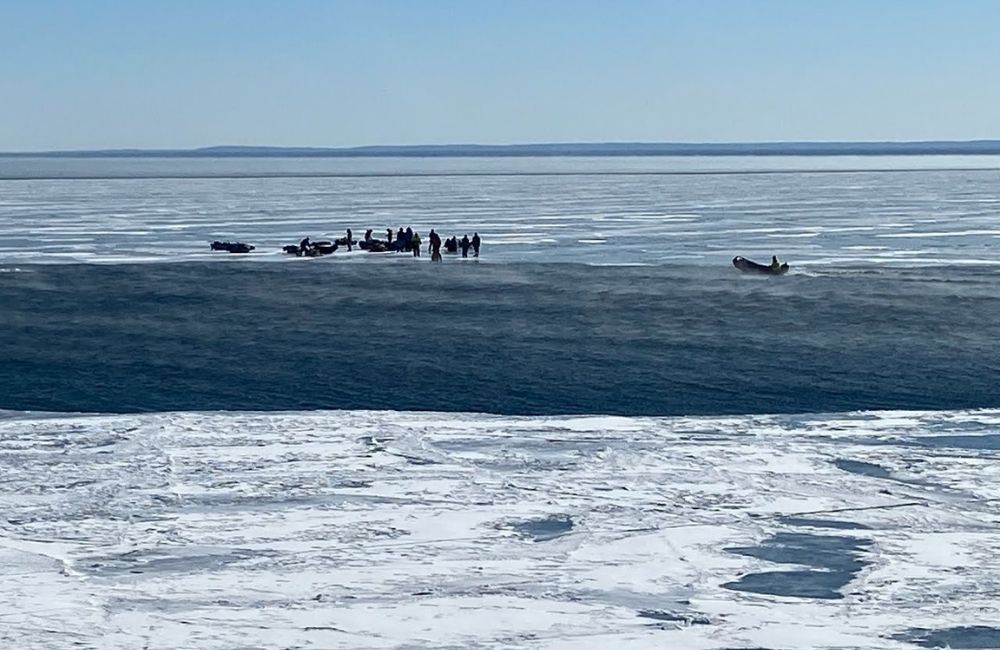 Per hour, each Hercules transport plane costs approximately $30,000, and considering that, at least, 3 of them were used, there was quite the hefty bill for a rescue mission that didn’t even need to take place. When it comes to the possibility of people being stranded adrift on an ice floe, however, it’s probably best to heir on the side of caution.

While exploring the Riesending Cave in Bavaria, Johann Westhauser had an accident that resulted in him being trapped, after already descending more than 3,000 feet into the cave. Due to its challenging location, the ensuing rescue cost around $1.5 million to perform. 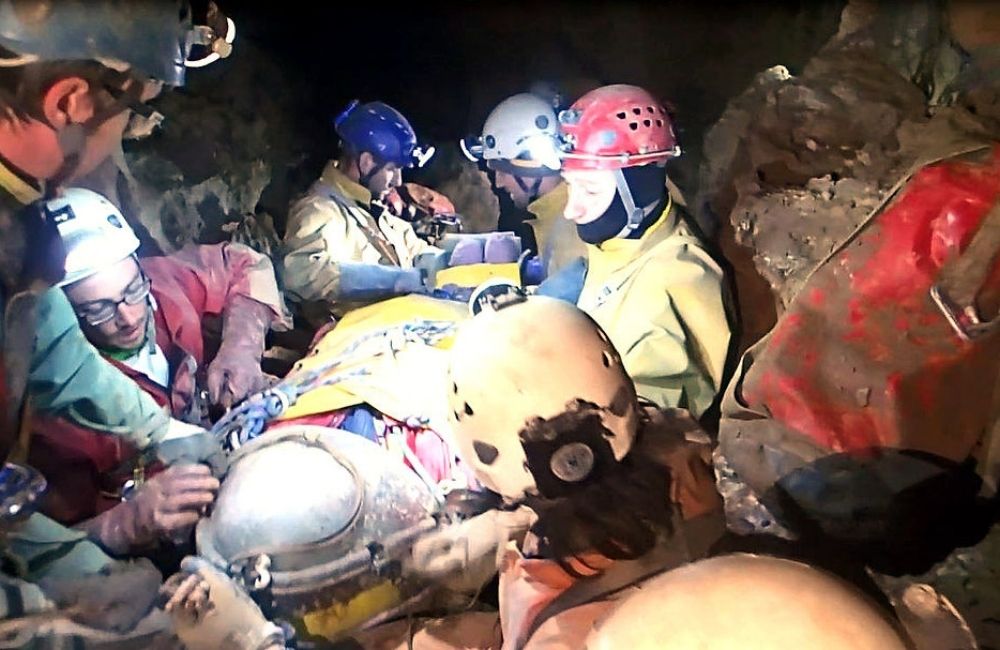 Rescuing the German speleologist (someone who studies caves) was no easy feat. It would have taken a well-bodied experienced explorer more than 10 hours to traverse the path to where Westhauser was trapped, and these rescuers were far from professionals. They did make it over to Johann, however, and despite the trauma, he had experienced to his head, amongst all the other injuries, he was brought out alive 11 days after his nightmare began.

On June 6, 2021, Cyril Derreumaux left the American West Coast in a custom-made kayak with the bright idea of paddling to Hawaii. Derreumaux made it a mere 70 miles before poor weather (and poor planning) resulted in his calling for help. At least Cyril knew when to call it quits and was rescued after 6 days at sea. His rescue cost, approximately, $42,000. 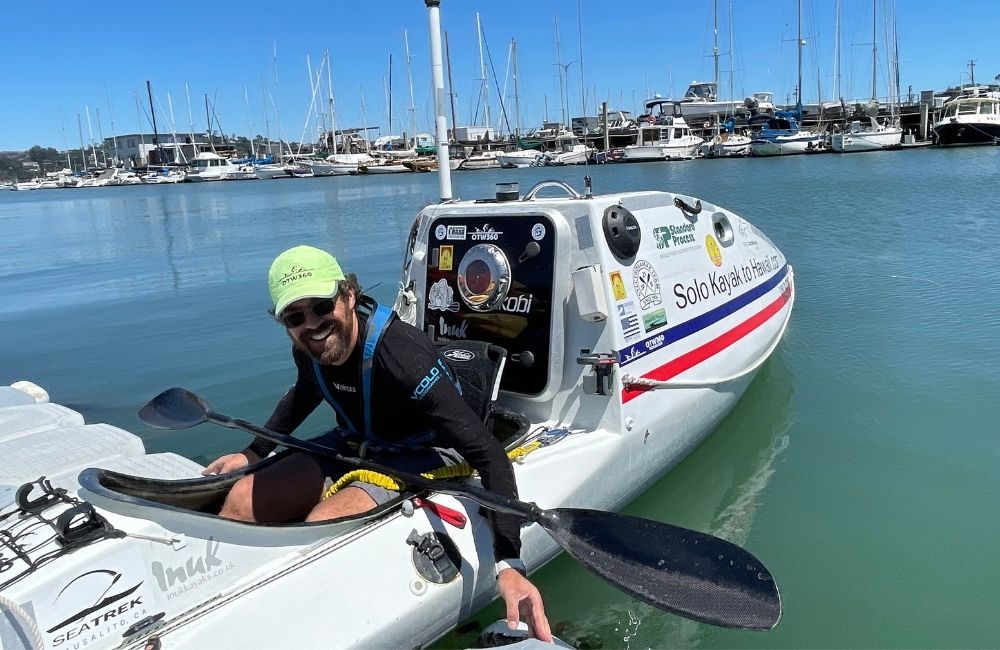 According to the Coast Guard, more than 3,500 people get themselves stranded at sea while attempting to complete the 2,400 nautical mile journey from California to Hawaii or vice versa. That comes to about $150 million of taxpayer money that goes into these rescues every year.

It took until 2014 for the Canadian government to order an official search for the lost ships of the Franklin Expedition. The kicker is, the two ships had been missing since 1845 when Sir. John Franklin and his crew set sail to the Canadian Arctic, intending to map the unknown territory. 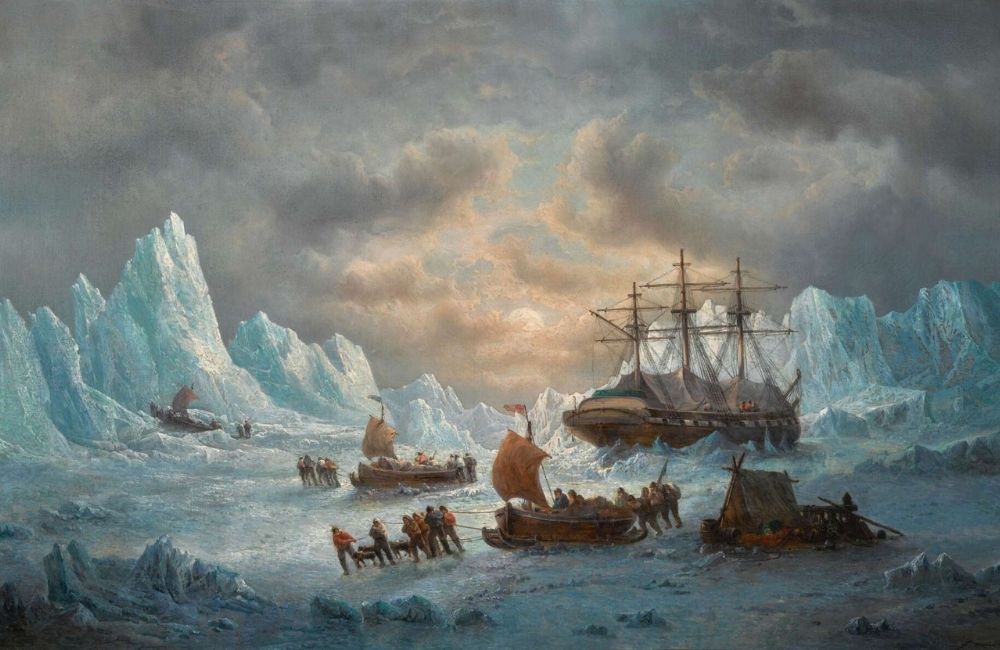 Shortly after the search began, the Queen Maud Gulf (one of the missing vessels) was found, but it took another two years of scouring the seas of the frozen north, before the whereabouts of the second was discovered, bringing a close to one of Canada’s great naval mysteries – and all for a cost of $2.8 million of taxpayer’s money.

On June 24th, 2021, the world looked on as tragedy struck Florida’s Surfside community. The 12-story Champlain Towers South collapsed in the middle of the night, leaving more than 100 people unaccounted for at the time. 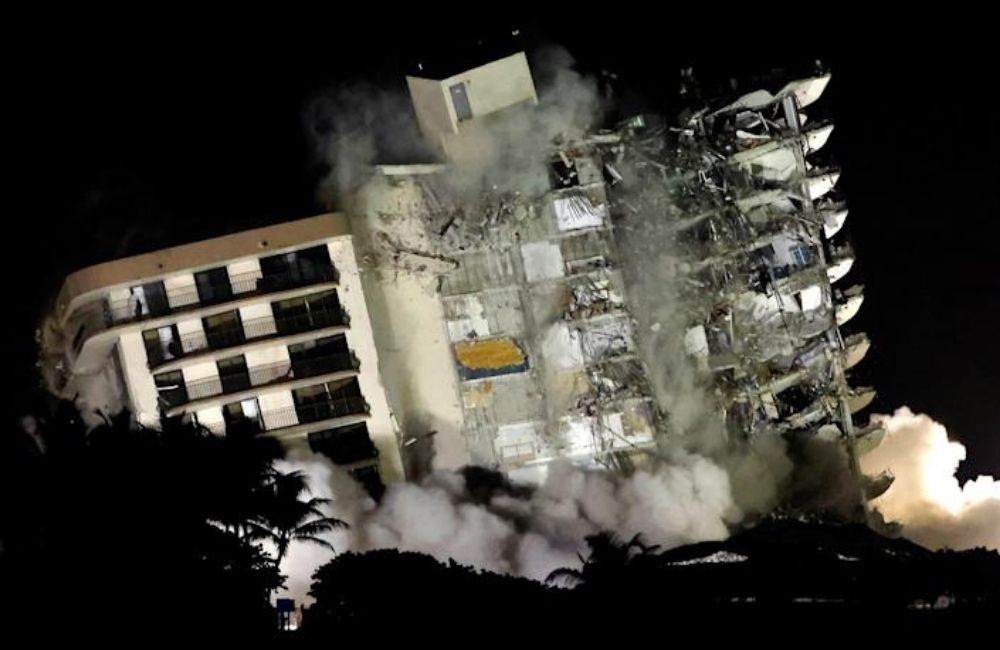 On the day of the collapse, first responders rescued about 35 people from the part of the complex that hadn’t been destroyed, and 4 others were dug out of the rubble alive. Soon after, rescuers arrived from ark over the world to help, including members of the IDF’s National Rescue Unit. Millions of dollars were invested into finding additional survivors in the wreckage but to no avail.

In 1900, the “Society of the Righteous and harmonious Fists”, an anti-foreign influence, anti-Christian group, lay siege to the Peking Legation Quarter, where more than 3,000 Christians, Japanese, and Americans had gone for refuge. 8 nations, including the U.S., Russia, Italy, France, Japan, Austria-Hungary, and Britain, formulated a plan to free the hostages. 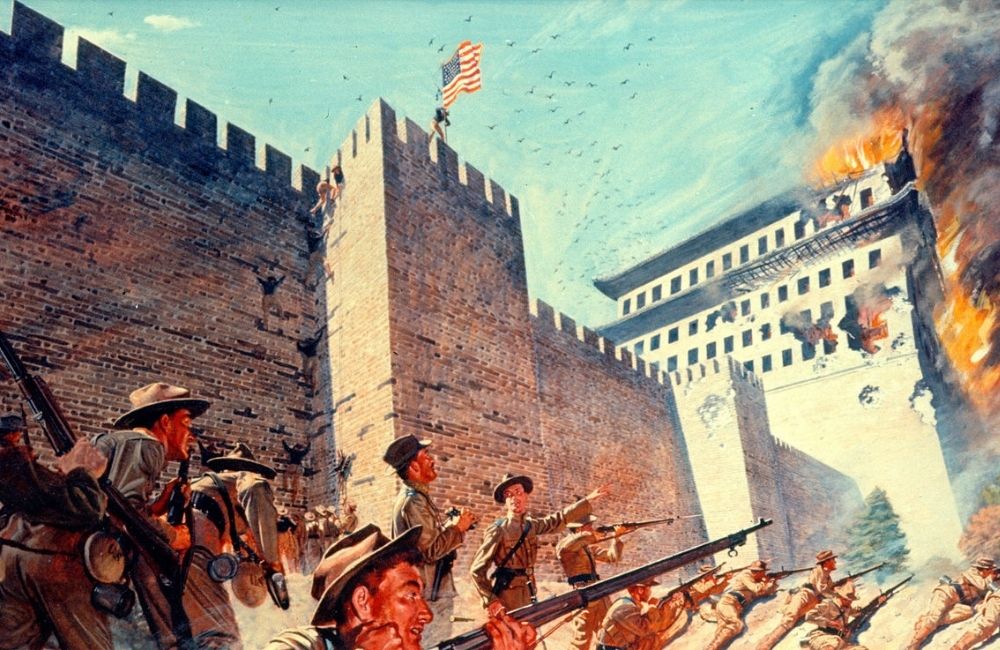 It was simple – come aground in Tianjin, work their way inland, and take the city. It took 54 days for the first two parts of the plan to take shape, but just 1 day for the 400 some odd troops to complete the third. In today’s money, the mission would have cost, approximately, $9.3 billion.

On the morning of September 11th, 2001, the world was changed forever, when terrorists flew two planes into New York’s World Trade Center towers. The rescue operation, that took place in the aftermath of the 9/11 attacks, was one of hurried patience because time was of the essence. Almost 15,000 people made it out of the buildings before they came down, and another 26 were rescued from the towers’ rubbled remains.

It took 9 months and hundreds of millions of dollars to clear the mess that was left in the wake of the attacks, but after Genelle Guzman-McMillan was pulled out of the rubble alive, 27 hours after towers collapsed, the subsequent efforts were for not as the rescuers were unable to find any other survivors.

On September 2nd, 2009, air traffic controllers lost contact with a government helicopter that was carrying the Chief Minister of the Indian state of Andhra Pradesh, Rajasekhara Reddy. Fearing the worst, a search party was sent out looking for the aircraft. Less than 24 hours later, the wreckage of the helicopter was found. 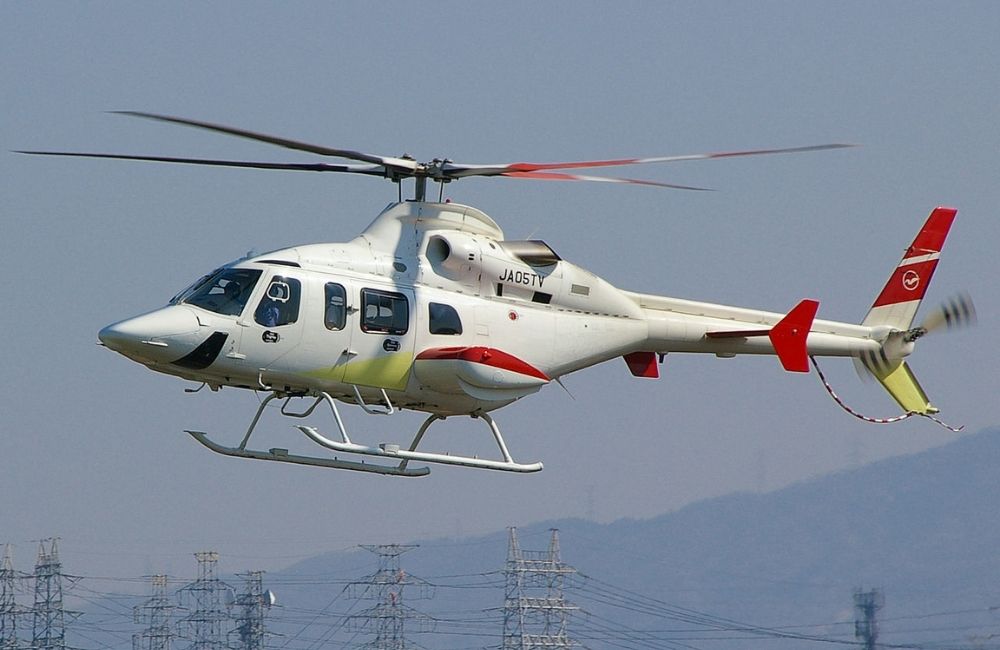 We don’t know how much the search and rescue operation for the Andhra helicopter cost, however, what we do know is that it was one of, if not, the largest one of its kind in India’s long history. The Indian Space and Research Organization even lent the use of its Radar Imaging Satellite-2 to the search.

After becoming the first woman pilot to traverse the Atlantic, Amelia Earhart set the bar as high as it could go, in 1937, when she announced her intention to fly around the world with her navigator, Fred Noonan. The pair, subsequently, disappeared without a trace. 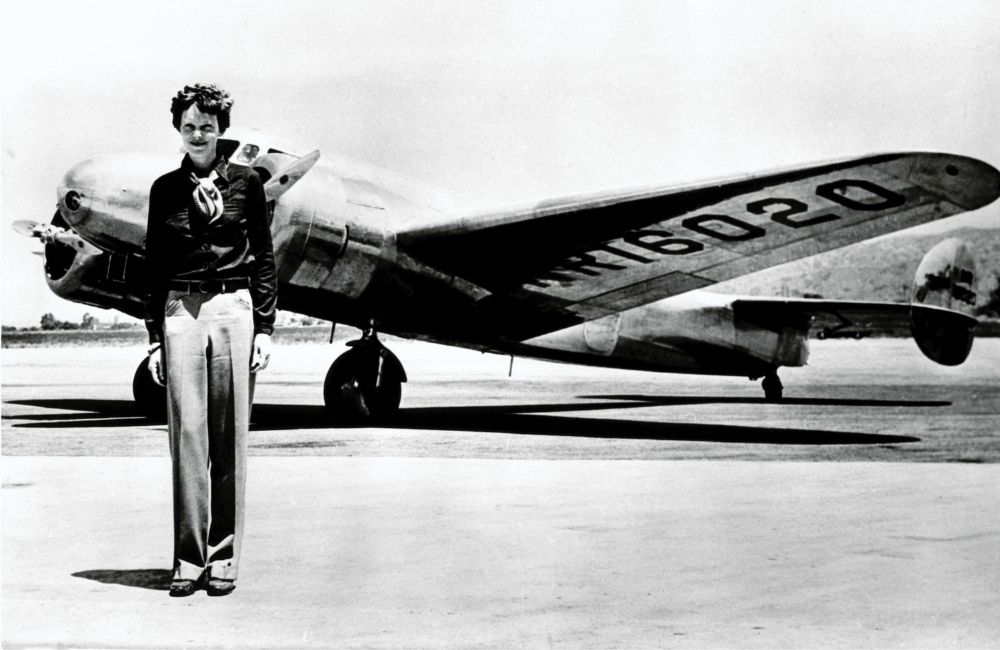 Countless recovery operations have been done in hopes of uncovering the mystery surrounding Earhart’s disappearance. Many theories remain as to what actually happened to Earhart and Noonan. Some people believe that their plane crashed in the Ocean and sunk to the bottom of the sea, while the optimists of the world like to believe that they ended up on a deserted island in the middle of nowhere and lived out the remainder of their days in peaceful solitude.

In what is one of the most well-known maritime disasters in modern history, upon her arrival to the eastern seaboard of the United States, the SS Andrea Doria was run into by Stockholm, a Swedish American ship. The ensuing location of the collision resulted in half of Andrea Doria’s lifeboats being rendered useless. 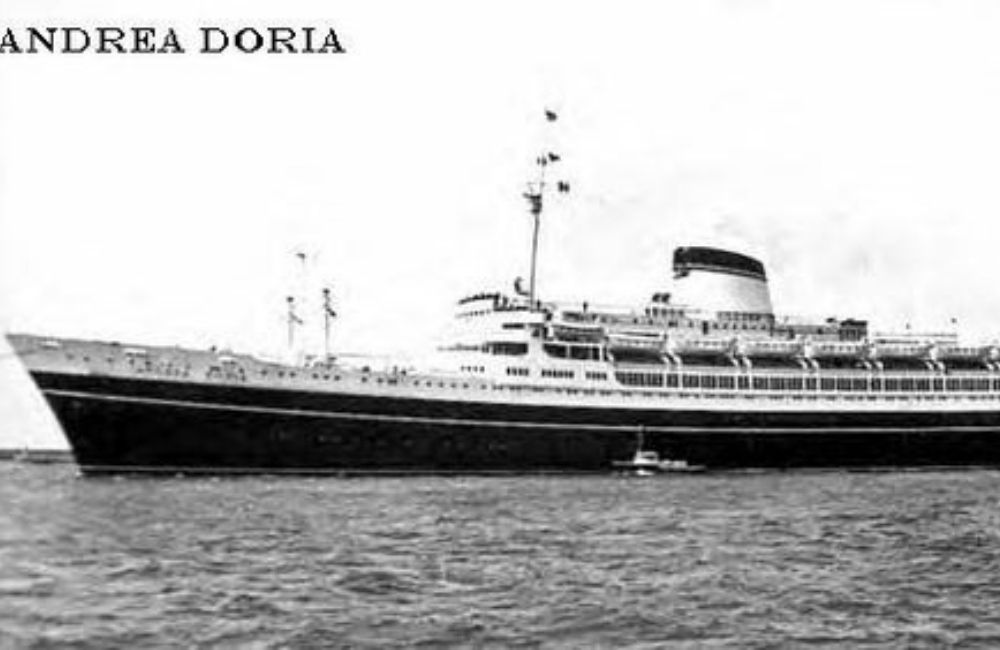 With the help of the Ile de France, the already worse for wear Stockholm, and the 11 hours that it took the SS Andria Doria to sink, 1,663 of the 1,706 passengers were rescued that day. The cost of the rescue added up to the sum of what it cost to feed, shelter, and send each of the survivors home.

In June of ’76, a passenger plane traveling from Tel Aviv to Paris was hijacked and rerouted to Uganda, where the terrorist hijackers released the non-Israeli passengers but kept the Israelis and the Air France crew members as hostages. With the intelligence that was gathered by the Mossad, an elite group of 29 IDF commandos embarked on one of the most daring rescue missions to date. 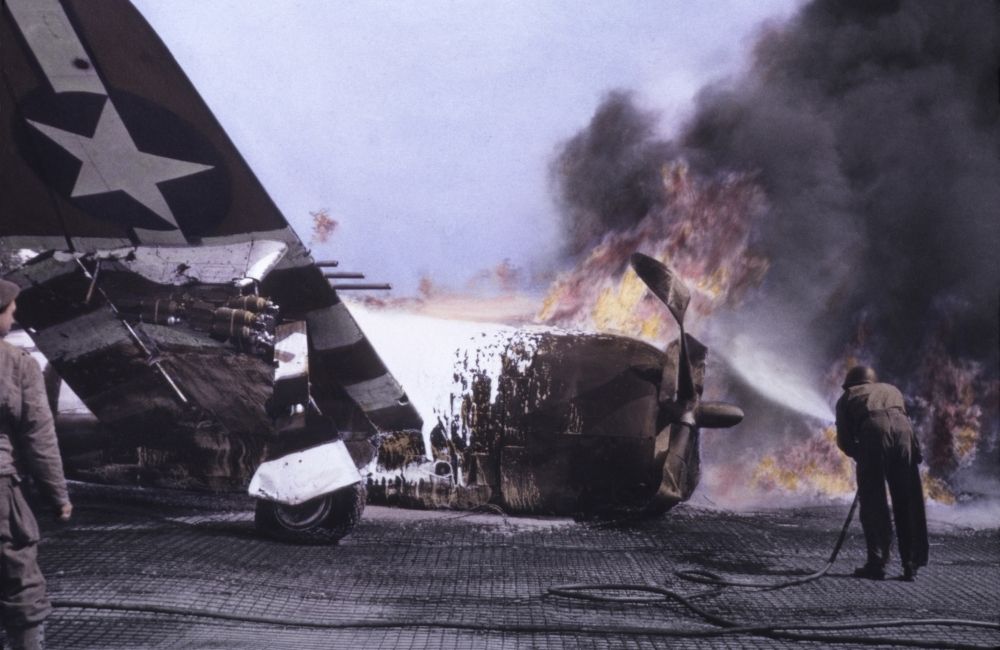 The monetary cost of the rescue mission, that was orchestrated and carried out by the Israeli Defense Force (IDF), in 1976, might not be known to the public, however, we do know that the 90-minute operation, that took a week to plan, did cost the lives of 3 of the hostages and one IDF soldier, Lt. Col. Yonatan Netanyahu.