Ever since eBay launched back in 1995, buyers have gone wild for the bargains that can be found on the auction site. From cheap clothes to homeware, cars, and everything in between, it’s a great site to use to make some money and, in most cases, to save some cash. However, not everything that’s listed on the site comes at a knock-down price.

In fact, eBay has successfully facilitated the sale of some jaw-droppingly expensive items over the years. From rare baseball cards to an entire life, you won’t believe just how much these items have made their sellers.

Owning your very own slice of outer space may seem like something that’s reserved for people like Elon Musk, but that’s not always the case. Back in 1962, a large meteorite hit the Earth, breaking into pieces that were scattered around Nigeria. 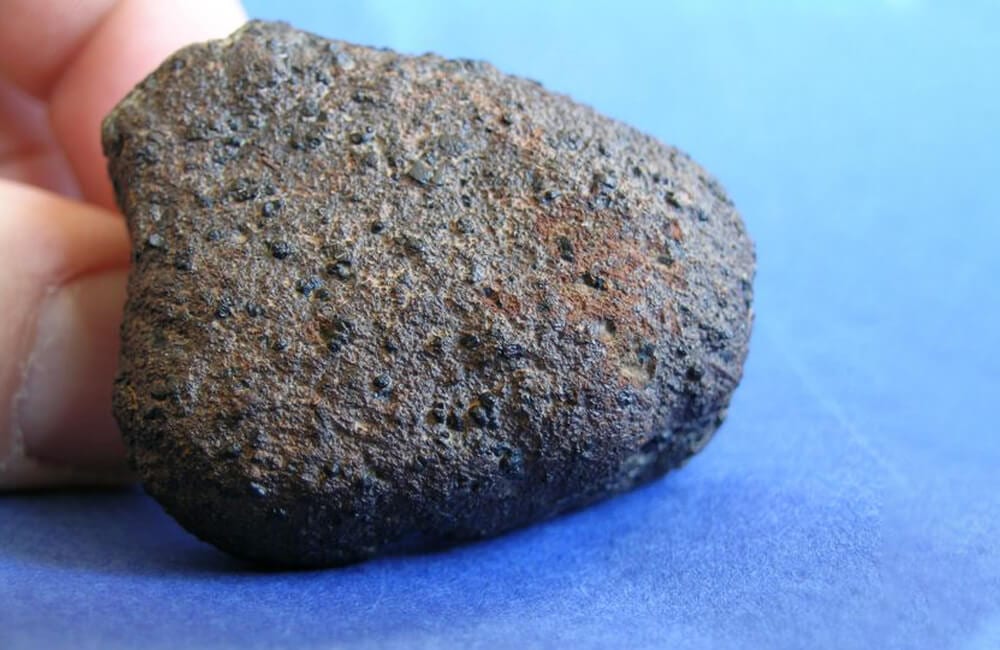 For space fanatics, getting a chunk of the Zagami Martian meteorite was akin to meeting Captain T. Kirk himself. The final bid was an astounding $450,000. It’s certainly not small change, but then again, history isn’t cheap – even on eBay. Needless to say, the new owner had a little spare cash to splash.

We’re quite used to seeing all sorts of strange things pop on the auction site. After all, that’s why it’s so popular – one man’s trash becomes another man’s treasure. However, in 2003 an entire town was listed by businessman Bobby Cave. Cave had previously purchased Albert, Texas for $216,000. 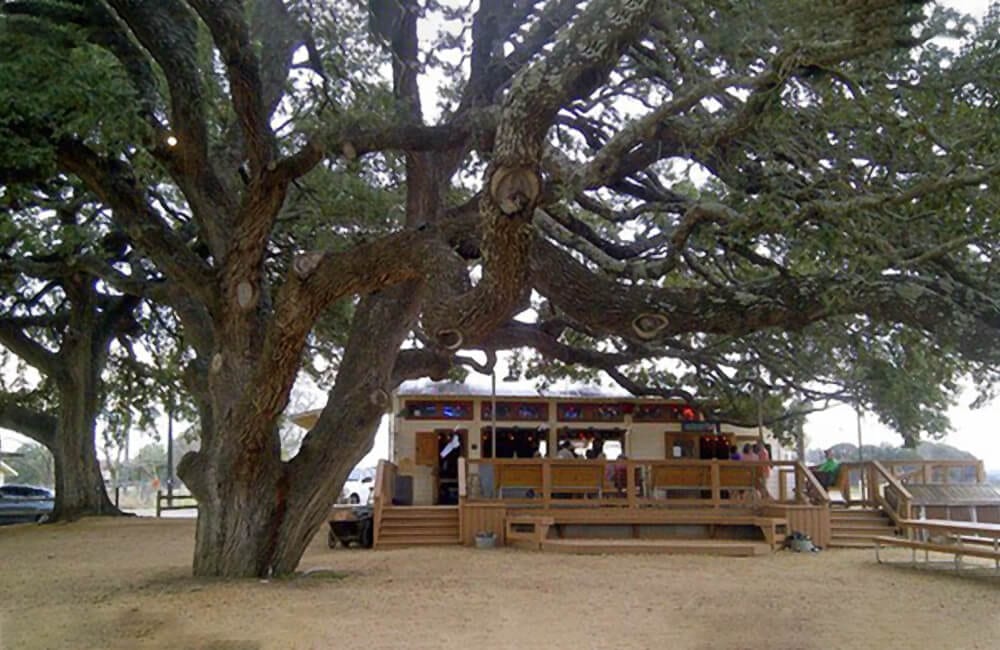 Home to just five people, it doesn’t even have its own Walmart. That being said, someone saw potential and ended up buying the destination for $2.5 million, resulting in a very impressive return on investment for Cave that he probably wasn’t expecting.

It goes without saying that baseball cards can be worth a fortune if they happen to be rare. Collectors go wild for the lesser-known cards, but sometimes, the price they’re willing to pay is so staggering it makes headlines. In 2000, diehard sports fan Brian Seigel coughed up $1.1 million to get his hands on a Honus Wagner card. 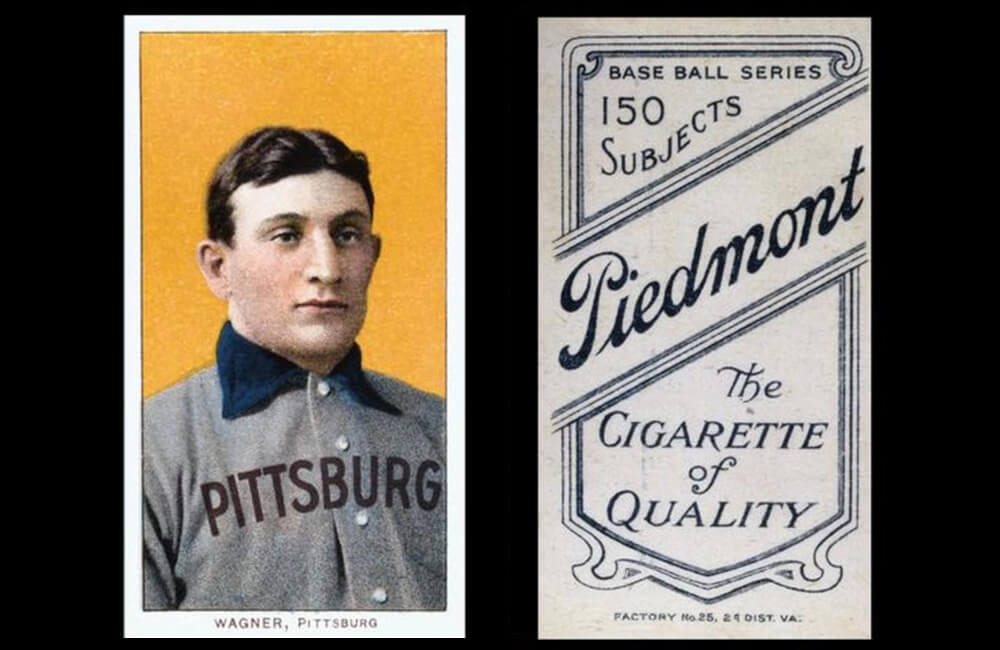 This particular card is considered one of the most precious cards out there, which explains the price. However, different variations, like the T206, can go for upward of $6 million. That’s an astonishing amount that even Amazon’s Jeff Bezos would think twice about parting with.

Comic book fans across the world know that getting your hands on a rare edition can make a poor man into a rich man. That being said, you have to be willing to pay through the nose to get one in your collection, unless you’re lucky to find one. Few are that dedicated to the cause, but back in 2017, a rare opportunity presented itself. 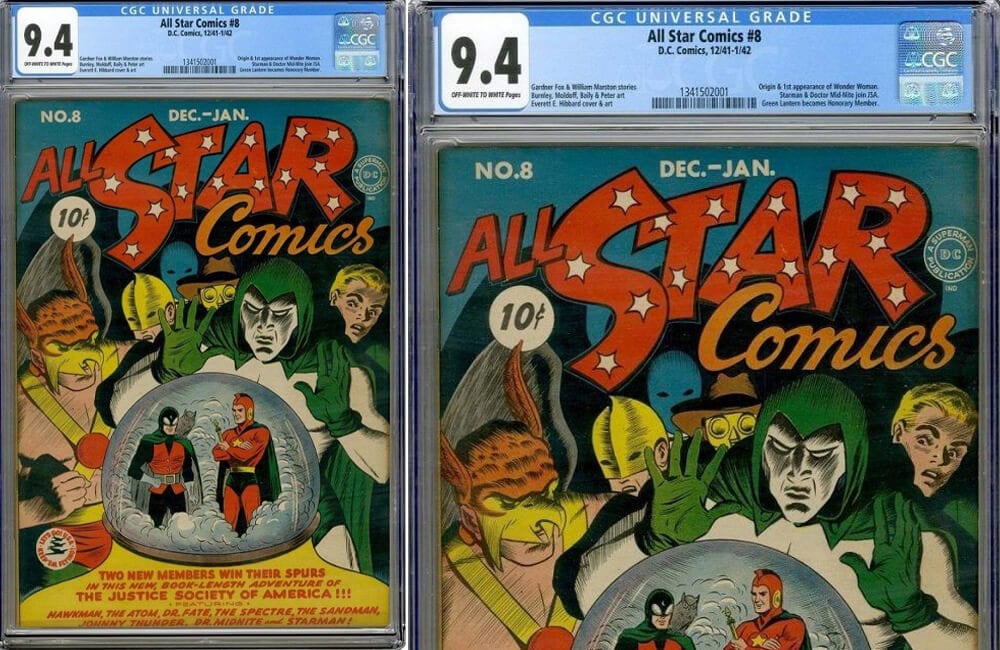 All-Star Comics #8 popped up on the auction site, causing quite the stir among eBay fans. A bidding war ensued and this famous comic that introduced Wonder Woman herself in 1941 eventually sold for $936,223.

There are many things in life that most of us would love to own – if only we had the capital. A Frank Mulder-designed gigayacht would be a welcome addition to most estates, but there’s a hitch: they’re typically incredibly expensive. 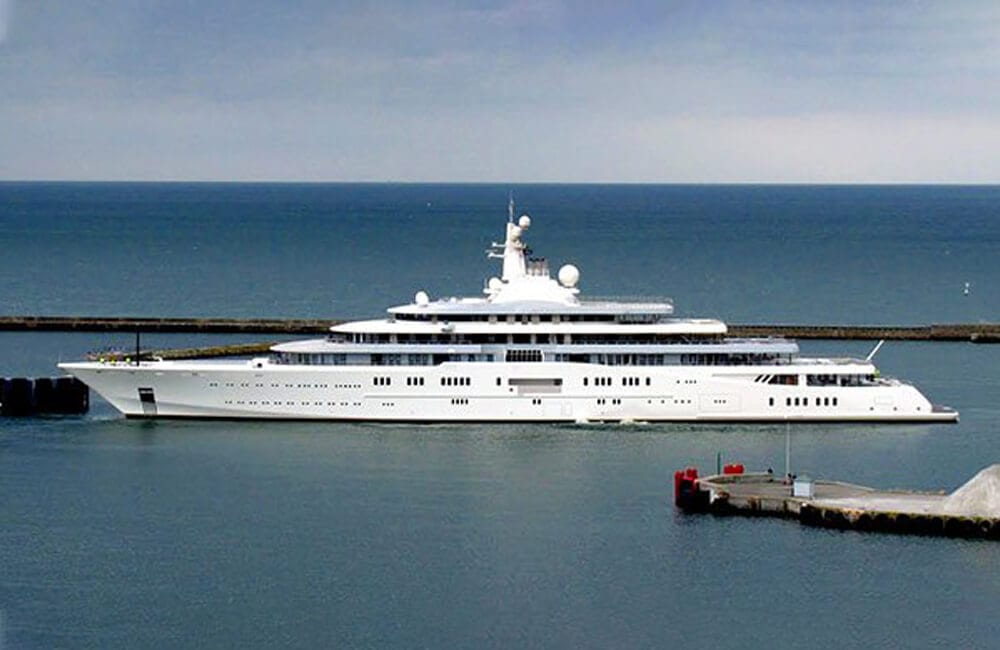 One 3,000 square foot yacht created by the man himself appeared on eBay around 2005. As you might expect, a billionaire was quick to snap up the boat for the bargain price of $168 million. Russian businessman Roman Abramovich couldn’t get his hands on the vessel fast enough. The purchase even made headlines in publications like the New York Times.

There are some names in baseball that are so revered, the very mention of them is enough to see fans go glassy-eyed. Shoeless Joe Jackson is one such great. Numerous items that once belonged to the legend or that he once played with have been known to fetch a healthy sum. 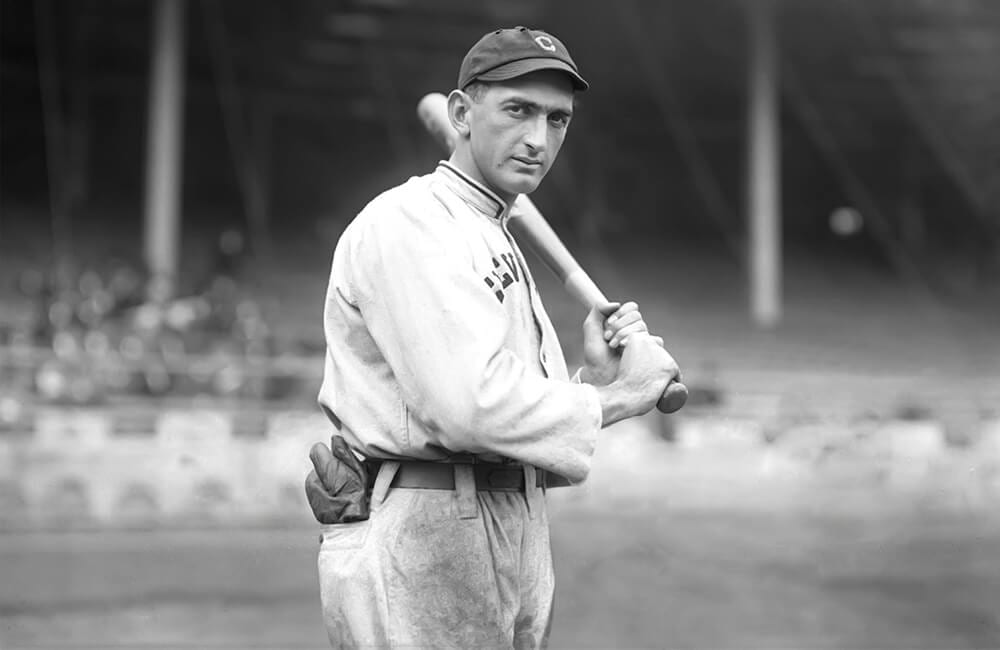 In 2001, his baseball bat called “Black Betsy” was put up for auction by Jackson’s own nephew. Rob Mitchell placed the winning bid, scooping the bat up for $577,610. Although, the estimated value of the bat is thought to be much higher at over a million dollars. That’s not a bad purchase.

Can you imagine getting your hands on an instrument that the King of Rock n’ Roll himself had once played? Elvis Presley’s enduring legacy lives on, so fans are always keen to get a piece of Elvis memorabilia. In 2017, one lucky bidder won Elivs’ very own Wm. Knab & Co. baby grand piano. 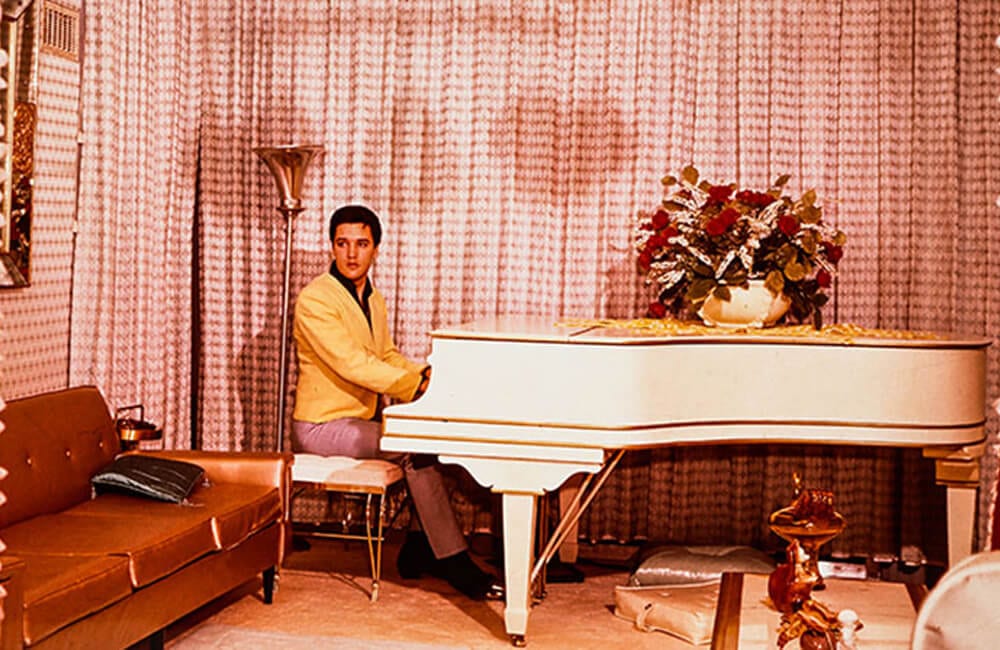 The price? A respectable $375,190. Not only had the white instrument belonged to Elivs, but the history of the instrument actually goes back much further. Other musical icons such as Duke Ellington had played the keys, too. Honestly, the piano alone could be the subject of a Netflix documentary.

The threat of war is never far away, with tensions often rising between nations, no matter how much governments try to keep the peace. While we would like to think that nothing untoward happens any time soon, it might be nice to have a place you can go to be on the safe side. 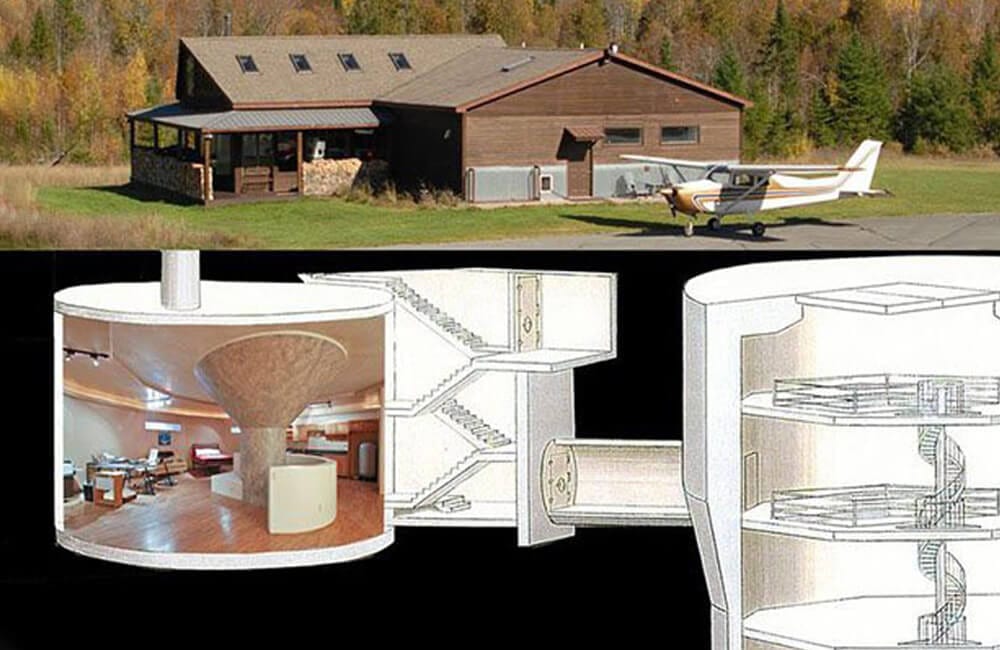 Built by Bruce Francisco and Gregory Gibbons, this impressive property has several underground layers to it that should – at least, in theory – keep its inhabitants safe. Although the designers hoped to get a grand $18 million from the sale, the winner eBay bidder got a bargain at $2.1 million.

It’s amazing what mere pieces of paper can be worth when you really think about it. Back in 2020, a card from Magic: The Gathering was sold for a quarter of a million dollars. If you haven’t heard of this particular type of card, it’s part of a collectible game by Richard Garfield. 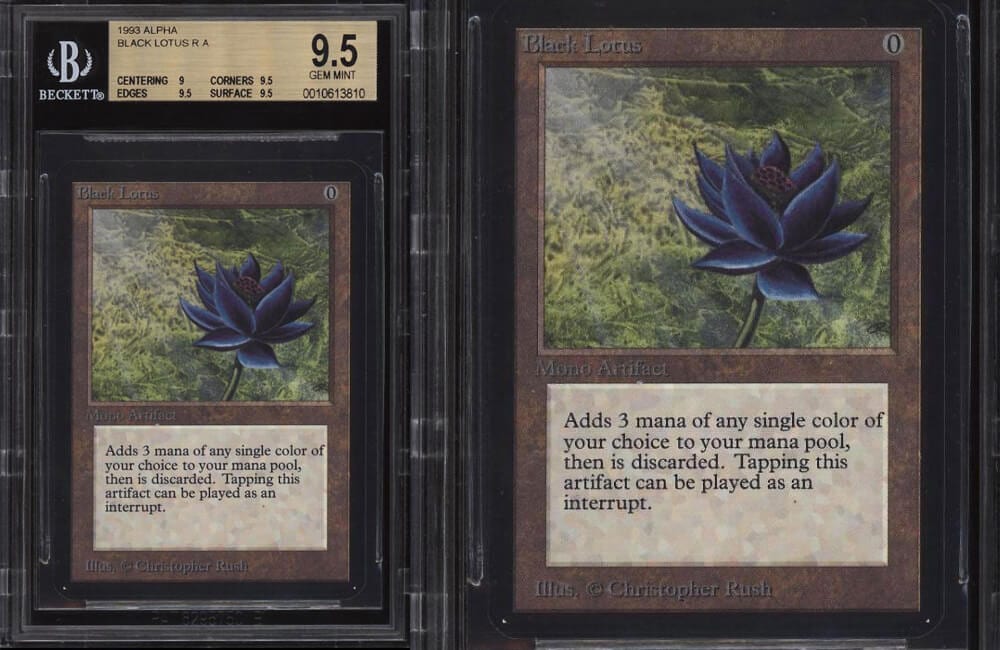 The card in question was a very rare kind, called the Black Lotus Magic Card. Think Pokemon for fantasy fans. It’s stunning to think that someone out there was willing to spend this much when they could have got a top of the line Tesla for just a fraction of the cost.

All of the richest celebrities in the world have their very own private jets, from Kim Kardashian to Warren Buffet. It’s the ideal way to travel when you’re an A-lister that needs to get from A to B in a flash, but they can be costly. 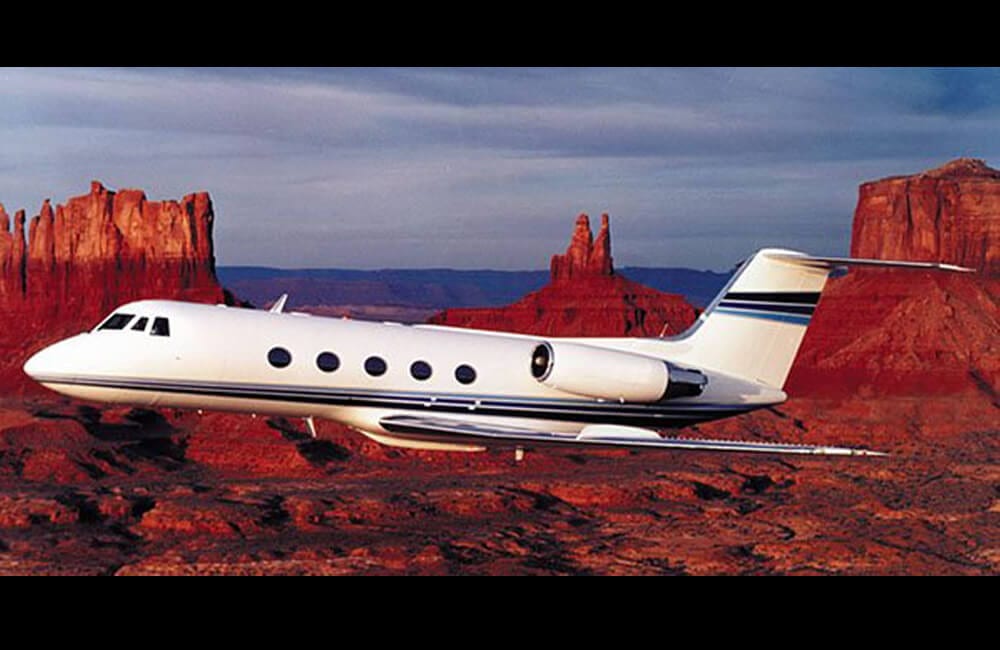 In 2001, an African flight company decided to snap up a deal after seeing the listing for a Gulfstream II on eBay. $4.9 million later and the 12-seat passenger plane was all theirs. Amazingly, eBay is no stranger to selling planes and has even helped John Travolta unload the odd pair of wings.

We’ve all had a clear out at home to see what we can sell at least once, right? Whether the aim is to declutter or to make a little bit of extra cash, most of us have been there at some point. We draw the line at selling our actual lives, though – but writer Ian Usher didn’t. 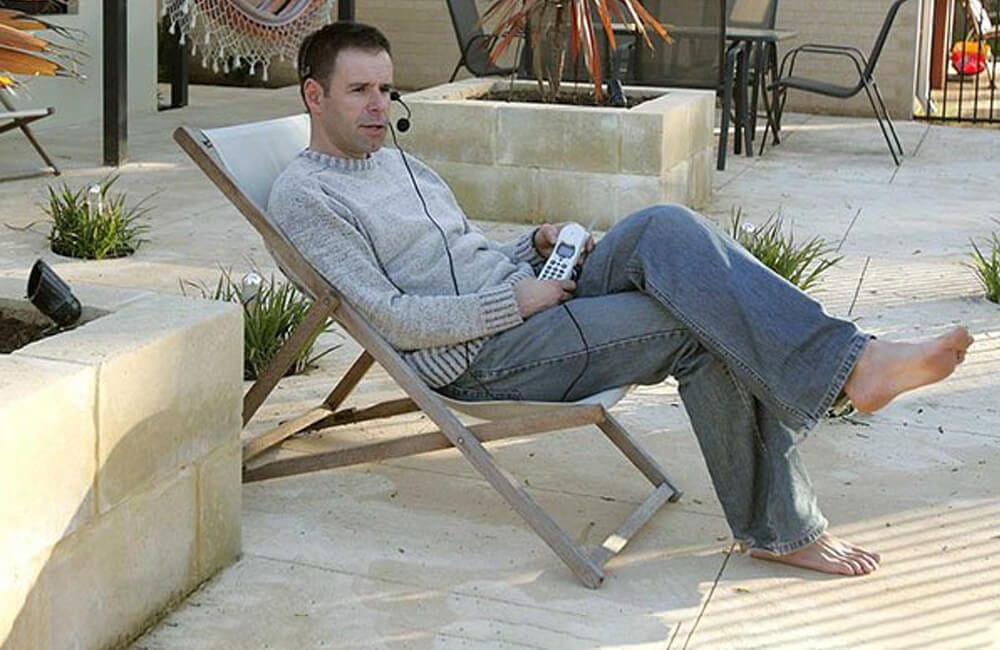 In 2008, Ian set up a listing that sold his entire life, including his friends, his car, and even his job. Ian really went all in, and the gamble paid off. Someone paid $309,292 for Ian’s entire package. Of course, Ian wrote about his experience and used the money to explore the world, even meeting Virgin Galactic boss Richard Branson.

Supercars aren’t cheap toys that you drive to and from work. They’re incredible investments, but it has to be done correctly. In 2004, one Ferrari Enzo was listed on eBay and a solid bidding war ensued. Amazingly, the winning bid pipped the last bidder to the post by just $55. Some might argue that at $1 million this purchase wasn’t a bargain. 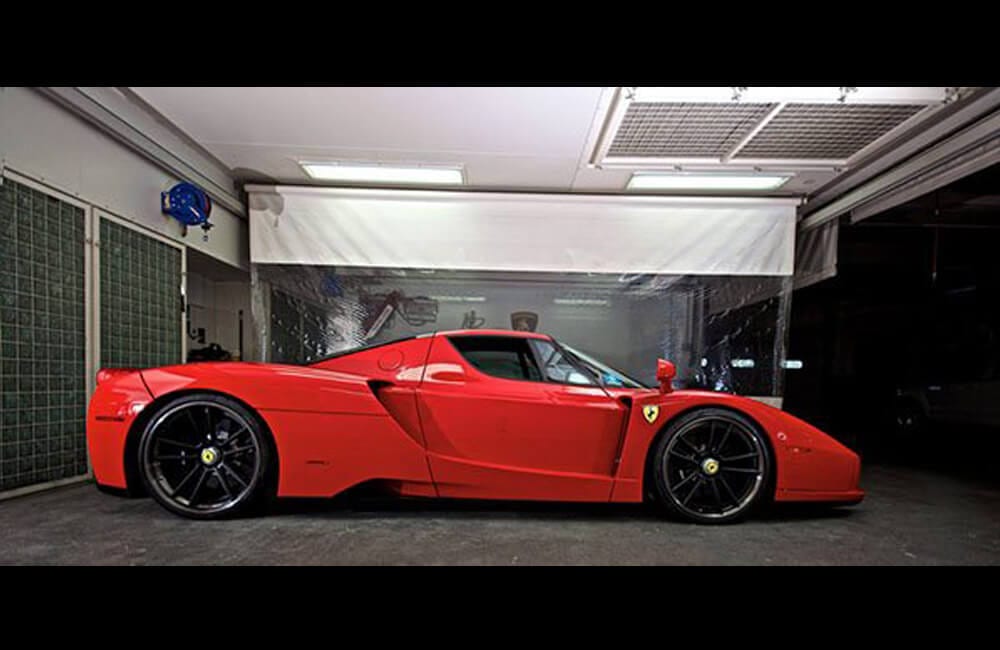 However, the value of Ferrari Enzo’s has actually increased since then. Now, it’s likely that the car is worth at least three times that amount, making this a very savvy purchase indeed. That’s not to say that it might not pop up on eBay again in the future, though.

In 2002 the teeny tiny town of Bridgeville, CA made history. No, its residents didn’t make a prize-winning jam. The entire town was sold for $1.77 million on eBay, making it the first town ever to be sold on the up-and-coming auction site. 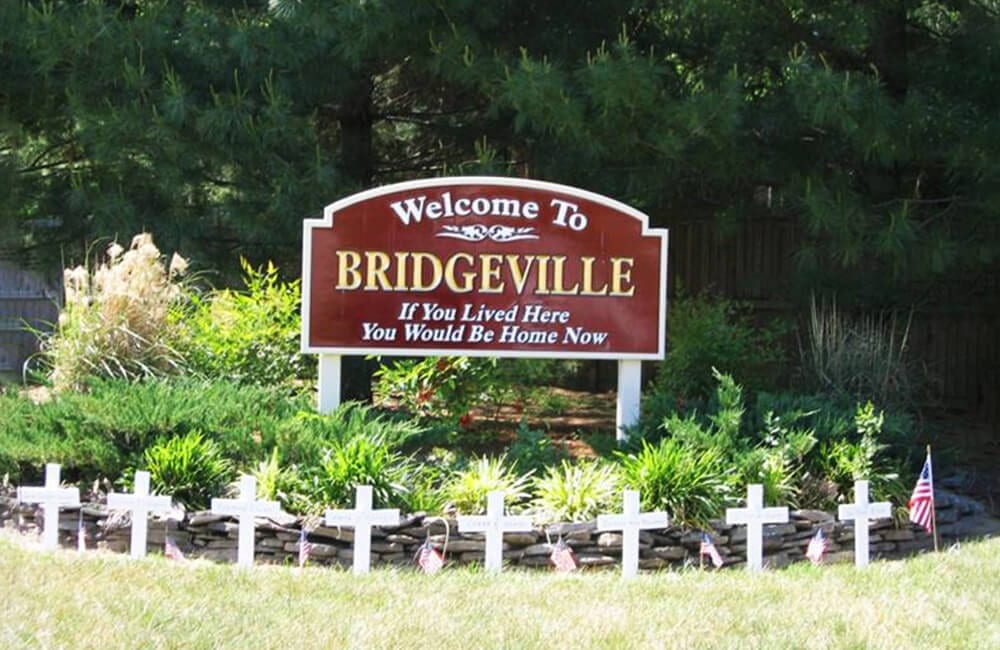 With a town sign that reads, “If you lived here, you would be home now” there’s something charming about this Humboldt County location. In fact, only 25 people live there, making it one of the smallest towns in the United States. Bridgeville consists of a post office and just three houses.

There’s a reason why Grease is one of the most-loved movies of all time. Not only are the songs truly iconic, but so is the overall aesthetic. Fans go wild for anything related to the musical, including the cars. Back in 2014, the black Hot Rod with flame detail from the movie went up for auction. 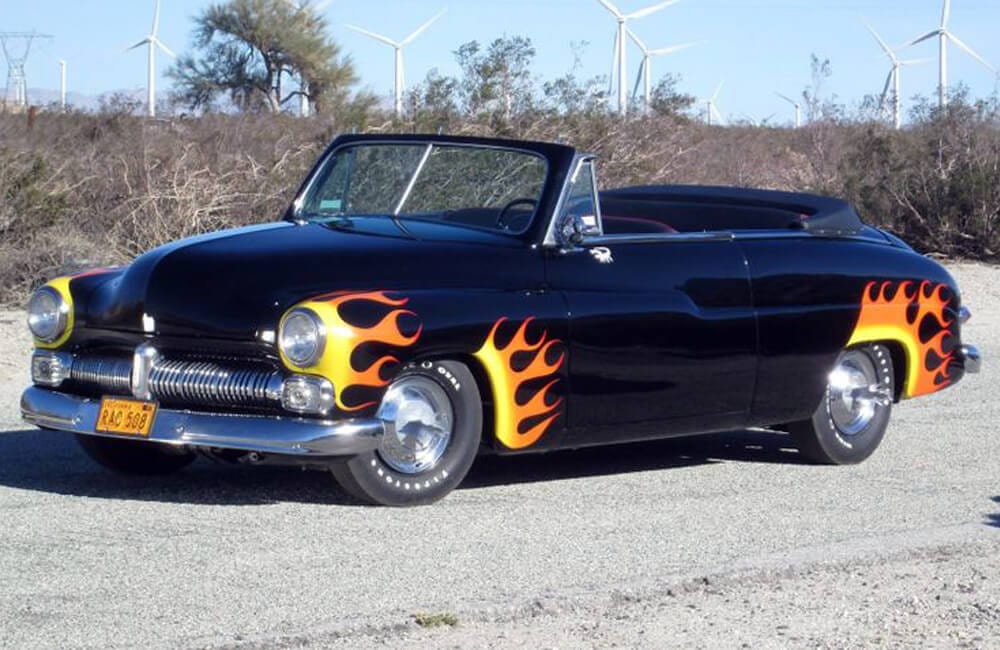 The 1949 Mercury would have been worth something if it didn’t have that history, but its impressive legacy likely added on a few bucks. The final sale price was a very worthy $180,000. Now that’s grease lightning.