For every great business dominating a niche market, there’s another one actively trying to take the crown. There’s a reason why they say it’s a dog eat dog world. Whether it’s McDonald’s trying to out-do Burger King with a next-level burger or Disney+ trying to take a slice of the Netflix pie, business rivalries are alive and well.

This constant one-upmanship works out well for consumers as there’s a never ending stream of bigger and better products – but how does it impact the brands trying to get on top? Where did these rivalries start, and perhaps more importantly, how are they playing out? Let the best brand win!

Two of the most storied franchises in NBA history, the Los Angeles Lakers and Boston Celtics’ rivalry began way back more than 60 years ago. They first met in the NBA finals in 1959 and have clashed for the championships an additional eleven times since. Although the Celtics lead the championship matchup 9-3, three out of the last four trophies have gone to the Lakers. 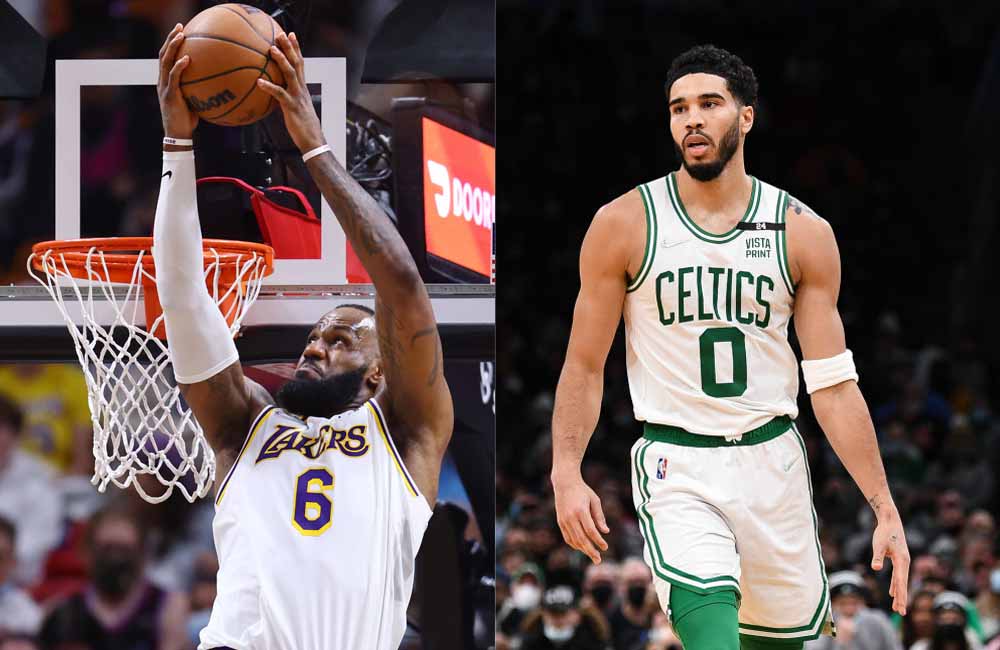 There is no denying the animosity between the players and fans alike. Between the two, the teams have won a combined 34 out of the 74 NBA championships, and the franchises are worth almost $8 billion together. Believe me, there is no love lost between these teams. Once a player suits up for one, friends on the other side become the enemy. All is fair in love and war, and these monsters of the hardcourt don’t hesitate to prove that.

Uber first started operating back in 2009, and over the past decade or so, ride-sharing has become one of the most popular methods of transportation. However, it hasn’t been without its competition. This is exactly what happened to Uber once Lyft began its operations. 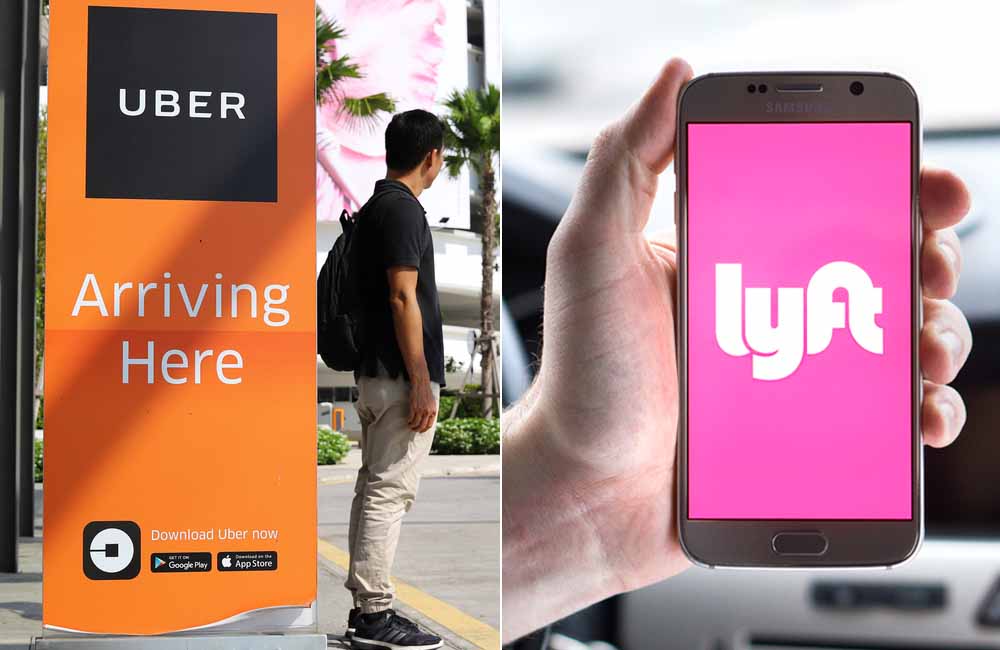 With its additional services, such as Uber Eats, Uber has taken a stranglehold on the industry, operating in more than 900 metropolitan cities across the globe. These rival companies have been notoriously cut-throat when it comes to defeating their competition, but although both Uber and Lyft, have been known to actively poach drivers from one another, their passengers’ safety and comfort has remained at the forefront of both companies’ business plans.

The first rivalry between automotive companies in the United States was actually a three-horse race between General Motors, Chevrolet, and Ford. By the 1920s, General Motors and Chevrolet realized that they would be better off joining forces in order to defeat the pioneer of mass-produced vehicles, Ford. The subsequent merger resulted in the first real rival to the “Model T”, the “490”. 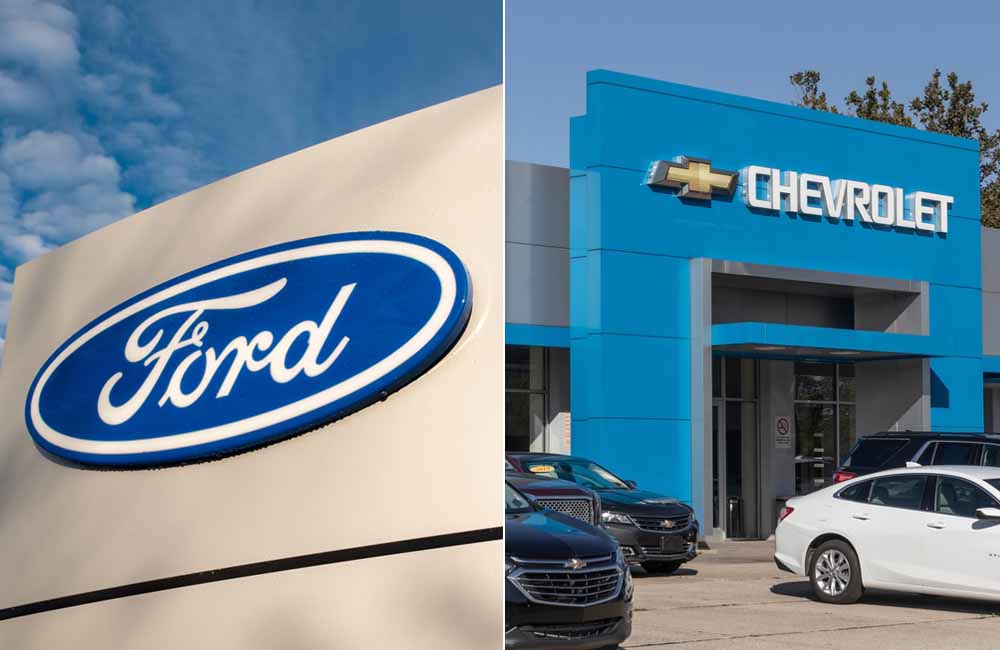 When General Motors and Chevrolet developed the Corvette, Ford released the Mustang. As a rebuttal to the Mustang, we got the Camaro. And so, back and forth they’ve gone, trading blows for more than a century.

In the middle of the 20th century, the pizza scenes in New York and Chicago were booming, which meant that it must have come as quite the surprise when two little-known pizza companies from Wichita and Michigan showed up with something to prove in the ‘60s. Both companies make great pizza and have a recognizable logo. Both companies have expanded internationally and have between 17,000-18,000 locations apiece. The only main difference between the two companies is their style of pie. 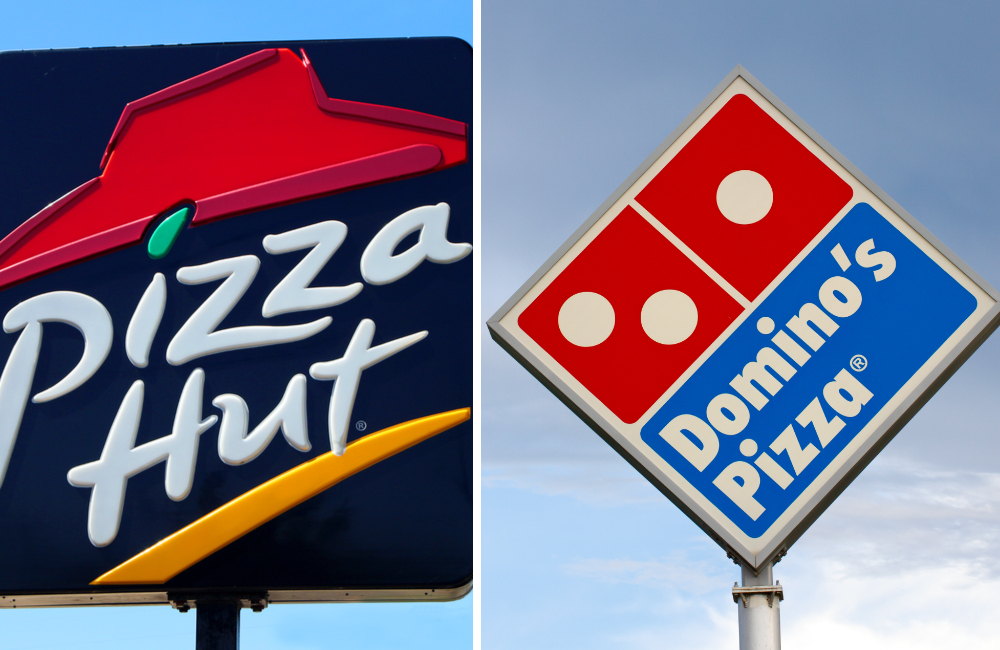 Dominos has managed to remain a private company throughout its history, while in 1977, Pizza Hut was acquired by PepsiCo. More than four decades after the acquisition, Pizza Hut is now part of a PepsiCo spin-off company that goes by the name of Yum! Brands.

These two companies have not only survived each other’s advances but also managed to emerge from the other side of prohibition stronger than ever. Due to a fantastic advertising campaign throughout the ‘80s, the following decade saw the end of Miller Lite’s reign when Anheuser-Busch’s Bud Light took the crown for itself. 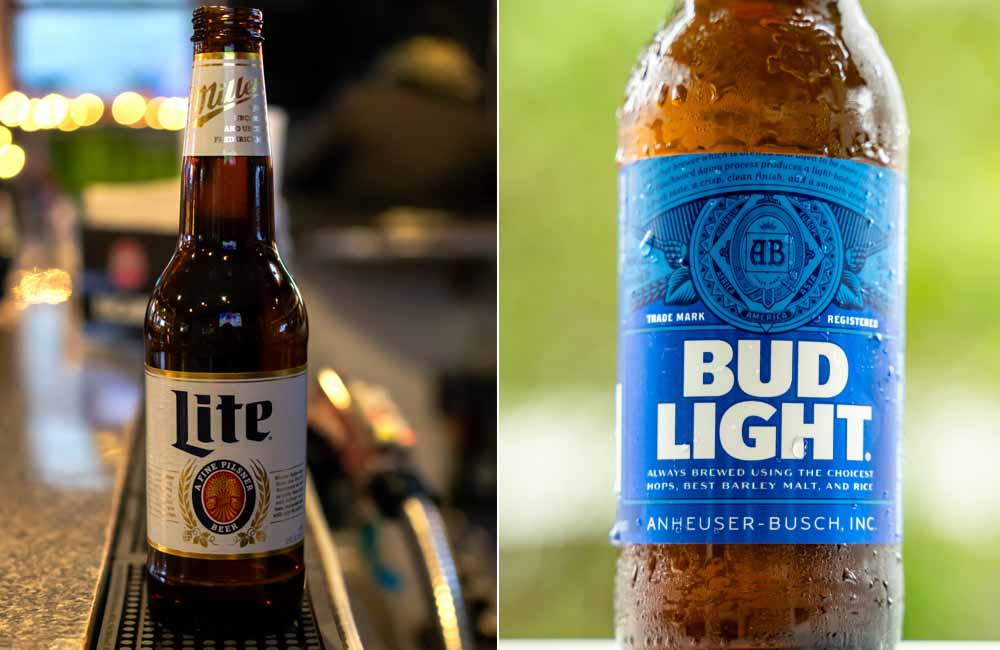 SABMiller and Molson Coors teamed up in 2007, in a joint-venture which they both had hoped would end the “Beer Wars” once and for all. In 2015, as part of a deal that would see Anheuser-Busch acquiring SABMiller, Miller sold its stake in MillerCoors to Molson Coors. With that, Busch and Miller’s rivalry appears to have come to an end. The one between Busch and Molson, however, has only just begun.

By the time the rivalry between Amazon and Walmart had begun, Walmart had already started to establish itself as a name known in multiple countries around the world. Amazon, on the other hand, had only just started operating and was nothing more than an online bookseller called “Cadabra”. It didn’t take long for Jeff Bezos to shift the company’s focus towards online. 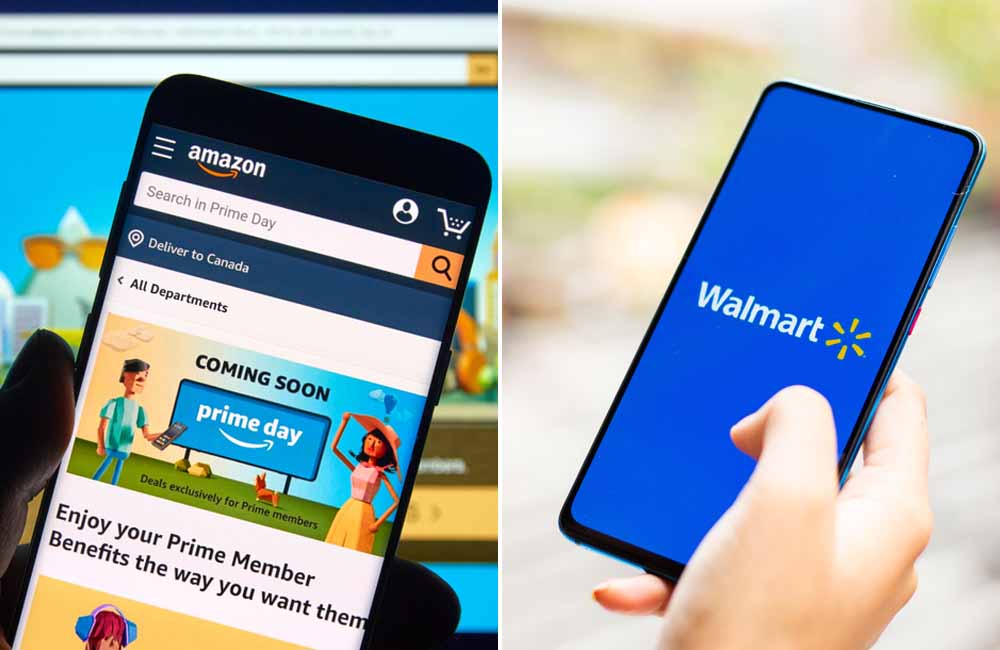 Although {WMT:Walmart}} currently has the advantage with thousands of stores around the world, Amazon has had an enormous head start in taking the digital front. Now, you can order groceries online through Amazon, but Walmart is making headway in that area, too. For now, it looks like Amazon is winning – at least on the digital front.

It’s no secret that streaming services have changed the way we consume entertainment at home. Netflix changed the game when it released its at-home streaming service in 2017. Since those humble beginnings, the titan has upped its game and even started to produce its own shows and movies to great acclaim. 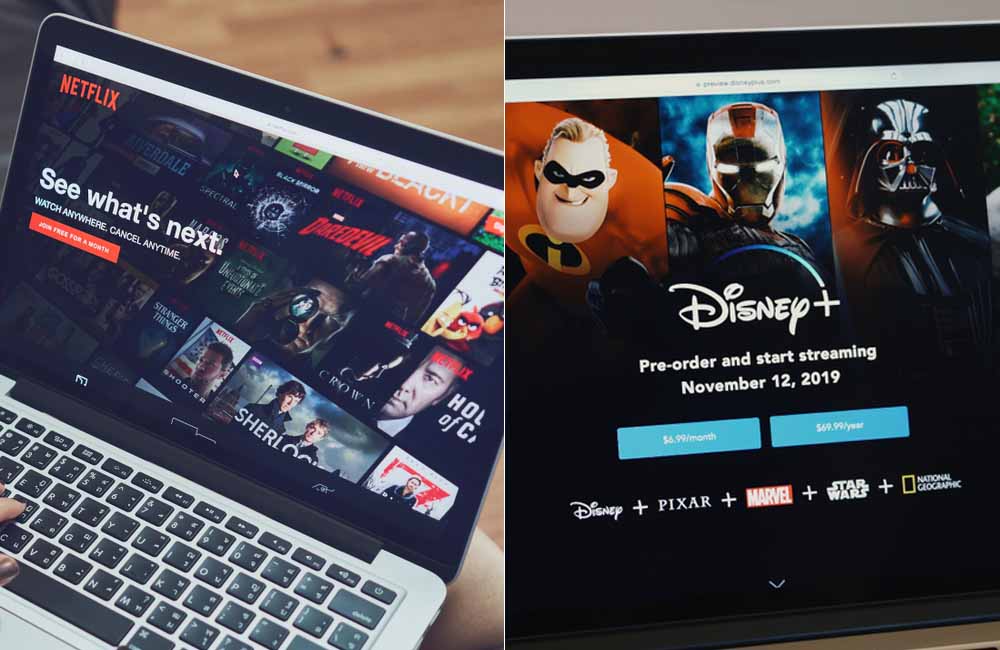 There is plenty of competition coming after Netflix’s crown, though. Amazon Prime is just one of the dogs biting at Netflix’s heels, while the launch of Disney+ in 2019 made the entire race far more interesting. With tons of classic movies and the ability to watch new movies just weeks after cinematic release, Disney+ is one to watch.

During the first two years after its initial release, in 2010, Instagram was starting to become rather popular. It wasn’t until 2012, however, when Facebook acquired the company, that the app was given the platform that was needed in order for it to grow to its full potential. TikTok, on the other hand, showed up seemingly out of nowhere in 2017 and took the social media world by storm. 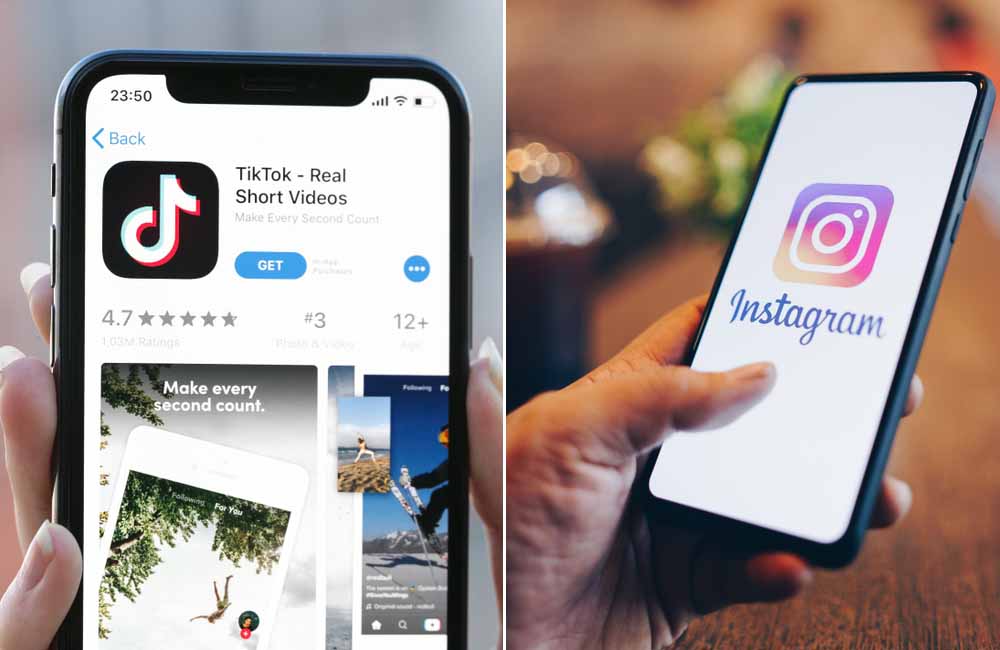 As 2020 began, neither company seemed to be slowing down. In fact, with so many people being constrained to their homes and flooding their social media accounts, over the past year, the rivalry has only grown more intense. Instagram’s 6-year head start has led to the company amassing almost 2 billion users worldwide, however, in 2019, TikTok added 250 million more users than Instagram did. It appears as though the tide is turning…

Although this rivalry is not as long as some of the others on our list, it has had its fair share of controversy and animosity. In the mid-1980s, a falling out between Bill Gates and Steve Jobs ignited the flames of what has become one of the most advantageous rivalries to the advancement of humankind. 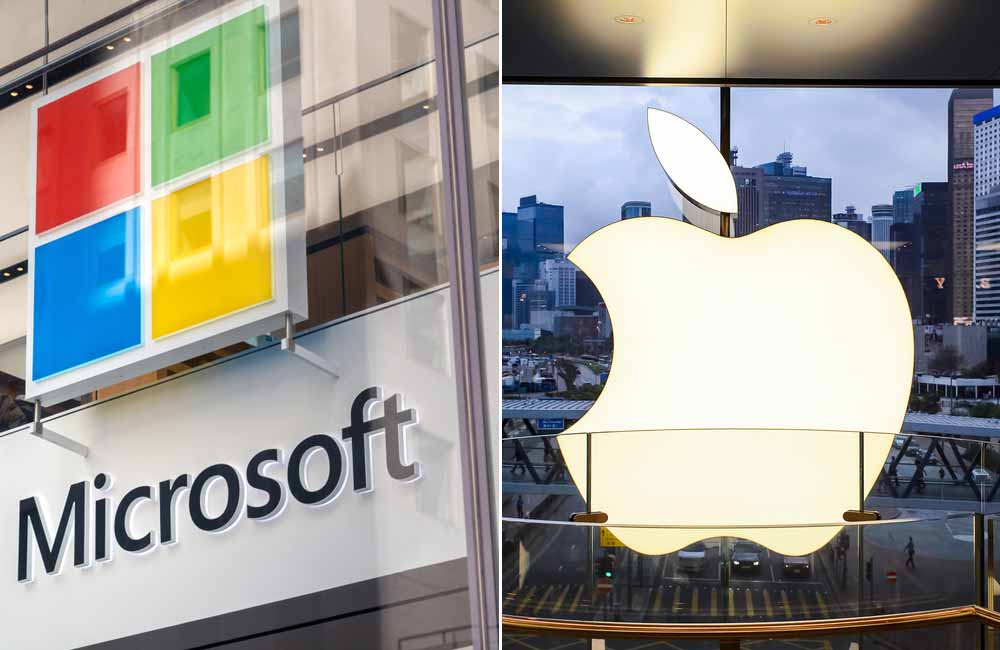 Microsoft vs Apple ©The Art of Pics / ©Sorbis / Shutterstock.com
Advertisement

After parting ways 12 years earlier, Steve Jobs returned to Apple Inc. in 1997. Microsoft might have ruled supreme in the ’90s, however, with Jobs’ vision returning to Apple, things were very different in the 2000s. Today, it is much more difficult to declare a victor to this rivalry. The current armistice in the “Tech War” has allowed both companies to thrive in different branches of the industry.

The first meeting between Enzo Ferrari and a man named Ferruccio, a world-class mechanic, ended up igniting one of the most heated rivalries in the corporate world. Ferruccio approached Enzo with an idea on how to improve the mechanics of Ferrari’s vehicles (and make them a bit quieter). Enzo shrugged it off as coming from a lower class of talent than himself. 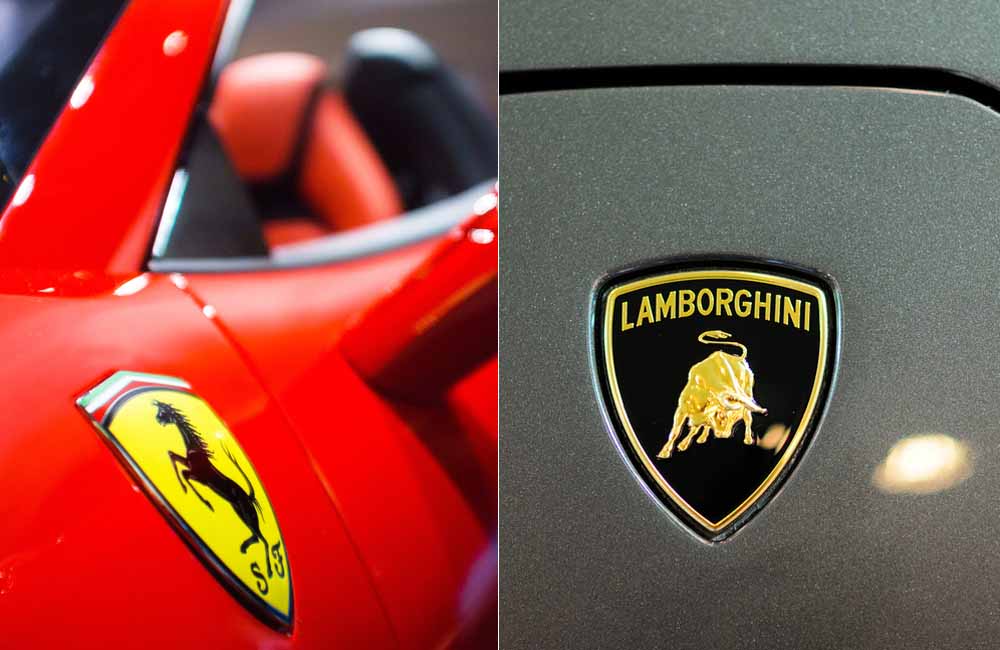 Ferruccio started his own car company and named it after himself. After only four months, he was ready to unveil the first Lamborghini model, the 350GTV, and with it, the rivalry was officially born. Today, Ferrari is valued at more than three times what Lamborghini is, but Lamborghini is still worth billions of dollars.

There are fewer rivalries as intense as that between DC and Marvel. The two big comic creators have both enjoyed success in the film industry for many years. However, since the release of Marvel’s Iron Man in 2008, the stakes have steadily continued to rise. 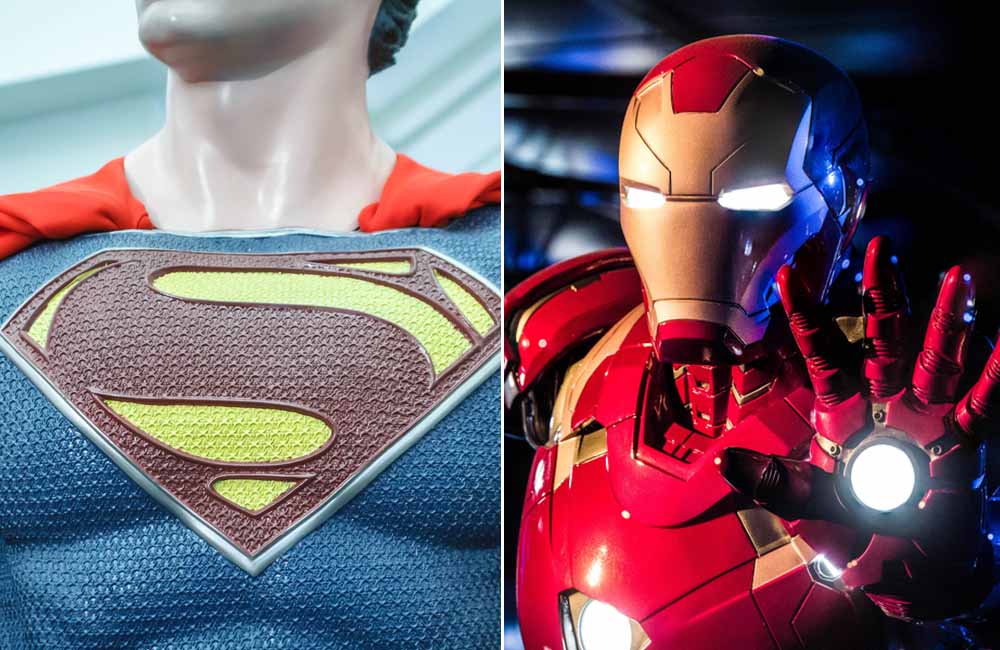 These days, the Disney-owned Marvel studios is a titan churning out billion-dollar movies, while DC has yet to reach that same level of box office success. However, with the company upping its game and rising to the challenge, the tides could change.

The “Burger Wars” have been raging since the 1950s. As heated as the battle has gotten over the years, it was in the 1980s that the rivalry reached its boiling point. During the “Big Mac Vs Whopper” battle, Burger King attacked first by openly stating that their product was better than their rivals. The attack commercial led to an eventual lawsuit and the withdrawal of slander ads from the companies’ campaigns. 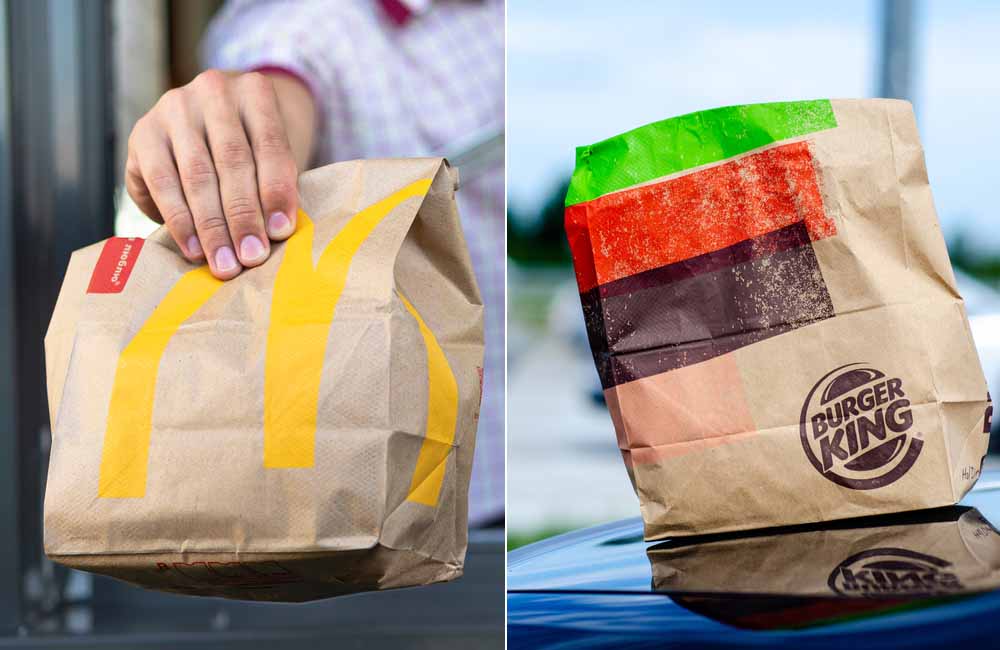 While the king of burgers has a respectable 1.2% of the global fast-food market, it still controls just a fraction of McDonald’s 10% market share. With a footprint in almost twice as many countries as Burger King, and with a symbol that is known worldwide, the “Golden Arches” have seemingly come out on top in this battle.

In recent years, the race to space has taken on a whole new meaning. Elon Musk has hit the headlines multiple times for his efforts with SpaceX, but Amazon founder Jeff Bezos isn’t too far behind. Bezos’ company Blue Origin successfully executed a trip to space with six astronauts in 2021. 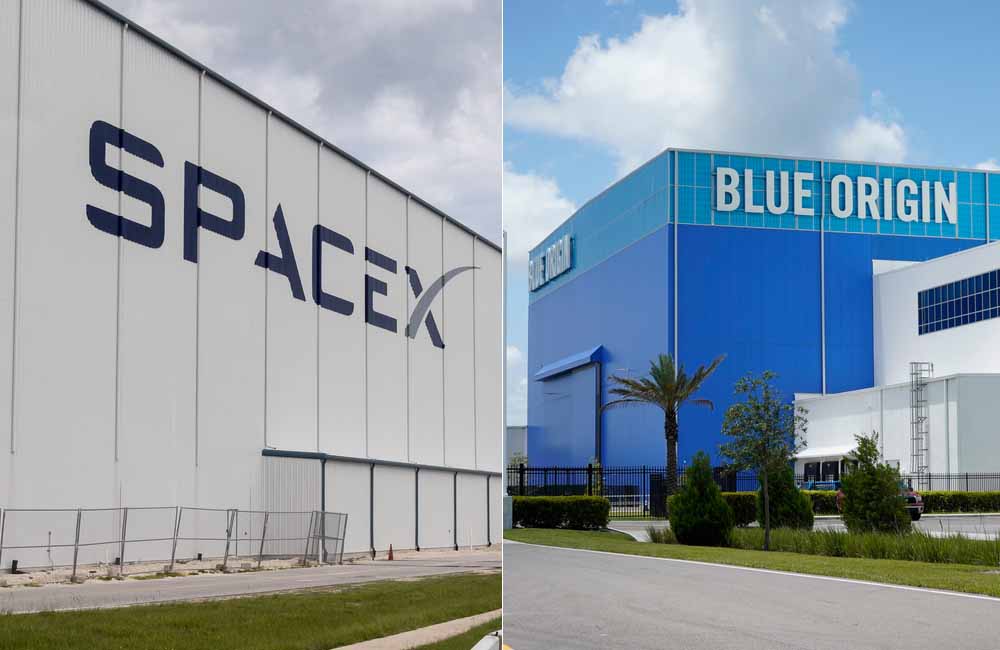 Both SpaceX and Blue Origin hope to be the future of space tourism, but who will make it widely available first remains to be seen. However, given his experience in the field and sheer passion for the subject, Elon Musk is the obvious bet.

It’s hard to believe, but a chocolate bar rivalry isn’t as sweet and fun as one would think. Hershey’s and Mars have gone to great lengths to keep their secret recipes from getting into the wrong hands. It’s not only the recipes that are kept from the public, as both companies have become notorious for only letting their stockholders and investors know the absolute minimum that the law requires about their business operations. 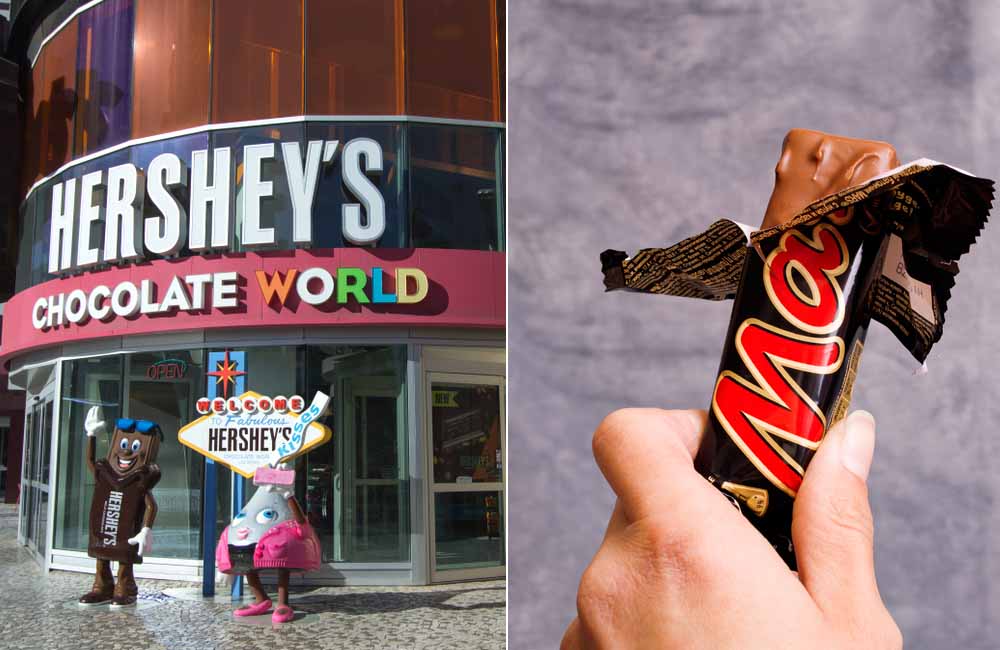 Hershey’s approximate 4% share of the global chocolate market is respectable, but rather inconsequential when compared to Mars’ market-leading, 14.4% share. Due in large part to expansion, Mars is the largest chocolate company in the world, and has reached out to almost 20% more countries than its rival.