There is just something about a beautiful classic car that can transport you to a time when things were simpler, and cars were larger. Cars are a passion that unites Americans’ across generations, and these classics prove just that.

Whether you’re into sporty muscle cars like a Ford, or a sturdy and reliable classic to transport the family. Certain cars capture our collective hearts and become best-sellers — in some cases for generations until they, unfortunately, are discontinued. So let’s take a quick spin down memory lane in some classic cars we all still wish were around.

Younger generations might not recognize the automaker known as American Motors Corp, but at one time, AMC was the largest carmaker in history. When it was created through a merger, AMC was the largest corporate merger in the history of the United States. Created in 1954, one of AMC’s most popular models came around after three decades in the business. 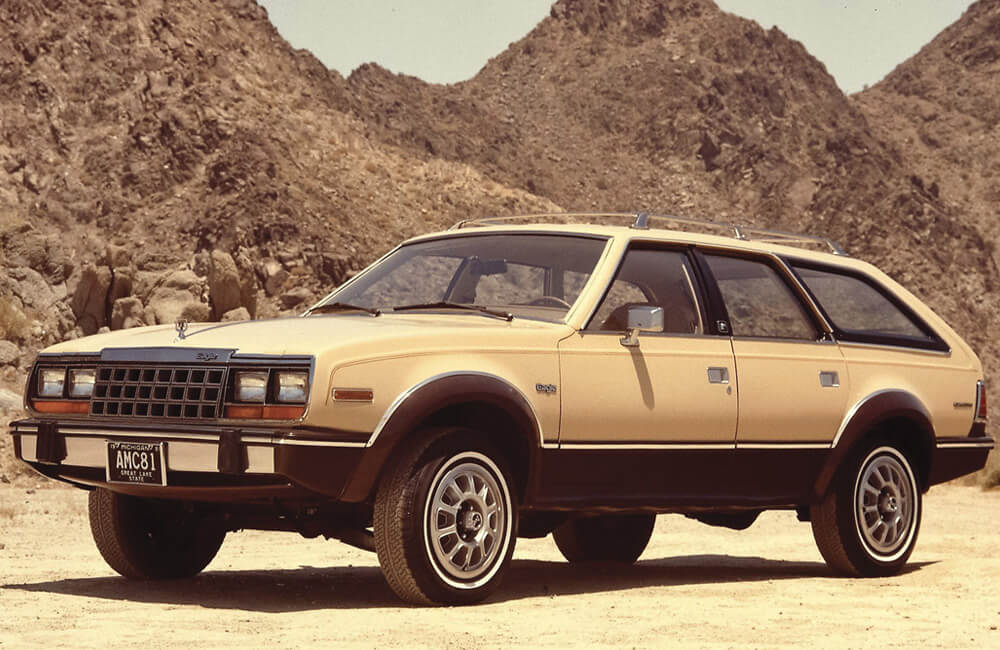 The AMC Eagle was the first true crossover vehicle to hit the American markets. The Eagle was a four-wheel-drive vehicle, and it rapidly became one of AMC’s most famous cars. It survived for eight years until AMC moved on to the Renault Alliance.

The Chevy Nova (also known as the Chevy II) was a small car that Chevy made for several decades. It had five generations through 1979, and it was pulled off the market for a brief hiatus before being reintroduced in 1982. The Nova became the “it” nameplate, and it was the top model in Chevy’s lineup in the late sixties. 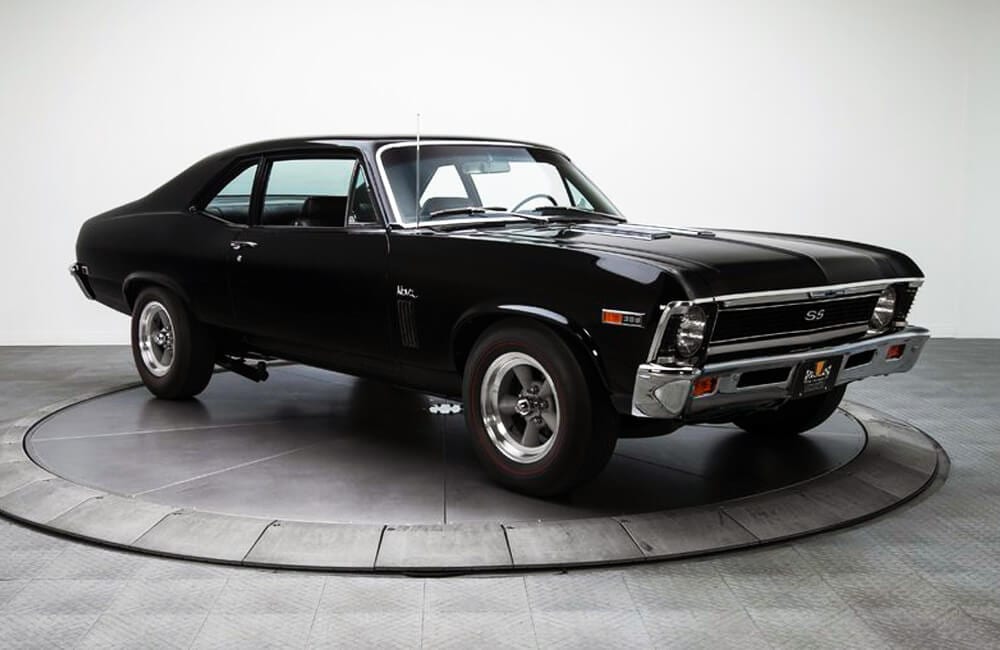 The Nova was replaced in 1980 by the Chevy Citation, and, though it made a brief comeback, it didn’t last. The Nova returned in Japan, except this time it was renamed the “Toyota Sprinter” and was not offered to American markets. 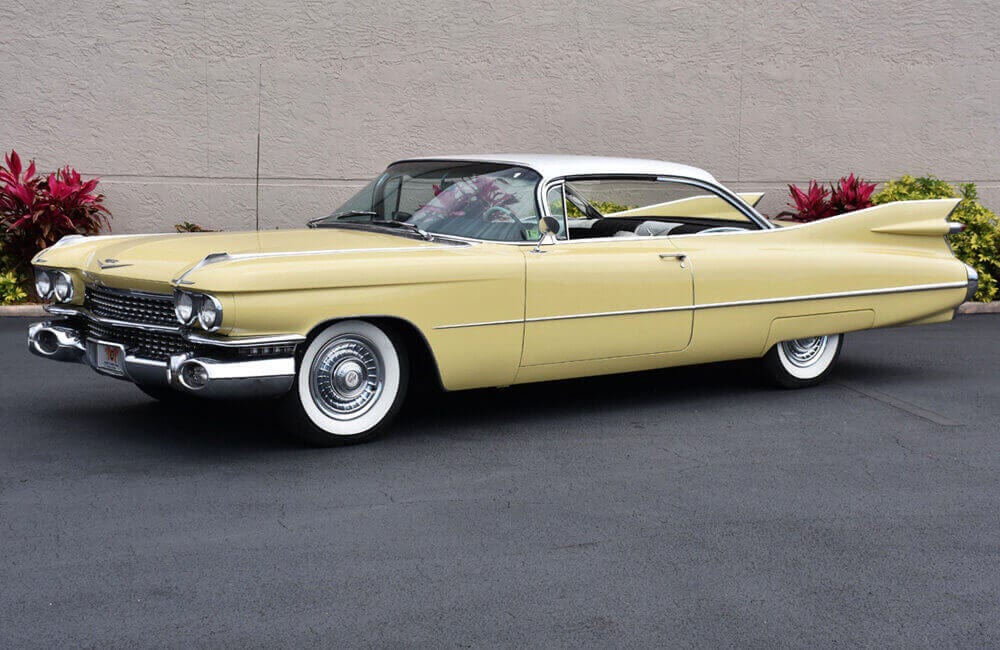 The Coupe De Ville ran for eight generations until it was pulled off the market due to low sales. Cadillac didn’t get rid of the famous luxury car for good. The automaker renamed it Cadillac DTS, keeping its two-door, pillarless, hardtop body.

The Ferrari 308 GTB/GTS was made from 1975 until 1985. The car had a shorter life span than other Ferraris, but it is still well-loved. The car was designed by Pininfarina’s Leonard Fioravanti. The sports car came in two variations: Berlinette or Targa Top. The 308 was designated as the replacement for the Dino 246 GT/GTS. 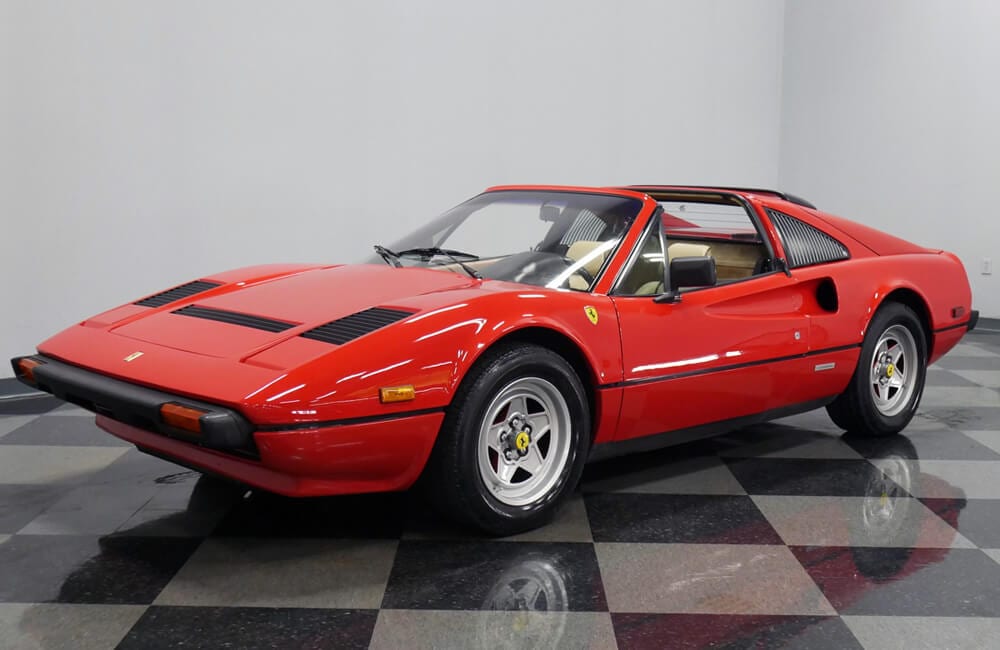 Ford fans were saddened when Ford announced that the 2018 Ford Focus would be the last Focus for North American markets. The Focus was a compact car that was first created under the “Ford 2000” plan, which was developed by Alex Trotman to globalize Ford and sell Ford compact vehicles worldwide.

The Focus was this ubiquitous model, which was first released in Europe in 1998. In North America, it started selling in 1999. The Focus was made in America, with parts produced in the Detroit, Michigan assembly plant. The last one rolled off the line on May 4, 2018.

The Honda del Sol succeeded Honda’s very popular model, the Honda CR-X. It had a short production run, however, lasting from 1992 until 1998. The Del Sol was a two-seater Targa Top car that was based on the same platform as the Honda Civic. Japan was the first country to get the del Sol, followed by the U.K. and then America. 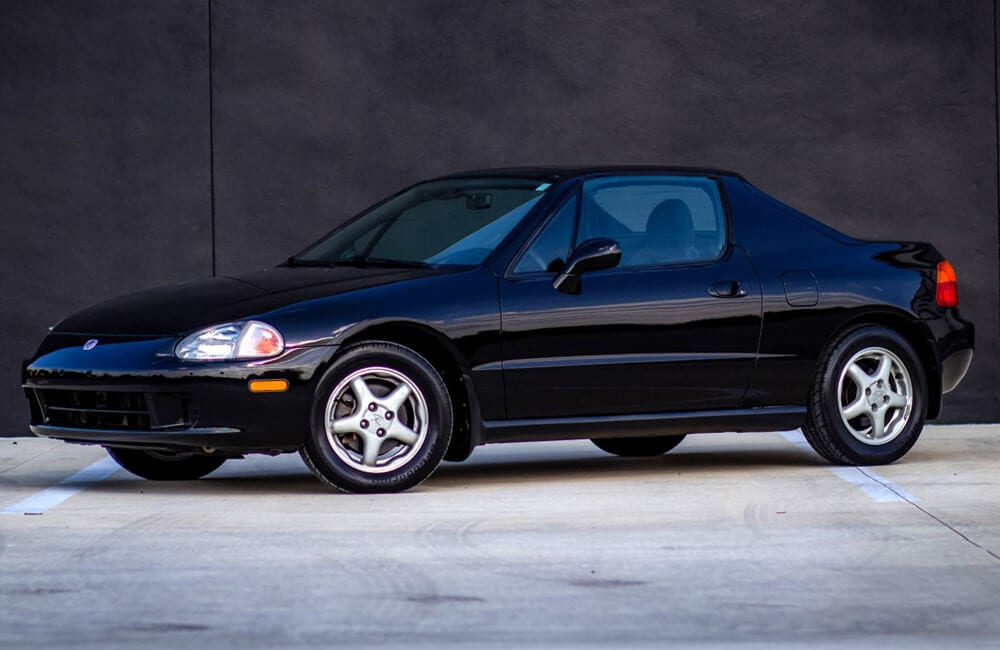 The “del Sol” in the name refers to the Spanish phrase, “of the sun,” and it refers to the opening roof on the car. The del Sol had a removable hardtop that you could stow in the trunk. You could choose from a manual sunroof or an automatic “TransTop.”

The Hummer H2 was a giant SUV that Hummer marketed and AM General built. The car is one of the most famous cars of the 2000s, but it had a short production run, lasting only from 2002 until 2009. The H2 was initially created for military use, but it was sold to civilians as well. 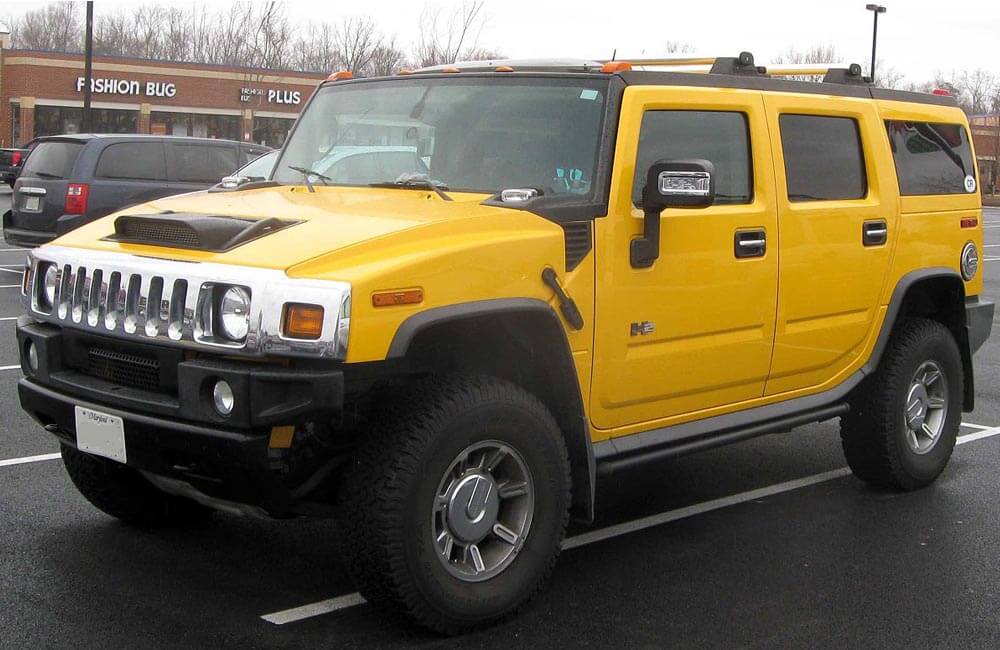 The H2 was created at the AM General Military Assembly Plant, located in Mishawaka, Indiana. AM General contracted with GM to build the H2. Clay Dean was the designer. The H2 got a Russian counterpart called the Avtotor (Автотор), which was built in Kaliningrad, Russia.

This is one of the rarer cars on this list, as only 282 Jaguar XJ220 vehicles were produced from 1992 until 1994. They were designed by Keith Helfet and Jim Randle and assembled at the Bloxham, Oxfordshire plant in the United Kingdom. The XJ220 was blisteringly fast when it came out. 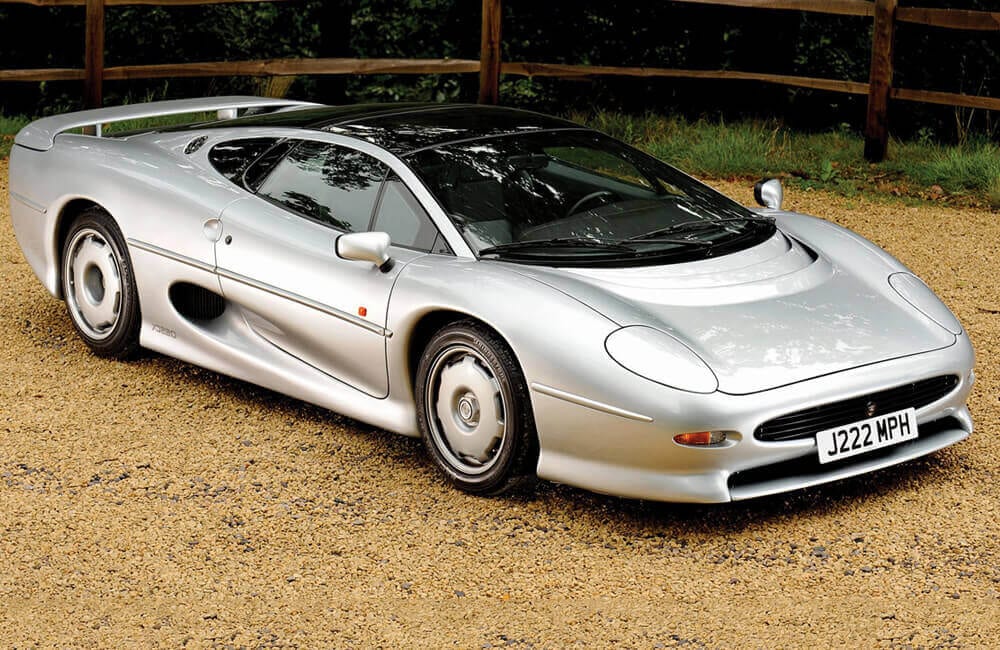 It got a top speed of 212.3 miles per hour, stunning viewers who had traveled to Nardo in Italy to watch the XJ220’s track day. The XJ220 started out as a concept car, designed by some Jaguar employees in their spare time. It then was turned into a V-12, turbocharged speedster in real life.

Lotus Cars built the Lotus Esprit for decades, from 1976 until 2004. The sports car was created at the Hethel Factory, located in Norfolk in the U.K. The Esprit was a two-door coupe that had a rear mid-engine and rear-wheel drive. 10,675 were built. They were designed by Giorgetto Giugiaro, an Italian designer who created sports cars based on polygonal “folded paper” constructions. 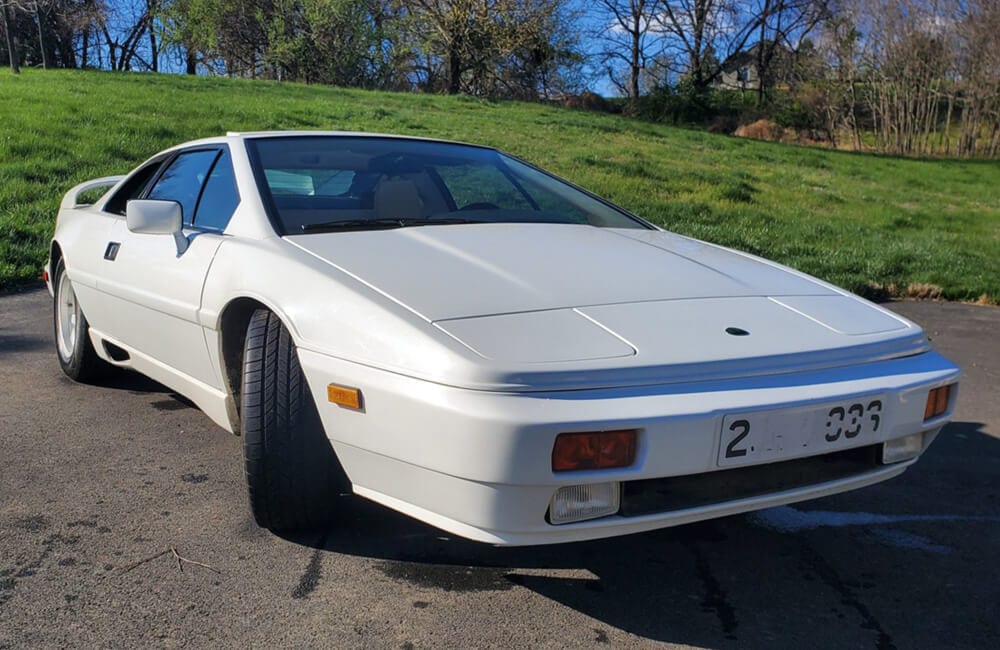 The Esprit was first proposed by Tony Rudd, a new addition to the Lotus staff, in 1970. Work began a year later on the 1:4 scale model, and it took two prototypes to finally get the Esprit to do well in wind tunnel tests, thus leading to its marketing.

The Mazda RX-7 was a sports car that was marketed from 1978 until 2002 by Mazda. It had three generations, all of which were two-seater coupes. The RX-7 was a highly praised car. Car and Driver put it on its “Ten Best List” five different times throughout its lifetime. 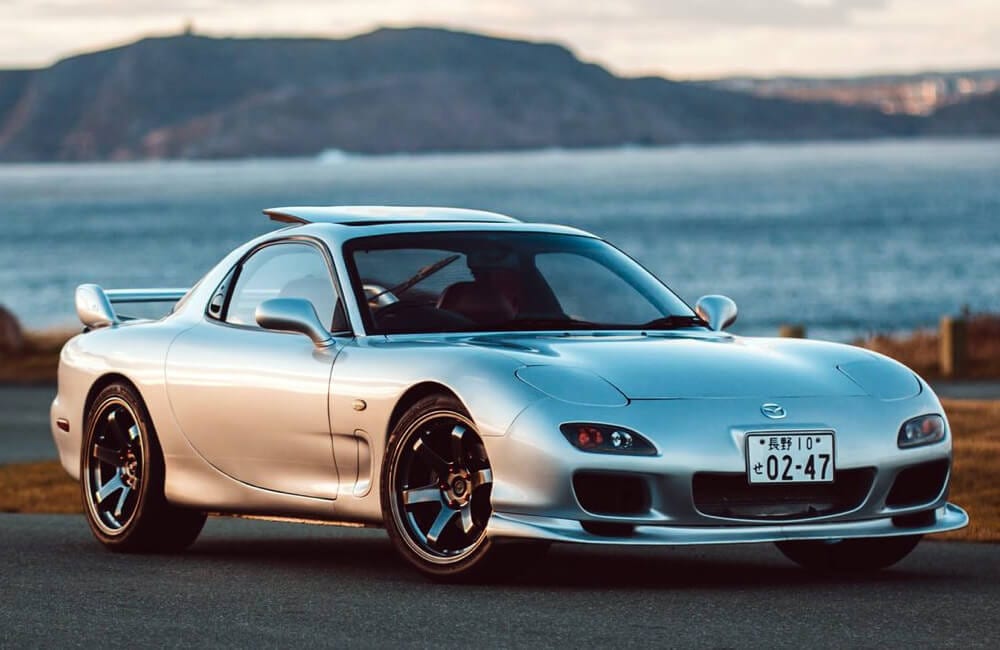 The RX-7 sold well, with 811,634 cars assembled in Hiroshima, Japan. The sports car succeeded the RX-3, and it would later be succeeded by the RX-8. The RX-7 came with several engine options, the latest of which (and the most exciting) was a turbocharged 13B REW. Some of the generations also offered a 2+2 seating option at extra cost.

The Austin-Healey 3000 was made by Austin-Healey, which was a British sports car manufacturer. The sports car was developed in a joint venture between the BMC (British Motor Corp) and Donald Healey Motor Company. The “Austin” came from the Austin division of BMC. 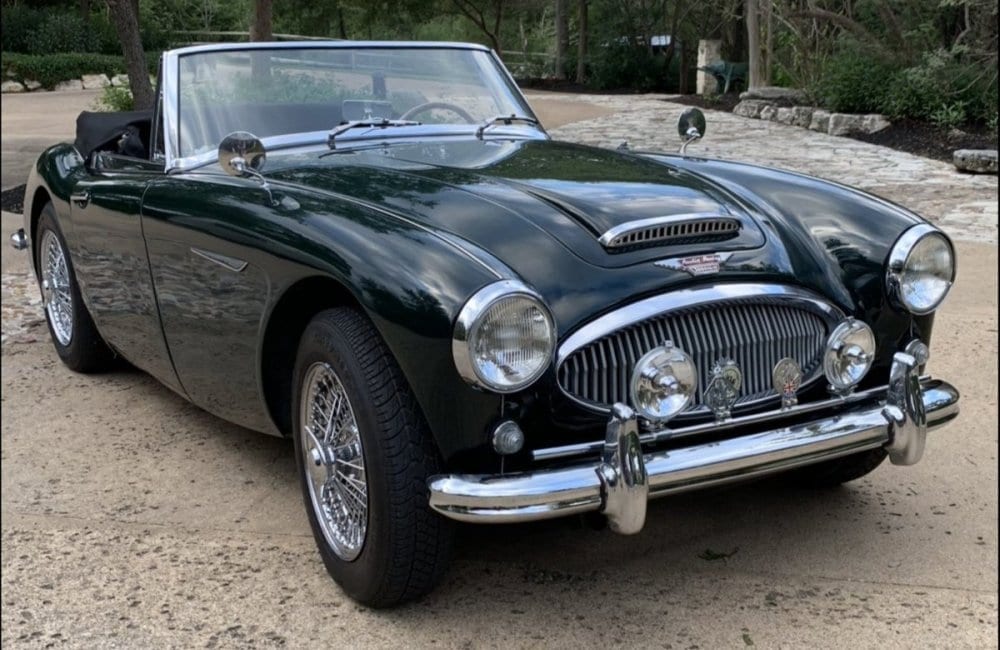 The 3000 was assembled in England, but 91.5% of the cars were exported to North America. The 3000 had a 2.9L C-Series I6 engine. The 3000 came as a roadster or a convertible, and production ceased in 1967. The 3000 was one of the most successful rally cars of its day, and it is still raced in classic vehicle competitions.

The Oldsmobile 4-4-2 (AKA the 442) was one of the most famous muscle cars of the sixties and seventies. The muscle car was made by Oldsmobile, starting in 1964 and ending in 1980. The 442 began first as an option package for the Cutlass and F-85 models, both of which were sold only in America. 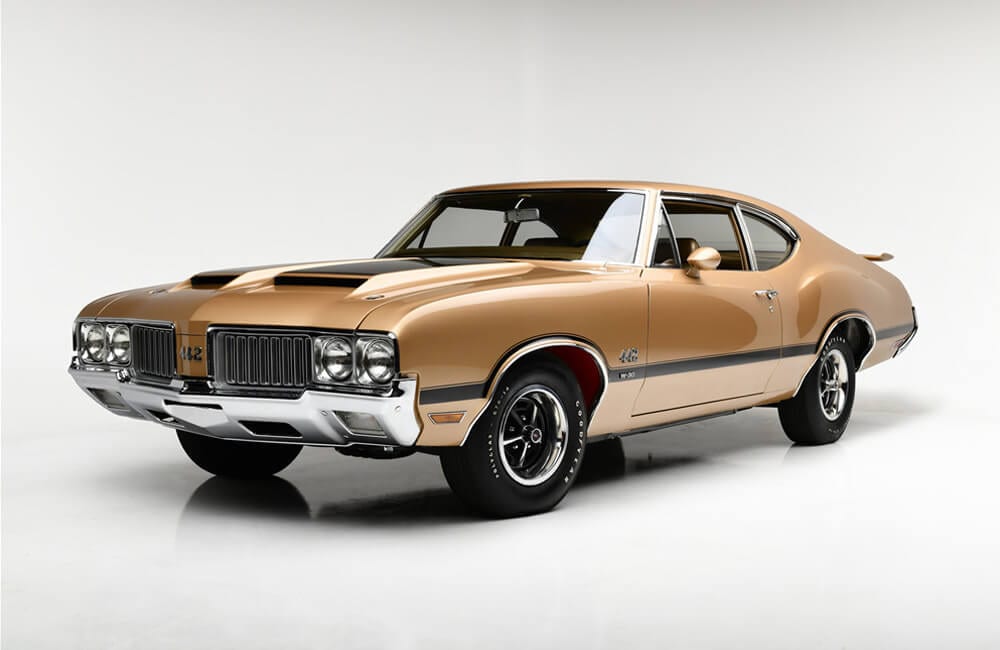 That changed when it began selling extremely well. Oldsmobile executives decided to make the 442 its own model. The “442” designation came from the four-speed manual transmission (4), the four-barrel carburetor (4), and the dual exhausts (2). The 442 preceded the Oldsmobile Aurora.

The now-defunct Packard company produced the Packard Eight, a luxury car, from 1930 until 1938. The Packard Eight was a big part of the auto industry’s beginnings, and Packard took advantage of the new market by offering the Eight in four different variations: the Standard Eight, De Luxe Eight, Custom Eight, and Speedster. 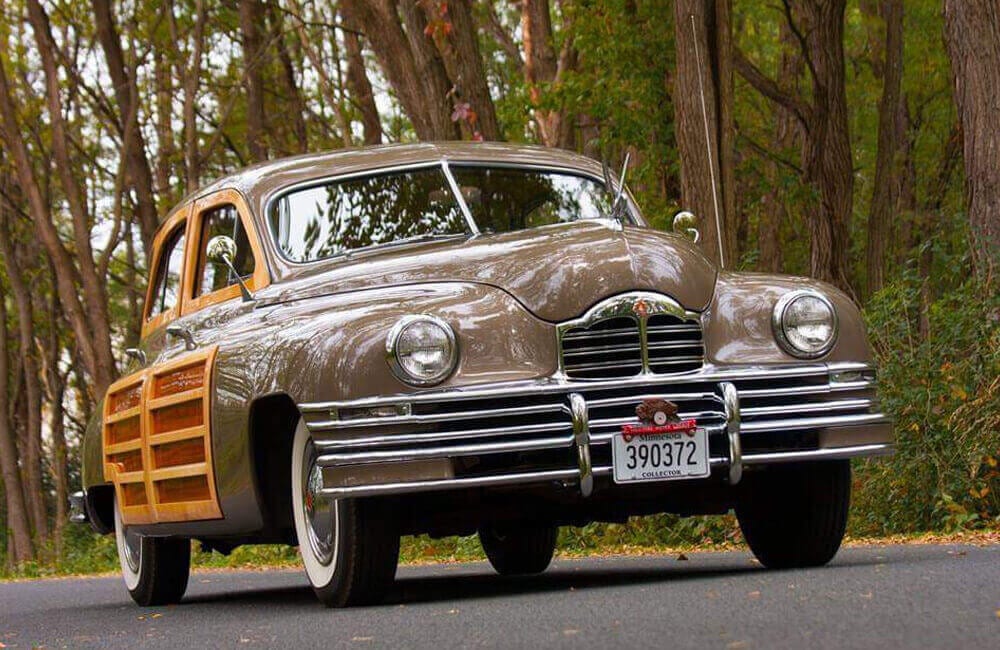 Not to be confused with the concept car of the same name, the Chevy SS was assembled in Australia and was known there as the Holden Commodore. Holden is a subsidiary of GM. The SS was the first rear-wheel-drive sedan with a V8 engine in 18 years. Chevy unveiled the SS at the Speedweeks Event in Daytona Beach, Florida back in 2013. 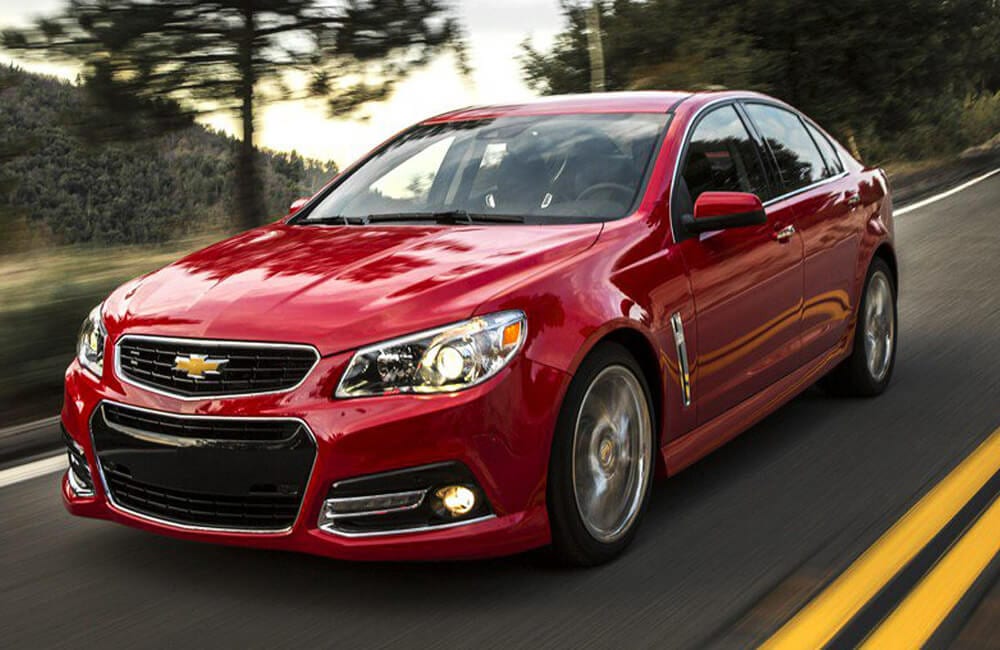 The SS had a 6.2L LS3 V8 engine that came straight from the Chevy Corvette C6. The power on the SS was pretty impressive, with 415HP and 415 pound-feet of torque. The only transmission available was a six-speed automatic.