If there’s one expensive toy the rich and famous strive to save up for, it’s undoubtedly a yacht. These luxury cities-on-the-sea can cost upwards of tens of millions of dollars – with some superyachts even escalating into the hundreds of millions.

With such a hefty price tag, it takes someone with massive wealth, like Bill Gates of Microsoft fame, to be able to afford such open ocean opulence. On top of employing a small crew of nautical experts full-time to maintain (and navigate) the vessels, the fundamental cost of fuel alone is more than most will pay for college.

Many yacht owners and charters also go the extra mile of supercharging their yachts with all kinds of bells and whistles. Let’s take a look at the most incredible (and incredibly expensive) yachts out there, owned by titans of industry from all over the globe.

All the Biggest & Most Expensive Celebrity Homes
If there’s one thing the biggest stars love to splurge on, it’s a custom-made mansion. Celebrity real estate tends to be a fairly huge industry all on its... 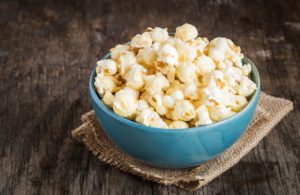 Commonly Eaten Foods That Are Bad for Your Health
We all lead busy lives, and it can be hard to remember to eat healthy. Sometimes, it’s easier to just grab food off the shelf, thinking only of... 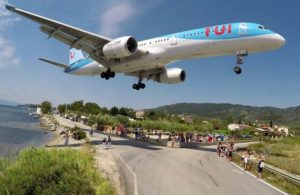 The Most Dangerous Airports Ever Built
Traveling can be stressful, no matter who you are. Whether you’re traveling for leisure, work, or anything else, there are a ton of different tasks you have to... 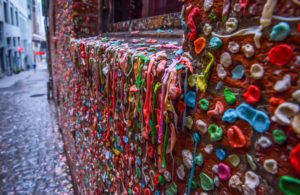 Rock and Roll Hall of Famer Eric Clapton owns no less than four of the world’s most expensive guitars – along with one of the world’s most elite superyachts. Dubbed Va Bene, Clapton’s impressive sea vessel was built in the early 1990s by legendary designer Richard Hein. Clapton paid an estimated $10 million to buy it in 2005.

And with an estimated net worth hovering around $250 million, Va Bene’s $10 million price tag is a relative drop in the bucket for one of music’s most revered (and profitable) icons. In fact, Clapton consistently ranks among the top dozen richest musicians who ever lived.

New Zealand billionaire and businessman Graeme Hart bought the 107-meter yacht, Andromeda, back when it was named Ulysses. It is an expedition yacht that was first constructed by Kleven Maritime AS. It was moved from their headquarters to Bremerhaven, where it was finished in 2015.

It was finished by Dorries Maritime Services at the Stahlbau Nord shipyard. It has a beam of fifty-nine feet and a top speed of thirty kilometers per hour. It accommodates up to thirty guests and forty-three crewmembers. It is the second yacht of its kind for the builder, Kleven. Its broker is Fraser Yachts.

In true rags-to-riches fashion, Hart built his billion-dollar packaging empire after years working as a truck driver. Later expanding into holdings and consumer goods, Hart quickly became one of the richest men in both New Zealand and the world.