When it comes to the rarest cars in the world, we’re not just talking about the price. Sure, the price for most of these vehicles is in the millions, but the other thing that makes them so valuable and so rare is that only a few, comparatively, were ever made.

Just thirty-three of the 1962 Ferrari 250 GTs are left in the world. This car was produced by the luxury automaker from 1962 until 1964. The car was extremely fast and powerful, despite its somewhat dainty exterior. Under the hood was a Tip 168/82 Colombo V12, the classic Ferrari engine at the time. 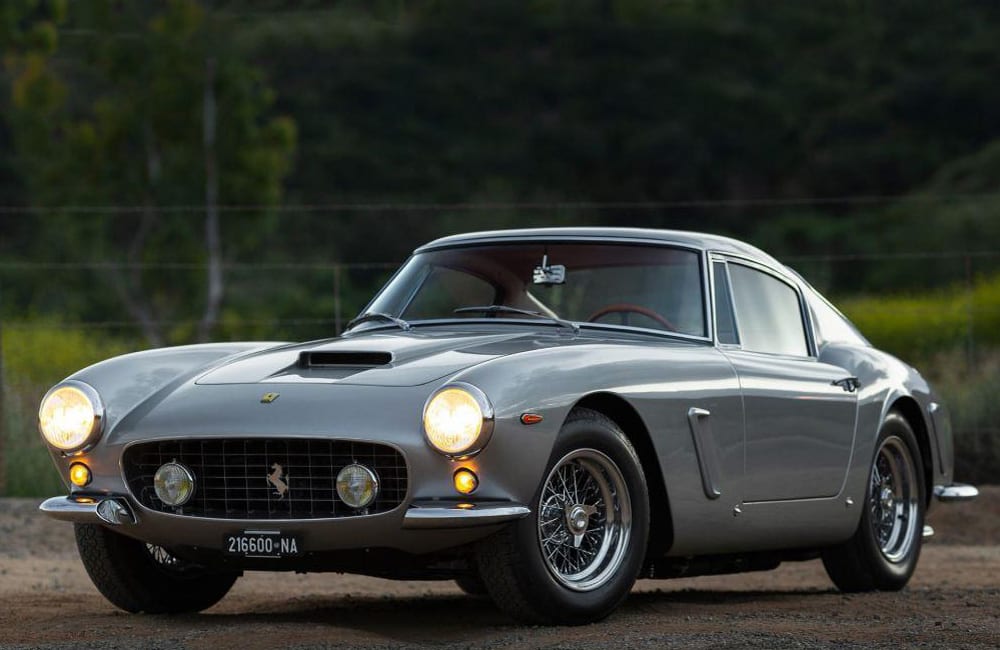 The 250 GT was designed for the Grand Touring Car segment of Ferrari’s lineup. It was part of the FIA Group 3, specifically. Originally, 36 were produced, but three were destroyed in accidents. The current horsepower of the latest ’64 iteration of the GT is 296 horsepower.

The Koenigsegg CCXR Trevita is a limited edition of the brand’s CCXR. The Trevita has a price in the millions, so only the super-wealthy can afford them. Boxer Floyd Mayweather is one of those super wealthy car lovers, and he showed off his Trevita on his Instagram in 2017. 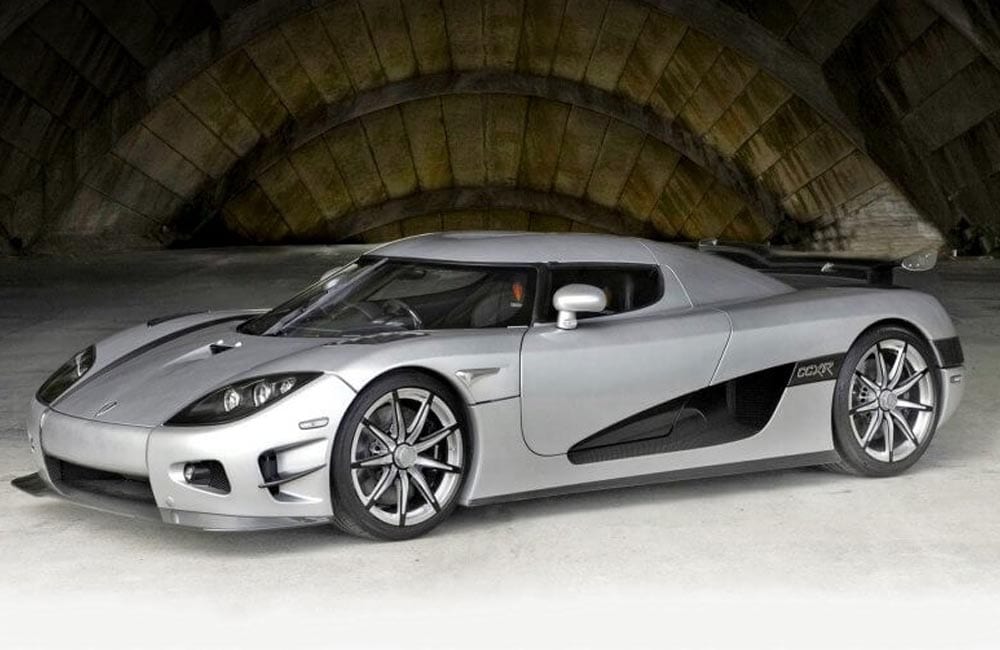 In Swedish, “Trevita” means “three whites.” The Trevita has a Diamond Weave, which Koenigsegg patented, that coats the carbon fibers of the car with a diamond finish. This treatment takes place in small quantities. The complexity of the Diamond Weave finish meant that the carmaker could only ever produce two.

Only 13 of the 1971 Hemi ‘Cuda Convertible have ever been made. In 2007, car bloggers predicted that we would see the price of these ‘Cudas skyrocket into the $5 million range, but the 2008 financial meltdown ended up putting the kibosh on that prediction.

However, this rare, two-door pony car has still become one of the priciest muscle cars around, with a $3.5 million price tag. One most recently sold in Seattle at the Mecum Auction in 2014, where a four-speed, blue ’71 ‘Cuda sold for $3.5 million. You might also recognize the 1971 Hemi ‘Cuda from the CBS show Nash Bridges.

If “Talbot Lago” doesn’t ring a bell, that’s likely because the company behind this 1954 Talbot Lago Grand Sport, Automobiles Talbot S.A., was only in business from 1916 until 1959. It was headquartered in Suresnes, Hauts de Seine, which is located just outside Paris. The company had its peak in popularity right after WWII. 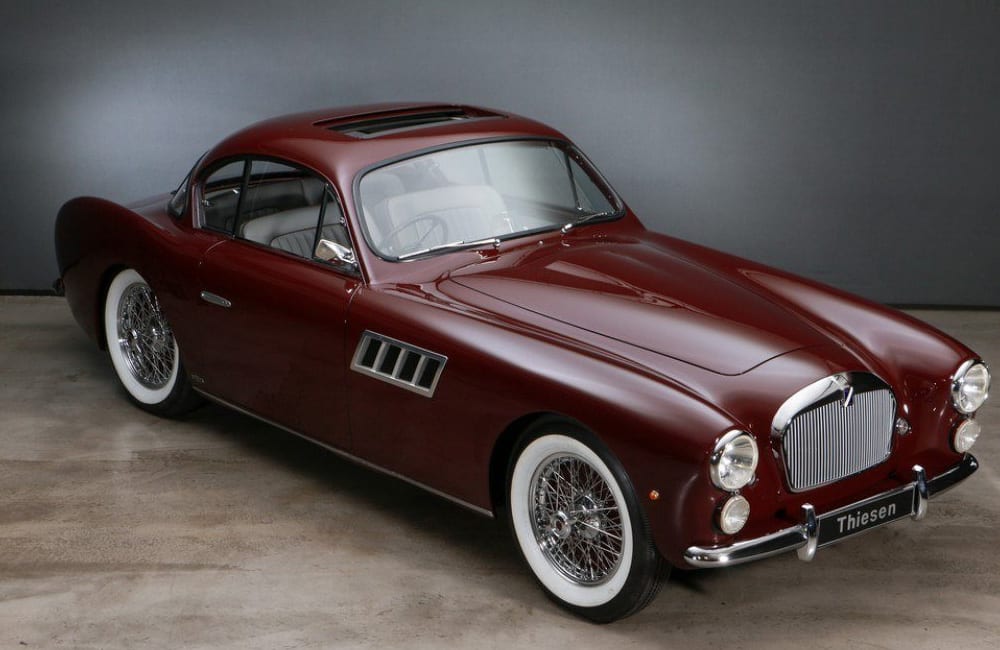 The 1954 Talbot Lago Grand Sport was famous for its speed, which was novel for the times. the engine got 170 horsepower, and it later was adapted to get 20 more horsepower than even that record-setting number. The car was derived from a T26C Grand Prix race car.

You can’t talk about fast, expensive, or rare cars in the world without McLaren’s name coming up. The McLaren F1 LM is a track-focused variation of the F1. The “LM” stands for Le Mans. The F1 LM is a tribute car, built to honor the five GTRs that competed in and finished the 24 Hours of Le Mans in 1995. 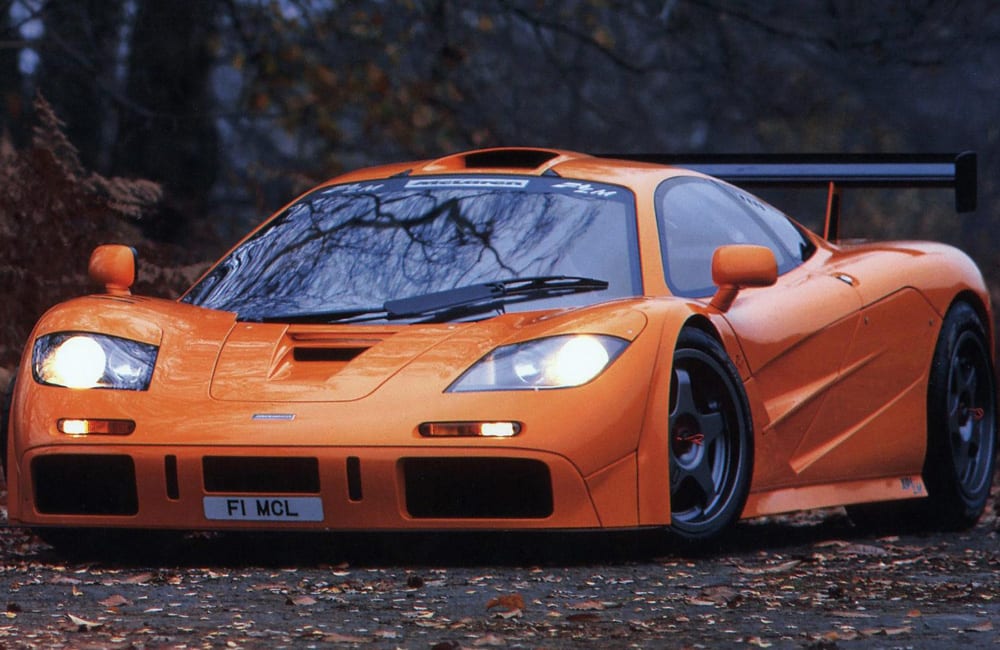 The LM is one of six ever produced, and that includes the prototype vehicle. The designers were Gordon Murray and Peter Stevens, and the McLaren rolled off the line in Woking, Surrey, England. The engine is a 6.1L BMW S70/2 V12.

Only one of these vehicles was ever made, as the Phantom Corsair was a prototype car, not one that was actually destined for mass production. Manufactured by Rust Heinz, of the Heinz ketchup fortune, and Maurice Schwarz, this 1938 two-door sedan sat on the Cord 810 platform. It had a L-Head V8 4.7-liter engine. 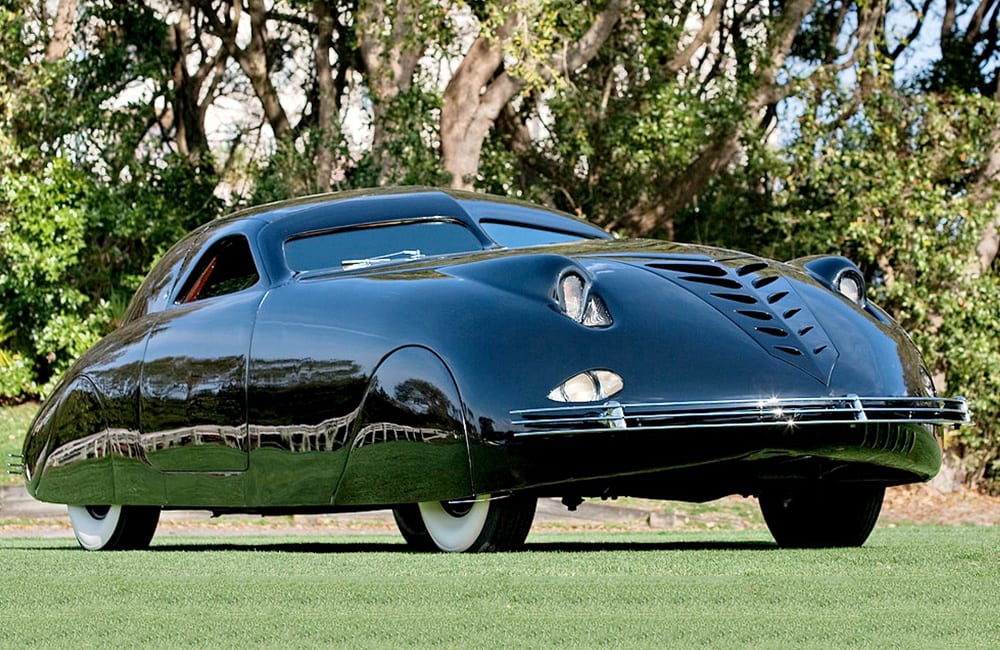 In 1938, the car cost $24K to produce, which is today’s equivalent of $370K. The Corsair was regarded as ahead of its time, thanks to its futuristic styling, such as its low-profile and faired-in fenders. The car very well may have been mass-produced, but for Heinz’ car crash death in 1939.

Icona is a design house that was founded in Turin, Italy (though its headquarters have been moved to Shanghai, China), and it is known for fast, unique cars. Icona released the 2013 Icona Vulcano Titanium. This car is made of almost 100% titanium, and it boasts a top speed of 220 miles per hour. 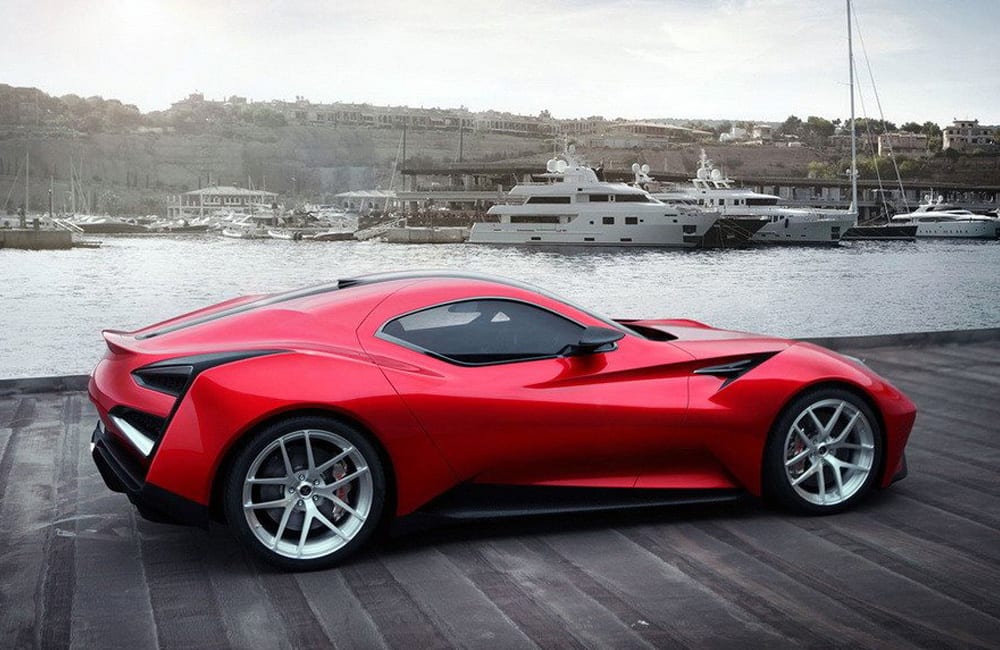 Icona debuted this all-titanium car at Pebble Beach in 2013. The Vulcano Titanium has a 6.20liter V8 LS9 engine, which Corvette allowed Icona to borrow from its C6. The Titanium’s curb weight is 3,516 pounds, and its coachbuilder responsible for the titanium-carbon-fiber body is Cecomp.

Harley Earl will go down in history as one of the most creative and influential car designers of the twentieth century. Earl had a number of pet projects, and one of these was called the XP-20 Project (nicknamed the F-88). Earl, along with Bill Mitchell designed this dream car based on sketches drawn by Bill Lange years before. 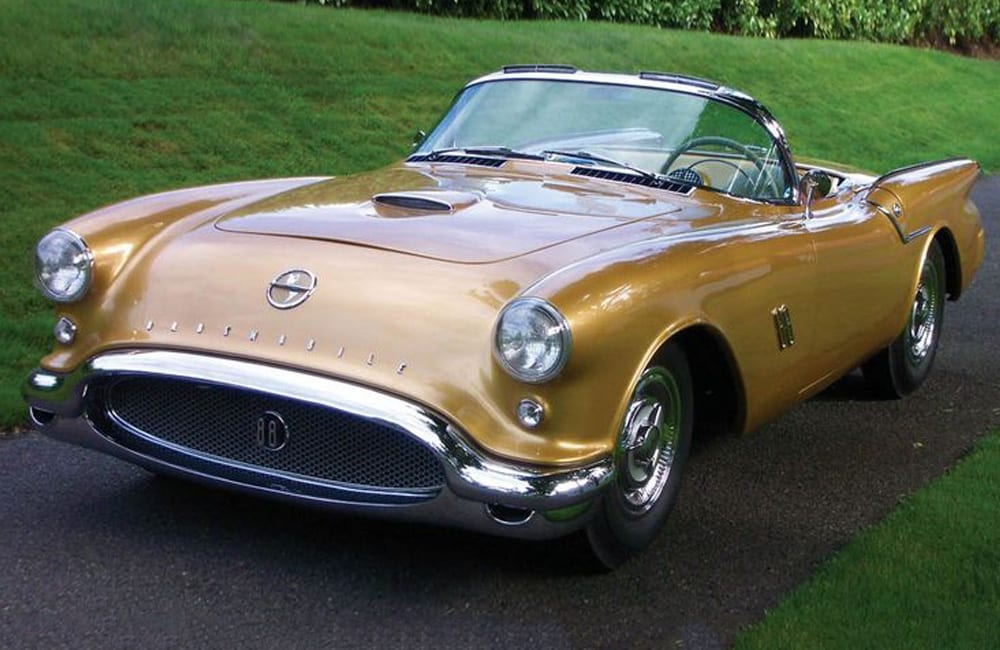 The F-88 had the chassis of a Chevy Corvette, and its wheelbase measured the same, at 102 inches. The body of the F-88 was made all of fiberglass. This “dream car” was painted with sleek, gold paint that gave it a shimmery, ethereal appearance. 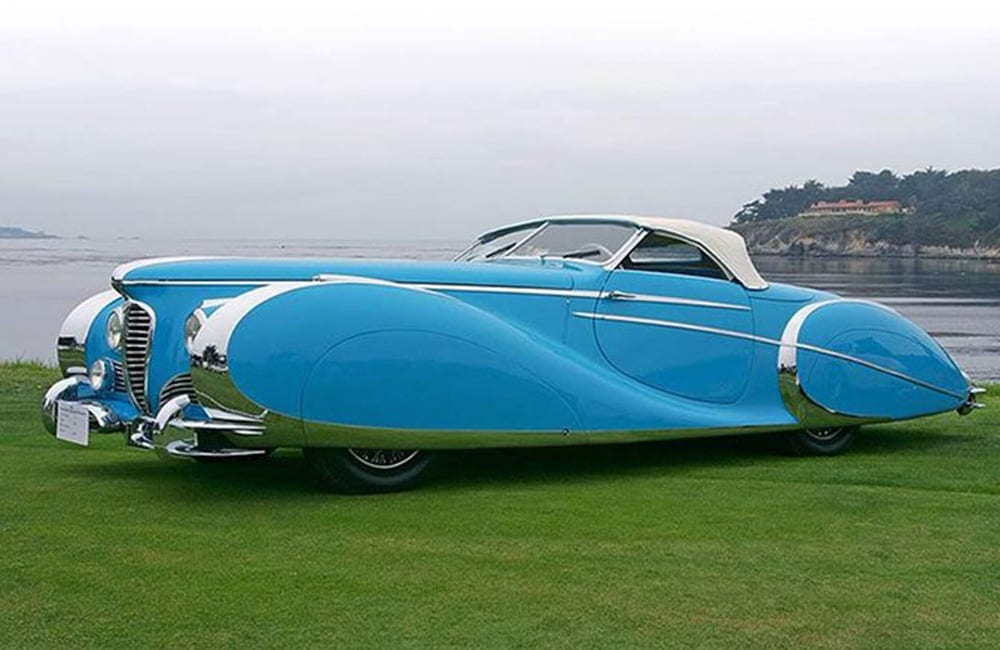 This car was also owned by England’s Sir John Gaul, who took it across Europe and won several races, such as the Grand Castle du Bois de Boulogne (Paris), the Coupe de l’Automobile (San Remo), and the Monte Carlo Concours (Monaco). Under the hood was a 4.5L engine. The Saoutchik also boasted a radio and car heater, both of which were novelties at the time.

The 1955 Mercedes 300SL Gullwing was based on the 1952 Benz racer called the W194, and this two-door coupe had the same mechanical, direct fuel injection that its predecessor had. The direct fuel injection amped up the power by 50% when compared to other cars in the lineup. The Gullwing had a 3-liter overhead engine. 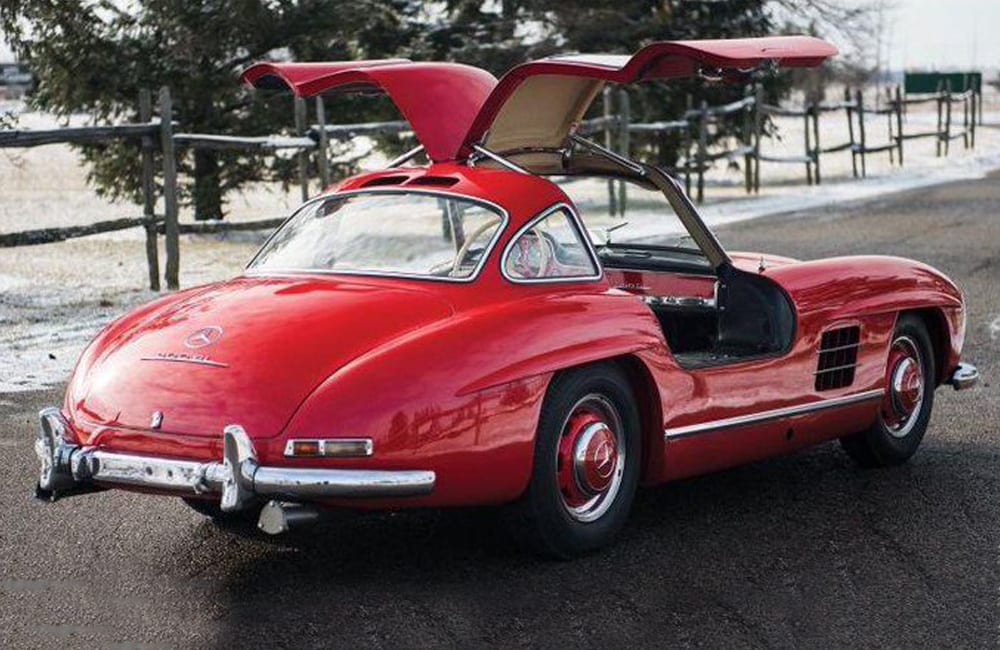 At the time of its design, the Gullwing had a top speed of 163 miles per hour. This made it the fastest production car of its era. The Gullwing’s “SL” abbreviation is actually German in origin. It means “super-light” in German. The Gullwing was the first to use the SL designation.

The Pagani Huayra itself is already pretty rare, with Pagani making only 100 of these vehicles. However, the Huayra BC is even rarer. The Huayra BC is the track-focused variation of the Huayra. It debuted at the Geneva Motor Show in 2016, and the “BC” stands for Benny Caiola. Caiola was founder Horacio Pagani’s best friend and Pagani’s first customer. 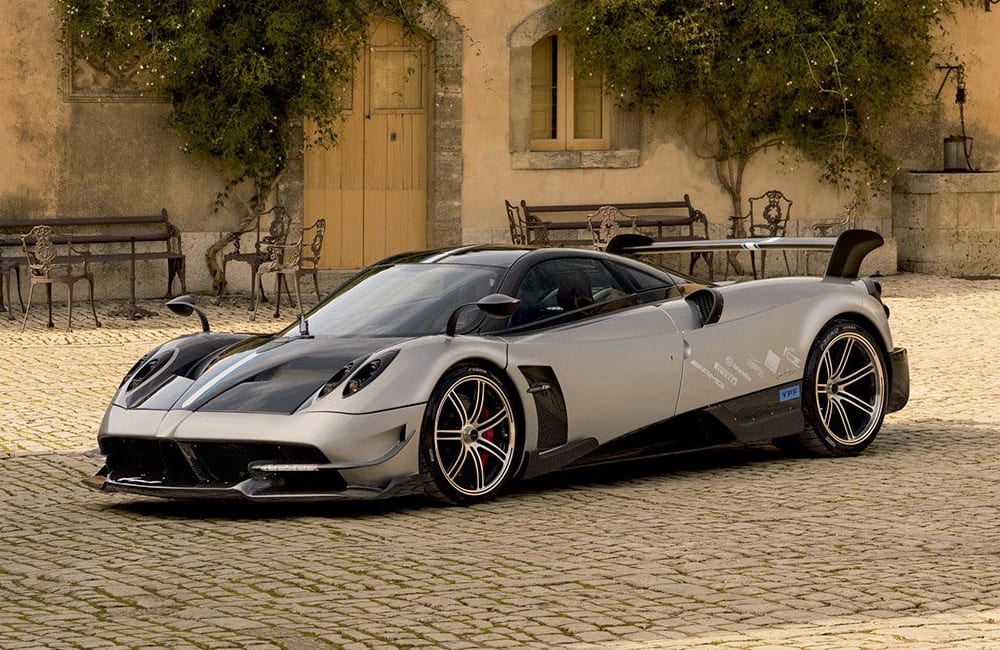 The BC has a 6.0L twin-turbo V12 engine under the hood. The engine gets 745 horsepower and 811 pound-feet of torque. The weight of the car is 291 pounds lighter than the non-BC Huayra, thanks to its carbon triax body material.

In 1930, the Bugatti Royale was launched, and the asking price was $30,000 (today’s equivalent of $463,420.96). However, as history buffs know, the world’s economy tanked that same year, right after Bugatti launched the Royale. So, the Royale never sold, and not many were made, as there were no buyers during the Great Depression. 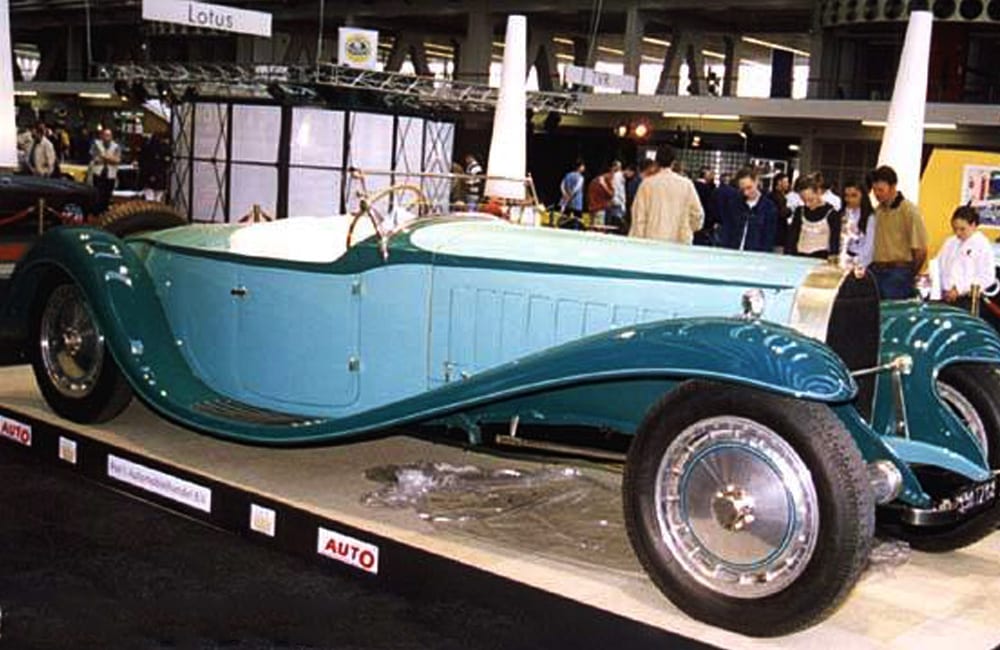 The Royale was Ettore Bugatti’s pet project, and it has been considered his most luxurious vehicle. Bugatti designed it to transport heads of state, according to Bugatti historians. This was Bugatti’s largest vehicle, as well as its most exclusive. Only nine remain in the world.

The 2012 W Motors Lykan HyperSport is a supercar that comes straight from Dubai. This supercar owes its creation to a partnership between Italian and Lebanese engineers, and it holds the distinction of being the first sportscar both produced and designed in a Middle Eastern country. 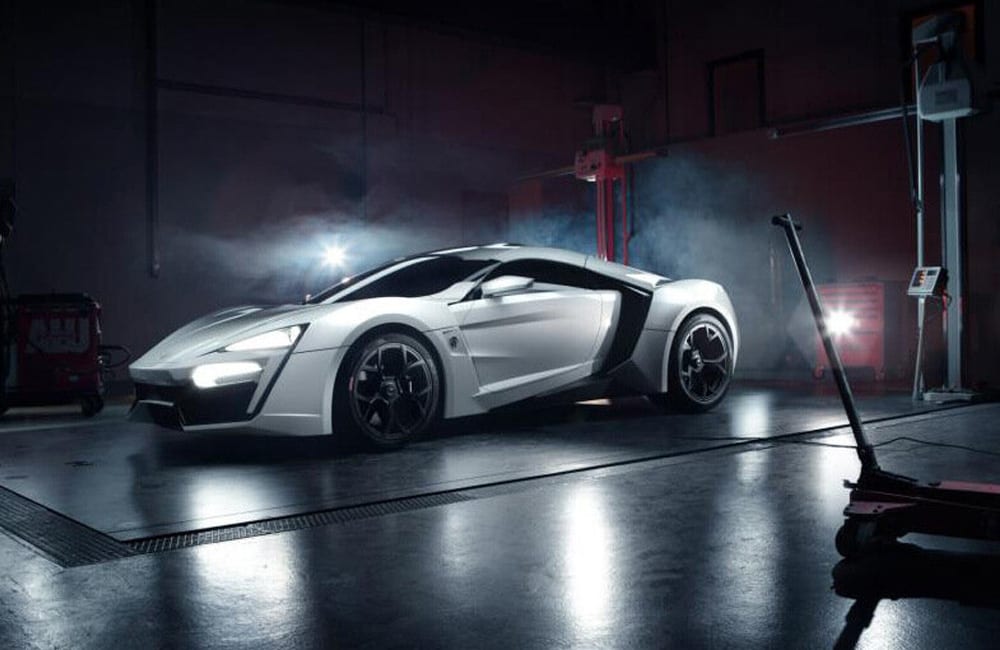 The HyperSport’s planned production count was seven, but only six would ever be able to be purchased by customers, as the Abu Dhabi Police called dibs on one of the cars. The engine is a 3.7-liter twin-turbo flat six engine that gets 780 horsepower. The interior is equally luxurious, complete with gold stitching on the seats. The top speed is 245MPH.

Another Bugatti entrant to this list is the 2005 Mansory Bugatti Veyron Linea Vivere. When Bugatti launched the supercar in 2005, it was the most powerful car in the world. Then, Bugatti outdid itself by releasing the Chiron, which gets 1,500 horsepower. The Mansory is still no joke under the hood, getting 1,110 horsepower. 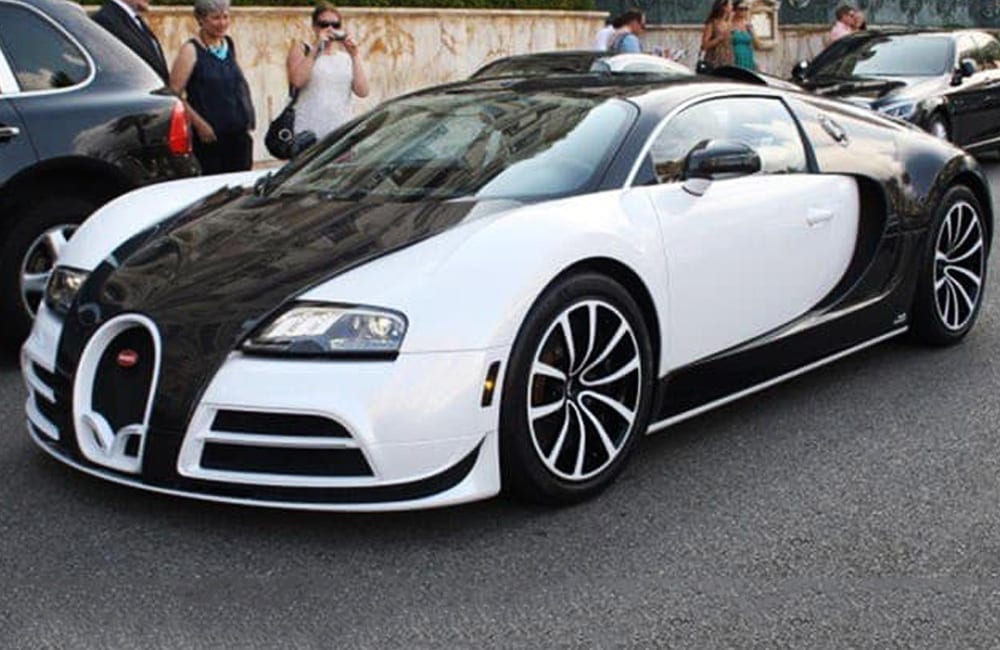 The Mansory can go from 0 to 60 in 2.5 seconds, and it owes its speed to the 8-liter, W16 engine got an upgrade before the Mansory dropped. This upgrade added 109 extra horsepower onto the specs. The Mansory has a top speed of 252 miles per hour.

Advertisement
Life Skills Every Adult Should Know to Save Time & Money
Life’s hard, especially the adulting portion of it. Let’s face it, life skills are easier said than done. For example, you know you should “be organized,” but what does that even mean? Should you invest in a file folder? A Rolodex, like it’s the nineties? Looking on Google for the answers to your daily trials […]
Cheap Wedding Trends You See Everywhere
Weddings are gorgeous days filled with love, light…and probably a trend or two that won’t be around within the next five years. Whether you realize it or not, weddings these days are heavily influenced by social media, royals, and keeping up with the Joneses.  There are some wedding trends that we just can’t get away […]
Future Tech Products That Are About to Change Our World
One thing that is certain about modern technology is that before anyone realizes what’s happened, it has become old and dated, thus allowing what were once pipedreams of future products to transition into being modern technology. From a real-life Jurassic Park experience to a toilet that has the ability to analyze one’s waste in order […]
Biggest Money Scams of All Time
Scamming naive people who are hoping to make a quick profit is a practice that opportunists have been undertaking for thousands of years. As the times have changed, however, the scams and those perpetrating them, have evolved.  From modern-day multi-layered marketing companies to multi-million dollar carpet cleaning companies that don’t even exist, here is a […]
Advertisement