Putting your own stamp on your home is perfectly natural, but have you ever stopped to consider just what your personal touches do to the value of your home? Everything from painting to tiling choices and beyond could impact how much future buyers are willing to pay.

It’s not always as simple as going to Home Depot and fixing things up before the realtor comes along. The kitchen renovations you were sure would add thousands to your asking price might actually have the opposite effect. Read on to find out what home reno trends could have been the worst investment you ever made.

One of the most popular trends when renovating a home is replacing light fixtures. It’s easy to see why this trend is so prevalent no matter what decade we’re living in. Fancy light fixtures can be a great way to transform a space – but what if you wanted to sell? 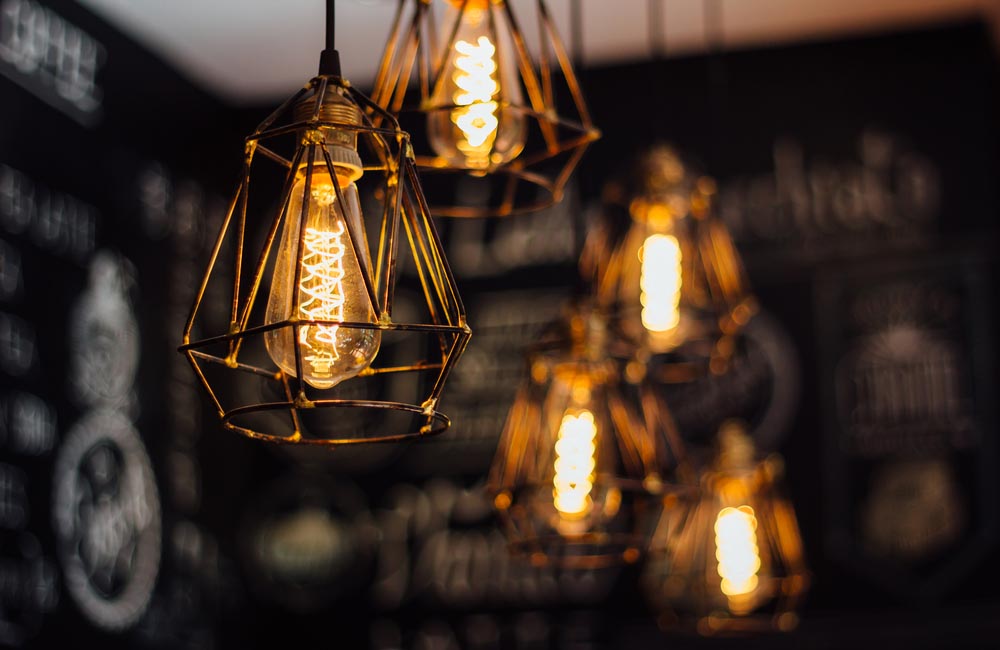 The trouble is, light fixture trends change so frequently you could find yourself having to spend hundreds of dollars updating it in the not-to-distant future. Better for go for something timeless and classic than splashing the cash on something you saw on Instagram last week.

Sunrooms tend to divide homeowners into two camps: those that hate them, and those that love them. While they can be great spaces that add space to a home, good ones aren’t cheap to build and upkeep. The average sunroom costs around $50,000 to install. 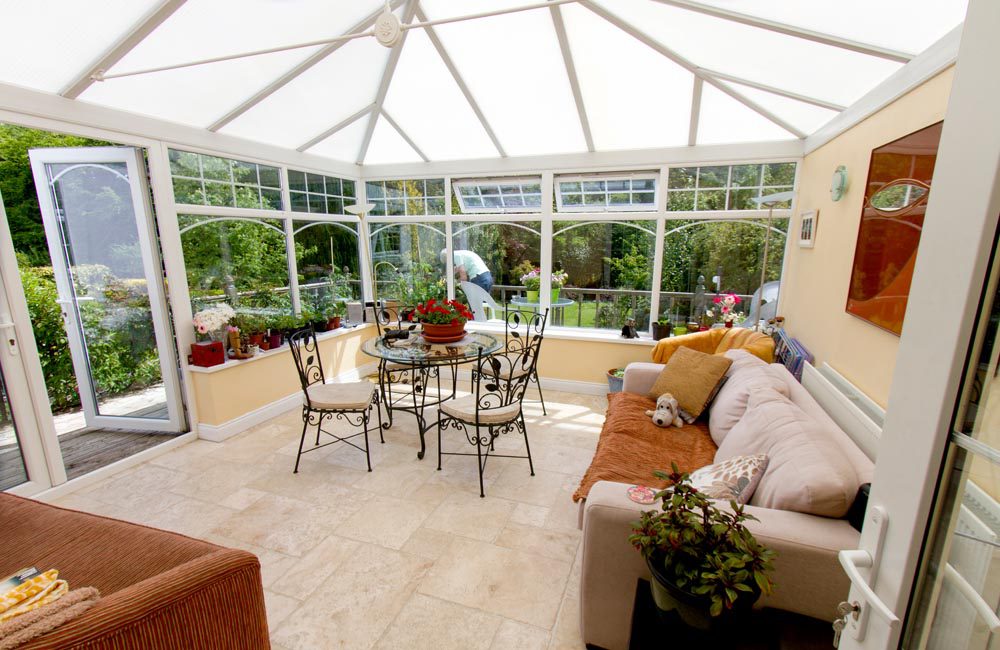 That being said, it’s not always a wise investment. In most cases, it’s highly unlikely that it will add any value to your home at all. So, if you do decide to go for one, just be aware that you probably won’t ever recoup the cost if you do decide to sell.

It’s no secret that most families really enjoy movie time, regardless of whether they have kids or not. During the 1980s, home movie theaters became more and more popular across the country. Suddenly, homeowners were investing in projector screens and dedicating whole rooms to the cause. 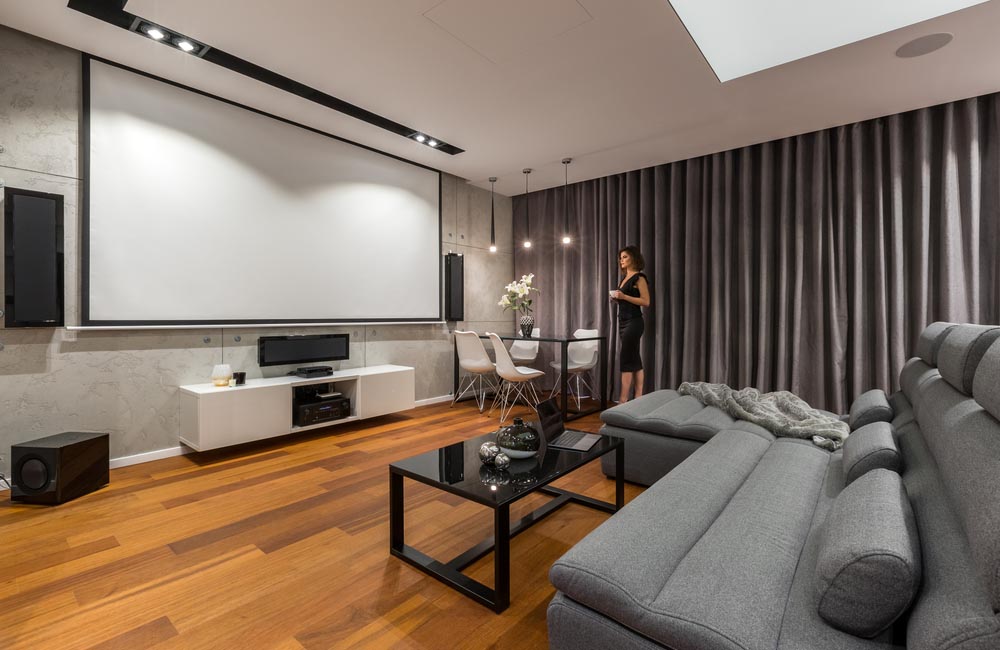 While the idea of watching your fave Disney movie on a giant screen in the comfort of your own home might be appealing, think twice before you act. Installing a home theater can cost upward of $10,000. If you sell, not all potential buyers will be swayed by the idea. Instead, they could be put off by having to renovate it into another usable space.

Inside space is super important when you’re making a house a home, but so is outside space. In fact, some people value outside space even more. Garden trends change just as much as interior fads, so how can that impact the value of your abode?

If you can, avoid planting huge, messy trees that have a tendency to grow big and wide. While they look great on Facebook they require a lot of upkeep. Even if you’re committed to it, other potential buyers might be turned off by the idea of either uprooting it or trying to maintain it.

In the 1970s, Artex was everywhere. The swirling patterns started sprouting up on ceilings, walls, and everything in between. Some people loved it so much back then that it was done as standard, but these days it’s nothing but a nuisance when buying or selling a home. 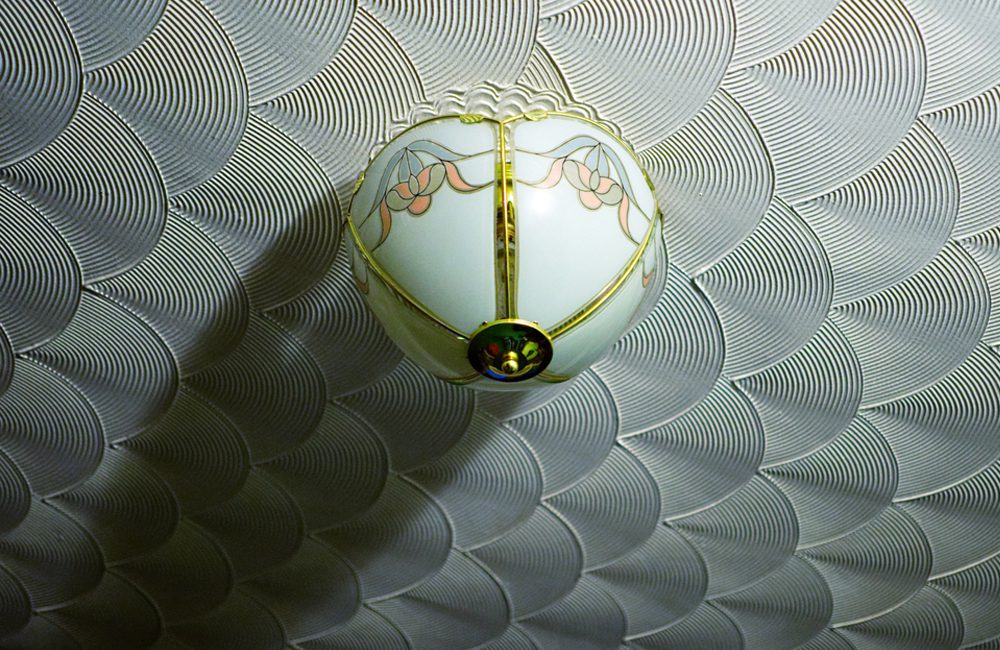 Vintage trends have seen somewhat of a return in Artex, but avoid it like the plague. Any potential buyer is far more likely to want a smooth ceiling than a textured mess. Plus, Artex is costly to remove at about $20 per meter. Even if you try to remove it yourself with gadgets from Home Depot it’s still going to be a waste of time and money.

We all know that owning your own home is a costly business. There are some things that can be repaired with just a little bit of knowledge, but anything big should always be tackled by a professional. 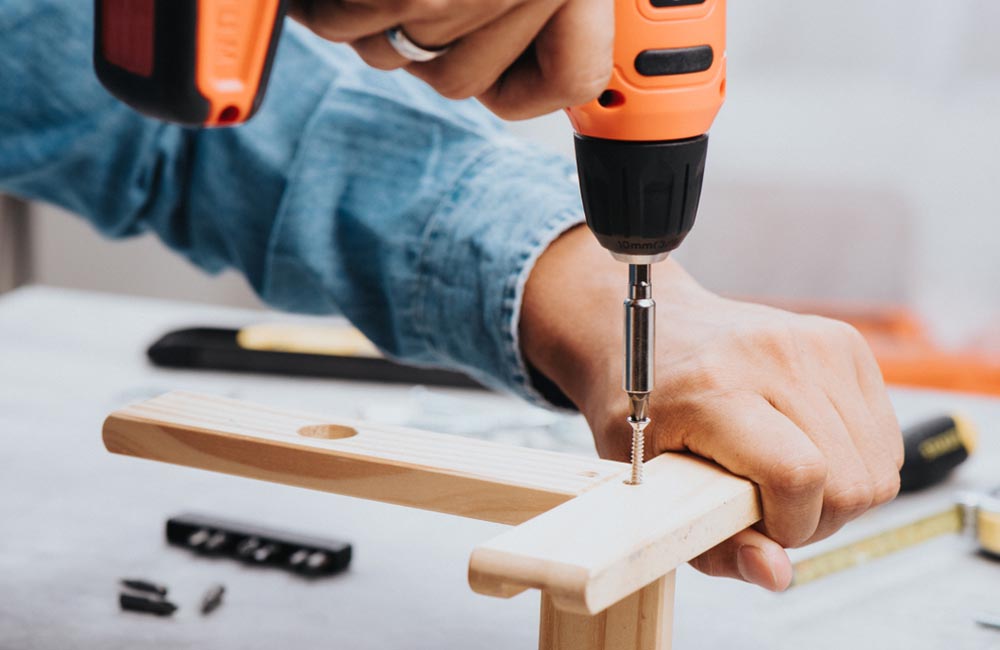 DIY repairs of things like major woodwork, tiling, or anything in this realm might look okay to begin with, but it’s a turn-off for potential buyers. DIY handiwork is less likely to be a long-term fix when compared to professional work. When discussing home value, you get out what you put in.

For a long time, bathrooms weren’t given a lot of attention by homeowners. Then as the world progressed, all sorts of luxurious designs started popping up. The idea of having a free-standing tub with copper faucets might sound great, but is it really worthwhile? 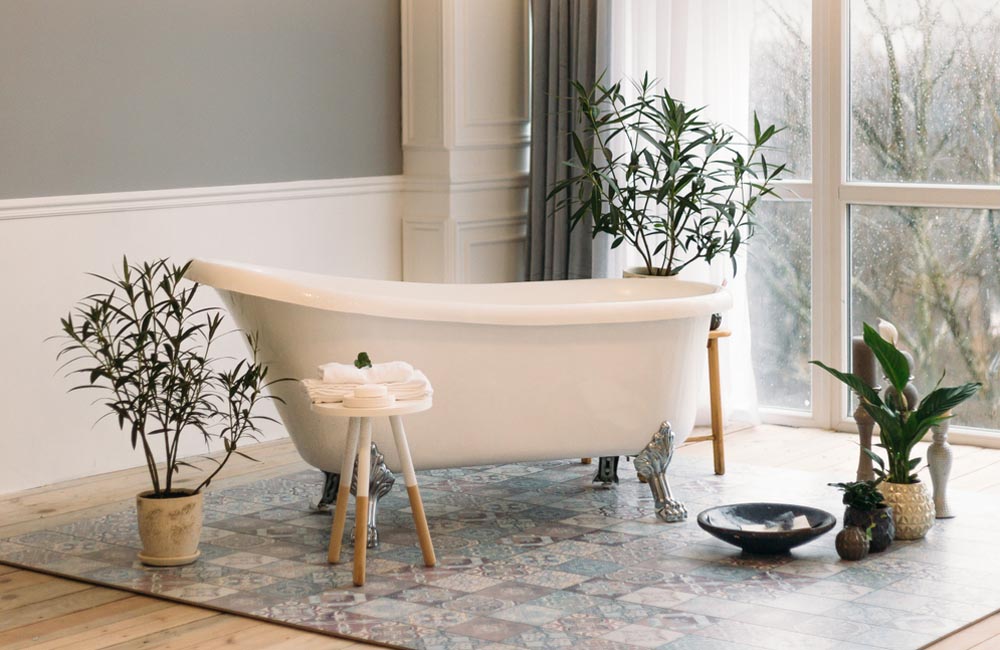 Quite often, buyers opt for practicality and functionality over anything else. The idea of dropping an obscene amount of money on a his-and-hers bathroom might be tempting, but if you do it, consider how likely it is to appeal to others if you ever want to sell. A nicely placed Walmart rug doesn’t always fix everything.

For some people, having a swimming pool in their backyard is the ultimate dream. For others, it’s a waste of space that could be better utilized. Whether a pool would add value to your home depends on a few factors, including where you live. 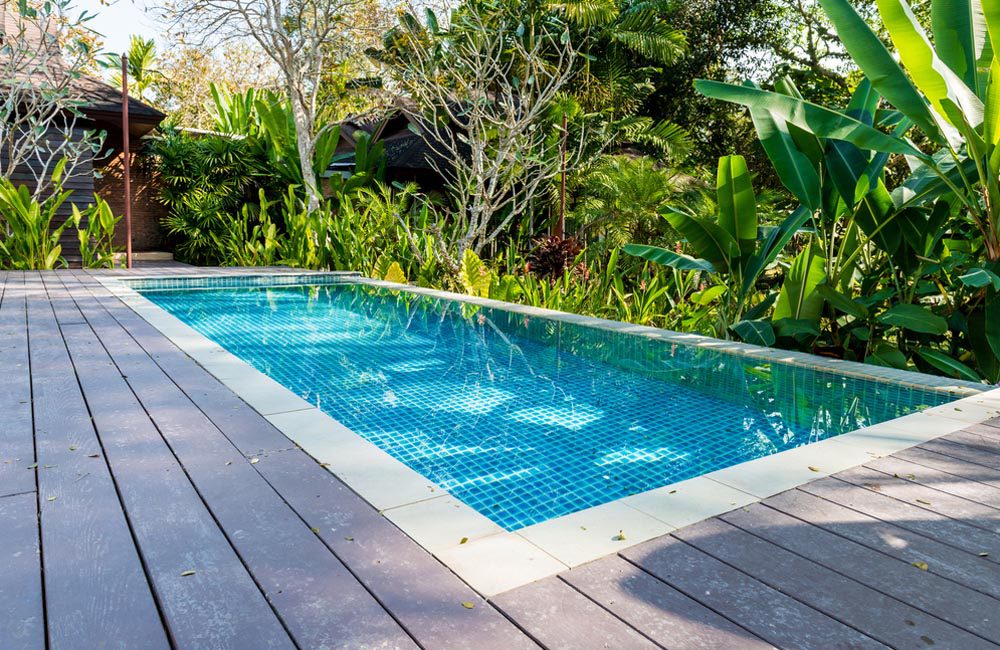 However, it should be noted that installing a pool for the sake of it could be a bad move. Not only will future buyers be faced with the lack of garden space, but they’ll also have to take into consideration the cost of maintenance. It’s not as simple as going to Target and buying some inflatables.

The obsession for vintage items has always lingered, but in the 2000s the stakes were upped. Since then, different trends become popular in cycles. In the late 2010s, 90s fashion became all the rage again, meaning we’re due for an early-2000s renaissance. 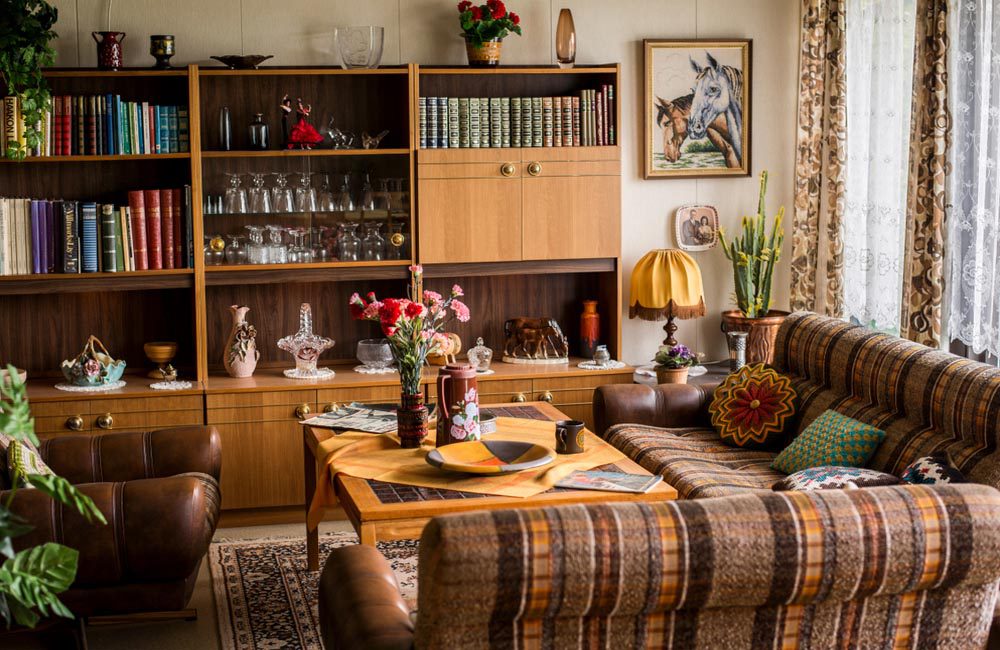 It’s one thing to change your clothes but think twice about making any permanent changes to your home. Built-in wardrobes, patterned carpet, sunken living rooms, or wicker furniture might look like an Instagram dream now, but in a year or two, it could be a massive turn-off for buyers.

There were a lot of things in the ‘60s that we could look back on and question now, but one of the most interesting items is woodchip wallpaper. This textured paper gave walls a rough look that some homeowners couldn’t get enough of. 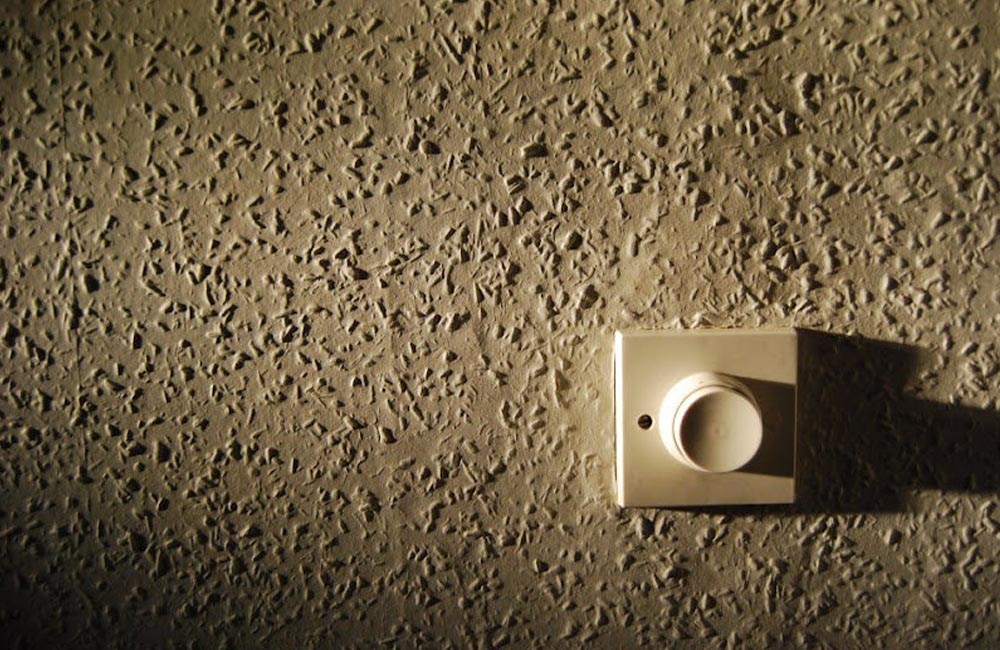 It’s rare to see it these days, but if you still have woodchip in your home that you haven’t gotten rid of yet, it’s time to take the plunge. It’s difficult to remove but it’s also incredibly out of fashion. Better to remove it yourself than have a buyer turn their nose up and walk away.

Flooring is one of the biggest things that buyers notice when viewing a home. After all, there’s so much of it that it’s difficult to ignore. It’s also costly to replace, so it can be the difference between making an offer or walking away. 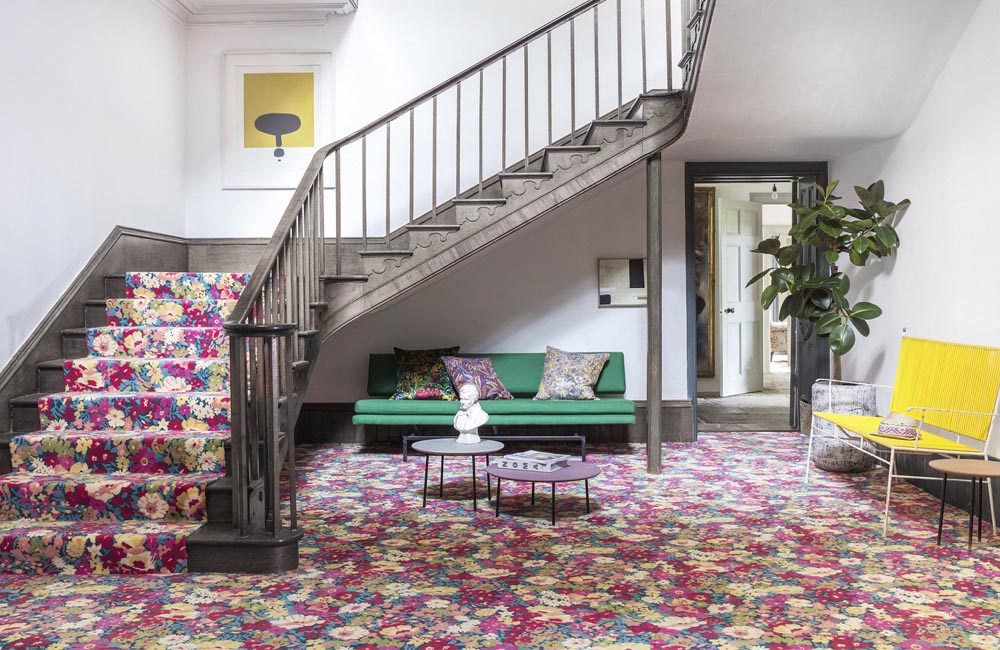 Patterned carpet has been around for decades, with the most garish examples springing up in the ‘60s and ‘70s. Some outlets state that it’s making a comeback, but when it comes to flooring, simple, chic, neutral, and classic are rules to live by. Lay down brightly colored florals and you’ll regret it in five years.

Year of Popularity: Ongoing
Est. Cost: $2,000+ depending on the walls*

Our needs often change after buying a house. If someone moves out or you need a little extra space, the idea of turning two small rooms into one often pops up. Depending on what your walls are made of, it can be a simple task. However, it can turn your three-bedroom family home into a two-bedroom. 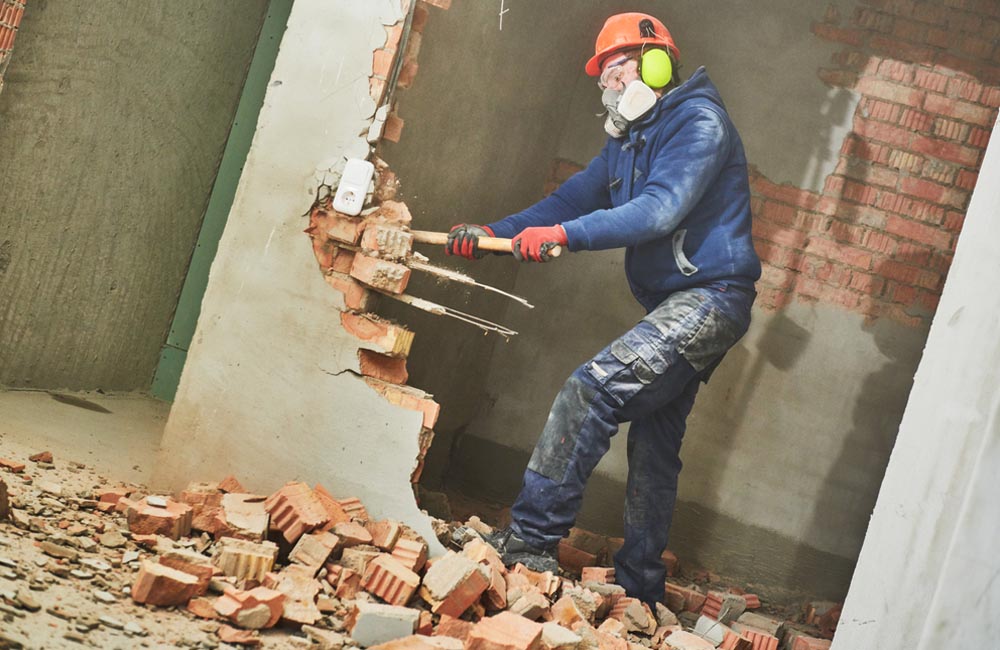 How many rooms there are is high up there on a buyer’s list of priorities so it can see the value of your home fluctuate. Many people would likely pass over a viewing if they’re looking for a third bedroom, even if it’s the same square footage.

Having a home office space can be a huge bonus for some people, while others see it as nothing but a waste of time. In 2021 homeowners were spending more money converting spaces into home offices than ever before – but was it a good long term investment? 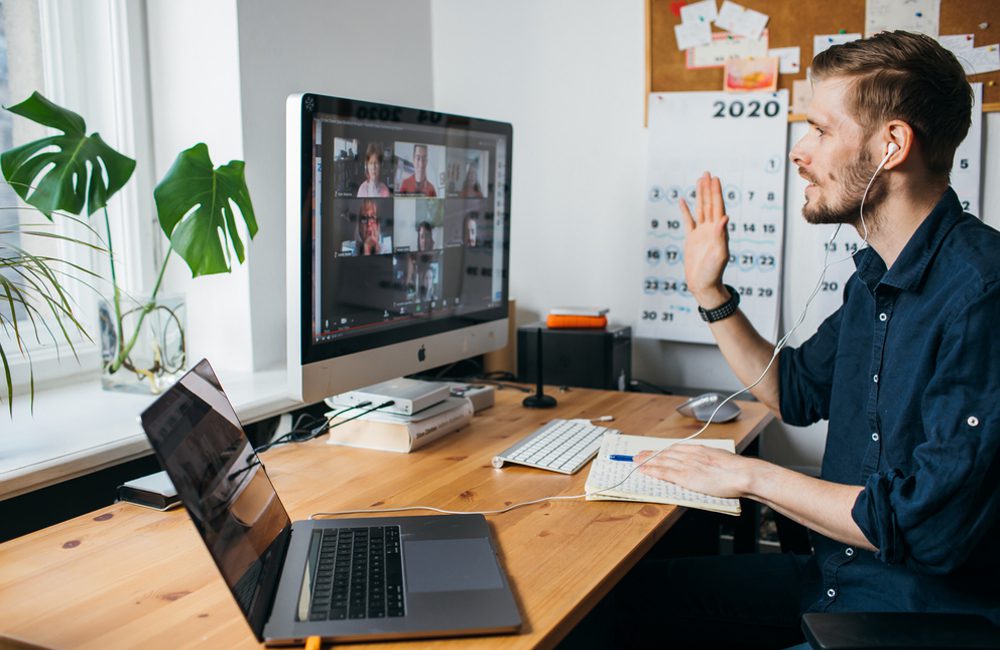 The answer could be no. Getting extra power points and changing the layout of a room, garage, or loft could make life easier for you right now, but future potential buyers might be put off by the idea of having to undo the changes you’ve made to suit their needs.

Injecting color into your home is the most common way of adding a personal touch. While you should always be happy with your own choice in decor, if you know it’s not your forever home you might want to think twice about going for bright blue and fuschia. 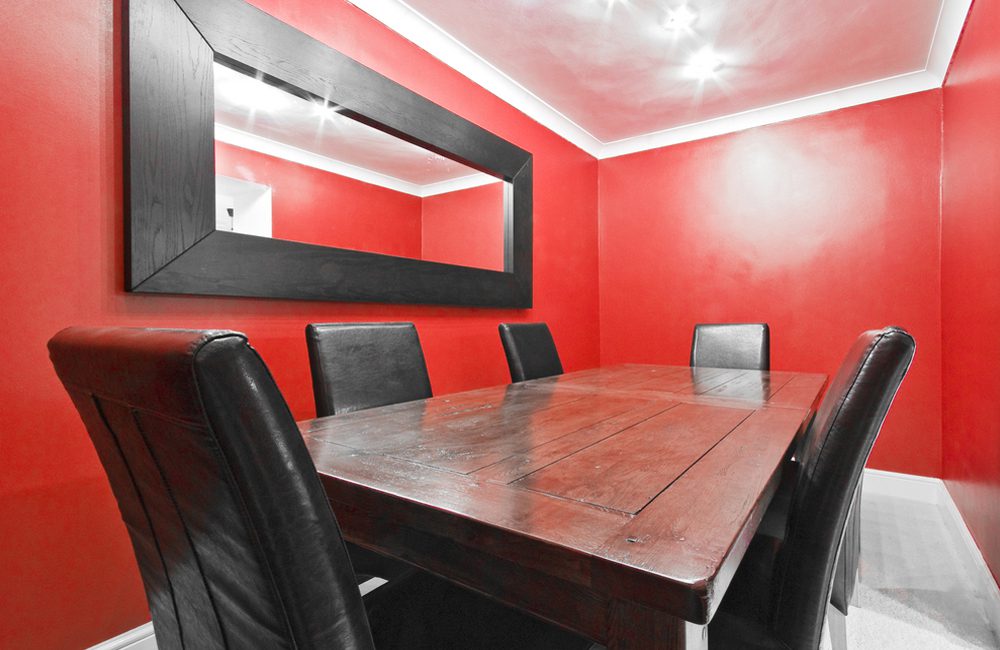 Bright paint could be the key to your happiness, but you might feel differently when it comes time to move. One of the first things realtors tell you is to go for a neutral scheme. That way, potential buyers won’t be put off by garish decor that isn’t to their liking. Repainting might not seem like a big deal at first, but when you factor in the cost and the time it’ll take, is that feature wall really worth it?

The Cheapest Vacation Spots In The World
The majority of us lead a life that is an endless cycle of working and sleeping. The rat race can seem like it never ends, but who can afford expensive vacations? Fortunately, there are places all over the world where we can relax and unwind, even on the tightest of budgets.  Whether it’s for a […]
Incredible Money-Saving Hacks Pet Owners Need To Know
Only pet owners truly understand the heart-warming, unconditional love an animal has for its person. Pets bring such happiness and joy to those willing to embrace the quirkiness and insanity that comes hand in hand with having an animal patrolling the hallways of their homes. However, caring for a non-human family member can be pretty […]
Here’s What Employees Make Compared to Their CEOs
Being the CEO of a successful company is pretty much as far as one can get career-wise so it’s not surprising that the CEOs of some of the world’s most famous companies get huge paychecks. Of course, working for a successful company at a lower level is still something to be proud of—but the paycheck […]
Classic Cars Worth a Fortune Today
There are many reasons why someone might consider their car a classic, but that doesn’t mean it is one. A classic car will have left its mark on the automotive world through its style or parts. It should be (at least) a few decades old, and there shouldn’t be hundreds of thousands of them out […]
Advertisement