Gangsters, outlaws, and the American Mafia have always captivated public interest. Over the years, countless movies and TV shows have depicted the lives of some of the biggest names in organized crime ever to inhabit the seedy underbelly of America’s cities.

These figures weren’t just rich in reputation. In their prime, they were making millions of dollars from their exploits. Movies like Martin Scorsese’s Netflix creation The Irishman might tell you their stories, but have you ever wondered just how much these public enemies were really worth?

When it comes to gangsters, Benjamin “Bugsy” Siegel is one of the originals. He first burst onto the scene in the 1920s as one of the founding mobsters of Murder, Inc. Like many other criminals at the time, Bugsy made a lot of money by peddling alcohol during the prohibition. 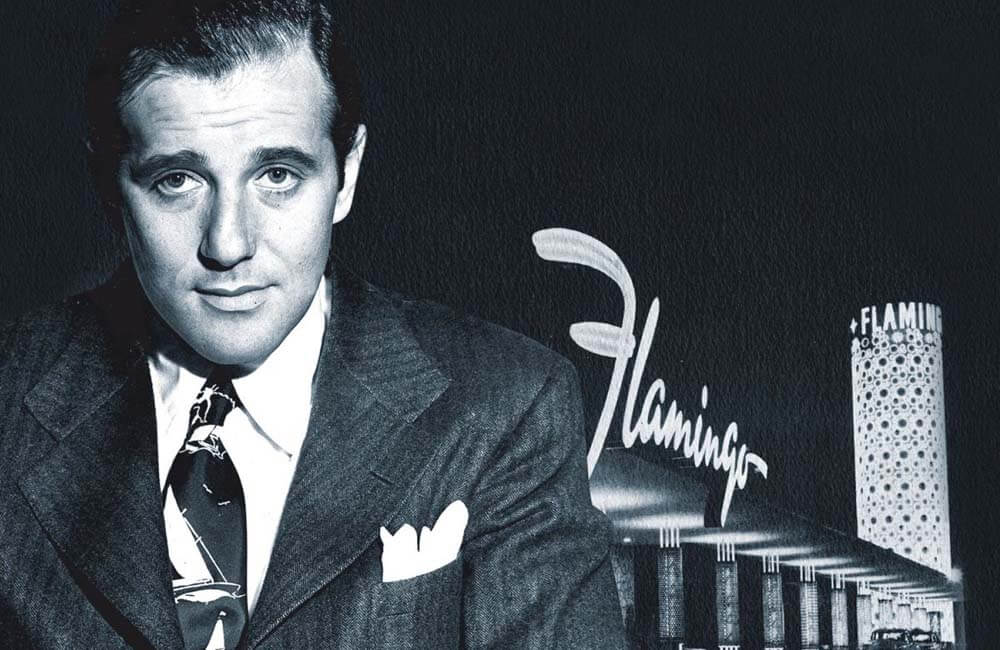 However, Bugsy is perhaps best remembered for his part in developing Las Vegas, alongside his friend Meyer Lansky. Bugsy had a lot of blood on his hands by the time he was shot outside his girlfriend’s house in 1947. Warren Beatty later played him in a Sony biopic.

Albert Anastasia has such an impressive rap sheet that it’s difficult to know where to begin. By the time he was 20, he had been sentenced to death after murdering a longshoreman in an argument. Luckily for him, a retrial found him innocent. 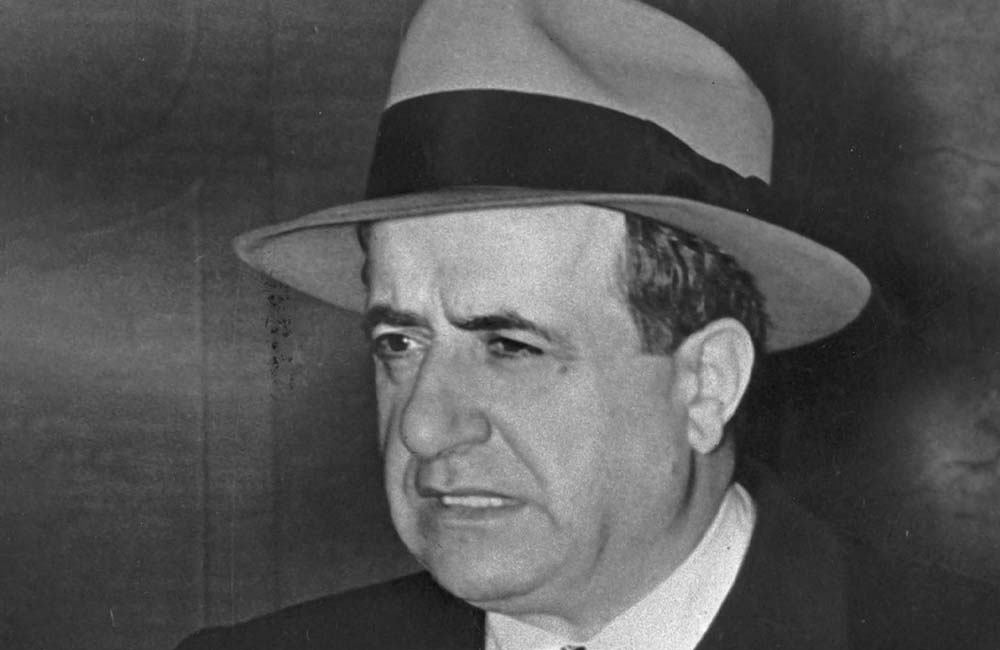 It didn’t take Anastasia long to fall in with the mob, becoming close with other figures like Charles Luciano and Vito Genovese. As a co-founder of Murder Inc, Albert got a large share of the financial pie, as well as the nicknames “Mad Hatter” and “Lord High Executioner” for his deplorable exploits.

Johnny Torrio was not simply hired muscle or a man with enough brawn to get the job done. He earned the nickname “The Fox” for a reason. Torrio was a major player in the Chicago Outfit, helping raise it from the ground up. As a result, he made a lot of money. 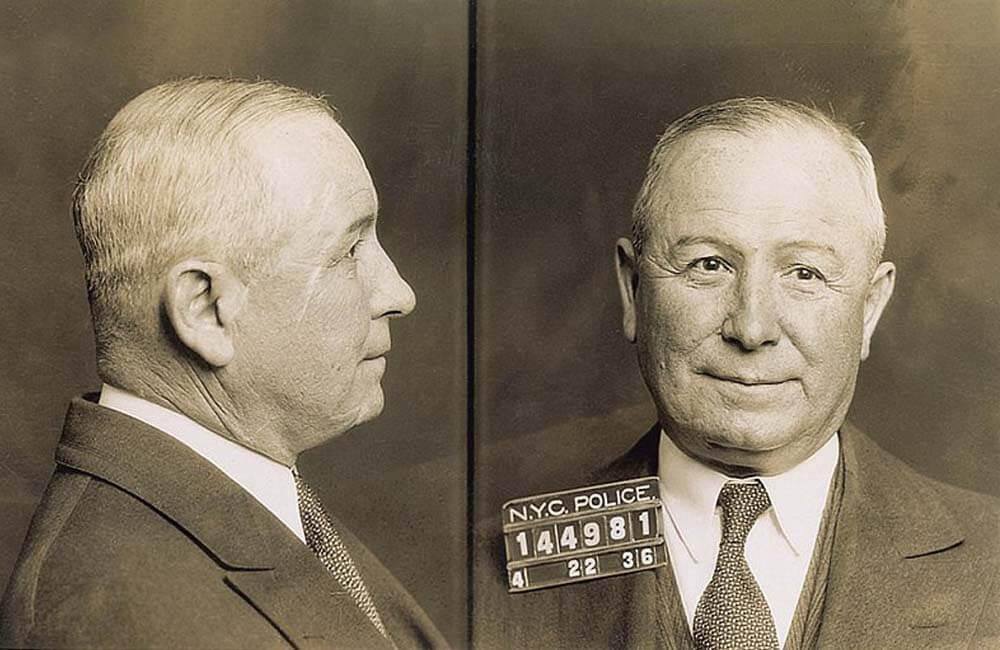 Life wasn’t easy for the Italian-born mobster, though. He was most active in the ‘20s, but after he was targeted and shot several times on a shopping trip, he handed over power to Al Capone and went back to Italy. He later returned to the states, served two years in prison, and lived under the radar until his death in 1957.

Angelo Bruno was an interesting man. While it’s true that he was a criminal of the highest order, Bruno was also well-known for preferring to sit down and talk out differences instead of resorting to violence, unlike some other mobsters. 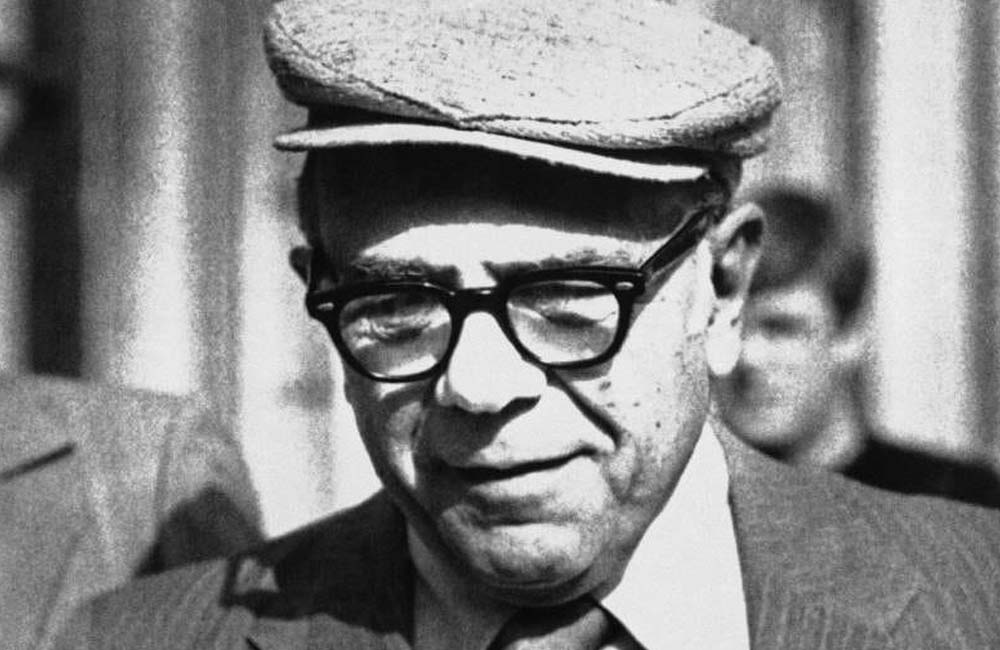 By 1959, Bruno had enough of a reputation to take over as the boss of the Philadelphia family. He kept things running for the next 20 years, famously avoiding some of the darker money-making operations in favor of loan sharking. Bruno was ultimately shot in front of his home in 1980, sparking a full-scale mob war. Harvey Keitel played Bruno in the Netflix movie The Irishman.

Mickey Cohen was one of the most intriguing figures on the mob scene for numerous reasons. Prior to his involvement with the seedy underbelly of Chicago, Cohen was a professional boxer. When his career ended, he eventually turned to criminal activity, falling in with Al Capone. 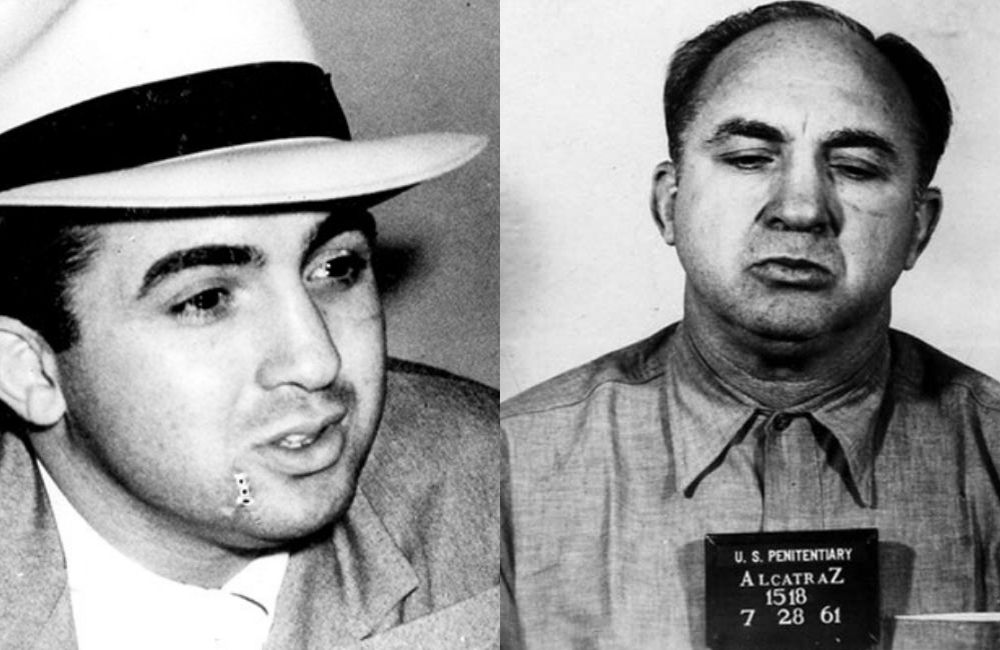 He eventually wound up working with Bugsy Siegel, running the gambling operation inside the Flamingo Hotel in Las Vegas. Cohen was well-known for being somewhat of a loose cannon. He eventually wound up in prison in the ‘50s, but on his release, he became an A-list celebrity. He was imprisoned for tax evasion in the ‘60s before passing in 1976 from cancer.

John Gotti is one of the most famous mobsters to have ever lived. Due to his poor upbringing in New York, Gotti became involved in crime at the tender age of 12. It wasn’t long before he eventually fell in with the big boys, working for Gambino capo Carmine Fatico as an errand boy by the time he was a teenager. 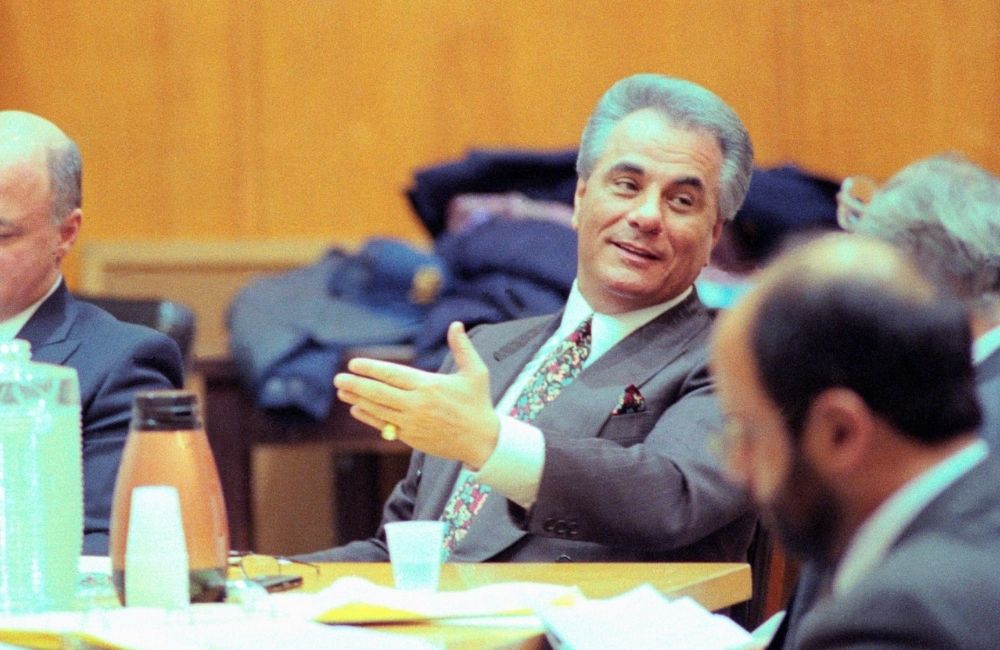 It didn’t take long for Gotti to climb up through the ranks, but he often caught the attention of the authorities, too. He was busted in 1968 when stealing United Airlines property, but it didn’t slow him down. Gotti soon garnered the nickname “The Teflon Don” as nothing would stick to him, although he did end up in jail for good in the ‘90s.

Like many mobsters of his time, Vito Genovese used Prohibition to his advantage and soon became a well-known enforcer. Vito’s connections were vast. He grew up alongside Lucky Luciano, going on to dive into some very lucrative (and highly illegal) dealings. 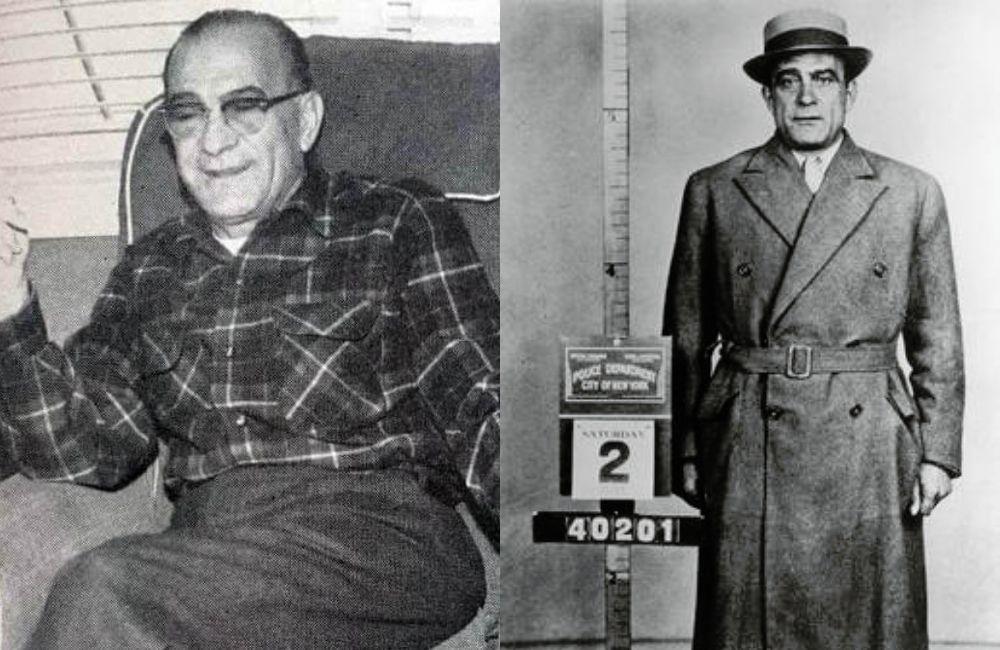 Genovese’s activities over the next few decades were so vast that it’s true to say he helped shape the face of American organized crime. Fellow mobster Joseph Valachi later said this of Vito’s character, “If you went to Vito and told him about some guy who was doing wrong, he would have this guy killed, and then he would have you killed for telling on the guy.”

Dean O’Banion didn’t have the fortune of living a long and happy life. Some mobsters seem to have nine lives, but O’Banion only had one. He started out his criminal career by bootlegging in the ‘20s, but he is best remembered for being an enemy of Al Capone. 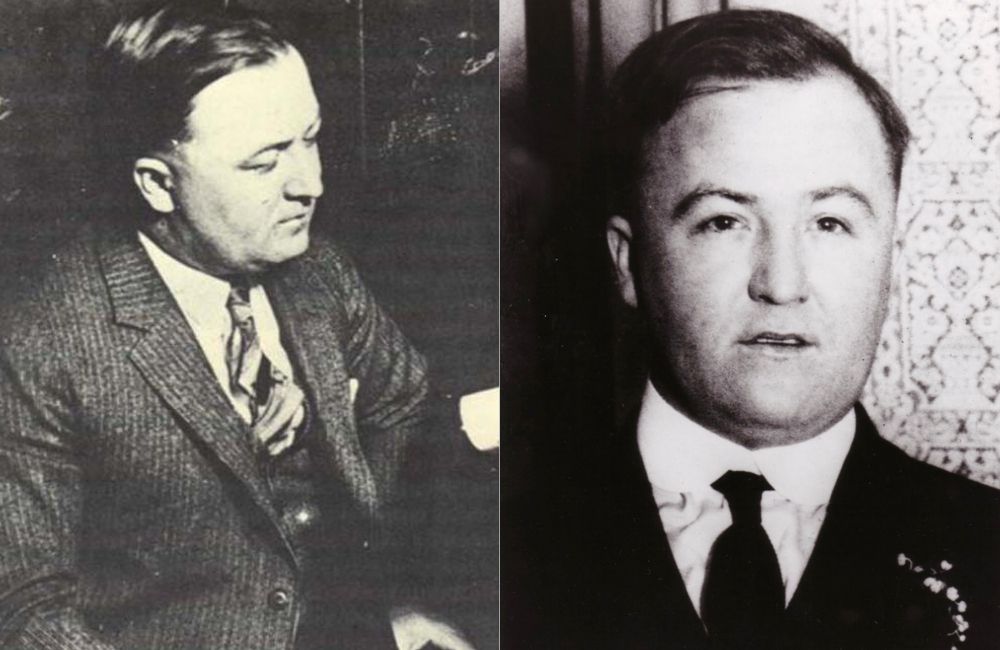 Despite making $1 million a year from his booze business, O’Banion became irritated by the territory deal he had made with the Chicago Outfit and began to move against them. Ultimately, it wouldn’t work out in his favor and he was shot while clipping flowers in the back room of a florist.

Meyer Lansky is a name that most people know, even if they don’t know his personal story. Lansky lived to the grand old age of 80, and despite being active in the crime world for nearly half a century, he never ended up in prison. 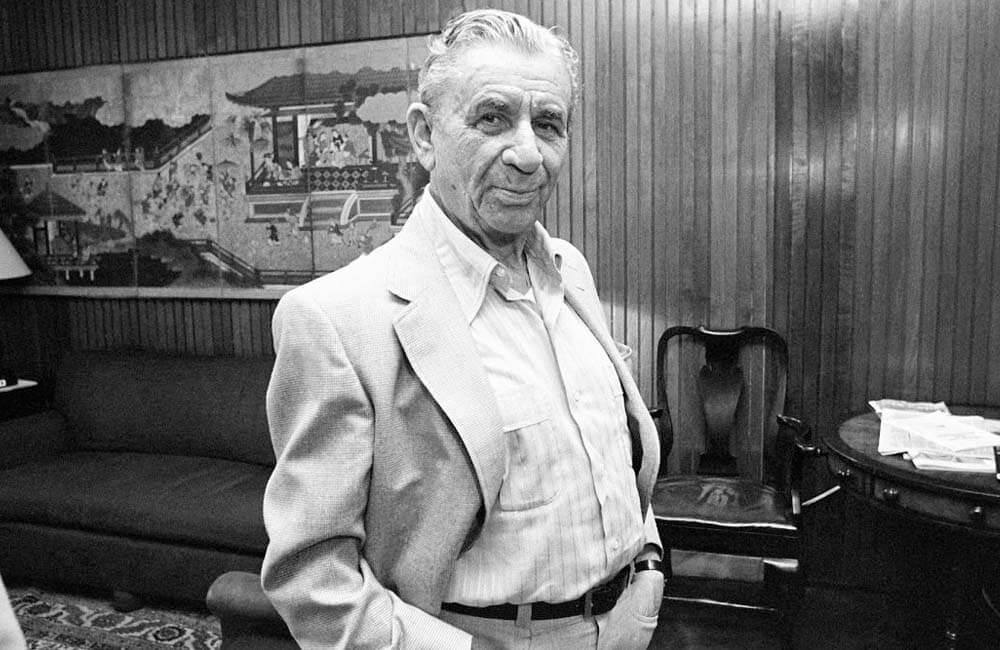 Lansky knew Bugsy Siegel very well, but his major business was in the development of Las Vegas. In his prime, Lansky was one of the richest mobsters out there, but by the time he passed away in 1983, his fortune had whittled down to just $57,000. The character of Hyman Roth in CBS’ The Godfather II was inspired by Lansky.

John Dillinger’s dirty dealings didn’t see him live well into old age, but during his brief life, he did make a lot of money. Dillinger began staging robberies in the ‘20s, but his harsh personality had already come to light by then. 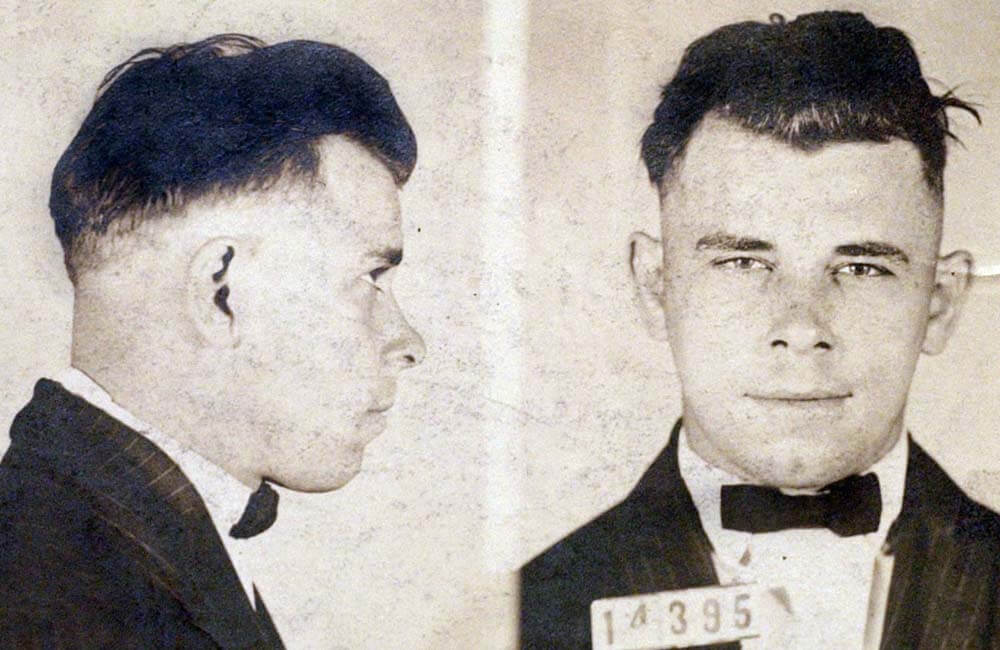 In the ‘30s alone he and his gang of misfits robbed 12 banks, but you can’t get away with something like this forever. Dillinger even underwent plastic surgery to make himself unrecognizable to the police. As a criminal, Dillinger wanted to live fast and become incredibly rich. Sadly for him, the law cut his life short at the Biograph Theater in Chicago.

Baby Face Nelson was a notorious gangster who was passionately hated by the law. In fact, he killed more agents in his time than any other mobster, which certainly didn’t help his reputation. Nelson was in cohorts with John Dillinger and so he wasn’t opposed to the occasional bank robbery. 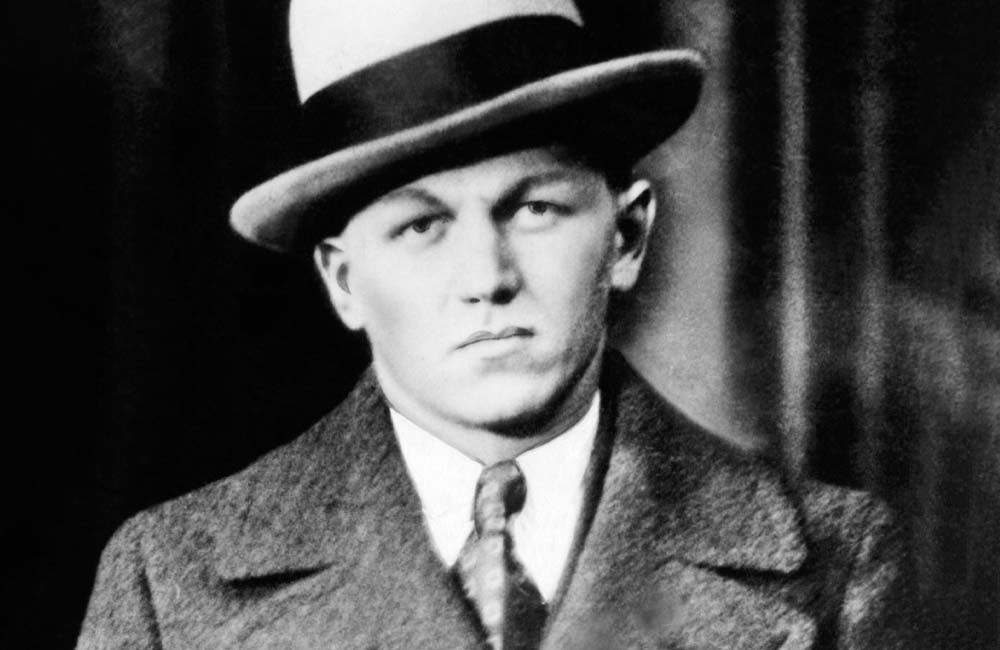 He made a pretty penny in his time, but his relationship with Dillinger made him very wanted. In 1934 agents caught up with him and a car chase ensued. Although Nelson gave the police a run for their money and managed to escape, he later died of his injuries.

Al Capone is arguably one of the most famous gangsters to have ever lived, although his reign of terror over Chicago was actually quite brief. Rising up during Prohibition, Capone quickly made it known he was not to be messed with. 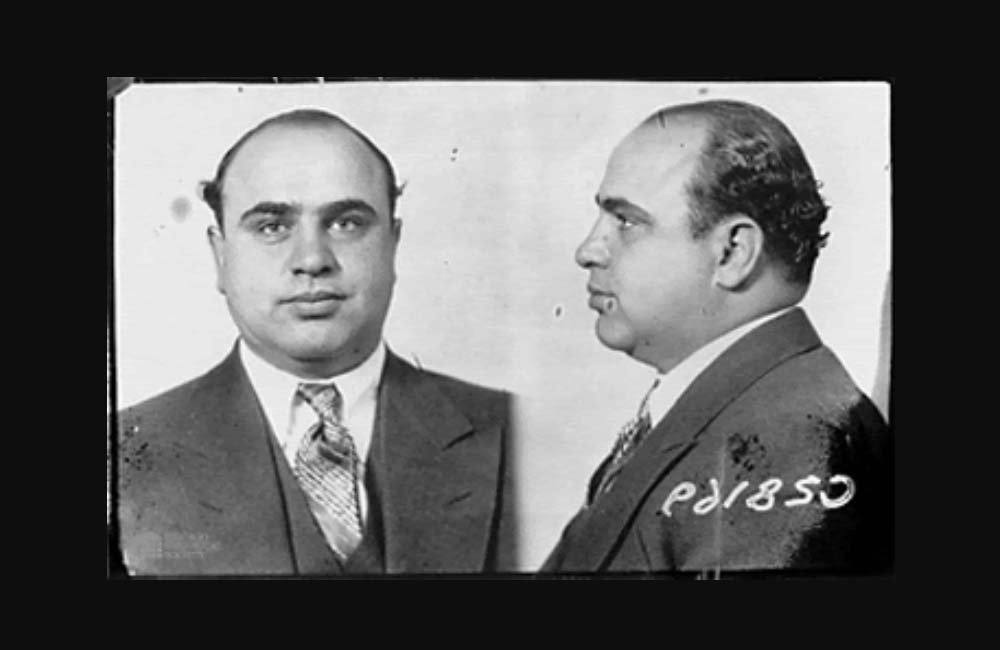 The legendary Valentine’s Day Massacre is largely pegged as being the work of Capone, although he never admitted it. He managed to rack up quite the bank balance before he was imprisoned in the ‘30s for tax evasion. Capone passed away in 1947 after suffering from complications related to syphilis.

Bugs Moran may have wished he chose a different path, but unfortunately, his legacy is cemented in history. The Minnesota-born gangster was well on his way to becoming a gangster in his teens. By the time Prohibition hit, he took his place as part of Dean O’Banion’s men. 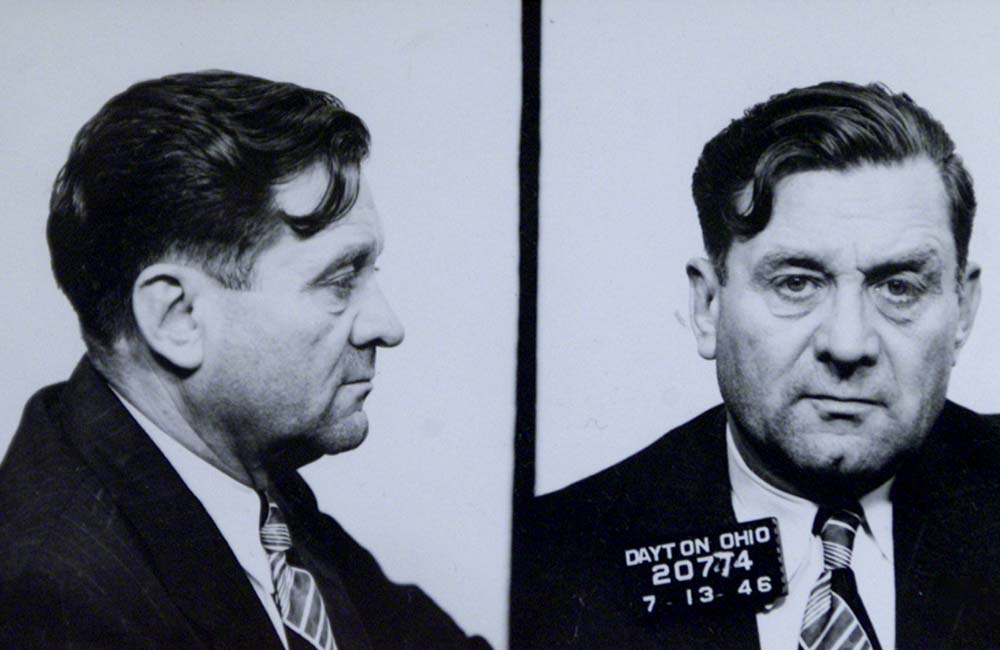 Along with O’Banion, Moran enjoyed making some serious cash from bootlegging, but it wasn’t an easy life. They battled tirelessly against Al Capone, but while Moran would end up leaving the gang in the ‘30s he was still a criminal through and through. He was thrown in prison for fraud in 1939 and died of lung cancer while incarcerated in 1957.

Bootlegging was a big business in the ‘20s, and George Kelly wanted a slice of the pie. He initially started working for himself before spending years trying to evade the long arm of the law. After marrying experienced perp Kathryn Thorne, Kelly’s dirty dealings just escalated. 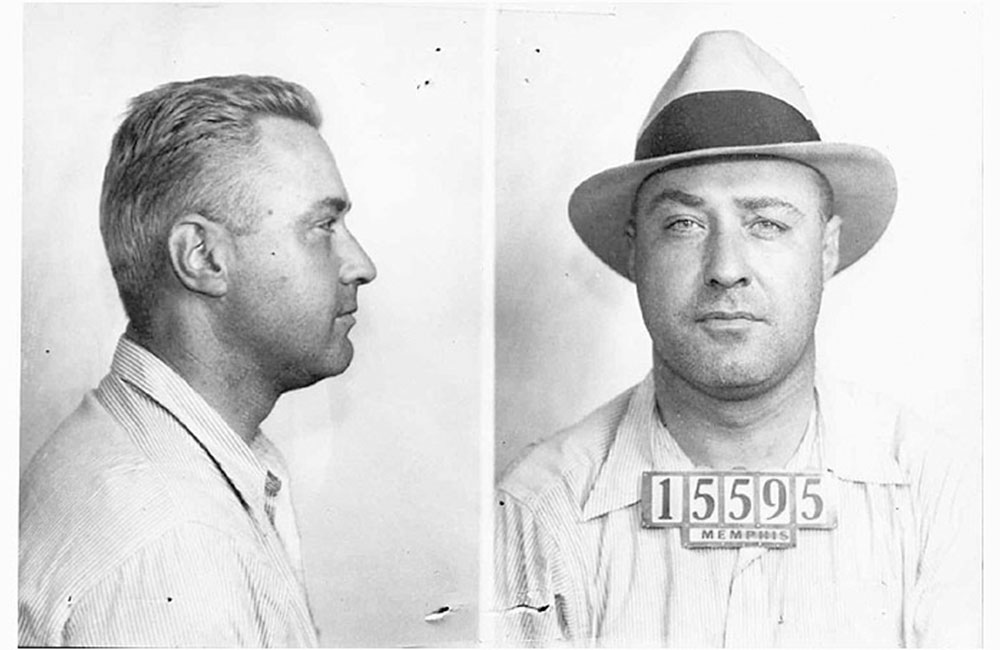 His most famous crime was the kidnapping of Charles F. Urschel. Kelly and his associates demanded a large ransom for his safe return, getting the equivalent of $4 million in today’s money to hand them over. Of course, Kelly didn’t get away with it and was sentenced to life imprisonment, alongside his wife. He died 21 years later behind bars.