Founded in 1911, Chevrolet is the popular subdivision of General Motors, one the “Big Three” automakers that define the industry. While GM has had its share of ups and downs over the years, Chevy has remained one of the most profitable (and beloved) cars on the road. GM is currently worth over $140 billion following an especially profitable “comeback” year in 2018.

Chevy cars, trucks and SUVs are almost exclusiv American-made, something Chevrolet has made a source of pride in its advertising. Though the carmaker has released hundreds of makes and models over the years, these are Chevy’s most profitable cars in auto history.

The Chevy SS is actually an option package, with an “SS” edition – Super Sport – offered by Chevy for a few of its vehicles. You can tell if a Chevy is an SS because it will have the noted “SS” markings on the exterior. The SS package has been around since 1961, when it was available for the Impala. 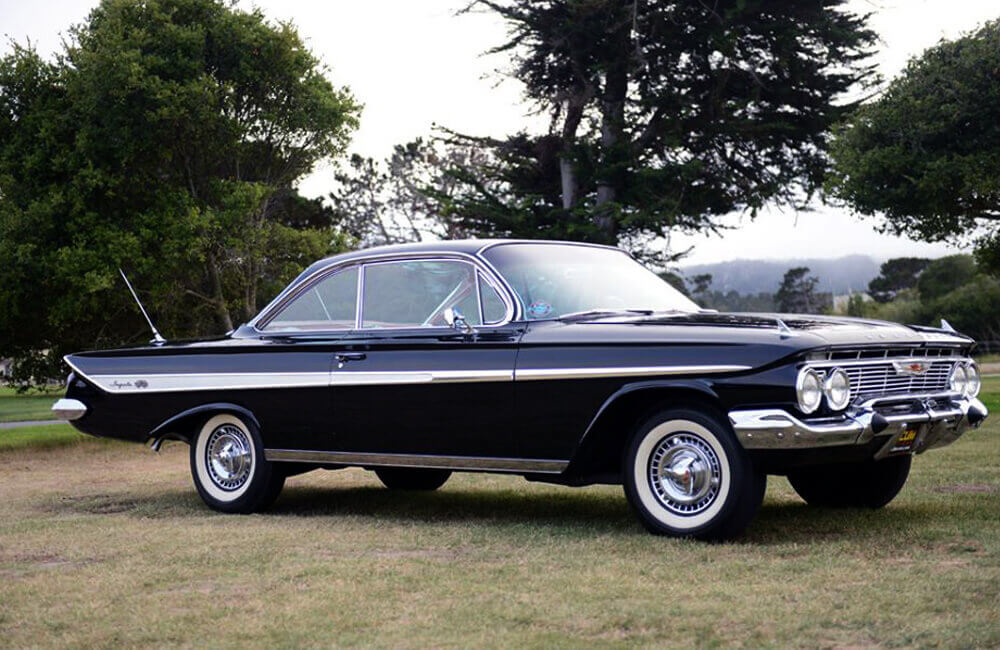 The Camaro, El Camino, Chevelle, Monte Carlo, and Nova have all had SS packages. The SS comes with high-performance tires from Goodyear, which are designed to stand up to the increased power. The SS also comes with heavy-duty suspension.

Chevy produced the Bel Air, a full-size car, from 1950 until 1981. It would later be phased out in favor of the Impala, which entered production in 1975. Memorably, the Bel Air was one of only two two-door hardtops that Chevy made at the time. The model range was distinguished by its premium level of trim, which would later be applied across all of its body styles. 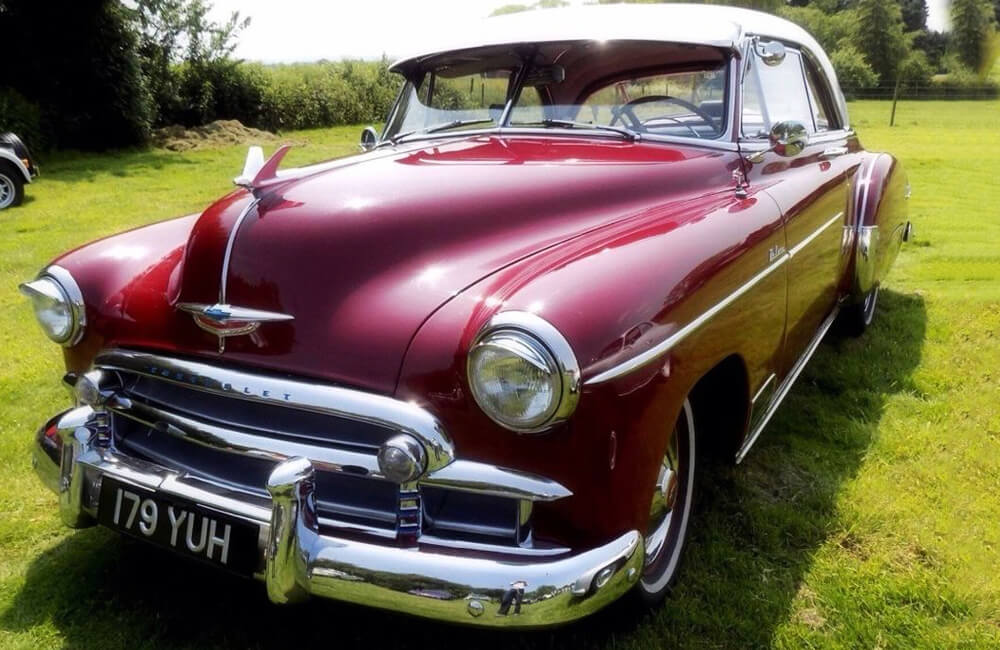 The Bel Air initially had a 0 to 60 time of 19.6 seconds, according to Popular Mechanics. You might also recognize the Bel Air from the hit Universal movie American Graffiti (1973). The Bel Air had eight generations, as well as a concept car reboot that hit the market in 2002.

The Chevy Tahoe is a full-size SUV that famously competed against the GMC Yukon. Though the Tahoe was designed to compete with the Ford Expedition, it also ended up taking on the Dodge Durango, the Armada and the Toyota Sequoia. The Tahoe is consistently the best-selling vehicle in its class, often outselling competitors 2:1. 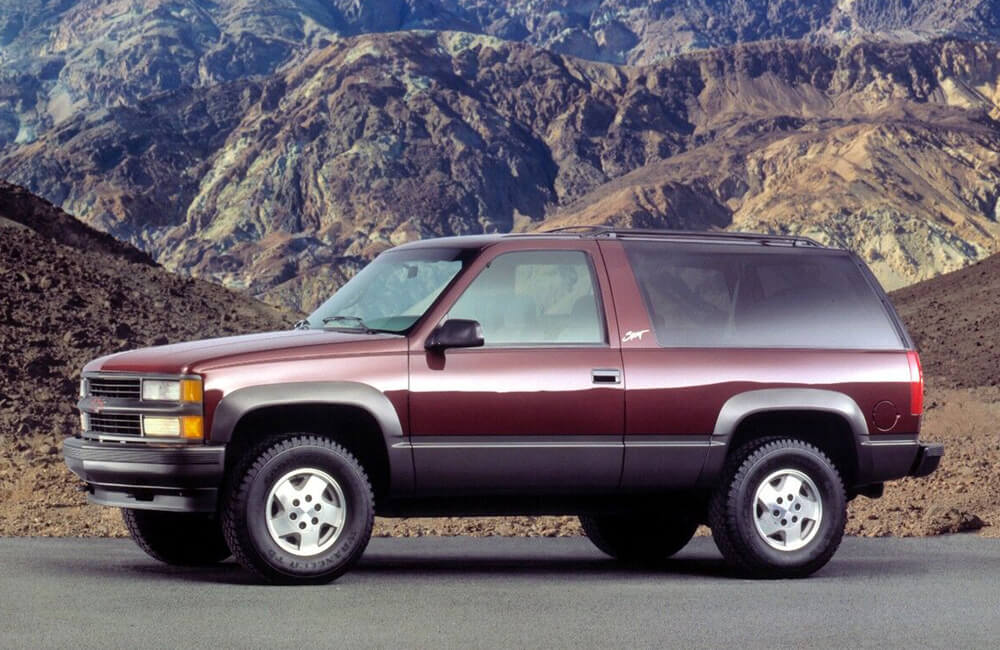 The Tahoe had its first generation from 1992 until 2000. In addition to the regular models, the Tahoe Limited and Z71 were also available for a higher price. The Tahoe finished out its fourth generation in 2020, with a safety recall in 2014. Next in 2021, the SUV will be entering its fifth generation.

The Chevy Cruze is one of GM’s most profitable compact cars, and has been a dominating force in the auto market from 2008 until the present. The Cruze was part of a joint venture between Chevy and the Japanese company , and it has been globally designed and developed under various names in dozens of countries. 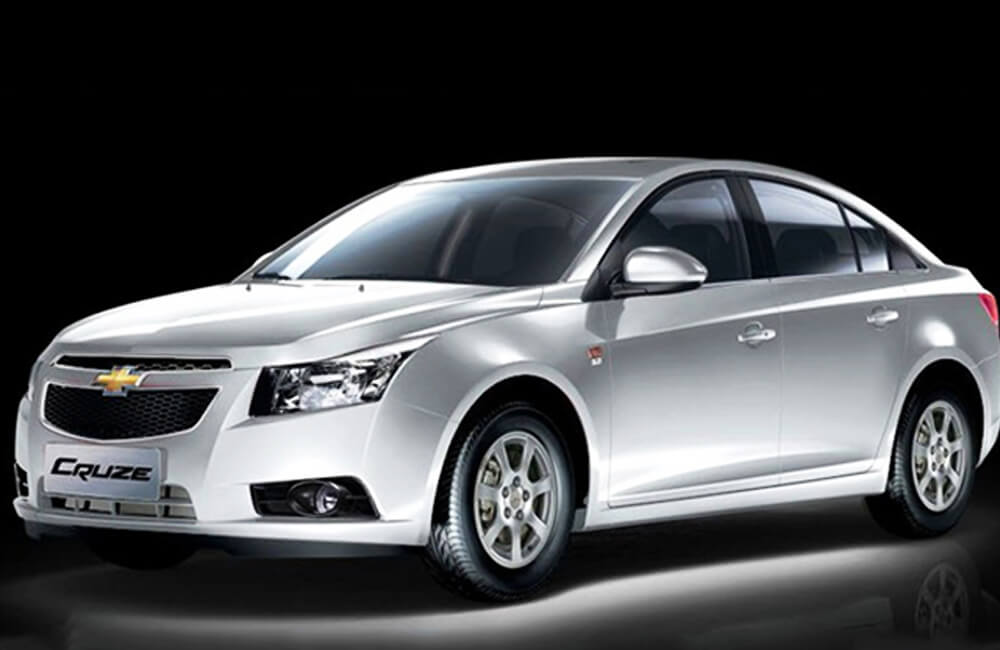 The Cruze’s production in America ceased in 2019, but it is still going strong in South Korea, India, and China. The Cruze has also been a viable contender in the World Touring Car Championship. In 2009, it won six races, thanks to its powerful engine and talented drivers like Yvan Muller, Alain Menu, and Rob Huff.

The legendary Chevelle was one of the most successful nameplates to ever hit the car market. This mid-sized automobile was sold for only three generations, beginning in 1964 and ending in 1977. The Chevelle was part of the A-body platform from GM, and the Chevelle in particular was designed to compete with the Ford Fairlane. 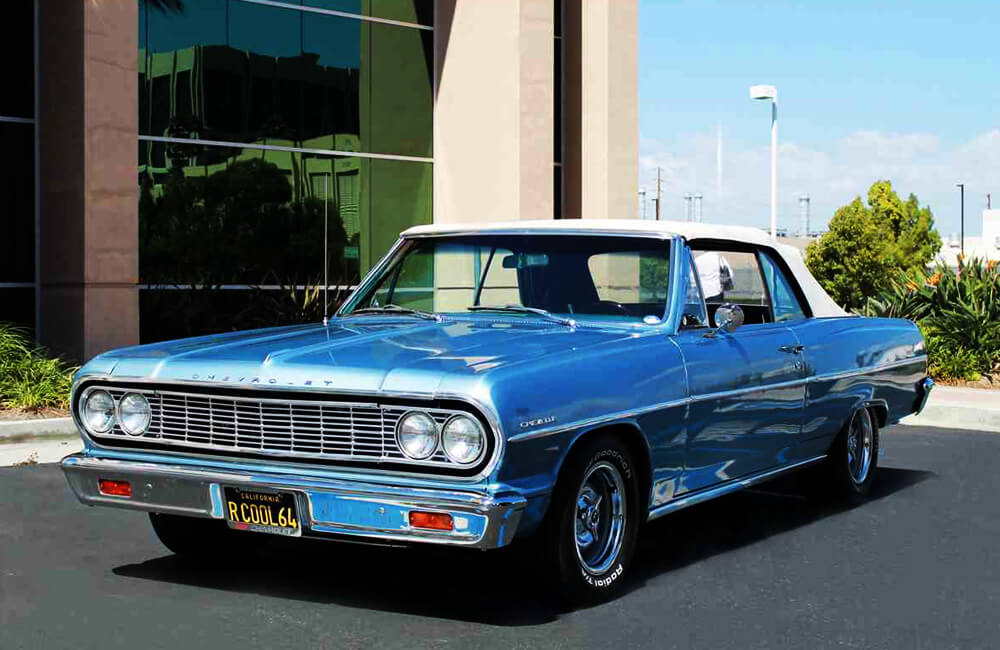 The first Chevelles were assembled in Texas and Georgia. Famously, the final Chevelles used a heavy duty body style for NASCAR competitors from 1973 until 1977. Racer Carl Yarborough won thirty-four races in a Chevelle Laguna up until 1977, when the Laguna was rendered ineligible for the season.

Though the Chevy Blazer is one of the newer models on this list, it has actually become one of Chevy’s fastest-selling models. The Blazer itself is not the same as the Trailblazer – and though it’s new, it actually dates back to the late 1960s, when it was initially planned as a two-door large SUV. Now, the Blazer is a five-seat mid-size crossover. 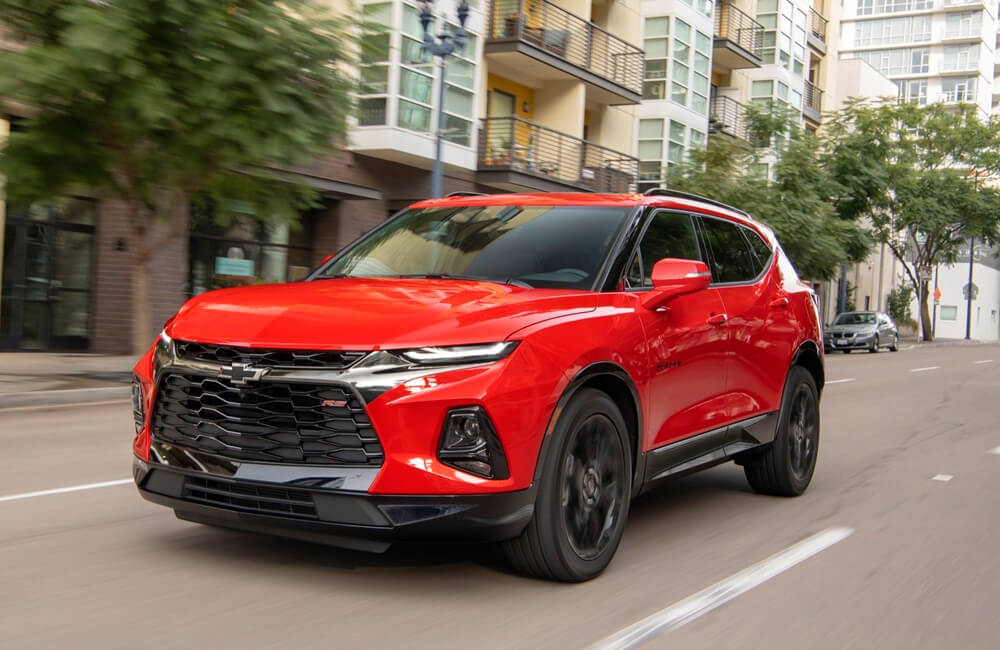 The Chevy Cavalier was produced from 1982 until 2004, though it is still one of the brand’s most iconic cars even all these years later. In fact, it even saw a 2006 revival – though only for the Chinsese market. The Cavalier was a re-badged version of the J-cars from GM, and it was built in the same factories as the Cimarron, Skyhawk, Firenza, and Sunbird. The Cavalier’s highest sales were recorded in 1984. 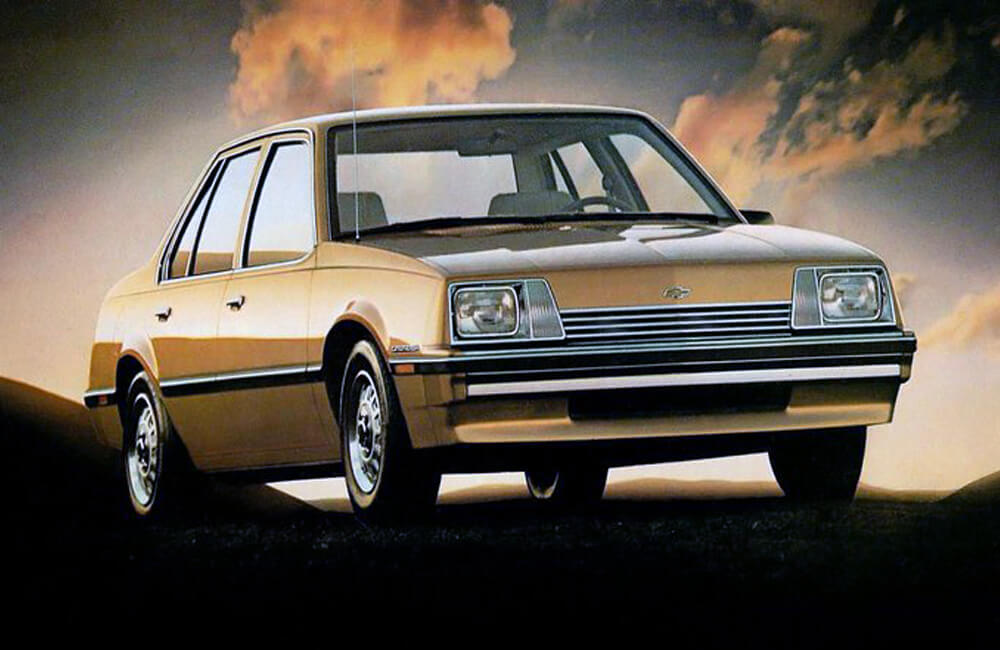 Designed to compete with the Honda Civic and the Dodge Omni, the Cavalier quickly made a place for itself in the market. Its four-door sedan and four-door station wagon models were easily its most popular, followed by its two-door coupe.

Another best-seller is the Chevy Equinox, a profitable line of SUVs. At first, the Equinox was designed as a mid-size SUV, but it has since transitioned into a compact crossover. The Equinox was first introduced into the market in 2005. When the Equinox came out, it was very similar to the XL7. 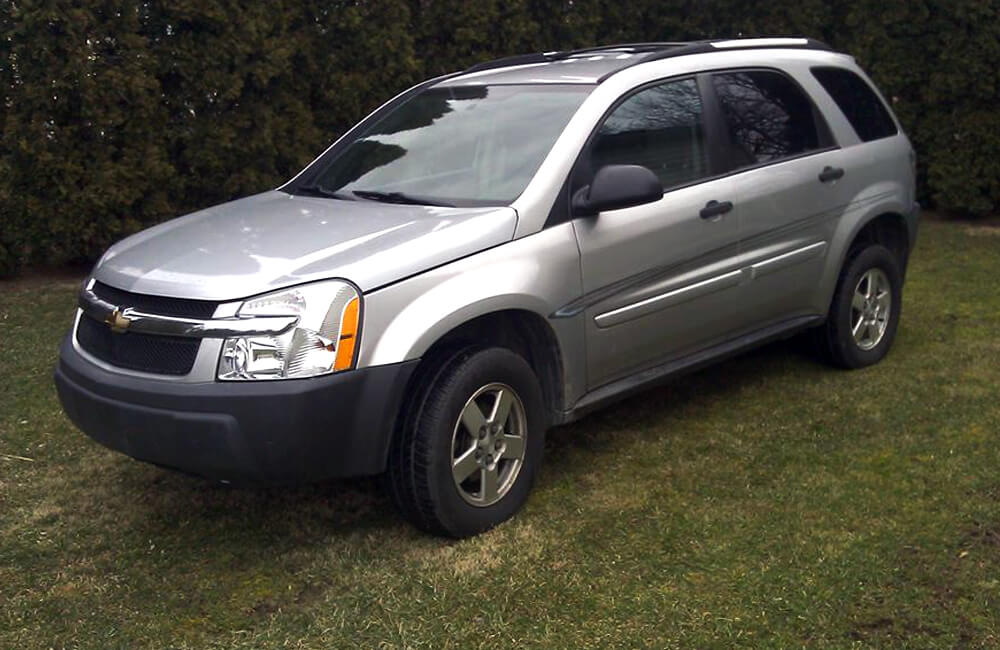 But the Equinox, along with the Torrent, didn’t truly make waves until 2008 when it was one of the first Chevys to come equipped with OnStar already installed in the vehicle. The StabiliTrak System, which detected trailer sway, was another ground-breaking safety innovation from the mid-2000s.

GM started making its best-selling Silverado in 1999, originally intended as a successor to the C/K pickup. The vehicle got its name from the top-trim series of the C/K. The Silverado had its fourth generation in 2019, coming in both a two-door and a four-door crew cab model. 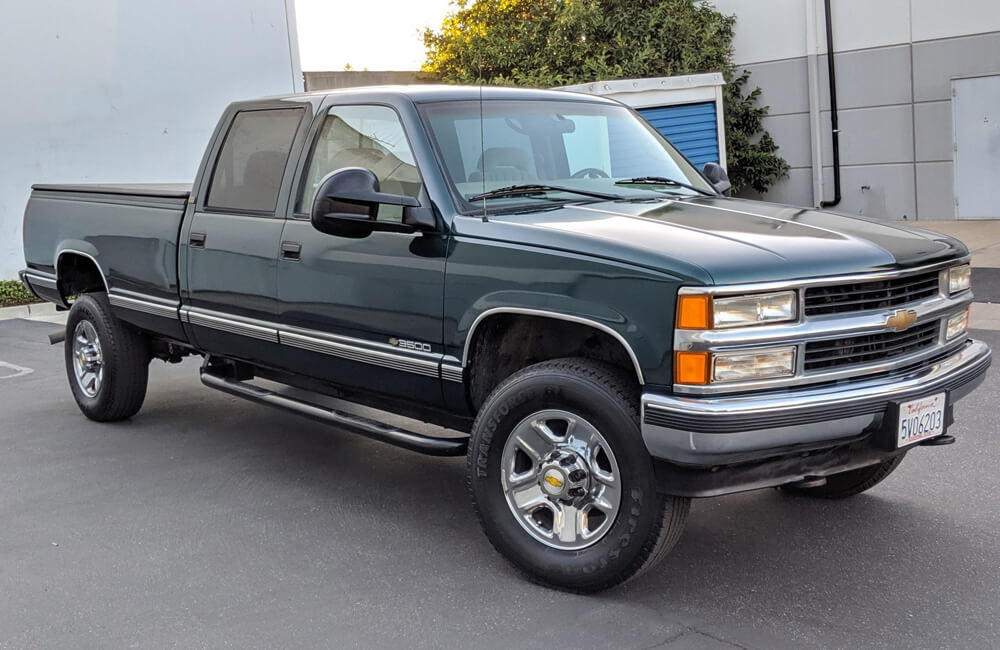 The Silverado is pretty high-tech for a pickup, and it is integrated with Android Auto and Apple CarPlay. The infotainment system is also compatible with the Waze app from Alphabet Inc. The Silverado got three new models for 2020, including the 2500HD and 3500HD.

The Chevy Corvette Stingray is nothing short of a timelessly classic sports car. It first debuted in 1959 as a concept car, and it was developed in the styling studios of GM by world renowned designer Bill Mitchell. Mitchell adapted the Stingray from a sketch by Pete Brock, and Larry Shinoda helped further develop Brock’s initial sketch. 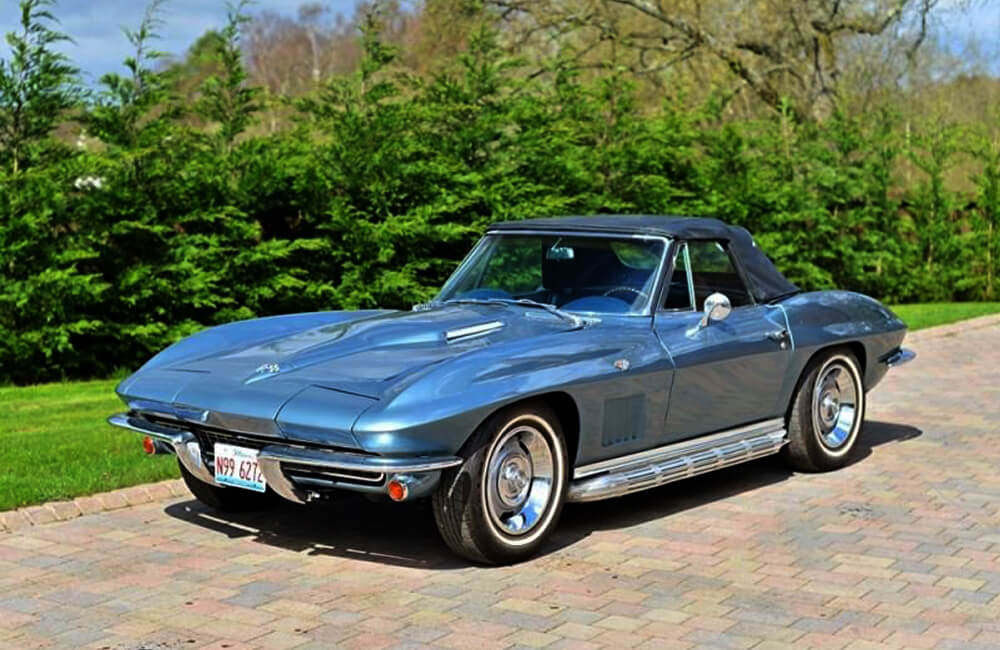 The Stingray was heavily influenced by the Disco Volante. This classic vehicle has a 4.6-liter V8 engine under the hood. It boasts impressive specs, including a 3-second 0 to 60 time and a top speed of 184 miles per hour (for the all-new 2020 version).

The Chevy II, also known as the Chevy Nova, was a small car made by Chevy for five generations from 1962 until 1988. The Chevy II nameplate was dropped in the late 1960s in favor of the Nova. Later, the Nova would get dropped in favor of the Citation in 1979 (though Toyota would revive it in 1985 as the Sprinter). 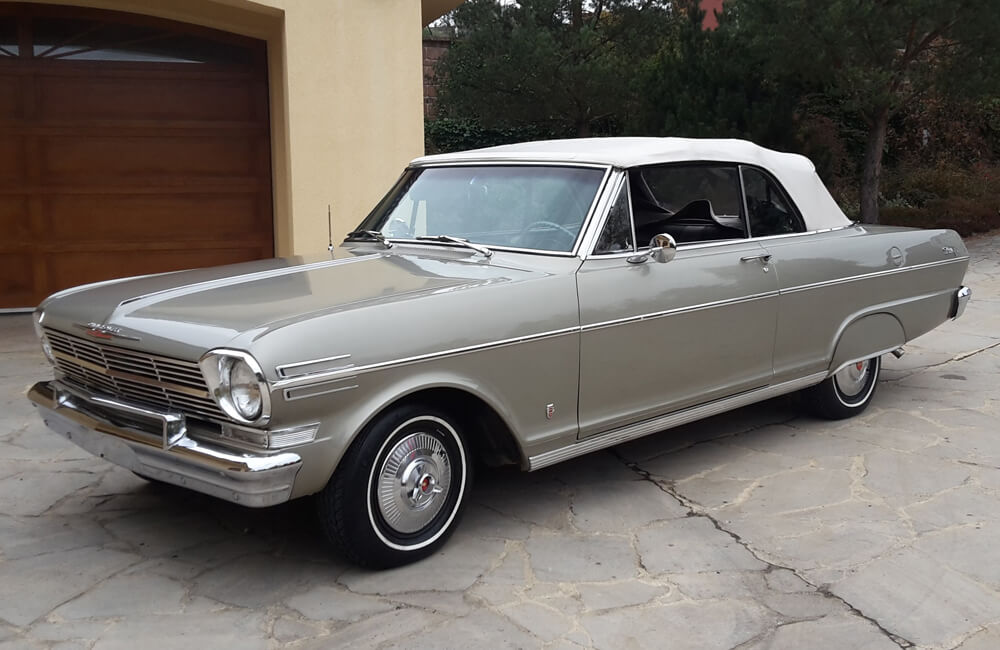 The Chevy II was designed by Clare MacKichan, who said that the car had to be “basic.” According to MacKichan, Chevy gave designers no room for “doodling around” or “experimentation.” The Chevy II had to be released fast to compete with the Ford Falcon.

As of 2020, more than five million Chevy Camaros have been sold, making this one of the company’s most valuable products in the history of Chevrolet. When the Camaro first came out, it was initially designated as a pony car (though some variations were classified as a muscle car). The Camaro first hit the market in 1966, immediately boosting GM stocks with the promise of a home run best-seller. 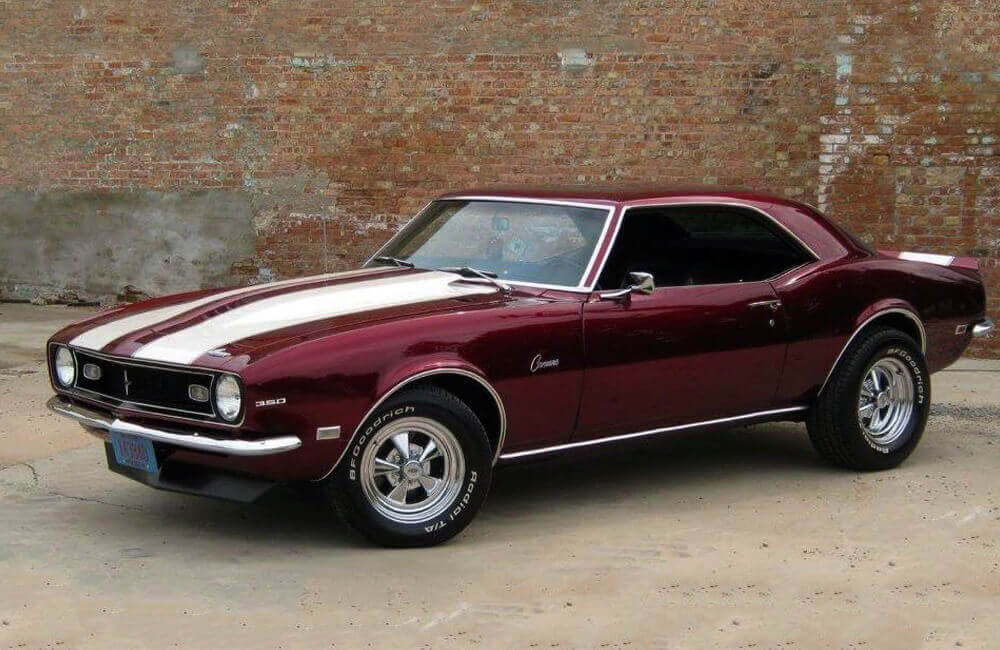 The Camaro was designed to compete directly with the Ford Mustang. By 2002, there were four distinct Camaro iterations, all of which shared a platform with the Firebird. The Camaro’s fifth generation kicked off in 2009 after a seven-year break, bringing this beloved Chevy back to the center of the market. 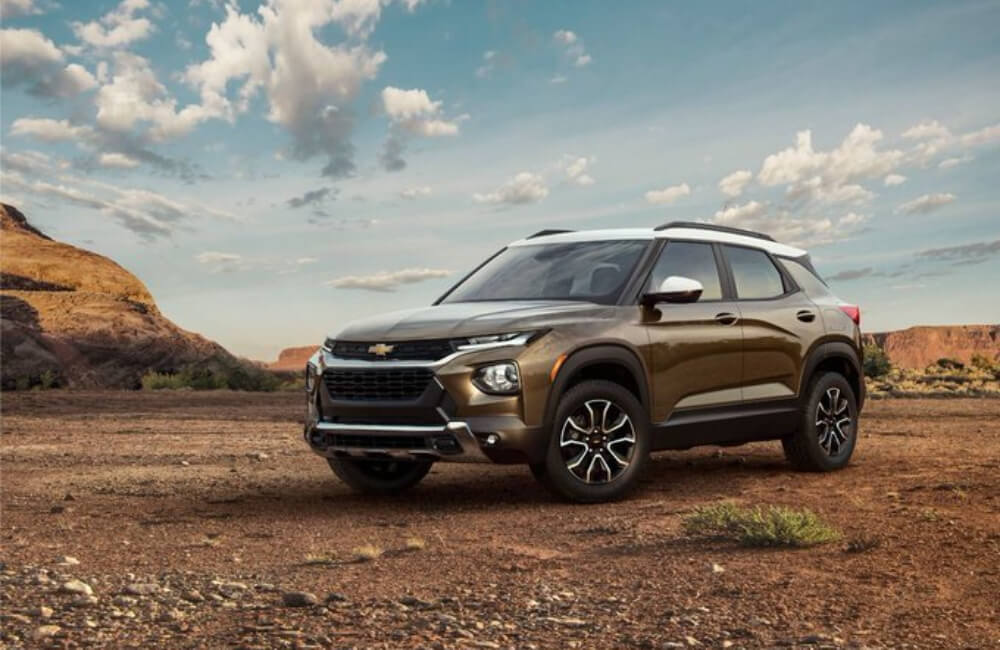 The Trailblazer was manufactured in Moraine, and the last one rolled off the production line in December of 2008. The plant’s closing was the subject of an HBO documentary called The Last Truck: Closing of a GM Plant, which was released in 2009.

We couldn’t have a list of best-sellers without the Chevy Corvette, arguably the most iconic car in Chevrolet’s lineup. The Corvette is a two-passenger, two-door sports car that has been made for eight generations, encompassing more than sixty years of production. The ‘Vette is known for its distinctive plastic bodywork, typically made either of fiberglass or composite materials. 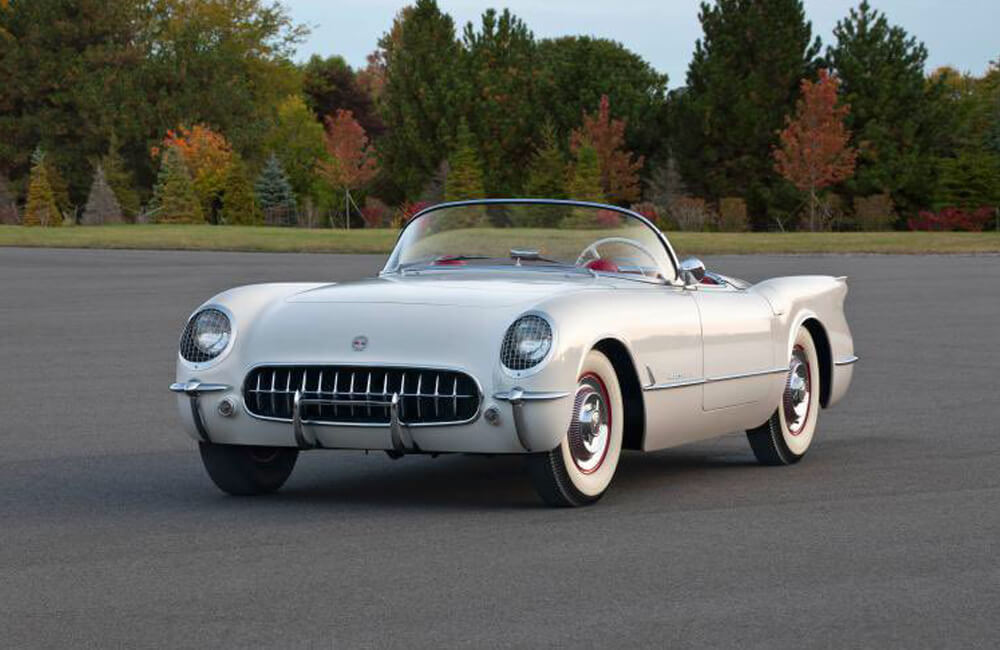 The Corvette is known as “America’s Sports Car.” The tires on this high-powered sports car come straight from , and they are durable enough to support the 2.8-second 0 to 60 time on the sports car. The 2020 ‘Vette can do a quarter-mile in 11.2 seconds.

Advertisement
Future Tech Products That Are About to Change Our World
One thing that is certain about modern technology is that before anyone realizes what’s happened, it has become old and dated, thus allowing what were once pipedreams of future products to transition into being modern technology. From a real-life Jurassic Park experience to a toilet that has the ability to analyze one’s waste in order […]
Biggest Money Scams of All Time
Scamming naive people who are hoping to make a quick profit is a practice that opportunists have been undertaking for thousands of years. As the times have changed, however, the scams and those perpetrating them, have evolved.  From modern-day multi-layered marketing companies to multi-million dollar carpet cleaning companies that don’t even exist, here is a […]
Most Expensive Red Carpet Jewelry of All Time
Red carpet events like the Oscars or the Golden Globes give the world’s elite the perfect excuse to don a designer gown and look like a million dollars. Equally, fans love looking at what their idols are wearing, who has the best dress, and who’s suit cost an exorbitant amount. Of course, no red carpet […]
Incredibly Odd And Unique Ad Placements
Advertising can make or break a brand’s image. Marketing that follows current trends and truly knows how to appeal to an audience can greatly impact the popularity of certain brands; failure to do so can run them into irrelevance or infamy.  Worse still, even the most expensive campaigns can fall under the radar, which is […]
Advertisement