Since the beginning of scripted television, viewers have turned to the small screen for some good ole fashioned comic relief. Whether it’s a darkly funny animated series like The Simpsons or a comforting show about a group of friends hanging out at a bar like Cheers, television comedies provide the perfect escape from daily life.

When TV shows find their audiences and become massive hits, networks like to keep the cash cows on air as long as possible. These sitcoms are the not-so-rare few that struck comic gold, making their stars very, very rich, and keeping audiences happy for years, or in some cases even decades.

Cheers is a sitcom that ran on NBC for eleven seasons, starting in September of 1982. It stars Ted Danson, Shelley Long, George Wendt, Rhea Perlman, and others, centering around the goings-on at a Boston bar named “Cheers”. 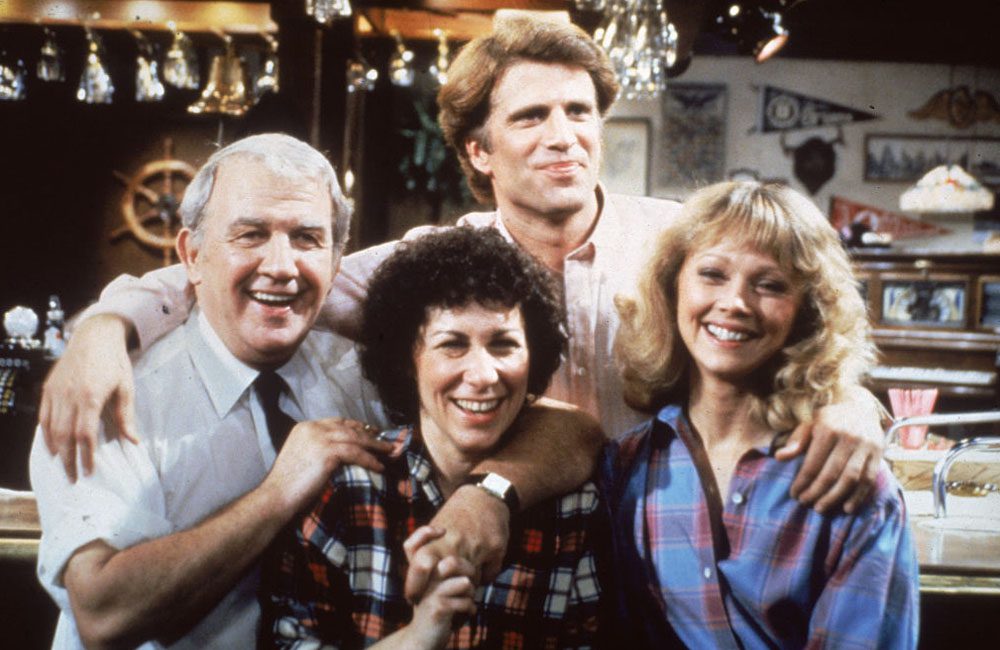 The sitcom was a massive success for its day, and even by today’s measures, as it was nominated for a whopping 117 Emmy Awards over the course of its eleven-season run, winning 28. At the height of its popularity, star Ted Danson made $500,000 per episode.

The show famously “about nothing” somehow managed to last for an incredible nine seasons, tackling subjects as varied as losing your car in the mall parking lot to dealing with an overbearing doorman to waiting for a table at a Chinese restaurant. 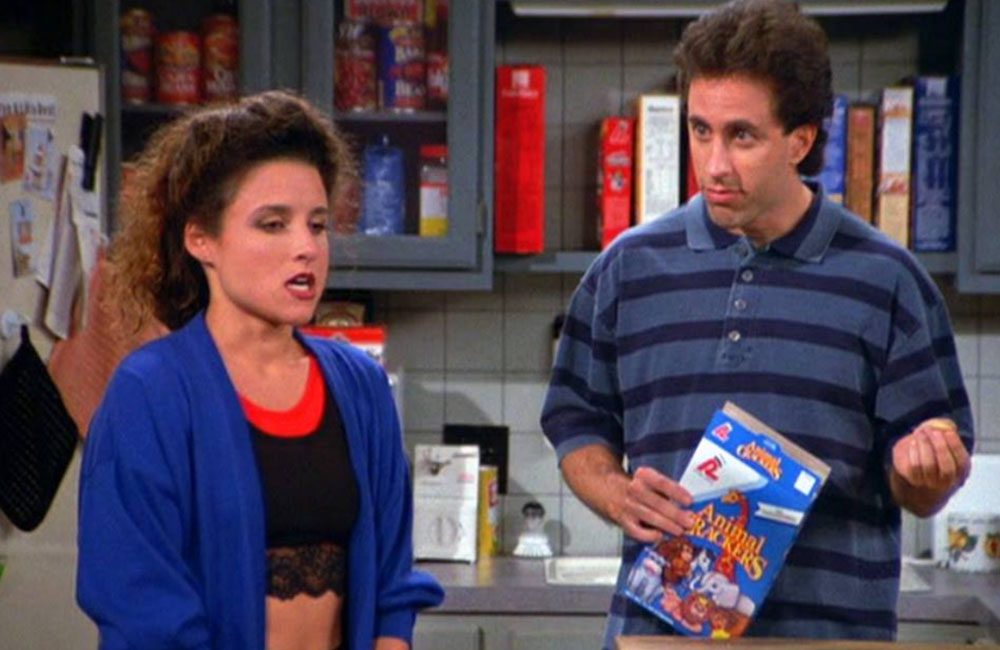 The show made comedian Jerry Seinfeld incredibly wealthy, paying a whopping $1 million per episode by the end, while his three costars–Jason Alexander, Julia Louis-Dreyfus, and Michael Richards–only made a measly $40,000 per episode in comparison.

At its season fifteen premiere in late 2021, It’s Always Sunny In Philadelphia officially became the longest-running live-action sitcom of all time. Following the lives of five lowlife friends who own a bar in South Philly, the outrageous show never fails to surprise viewers with exactly how far the characters will go. 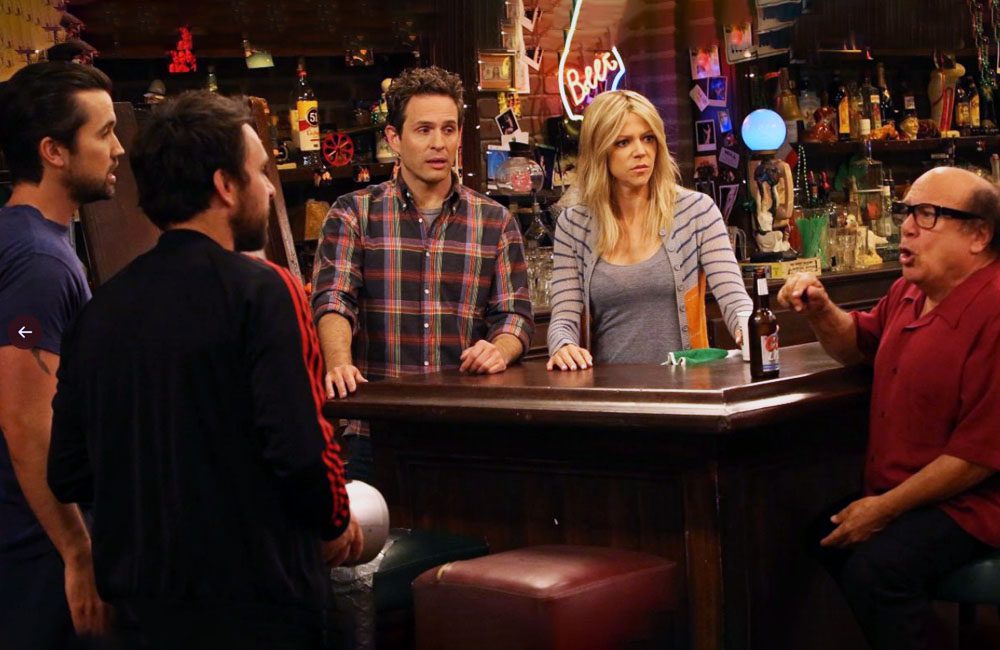 Created by real-life friends who filmed the pilot episode for only $100, it has grown into a comedy empire. While it can be assumed that all the stars make roughly the same amount per episode as they all have pretty equal screen time and started out together, some castmembers with more fame like Danny DeVito are poised to be making more.

The Big Bang Theory is a novel sitcom in that it centers around a group of super-smart but socially awkward scientists as they navigate relationships. While it wasn’t a hit right out of the gate, the network gave it a chance and it eventually developed a massive following. 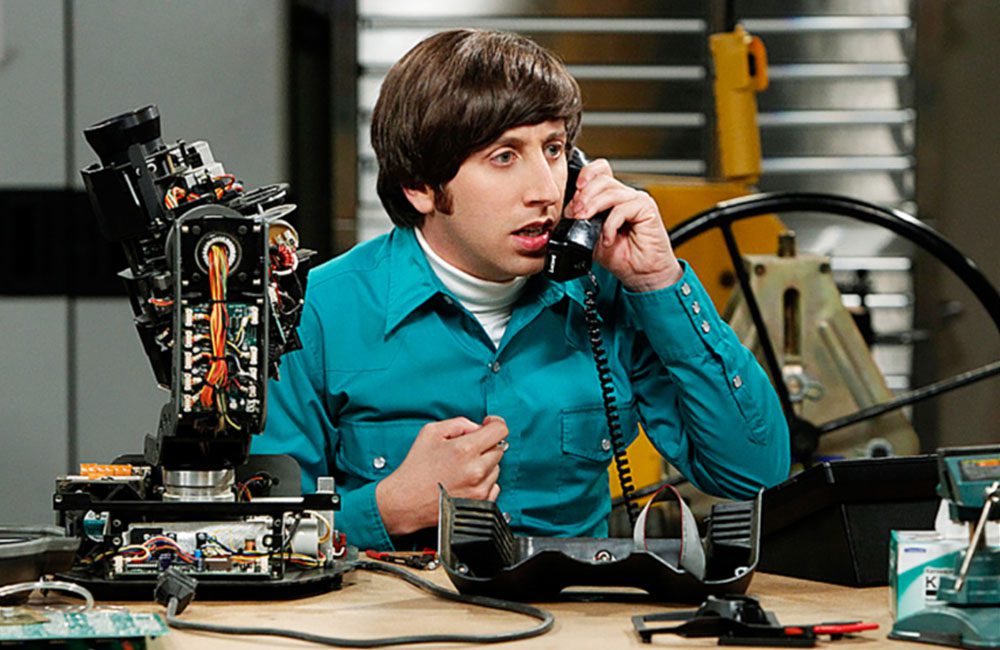 At one time, star Jim Parsons was the highest-paid actor on television, rumored to be earning more than a million dollars per episode. The highly lucrative series went on to have a spin-off focusing on Parsons’ character as a child, aptly named Young Sheldon.

Going on for more than three decades, The Simpsons now seems like more of a cultural institution than a mere television show, influencing the sense of humor of multiple generations. Running since December of 1989, the Springfield residents show no sign of disappearing from the small screen. 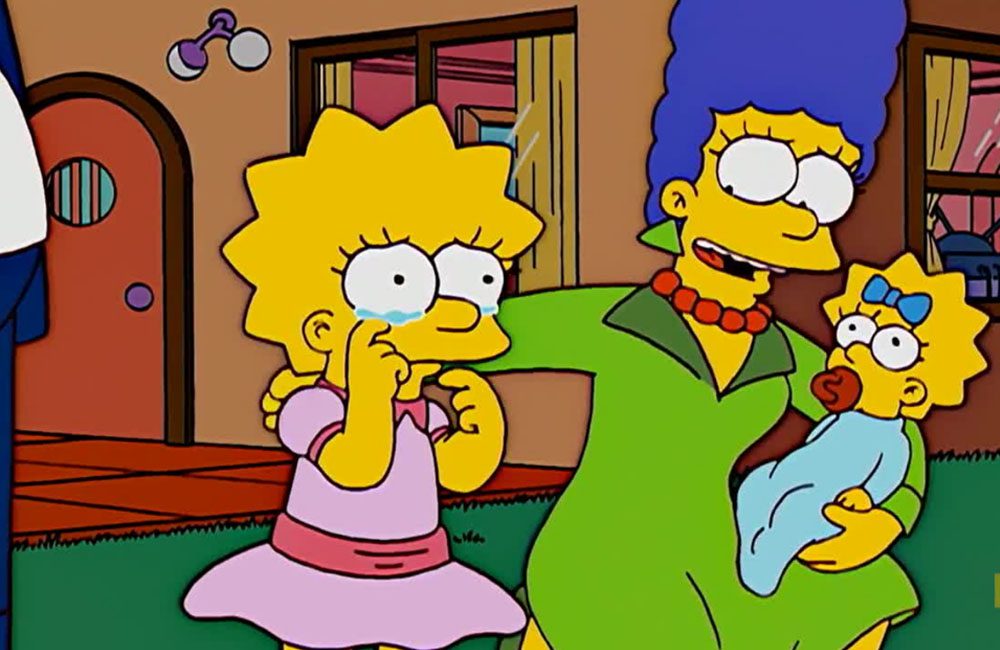 The voices of the show are done by voice actors Dan Castellaneta, Julie Kavner, Nancy Cartwright, Yeardley Smith, Hank Azaria, and more. All members of the main cast are rumored to be making $300,000 per episode.

On The Air For: 9 seasons
Est. Star’s Salary: Unknown

An atypical sitcom, The Love Boat incorporates drama elements, becoming more of a serialized romantic comedy. Airing on ABC from 1977 to 1986, the show lasted for nine seasons and then five movie-length specials. 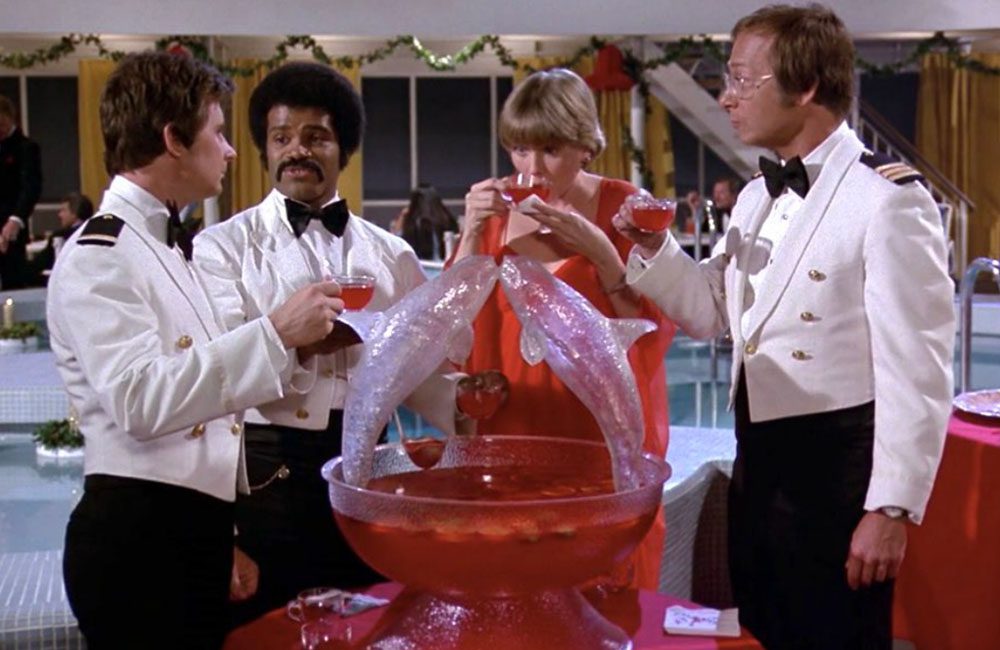 The show was actually based on a nonfiction book about the lives of people aboard cruise ships, following the captain and crewmembers as well as guests on the ship. The show featured an iconic theme song sung by Jack Jones, and later Dionne Warwick.

While often forgotten today, Coach was an extremely popular television show back in its day, airing from 1989 up until 1997. Starring Craig T. Nelson as the titular coach, the show followed a fictional college football team, and eventually an NFL expansion team. 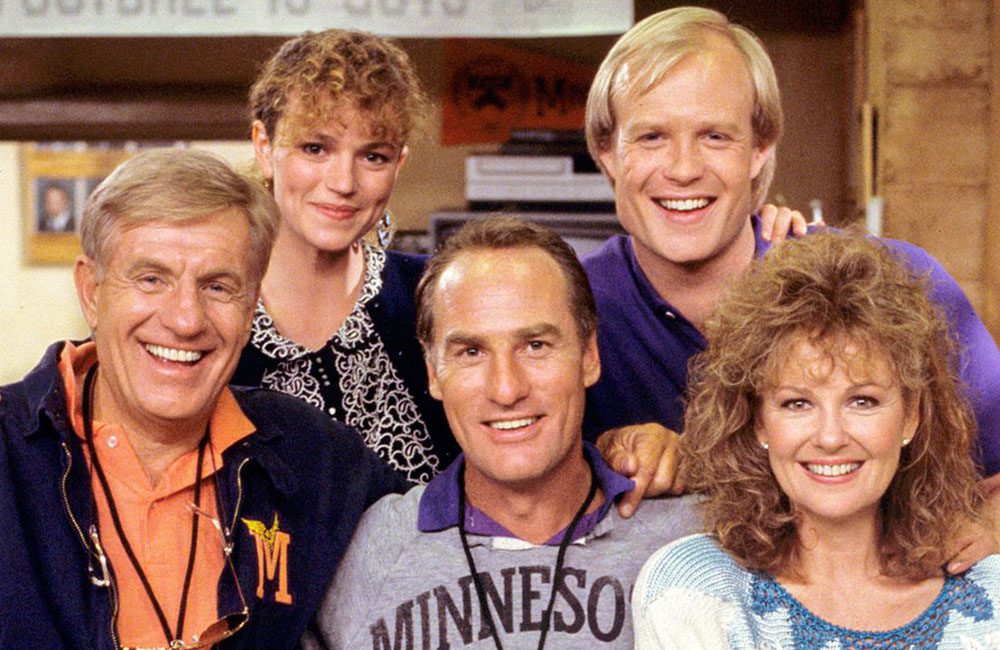 Before there was drama Friday Night Lights, which follows Texas high school football (which many take more seriously than the NFL) Coach was showing viewers the backstory of an American football coach, revealing his personal life as well as what we’re used to seeing on the field.

A spin-off of a popular British series of the same name, The Office became massively popular, playing with the familiar experience of working an office job which nearly everyone can relate to. The success of the show can also be attributed to the stellar cast, which kept it running for nine seasons. 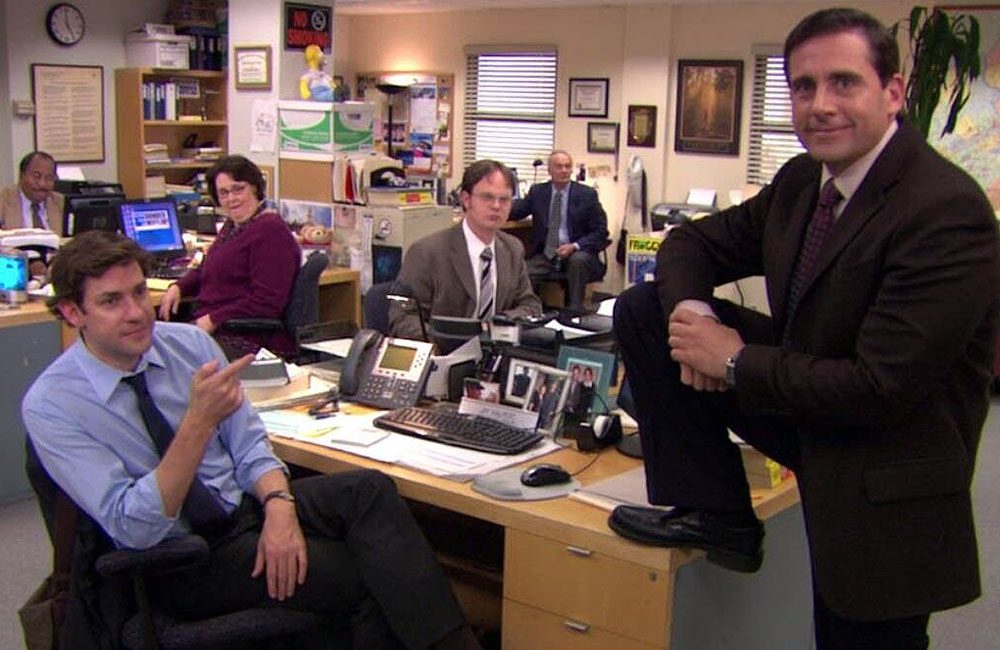 Steve Carell stars as the well-meaning but incredibly stupid manager of the branch, while his hilarious employees are played by John Krasinski, B.J. Novak, Mindy Kaling, and more. Each character is so different from the last, creating the perfect environment for hijinks to ensue.

Another American sitcom based on a British one, All in the Family was a massive success. Starring Carroll O’Connor as the patriarch of a typical American family throughout the turbulence of the 1970s, the show was lauded for approaching difficult topics with humor and tact. 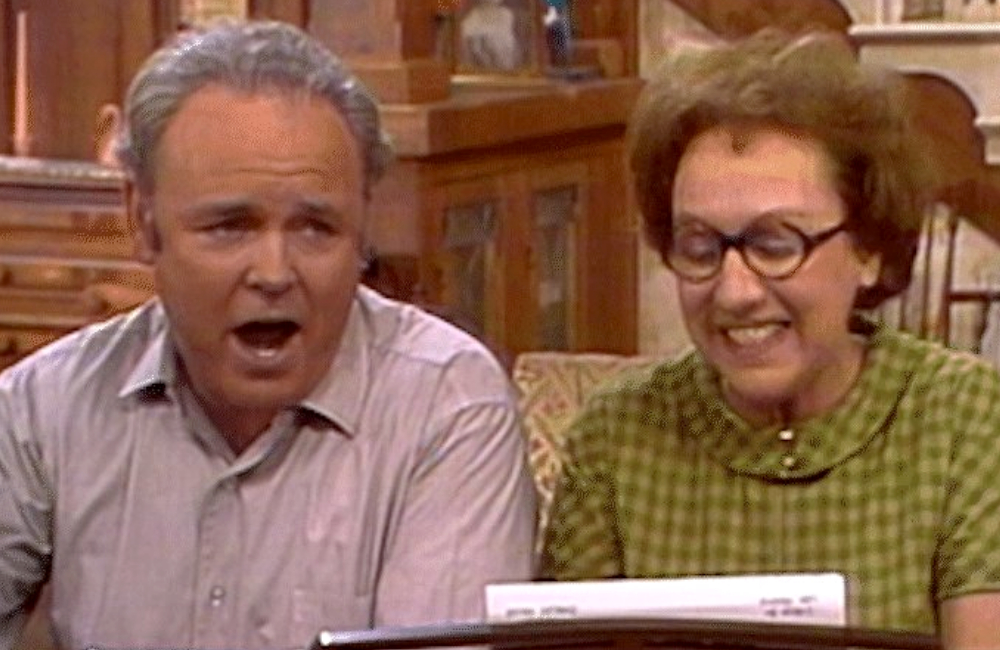 All in the Family @TheNormanLear / Twitter.com
Advertisement

On the air for nine seasons, from 1971 to 1979, the show’s lead brought home $30,000 per episode, which back then was quite the handsome sum. Even some fifty-plus years later, with the massive inflation that’s occurred since $30,000 per episode is still not something to scoff at.

Running for a whopping eleven seasons, Murphy Brown was a unique sitcom starring Candice Bergen as an investigative journalist and television news anchor. The show dealt with rather tricky topics, addressing the main character’s alcoholism from episode one. 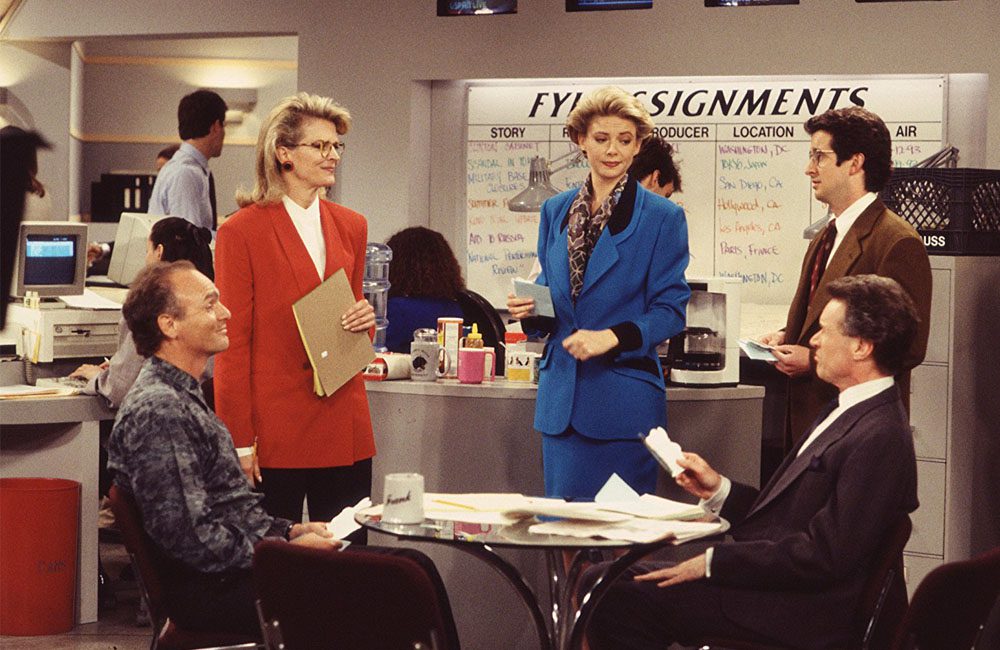 As the lead of the incredibly successful show, Candice Bergen brought home $250,000 per episode by the end of the show’s eleven-season run, which made her one of the highest paid people on television, man or woman, when the final seasons aired in the late ‘90s.

Created by friends Carter Bays and Craig Thomas, loosely based on their own lives, How I Met Your Mother became a television phenomenon, with viewers tuning in week after week to see if they would pick up on any clues as to who the “mother” would be. 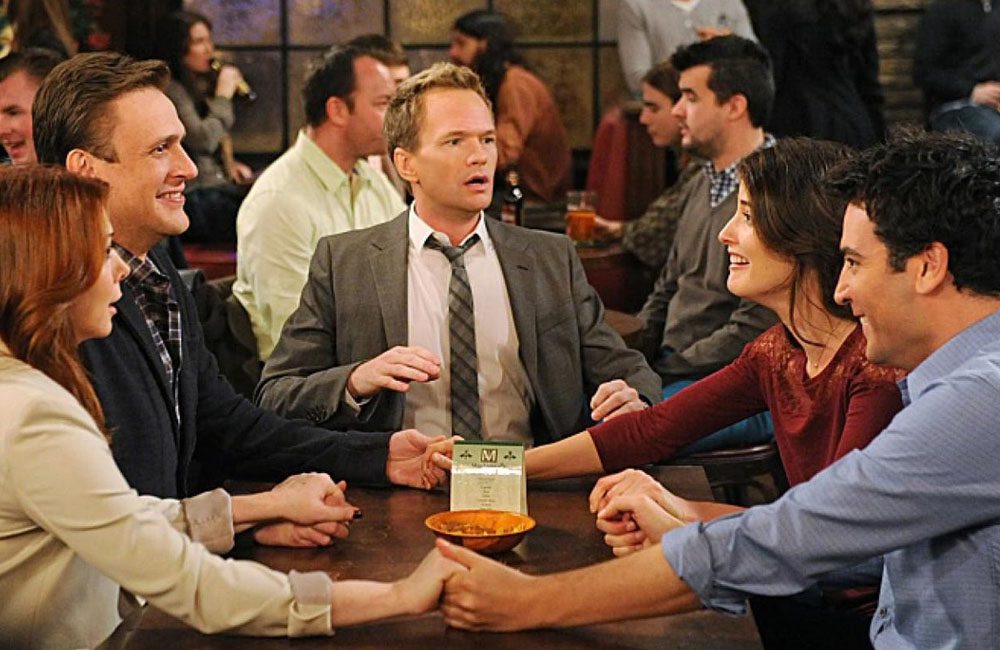 How I Met Your Mother @DonjetBislimi / Twitter.com
Advertisement

By the end of the show’s nine-season run, Josh Radnor was making $225,000 per episode, which might not seem like it would put him towards the top of the list in terms of highest-paid actors, but considering seasons were long he was netting $5 million per season.

On The Air For: 18 seasons
Est. Star’s Salary: Unknown

An animated comedy originally airing on Fox and making its way to TBS, American Dad! relies heavily on absurdist humor as it follows the life of a not-so-typical American family consisting of four people, a sentient, talking goldfish,  and an alien. 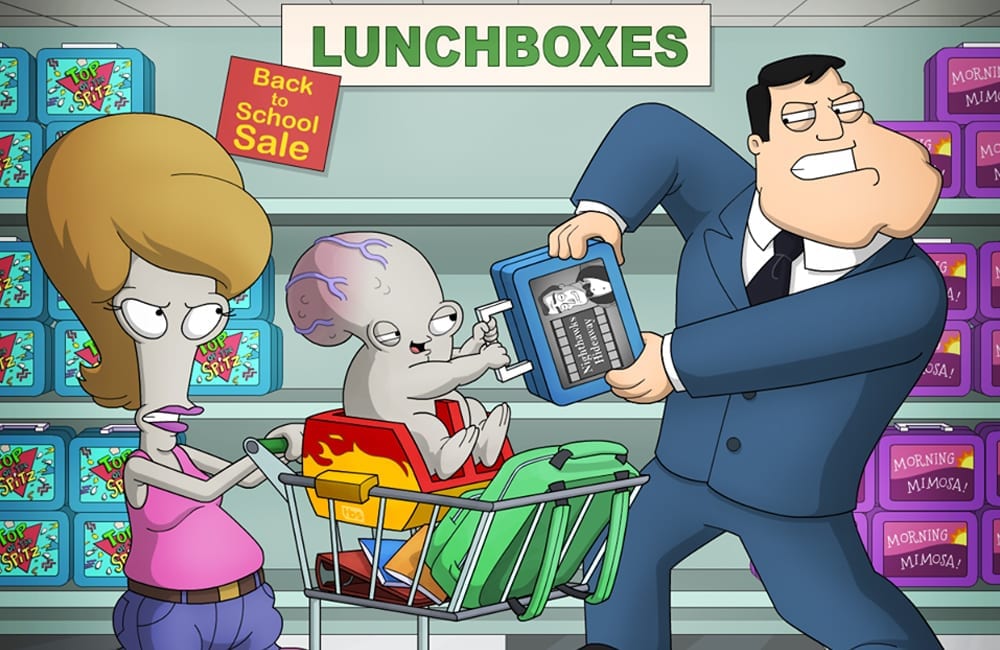 Created by Seth MacFarlane of Family Guy fame, the show has been a massive hit, on the air for an incredible eighteen seasons so far. MacFarlane voices two of the main characters and reportedly brings home $20 million per year through a combination of all of his television and film endeavors.

When many people think of a sitcom, Friends is often the first to come to mind. A classic American comedy series with little plot and plenty of banter between a close-knit group of friends who happen to be neighbors, the show is as easy to watch as comfort food is to eat. 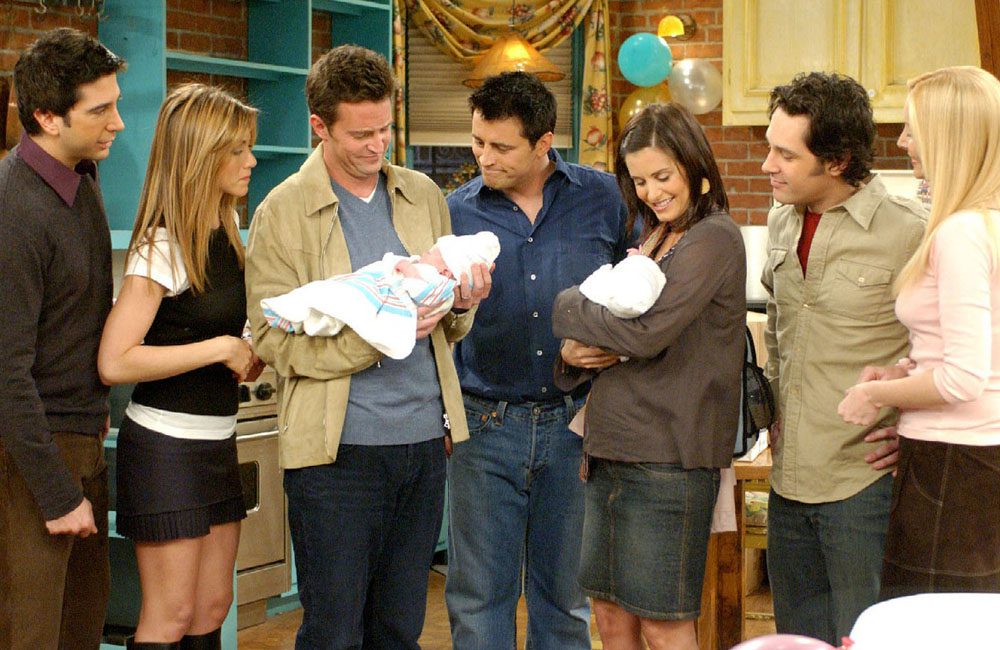 The massively successful show spawned the careers of nearly all of its stars, turning Jennifer Aniston, Lisa Kudrow, David Schwimmer, Matt LeBlanc, Courtney Cox, and Matthew Perry into household names. Netflix bought the rights to the show in 2015 for a whopping $100 million.

Ed O’Neill (now of Modern Family fame) and Katey Sagal star as a married couple in Married…With Children, a riotously funny sitcom about a classic American family that plays up each family member’s flaws for comedic effect. 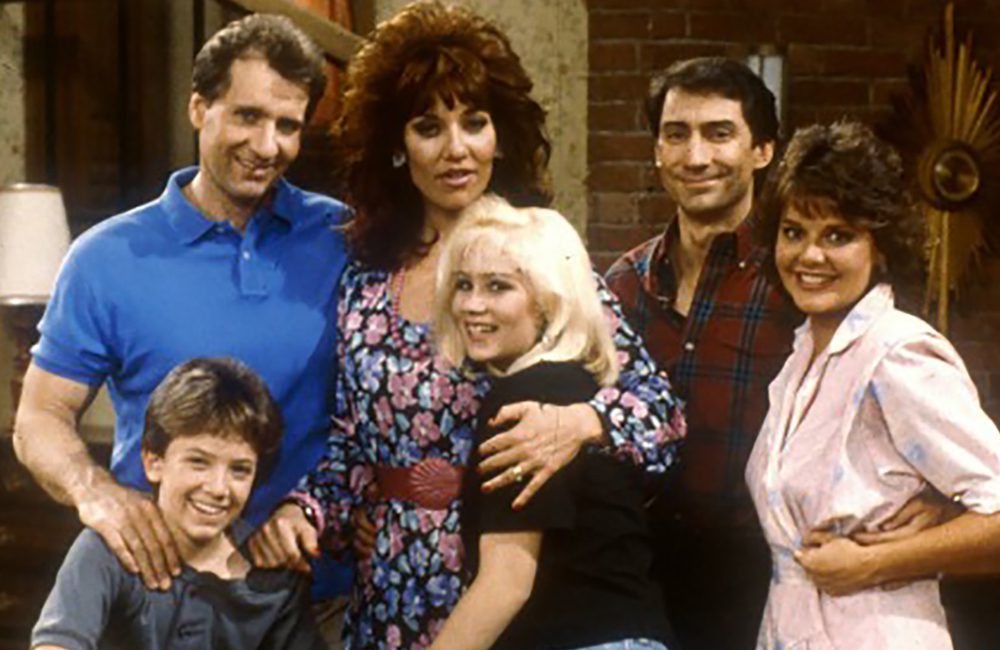 It also stars David Garrison, Amanda Bearse, and a very young Christina Applegate in one of her first-ever roles. The show was such a success that by the final seasons Ed O’Neill was making half a million dollars per episode, which was even more incredible in the late nineties than it is now.