Planet Earth is home to some breathtaking cities and towns. Millions of people call bustling meccas like Beijing, Kolkata, and even America’s Tornado Alley home…but does that mean that they are safe places to live?

In fact, it can be quite the opposite. Some of the most densely populated cities in the world are actually places that should be avoided. Although the economic value of these locations can extend into the trillions, they can be lacking in infrastructure, pollution control, or be ill-equipped to handle what mother nature has in store. The evidence is plastered all over the web, from Instagram to The New York Times.

Searching for pictures of Beijing online is enough to tell you just how busy China’s capital really is. With thriving industries and a population of over 22 million, many love life in China. But, with that many people comes a spike in pollution. Beijing has been tackling this issue for over 20 years. 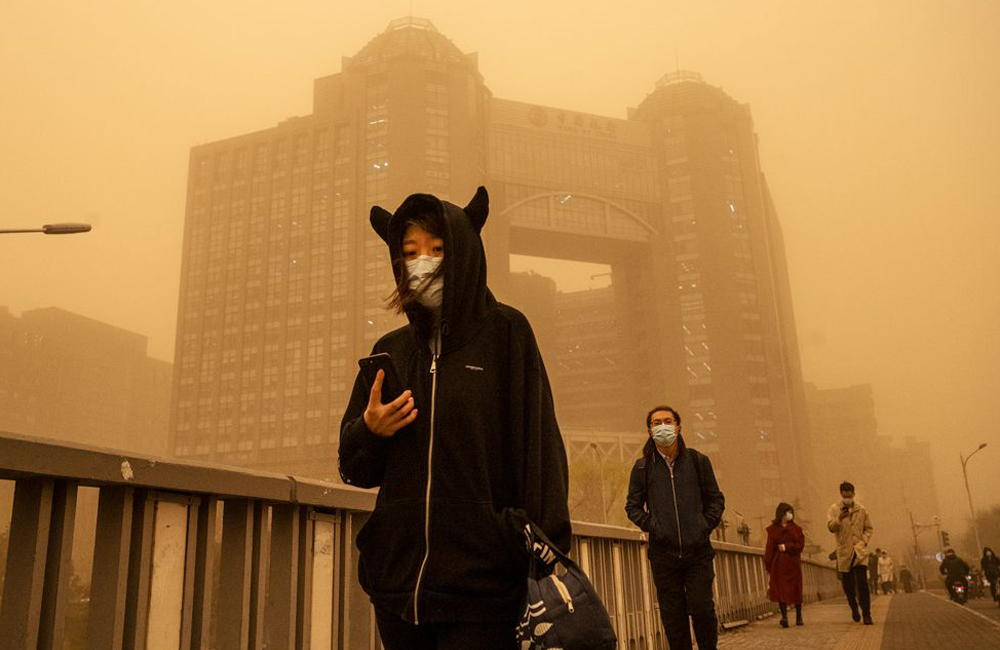 While the situation may look dire, Beijing has actually made significant progress in this area. Unlike some other cities with the same problem, officials have been working hard behind the scenes to improve life for its residents. Measures taken include coal-fired and vehicle emission control, as well as the rollout of cleaner fuels.

Just a couple of years ago, California was hit by devastating wildfires that raged through some of its most loved locations. Napa and Sonoma Counties were just two areas that were hit hardest. In Sonoma alone, over 77,000 acres were burnt to a crisp before firefighters were able to contain the destruction. 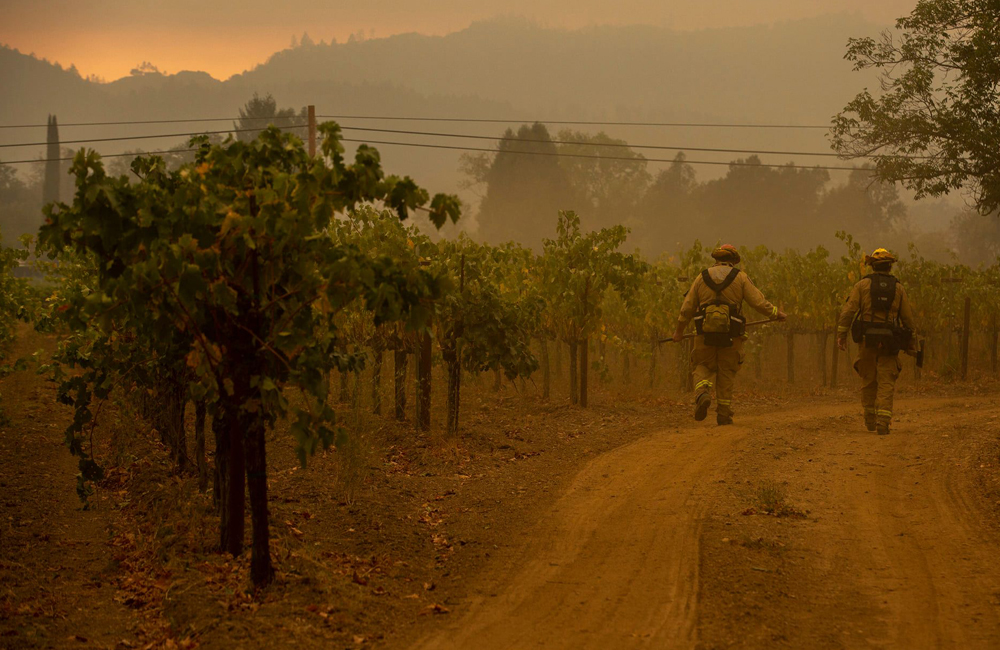 In 2020, Napa saw a wildfire that decimated almost half of the entire county. Social media sites like Instagram were full of posts from fleeing residents detailing the tragedy. Needless to say, many have thought twice about returning to the residences they once loved permanently – if the buildings survived at all.

The glitz and glamor of Milan isn’t lost on the world’s elite, who flock to the Italian City for Fashion Week and the allure of designer shopping. Milan has plenty to offer, but it’s this high level of tourism and affluence that has seen crime rates rise. 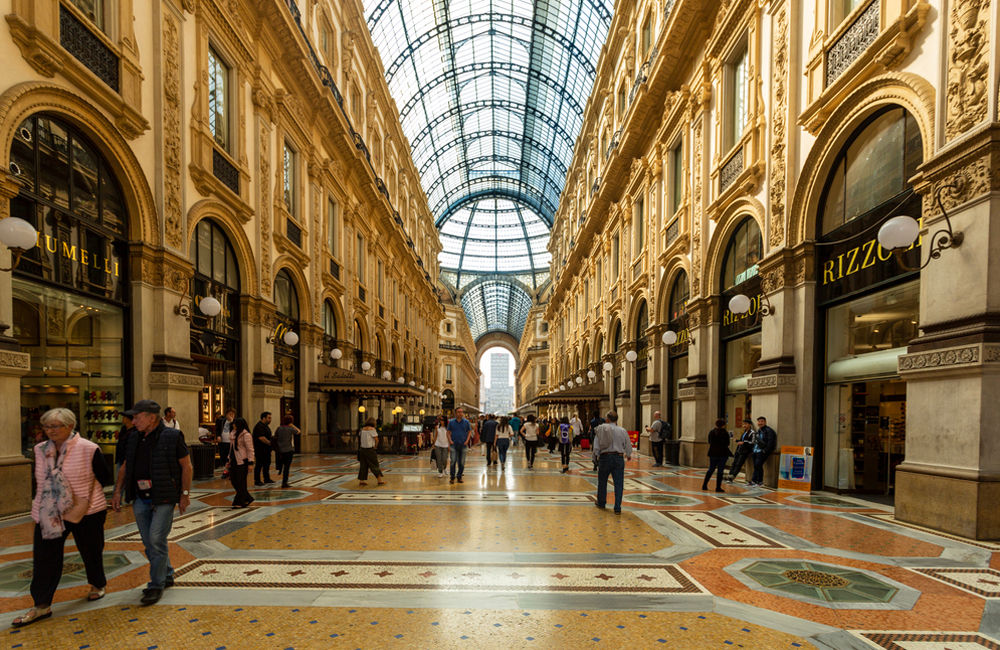 While Milan is a safe place in general, there are certain areas that are best to avoid if you want to keep hold of your wallet. Pickpockets notoriously operate Outside Central Station and at the Piazza Duca D’Aosta, so it’s best to be on your guard. Like most major cities, it’s not always how it looks in Disney movies.

The exact boundaries of Tornado Alley haven’t ever been fixed, but it’s largely accepted that Texas, Oklahoma, Kansas, Nebraska, Iowa, and South Dakota are all firm residents of one of nature’s biggest warpaths. 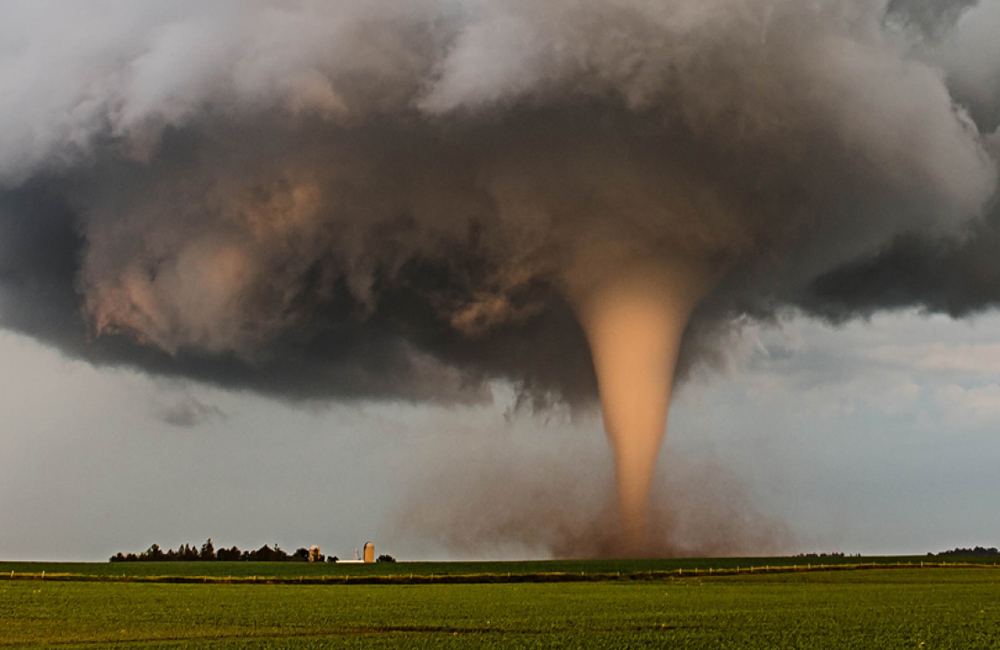 Within this, Florida and Kansas are the hardest hit, with an average of 12.3 and 11.7 tornadoes a year, respectively. While some tornadoes don’t create much destruction, others have been known to claim lives and cause serious structural damage. The Warner Bros. hit 1996 movie Twister was filmed in Tornado Alley, mostly in Oklahoma.

The harrowingly-named Death Valley lies in the northern Mojave Desert in California. It’s notorious for its scorching temperatures, making it one of the hottest places on the planet. While it’s not exactly a tourist attraction, just over 300 people call this red-hot piece of land home. 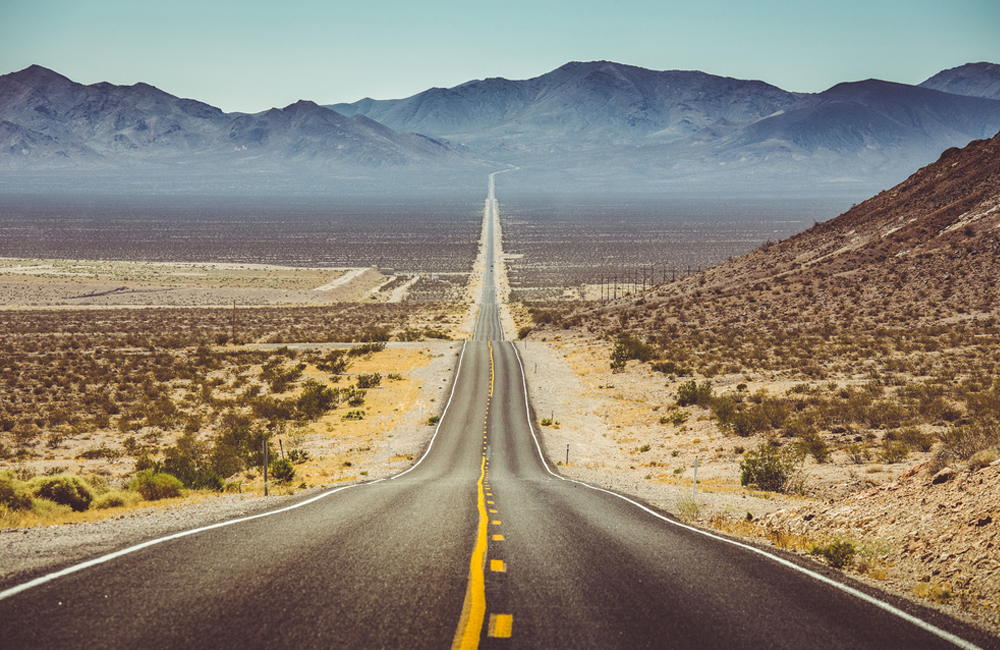 To those that live there all year round, the heat is just another part of life. However, to visitors, one wrong turn on a drive can mean the difference between life and death. Getting lost in temperatures that can exceed 125 degrees Fahrenheit is no joke.

To its 28.4 million permanent inhabitants, Venezuela is a culturally diverse mecca that is loved beyond measure. Visitors also agree that it’s a stunning place to visit, but a natural phenomenon certainly keeps the population on its toes. Certain regions are exceptionally prone to lightning strikes. 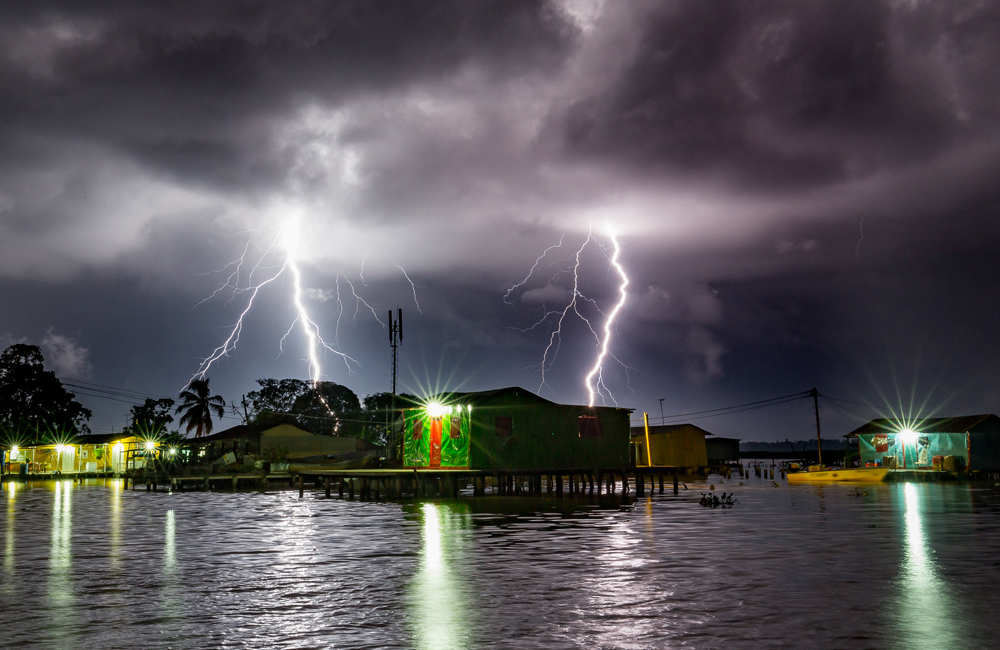 One such place is Catatumbo, which sees lightning storms for an average of 300 days per year. According to The New York Times, “200 flashes a minute is not uncommon.” These episodes mainly occur between the months of April and November. Despite the worrying displays, an average of just 13 people a year get hit by lightning in Venezuela.

Turkey has been prone to earthquakes for thousands of years, but experts warn that the devastation seen in previous events is just a drop in the ocean. Scientists say that Istanbul could be in store for another powerful earthquake at any time. After the last “big one” in 1999 that claimed thousands of lives, Turkey has worked on improving its infrastructure. 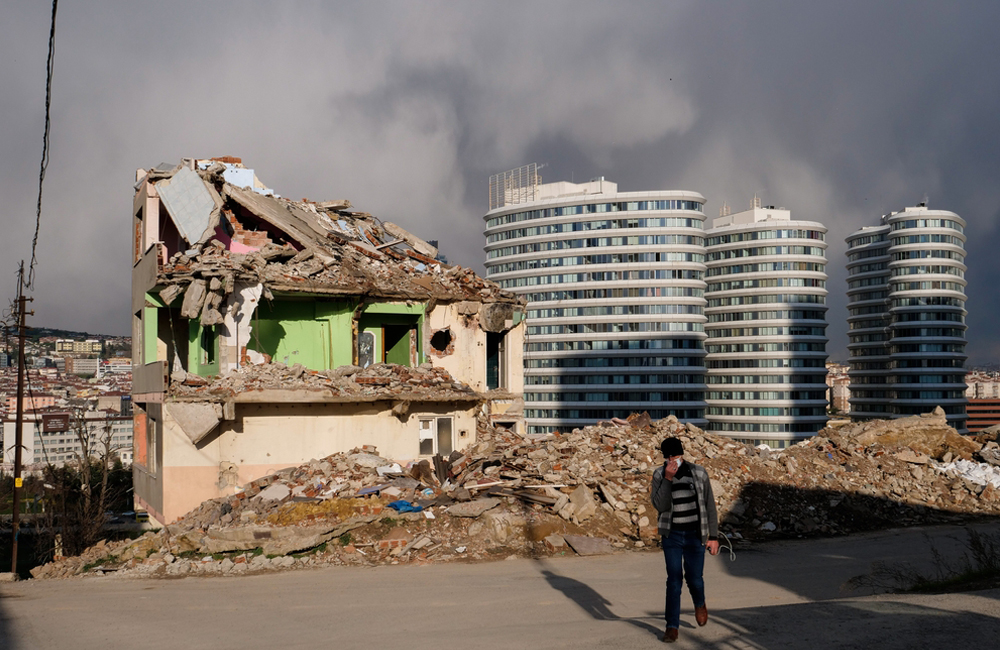 However, some don’t believe that it’s enough to rule out a serious loss of life. According to Daily Sabah, Turkey has been hit by 300,000 earthquakes of varying levels in the past 12 years. With so many active fault lines starting to creak under the pressure, it’s a matter of when not if.

On the surface, Catania in Sicily looks like a beautiful example of Mediterranean life. In many ways, that’s true. In other ways, Sicily’s second-largest city is masking a seedy underbelly of crime, if statistics are to be believed. 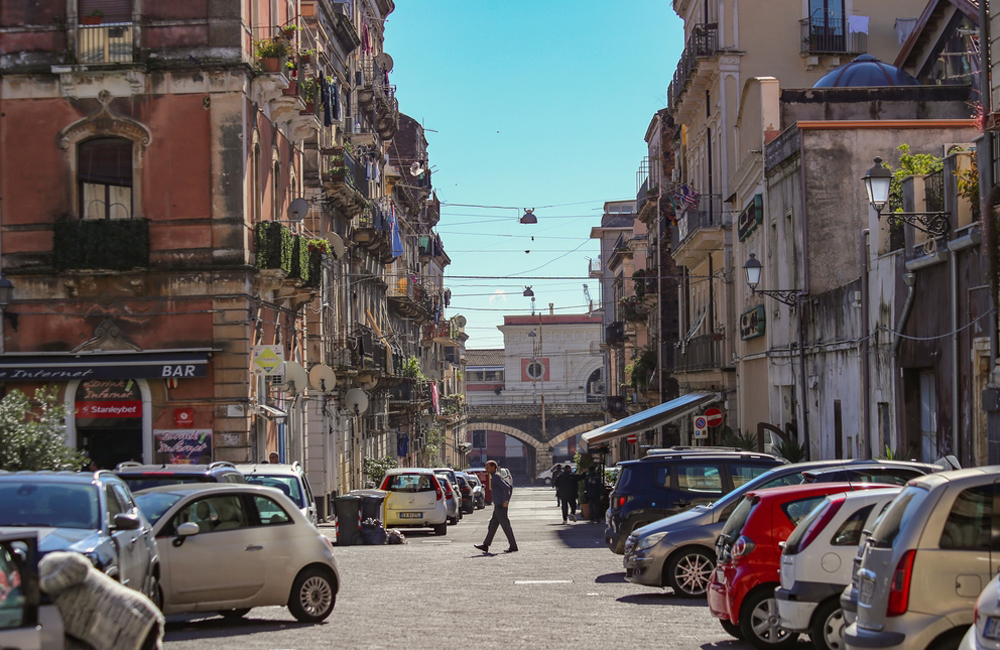 According to JTG Travel, organized crime is still an issue in this location. Crime rates for problems like drug use, theft, and vandalism are high, while there’s a worrying amount of “prostitute-related” crimes of 7,000 per 100,000 residents. It’s not quite The Godfather, but it’s not a Disney movie, either.

There are fewer natural disasters quite as powerful as a tsunami. Because they happen so quickly and are so powerful, these disasters can completely total miles upon miles of land. The Sanriku Area in Japan knows this first hand. 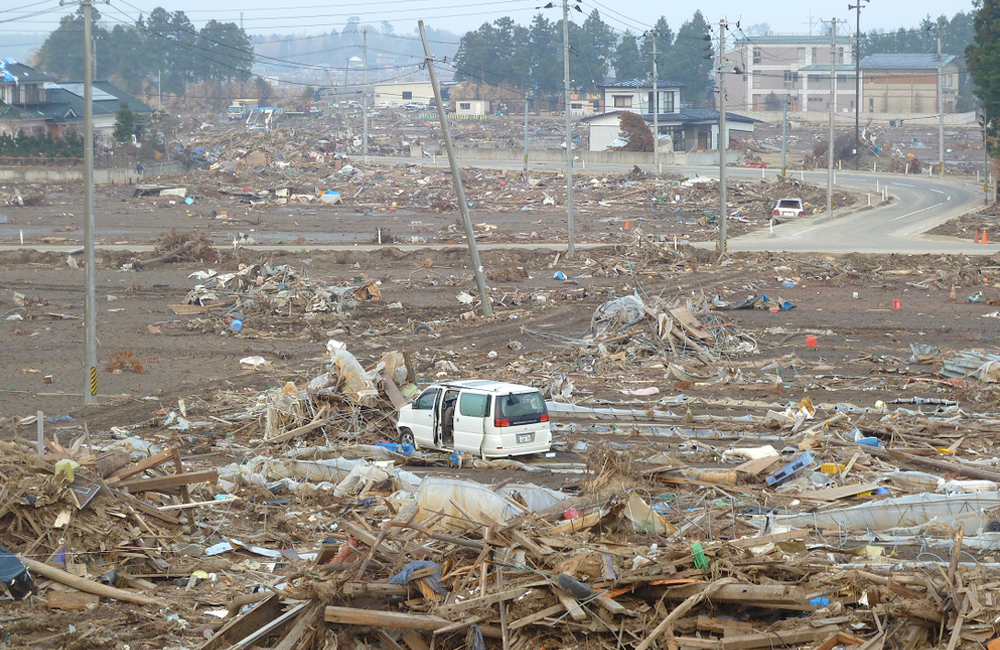 In 1896, an 8.5-magnitude earthquake occurred close to the coast of Iwate Prefecture, Honshu. This shift resulted in not one, but two tsunamis that made their way inward and caused an overwhelming loss of life. Over 9,000 residences were totally destroyed, with 22,000 people meeting a tragic end.

Nestled close to Mount Vesuvius, Italy’s Naples is a stunning city that boasts some of the best pizza in the entire country. With beautiful streets and thriving nightlife, Naples is a firm favorite of backpackers and local residents alike. Perhaps the only downside is its close proximity to one of the most infamous volcanoes in the world. 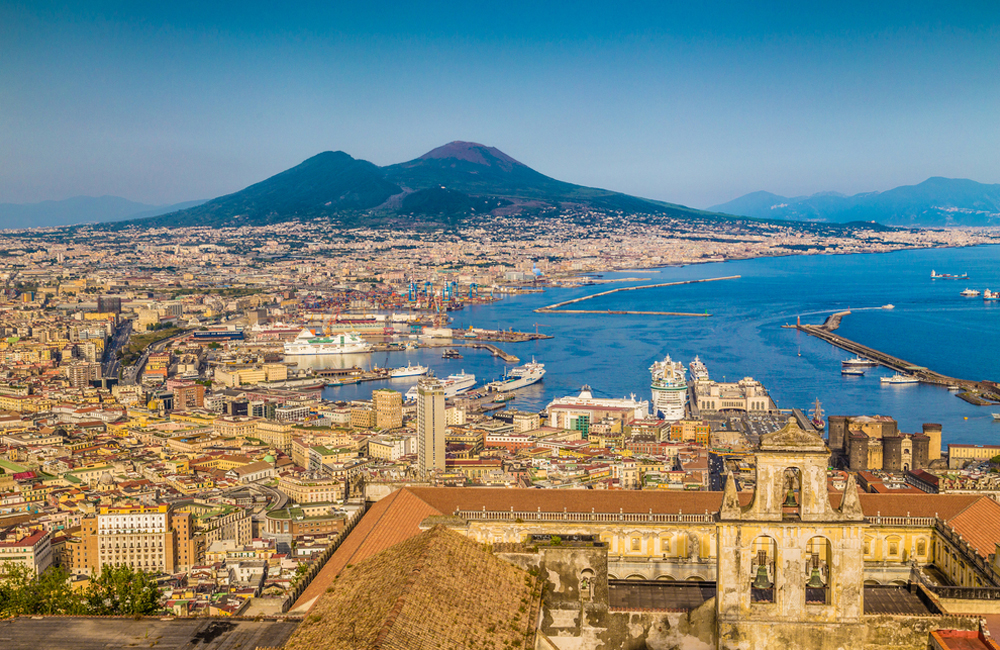 Mount Vesuvius last erupted in 1944, claiming the lives of 26 people and flattening villages in the area. It could be a significant amount of time before Vesuvius erupts again, but it’s simply that – a matter of time.

On the whole, London is like most other major cities in the world. It has plenty of tourist attractions and things to do, but it also has a darker side that visitors don’t often see. Knife and gun crime are on the rise in certain parts of England’s capital but are at their worst in Southwark and Lambeth. 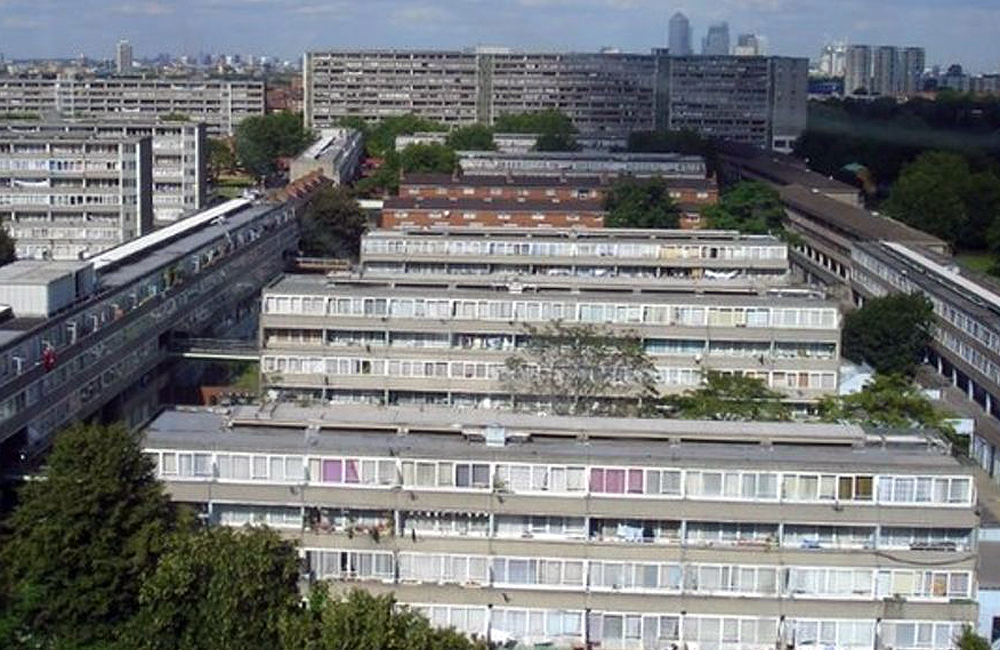 With crime rates of 98 crimes per 1,000 people, Southwark can be dicey at times. Lambeth has its own set of worrying statistics, but it varies from neighborhood to neighborhood. All in all, London might not be as quaint as it’s portrayed to be in Netflix movies.

Wittenoom in Australia’s Pilbara Region was once a growing, thriving town. In 1930, minging for blue asbestos drew in more residents, leading to a population peak of just under 900 in 1961. Little did townsfolk know then that asbestos wasn’t the friendly substance they thought it was. 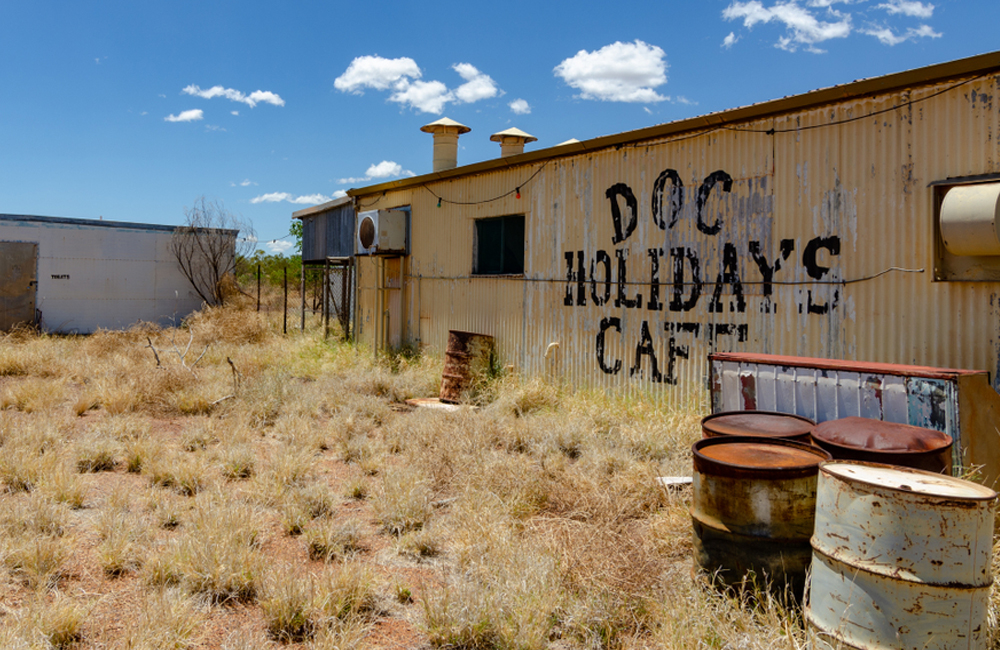 By 1966, the mine was closed and the land was eventually declared a contaminated site. Now, despite the risks, 2 people still live there. Perhaps more worryingly, urban explorers still go out of their way to visit the site, with videos popping up on YouTube of abandoned diners and residences.

Mexico is home to some of the most glorious locations the world has to offer, including Los Cabos. There’s no denying that this location is aesthetically pleasing, with crystal clear water and sunsets stretching out into the hills. 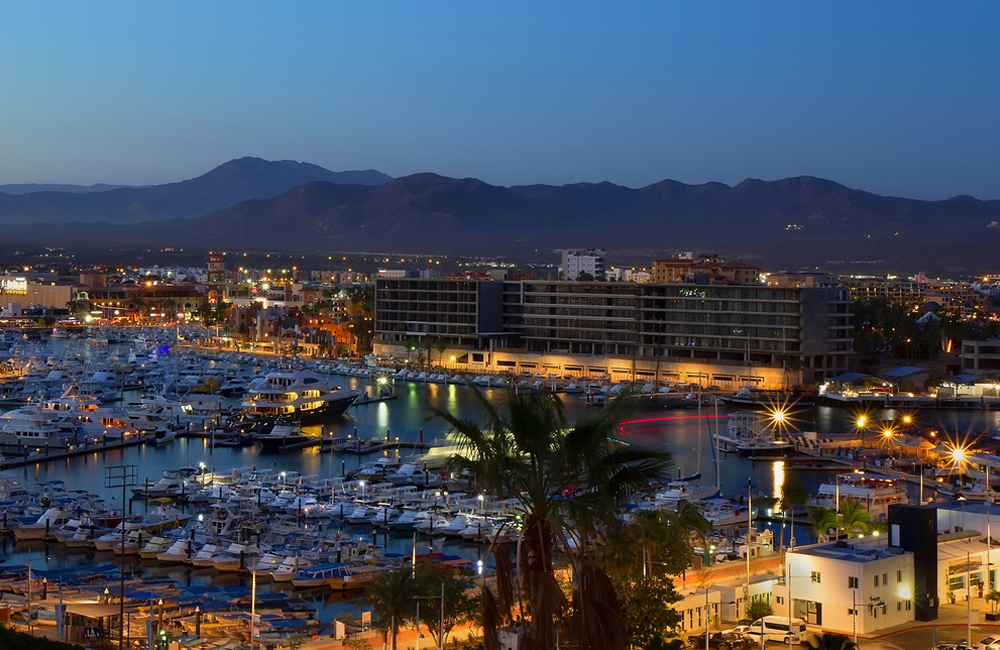 Unfortunately, the murder rate might put you off visiting. With a rate of 128.26 murders per 100,000 people, beating other cities like Chicago, Los Cabos poses its own set of risks. So much so that the US government tells American visitors to be incredibly cautious when making a trip to this particular destination.

For many Hindus, the River Ganges is a holy place that’s part of their daily rituals. 400 million people live along the stretch of the river banks, using the Ganges to bathe, play, and to pray. There’s no doubt that it’s an important part of the culture for many, but is the Ganges really safe to bathe in? 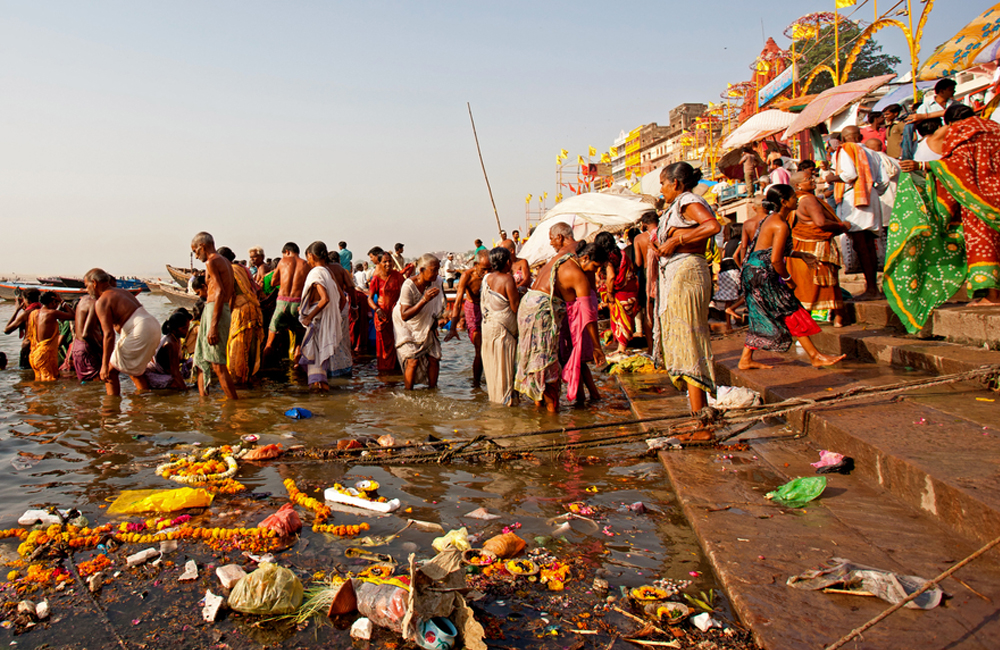 Apparently not. Not only is the river host to all manner of pollutants that can cause serious illnesses, but it’s also used to cremate human bodies. During the trying times over the past couple of years, cremation costs rose which led to many burying loved ones in the banks of the river. Tides and swells meant that these were displaced, leading to some unsettling finds.