America is known for its thriving industries and long-lasting companies. People came to this country in search of the American Dream, to build a comfortable life and hopefully leave a legacy behind. We can confidently say that the following companies have definitely defined the American Dream.

One of the top banks in the country started as a small commercial bank in New York City in 1799. Started by Aaron Burr, he eventually built the bank larger and larger. Through numerous mergers and change of hands, the company eventually became what we know today as JP Morgan Chase. Today, JP Morgan Chase handles millions of people’s banking needs across the country. It has stood strong as one of the oldest companies in the United States and has played its part in both the good and the less-good moments of US history.

Jim Beam is one of the leading brands when it comes to American bourbon. Started by the Boehm, later Americanized to Beam, in Kentucky in the 18th Century, this liquor has earned quite a reputation for itself. Just three years after Kentucky became an official state, Jacob Beam decided to sell his first bottle of bourbon and soon gained notoriety and popularity in this area. It’s important to note that the bourbon was officially renamed Jim Beam in 1943 after James B. Beam resurrected the company following Prohibition. With seven generations of the Beam family distilling and selling their bourbon, this company shows no sign of slowing down, especially with the comeback of mixology and cocktail elitists.

Cigna is America’s original health insurance provider. The company was founded in Philadelphia back in 1792, when it was known as the Insurance Company of North America (INA). Throughout history, Cigna has been present. During the Great Chicago Fire in 1871, the San Francisco earthquake in 1906, and all the way up to today, they’ve provided insurance for countless Americans. Cigna as we know it now was created in 1982 when INA and the Connecticut General Corporation (CGC) merged. This then gave birth to the new name, Cigna, by putting the letters from each acronym together.

Colgate was formed in 1806 by William Colgate in New York City. He started off as a candle and soap maker, but once his son took the company over after his death, he began selling toothpaste in 1896. By 1928, Palmolive bought Colgate & Company and soon became an industry leader in hand soap and toothpaste. From the 1960’s onward, the company began selling more than just soap and toothpaste. It acquired Hill’s Pet Nutrition and other companies. Its product lineup now includes pet food, household cleaning products and wipes, and more.

Eliphalet Remington founded the Remington company in 1816 in New York, originally manufacturing guns and ammunition. Today, Remington produces more rifles and shotguns than nearly any other company in the United States. Remington played a role in both World War I and II by providing the military with firearms and ammo. Today, the factory that produces these firearms is said to be the oldest one in America to still manufacture the same product. Over the years, Remington has gone through some different names and has changed hands, but it is still one of the leading firearms manufacturers in the United States.

William Hunter, a doctor from Scotland, owned a small apothecary shop in Newport, Rhode Island. But from this small seed he soon grew the massive empire known as Caswell-Massey, America’s first perfume company. During the late 18th Century, the company catered towards an elite crowd, selling fragrances and other personal care items. 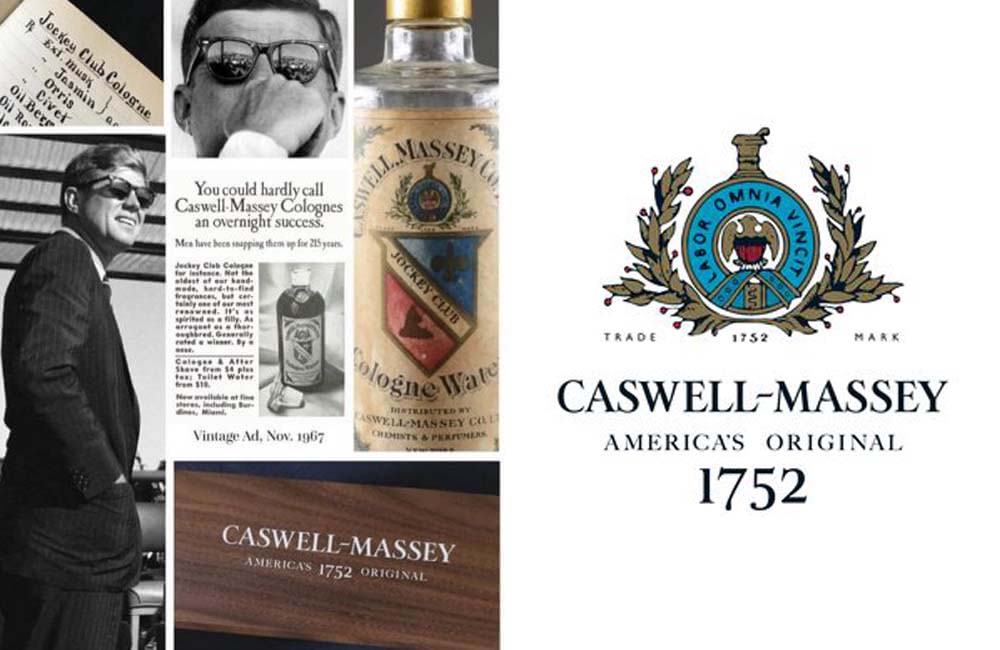 Today, it is one of the oldest American companies that is still operating. After changing hands multiple times over the years, the company still stays true to its origins and offers high-end personal care and perfume products to customers. Many of their products still use the original formulas and all products are manufactured on American soil, making it a true American company.

The official name of DuPont is E. I. du Pont de Nemours and Company, which was founded in Wilmington, Delaware by Eleuthere Irenee du Pont. The company started by producing gunpowder, which was provided to the Union Army during the Civil War. In the early 20th Century, DuPont still produced gunpowder and other chemical products. Over the years, DuPont took on manufacturing many more products and has had a hand in many major historical events such as World War II. Today, the DuPont family is one of the richest families in the United States. In 2017, DuPont merged with Dow Chemical Company to form DowDuPont.

The Hartford Courant began circulating in the state of Connecticut in 1764. At first, it was a weekly publication, started by Thomas Green. It then became a daily newspaper and has since earned the reputation of being the oldest continuously published paper in the United States. The paper has always prided itself in supplying the nation with unbiased news reporting so readers only get the facts.  In 1979, Times Mirror bought the paper but continued to publish it under its original name. It has since won a Pulitzer Prize, among other notable awards. HarperCollins publishes books of all genres and distributes their books globally. Offices are located around the world including Australia, China, India, New Zealand, the United Kingdom, and Canada.

The New York Stock Exchange began as a result of the signing of the Buttonwood Agreement in 1792. Once brokers realized they could reform and change the agreement, the NYSE was born. Before establishing itself on Wall Street in Manhattan, it had many locations over the years. Local gourmands Hannon and Baker started off importing cocoa beans to produce chocolate in 1764. Unfortunately, when Hannon never returned from a trip to the West Indies in 1780, Baker took it over and rebranded it the Baker Chocolate Company. For almost a hundred years, the company focused on producing just one type of chocolate, but then added more products to their line.

Today, the company, now known as Baker’s Chocolate, produces baking chocolate, dipping chocolate, and more. It’s become a staple item in every kitchen’s baking cabinet. It also provides products for the service industry as well as the amateur baker.

Before the company became Louisville Stoneware, it began as the JB Taylor Company in Louisville, Kentucky in 1815. It produces beautiful stoneware products for both the home and gardens. Originally, it sold wholesale products, but switched to retail in the late 20th Century. Some of the original designs from when the company first started are still in production today. Customers and stoneware enthusiasts can take a tour of the Louisville Stoneware factory in Kentucky. While visiting, customers can even paint and decorate their own items.

Laird & Company is the country’s oldest licensed distillery. Started by Robert Laird in 1780, he received the first distillery license from the United States Department of the Treasury. He opened the distillery in New Jersey and became producing spirits. During the Revolutionary War, Laird served in the army under George Washington. It’s said that Washington requested to know the recipe for Laird’s product. Today, production has ceased in New Jersey, but still takes place in Virginia, where it gets its apples for the product.

Pabst Brewing Company began in Milwaukee, Wisconsin, and was then called the Empire Brewery. Serving as the first brewery in the city, Phillip Best brewed what would soon be one of the most famous beers in the country. Taken over by his son-in-law, Frederick Pabst, the company was then renamed to what it is today. If you’ve ever wondered what the blue ribbon signifies, it’s to separate the beer from all of its competitors. You know that you’re drinking a great beer if you see the blue ribbon. In fact, it’s still winning ribbons. It was recognized as Brewer of the Year in 2015.