Technology and research have evolved to include in-depth analysis and techniques that were nothing more than pipe dreams a few decades ago. As a result, the off-world discoveries scientists have been making in recent years border on fantastical. Still, they are as real as can be — most of them anyway.

From the gaseous river of a frozen moon to black holes that are big enough to swallow small galaxies, these are the mysterious discoveries of outer space that you won’t be able to see while traveling aboard Richard Branson’s Virgin Galactic spacecraft.

Anyone who remembers when Pluto was still considered a planet won’t think that the idea of a ninth planet somewhere out there is far-fetched at all. However, there is one significant difference that will help decipher between the ninth planet (Pluto) and Planet Nine. 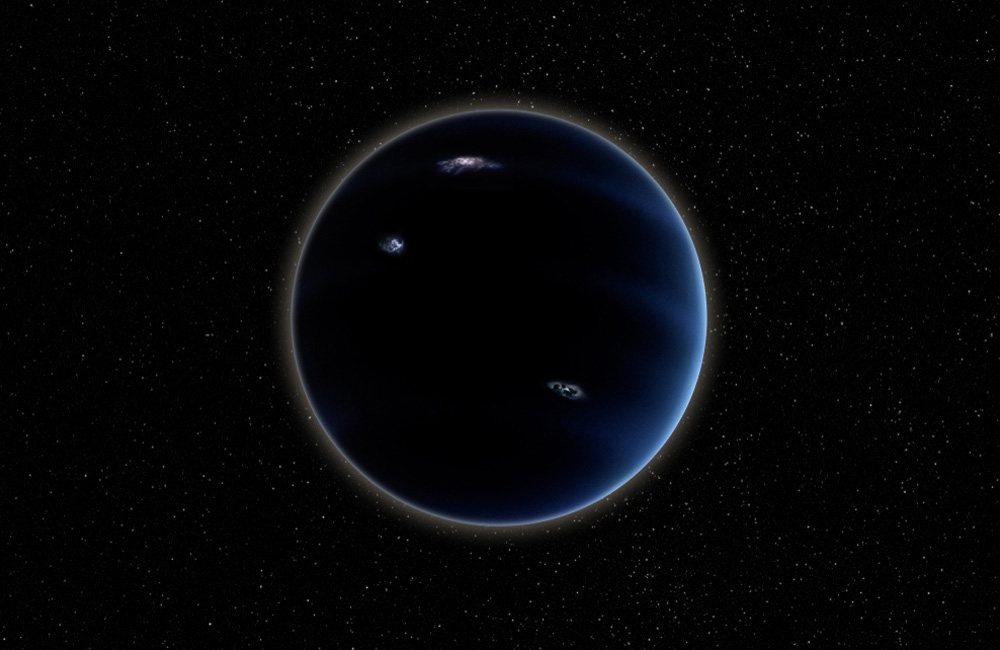 While there’s solid evidence of Pluto’s existence, the same cannot be said about Planet Nine, but there is some proof of objects on the outer limits of the Milky Way sharing orbital properties. Astronomer Dr. Scott Sheppard has hypothesized that this is the result of the existence of a planet that would take around 10,000 years to complete one solar orbit and would be at least ten times larger than Earth.

Due to the complexities of the vastness of space and the infinite possibilities of things that could exist within it, when searching for a breakthrough, one mustn’t look for something new. One must look for inconsistencies in what they already know – which is exactly what astronomers did in the years leading up to Galaxy X’s discovery. 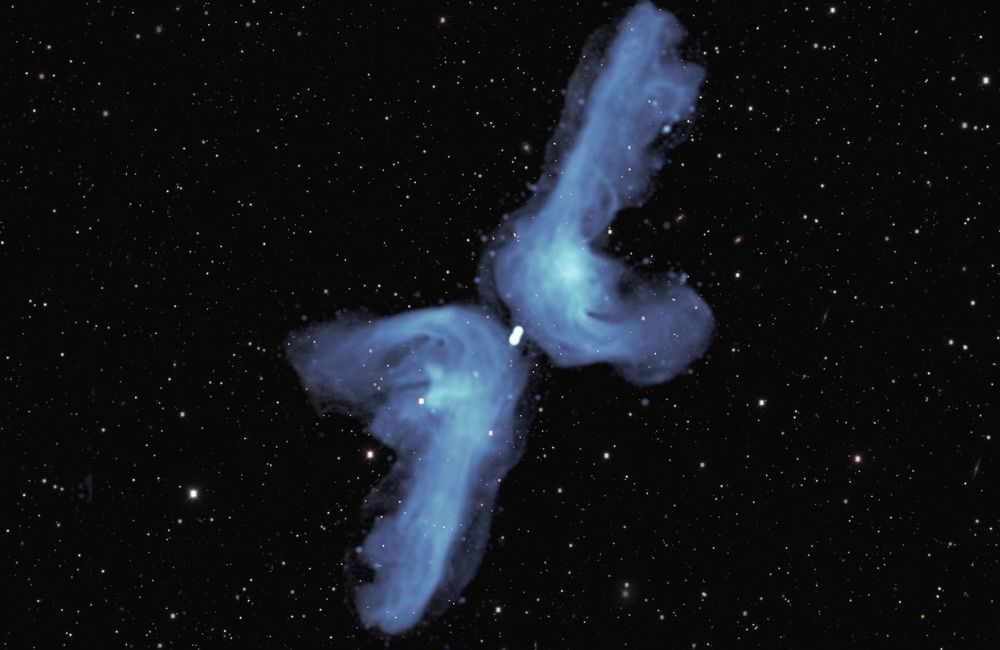 In 2009, after astronomers noticed a disturbance in the Milky Way’s disc, it didn’t take long for them to begin searching for its cause. In 2015, the search ended with Galaxy X being found. It took so long because the newfound galaxy is only visible because of four incredibly bright stars — leading experts to believe that Galaxy X must be made mostly of dark matter.

Year Found: 1973
Who Found It: NASA
Location: Monoceros (The Unicorn)

Just as the white fluffy clouds in the sky can take on various shapes, as can the clouds of the various nebula found within the infinite galaxies – an excellent example of this lies 2,300 light-years from Earth sitting in the Monoceros constellation. 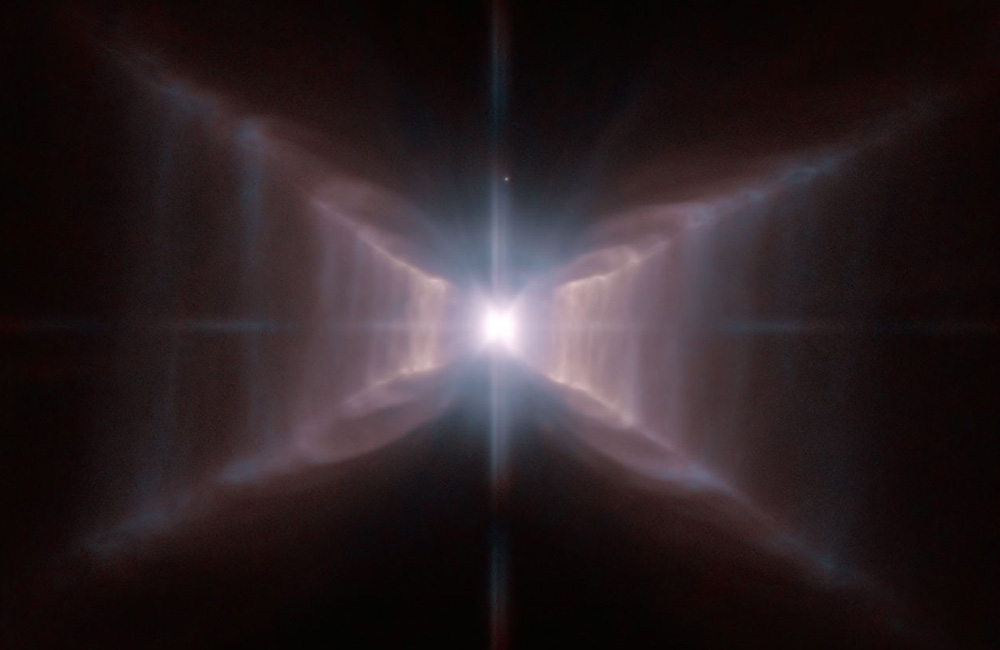 The unique “extended red emission” of the Red Rectangle Nebula is almost as much of a mystery today as it was when it was discovered in 1973. One possible explanation for the nebula’s distinct geometric shape is that at its center lay two stars that have reflected twin cones of light through space dust. Of course, it could just be the work of aliens…

Found by Dr. Robert Weryk in 2017, Oumuamua is shaped like a “giant space cucumber,” it’s twice as reflective as a comet and moves through space independent of the Sun’s orbit — most likely due to the comet’s frozen gas being warmed by the Sun receiving an extra boost. 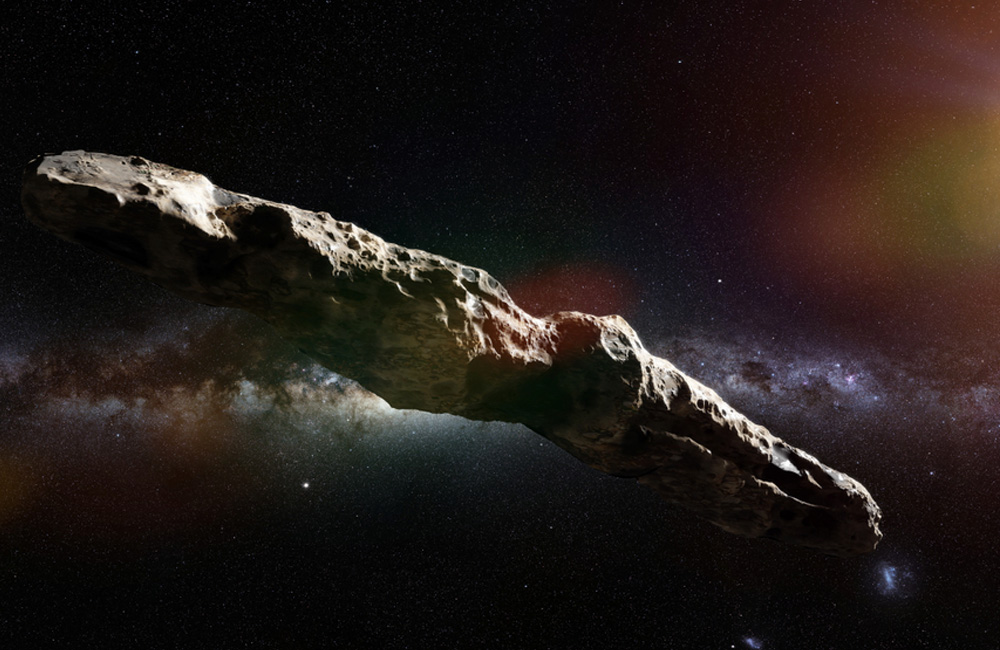 Thought to have entered our Solar System sometime during the Victorian age, some researchers, including Prof Avi Loeb from Harvard University, were under the belief that the only explanation for the comet’s sudden energy bursts must have been that it was an alien space probe. Probe or not, Oumuamua has now passed by Jupiter and is steadily working its way towards the next star system.

One thousand five hundred light-years away from Earth, resting where it belongs within the constellation Cygnus, Tabby’s Star has been at the center of many debates over the years. Most of which have had to do with the cause of the 22% loss in brightness that the star experiences on random occasions, compared to the average planet’s annual loss in brightness of less than 1%.

Some people believe that the light emanates from a futuristic alien complex, but the more likely scenario is that thick clouds of space dust are somehow playing a role here. Either way, the star named after the astronomer, Tabetha Boyajian, is sure to keep scientists scratching their heads for years to come.

Lasting anywhere from a fraction of a millisecond to a couple of milliseconds in duration, a Fast Radio Burst is pretty much what it sounds like — a bursting pulse of radio waves. The first of these bursts was discovered by Duncan Lorimer in 2007, but the most intriguing is FRB 121102, which was discovered ten years later.

On one mysterious day in August of 2017, the Fast Radio Burst known as FRB 121102 was recorded coming from a galaxy 3 billion light-years away. The odd thing is, unlike the other bursts that have occurred over the years, this one repeated 93 times. One theory is that the series of FRBs were caused by objects falling into a black hole.

Discovered in 1950 by American astronomer Arthur Hoag, if it is to be considered a galaxy, Hoag’s Object is unlike any other galaxy that has ever been found. While the common shape of a galaxy is a spiral (Milky Way) or an elliptical (Cygnus A), Hoag’s Object is neither. 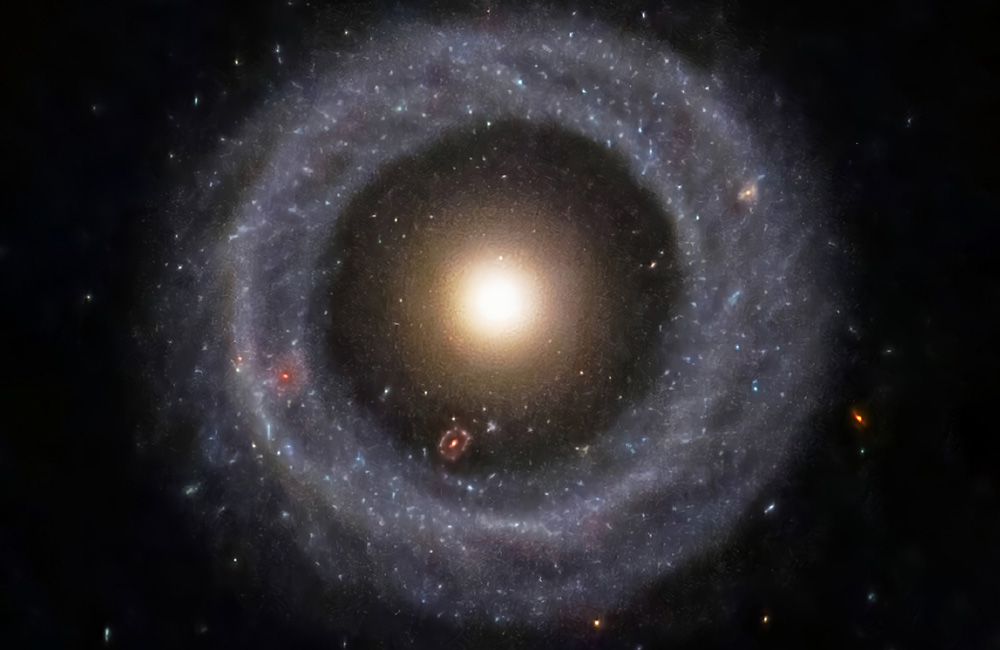 As the only known ring galaxy in existence, how Hoag’s Object came to be is very much an enigma. One explanation astronomers have toyed with regarding the galaxy’s barren inner circle is that a few billion years ago, like a bullet through a bullseye, a smaller galaxy pierced through (Hoag’s Object) and caused its swirls to disperse.

For centuries, the Bermuda Triangle has been at the center of some of the Atlantic’s biggest mysteries — with both planes and boats going missing over the years. If those tales weren’t eerie enough, astronauts aboard the International Space Station have reported operational issues with their computers and other equipment when passing by the area that’s above the South Atlantic Anomaly (SAA). 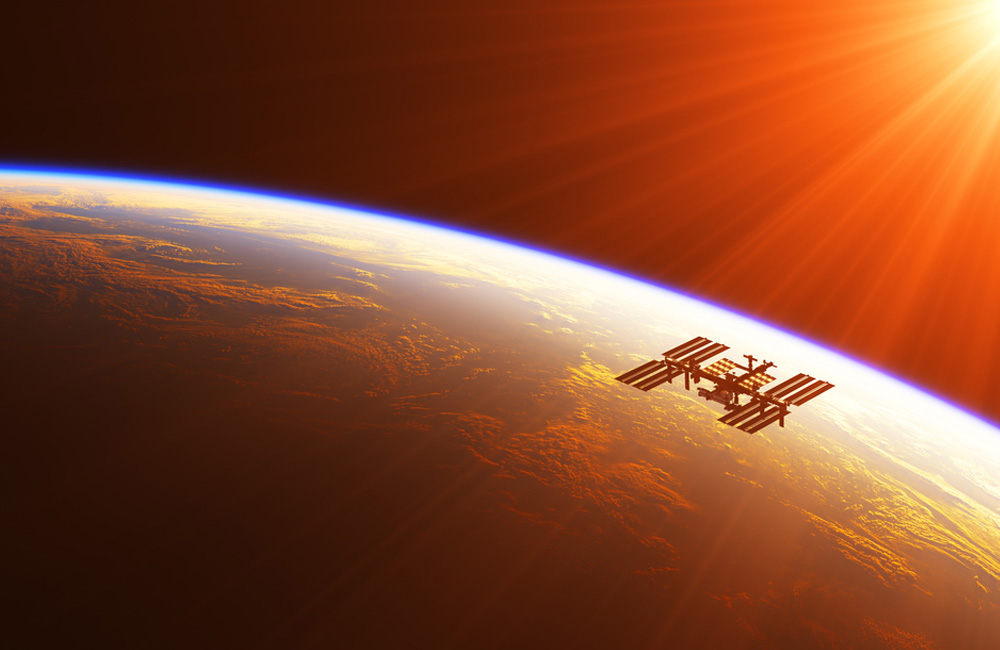 This Bermuda Triangle of Space results from an abnormality caused by the Van Allen Radiation Belts that are stuck within the Earth’s orbit. Not even the almighty Hubble telescope can capture clear images of what happens in the SAA.

Whether there is another planet in the universe that is capable of sustaining life has been confounding astronomers and scientists for quite some time. In 1992, Aleksander Wolszczan and Dale Frail discovered the first real signs of these planets or super-Earths existing and, since then, another dozen or so have been found. 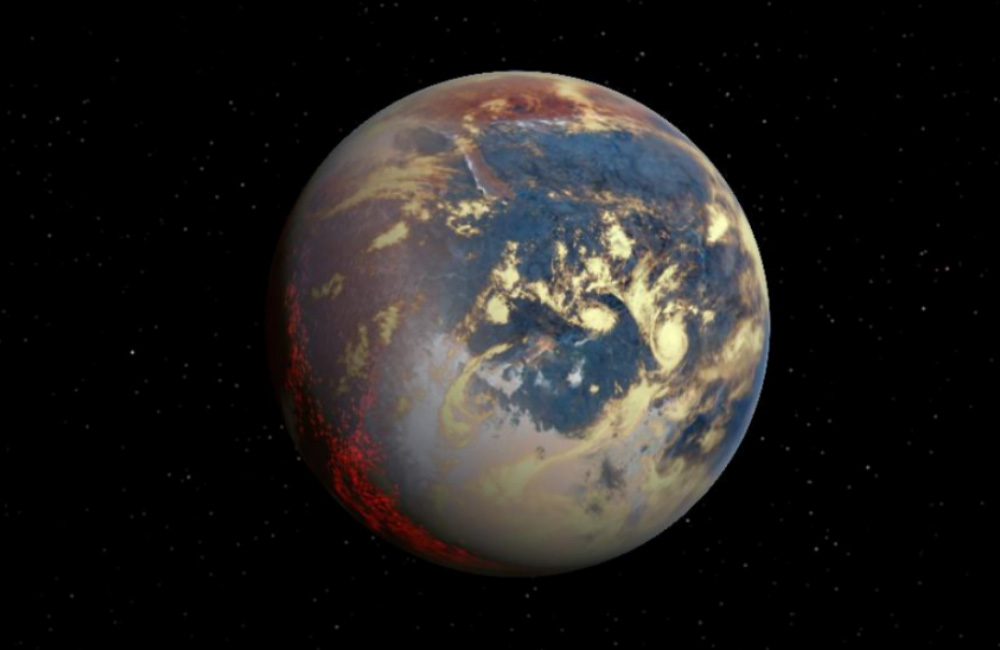 A super-Earth is a planet that is larger and heavier than Earth but smaller than the ice planets that patrol the outskirts of the Solar System. The latest super-Earth, G 9-40 b, was found in 2021, but the closest one to our Earth, 40 Eridani b, was discovered in 2018, a mere 16 light-years away.

In 2007, NASA’s Dawn space probe was launched towards Vesta and Ceres, two of the asteroid belt’s protoplanets, in hopes of discovering something groundbreaking. What it found was much more than just groundbreaking. Some might say that the findings were enough to “blow the top” off most theories. 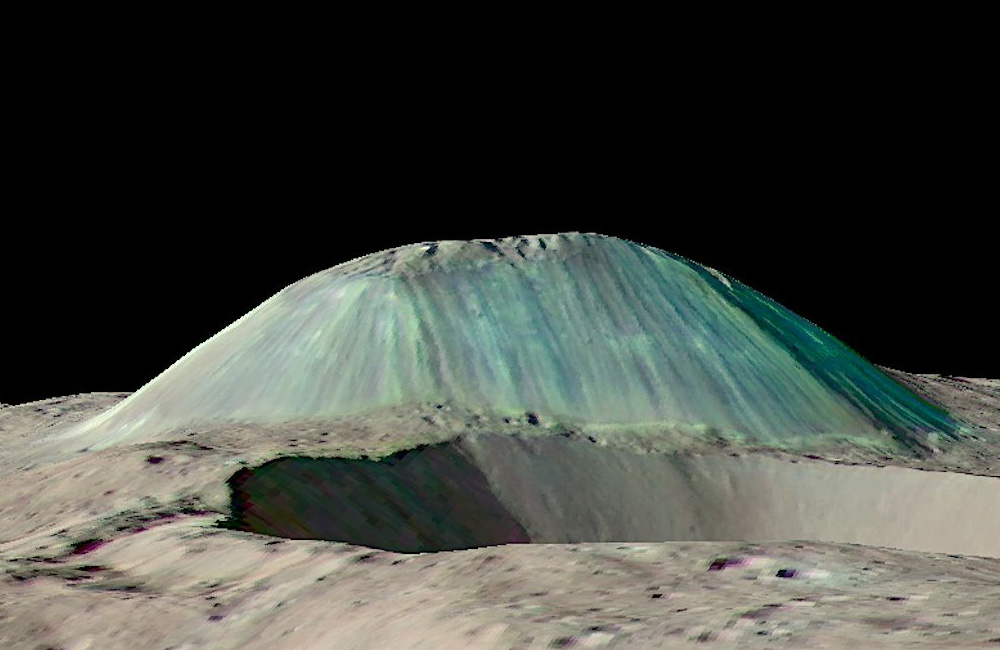 As it turns out, Ahuna Mons, a mountain near Ceres’ equator, is most likely a cryovolcano that, when active, will erupt with salty water and molten magma. However, being located in the depths of space and on an icy dwarf planet, the cryomagma solidifies almost immediately after being introduced to the frigidity of outer space.

It’s becoming more evident as the years go by that it’s only a matter of time before humankind is going to be forced to abandon spaceship Earth and find a far-off life-sustaining world to call home. As a result of this inevitability, astronomers have been hard at work searching the night’s sky for anything that resembles Earth. 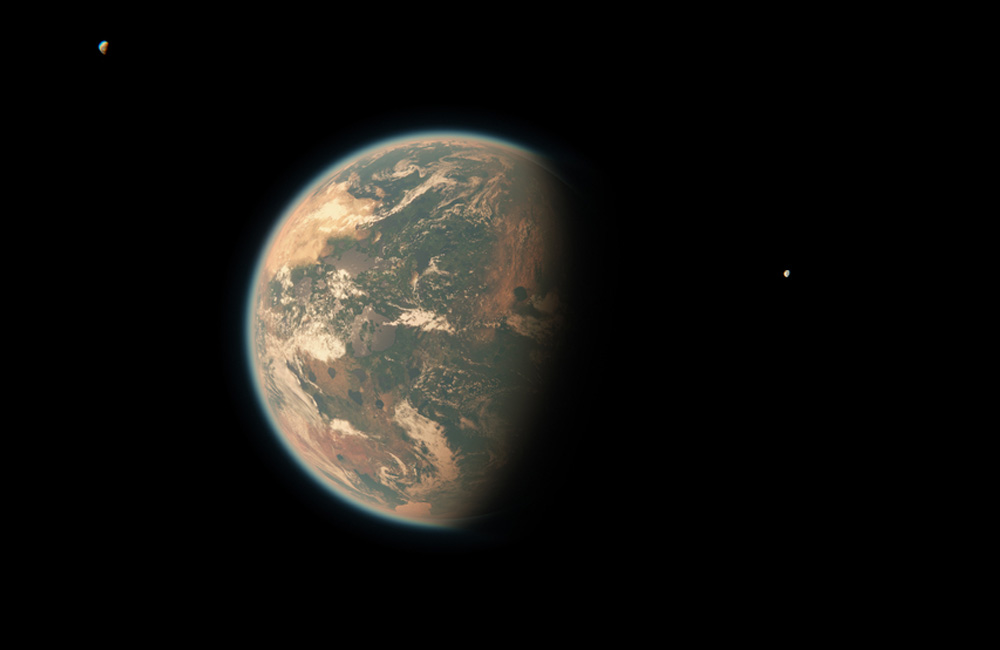 By using more than ten years worth of radical velocity data, in 2017, Xavier Bonfils found a possible “new Earth” (Ross 128 b) 11 light-years away. The only thing that’s known for sure about Ross 128 b is that its mass is around 1.35 times Earth’s, and it’s privy to 38% more light from its red dwarf than the Earth from the sun.

At a quick glance, the surface of Saturn’s moon, Titan, appears to be a frozen version of the Grand Canyon, but that couldn’t be further from its reality. Unlike the watery rivers that created Earth’s incredible wonder, Titan’s river, Vid Flumina, is made up of what appears to be liquid methane that has carved a path almost 250 miles long into the face of the ice moon.

The methane-filled river that’s been discovered on Titan is a far cry from the quality of anything that the Cheniere Energy would provide for its customers. Still, being the first liquid from the first canyons ever found on Saturn’s moon, it’s a pretty big deal for science.

Long considered to be one of the most terrifyingly unknown forces in the universe, nothing can escape from a black hole, not even light. In 2018, a team of astrophysicists working out of the Université de Montréal discovered something ten times larger and exponentially more dangerous, an “Ultramassive” black hole. 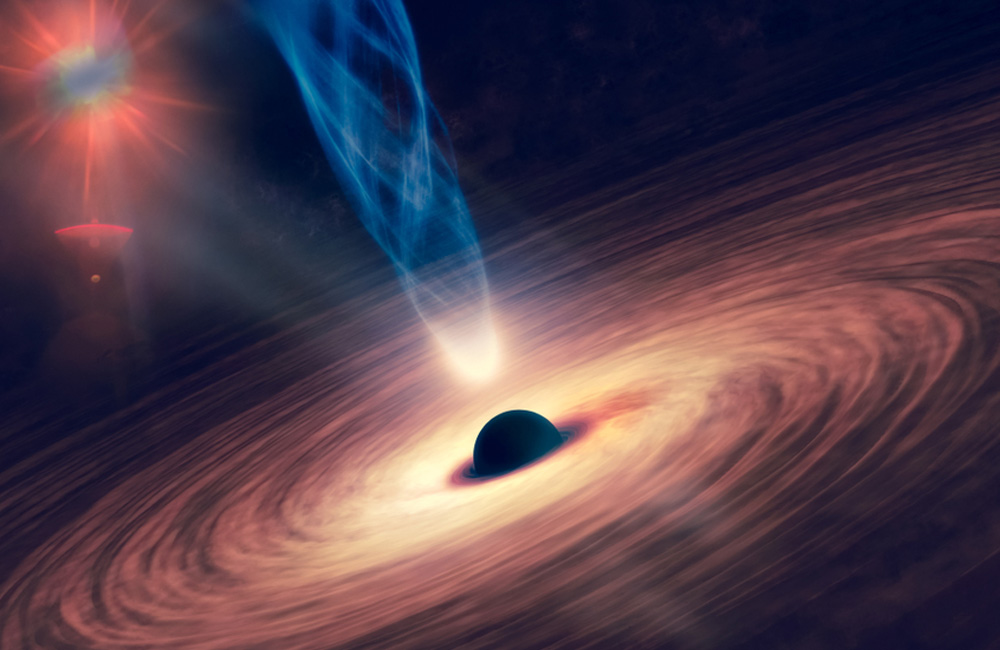 Using NASA’s Chandra X-ray telescope, the team was able to spot “Ultramassive” black holes around 10 billion times as massive as the Earth’s sun. Until recently, scientists believed that black holes grew along with their galaxies, but these “Ultramassive” ones appear to be growing at quicker rates than their stars.

Year Found: 2017
Who Found It: LIGO
Location: 130 Million Light-Years Away

Neutron stars orbit around one another in a spiral fashion until they eventually collide. This collision of stars is an event that only occurs once every 10,000 years and will usually have one of two outcomes. It will either result in the formation of a heavier neutron star or the collapse of the stars and the creation of the ever-daunting abyss known as a black hole. 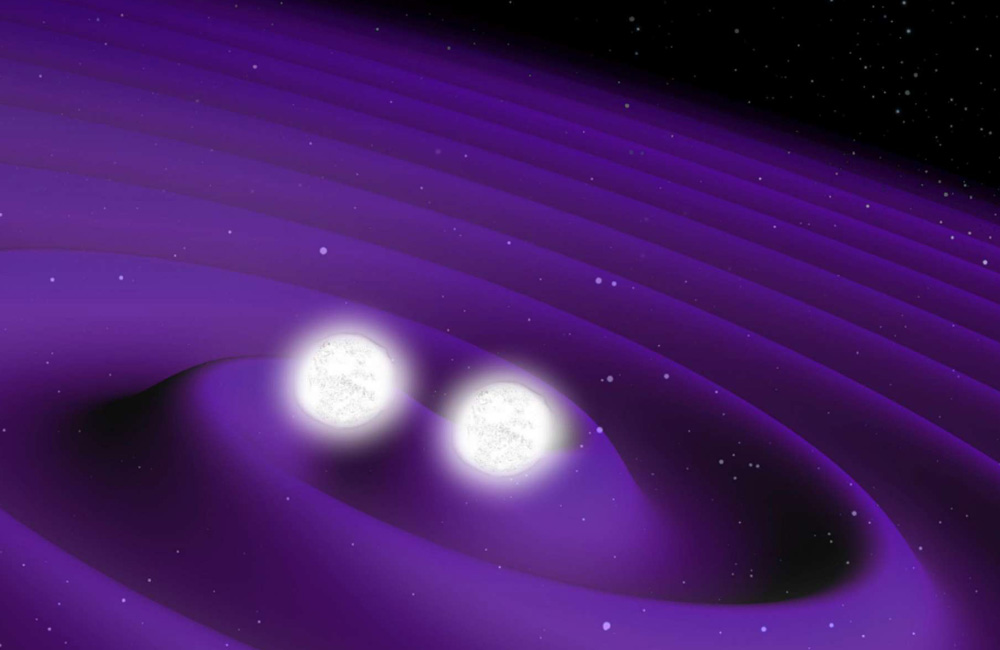 In the case of the stars collapsing into themselves and creating a black hole, a ripple through the space-time continuum can be felt by everything within range of its magnetic field. In August of 2017, the Advanced Laser interferometer Gravitational-Wave Observatory (LIGO) picked up on the first known occurrence of this happening.