Everyone, to some extent, appreciates art. Whether you are a season-pass holder at your local museum or a casual observer, paintings and other works of art have impacted your life in one way or another. Not only is art societally-meaningful, it is also very lucrative.

The paintings on this list have all been auctioned off for eight or nine figures, selling for numbers that look like the monthly revenue of companies like Apple and Google. Chances are, you’ll recognize some of the artists’ names on this list, as their pricey paintings have remained iconic images throughout the centuries.

Salvator Mundi (“Savior of the World”) is a painting attributed to Leonardo da Vinci, and it is long-thought to be a copy of an original. The painting was rediscovered and restored a decade ago, and it was displayed at London’s National Gallery. There is still heated debate over whether Salvator is authentic or not. 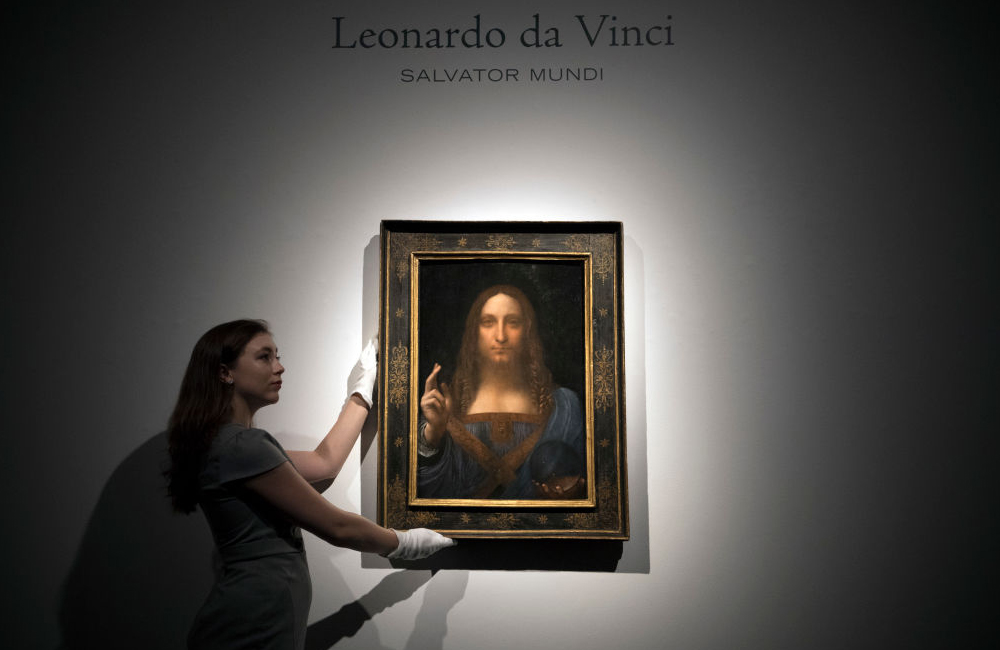 Da Vinci is another artist who has seen his works reproduced at stores like Walmart, but, once again, the original art reigns supreme, as far as price goes. In 2017, Christie’s sold the painting for $475 million to Prince Badr bin Abdullah. As you can imagine, this set a record for the priciest painting ever sold at a public auction.

Nafea Faa Ipoipo? (When Will You Marry?) is an 1892 oil painting created by Paul Gauguin. The French post-Impressionist’s work was on loan to a museum in Switzerland for nearly fifty years until it was sold privately from the Staechelin family to Sheikh Hamad Al-Thani in 2015 for $229 million. 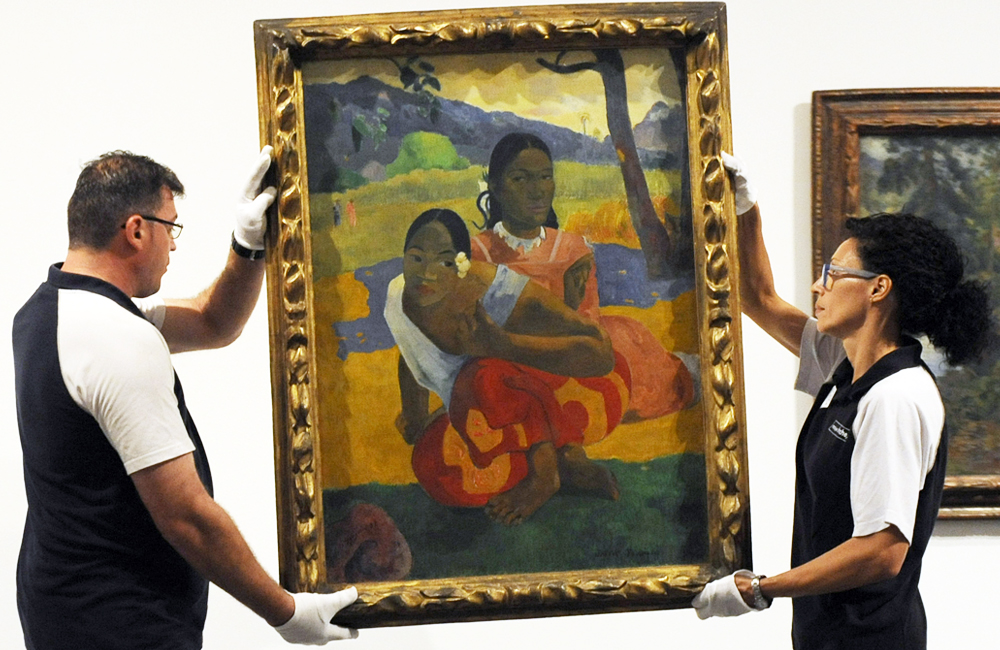 If you Google Gauguin now, there are millions of results, but he never achieved that fame until after his death. He went unappreciated until after he died, and, now, he is recognized for his brilliant use of color and his Synthetist style. Near the end of his life, he spent much time in French Polynesia, and many of his works, such as Nafea, were inspired by the people he met there.

Painted by famed pop artist Roy Lichtenstein, Masterpiece is a tongue-in-cheek painting that uses the artist’s classic Ben-Day dots. There is even a narrative content that is quite fortuitous, as the painting did have the art world clamoring, so much so that the painting became a record-setter. 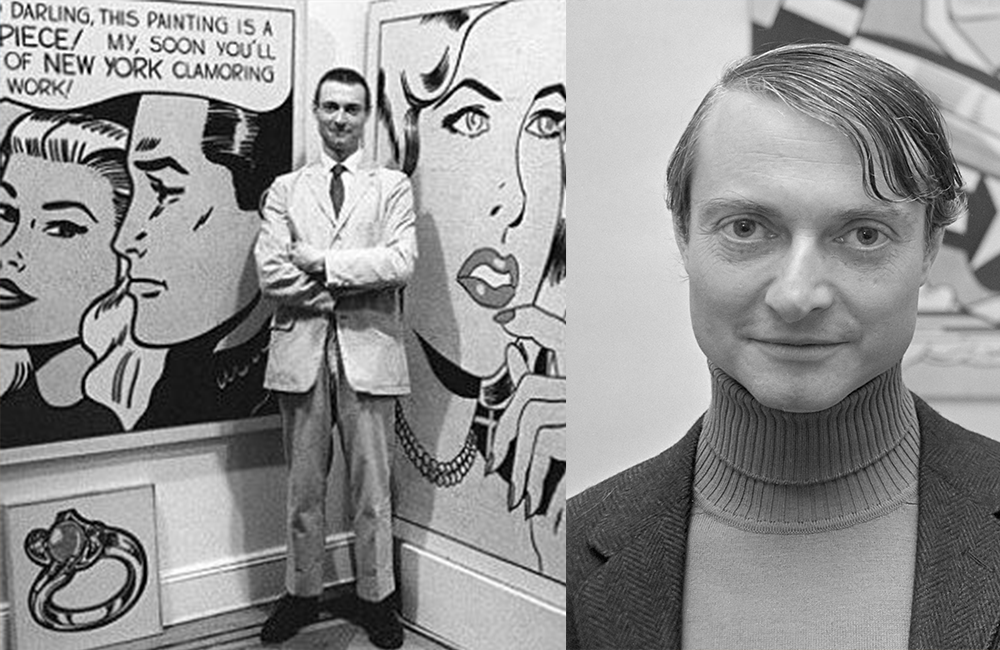 This witty, prescient, Marvel-like painting sold at auction in 2017 for an inflation-adjusted price of $174 million. The proceeds of Masterpiece’s sale were used to start a fund called Art for Justice, which deals with contemporary social justice issues. Steven Cohen, a billionaire hedge fund manager and avid art collector, was Masterpiece’s purchaser.

When artist Jasper Johns was in his mid-twenties, he was discharged from the Army. After that, he painted Flag, an encaustic work. The painting was one of many that Johns created out of an inspiration to redesign the American flag. Flag is arguably the piece for which the painter is best known. 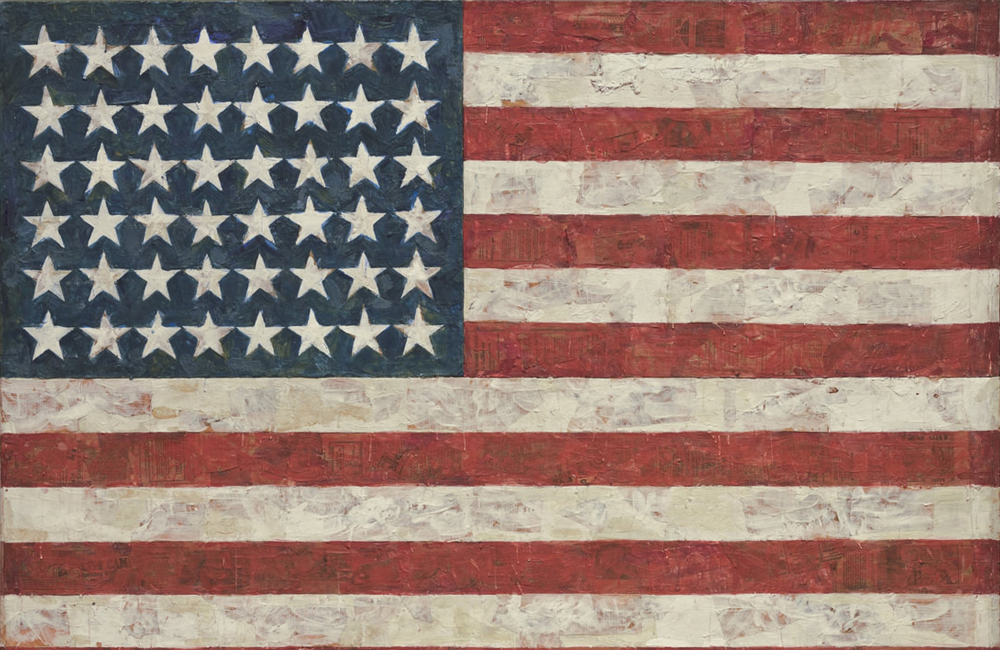 Johns, described as an “American legend” by The New York Times, created more than forty works based on the American flag. This version, completed in 1958, was the most expensive painting ever sold by a living artist in 2010 when Steven Cohen bought it for $130 million.

Garcon a la Pipe (Boy with a Pipe) was painted by Pablo Picasso in 1905. The oil-on-canvas work of art was created when Picasso was twenty-four during his Rose Period, which took place after the famed artist settled in Montmartre, Paris. The painting shows a Parisian adolescent wearing a garland of flowers as he sits smoking a pipe. 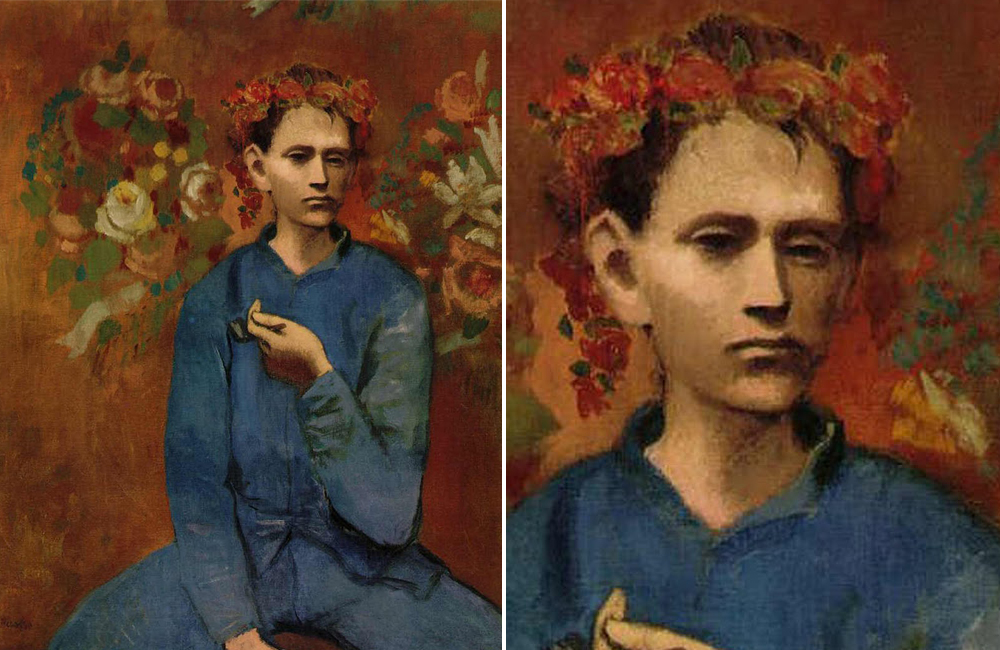 Picasso, the subject of a National Geographic documentary titled Genius, based his work on a real-life boy named P’tit Louis, who tragically died at a young age. In 2004, Garcon sold at a Sotheby’s auction for $142 million, making it Picasso’s fifth-highest-selling piece.

Jackson Pollock is one of the most famous abstract artists of all time, and his paintings have sold for hundreds of millions of dollars at auction. No. 5, 1948 was completed in the post-WWII era, and it featured black, white, red, gray, and yellow overlapping in layers that covered the entire surface area.

The abstract expressionist painting sold on May 22, 2006 for $140 million to a private collector in New York. At the time, this was the highest-price ever for a painting, and that record was not broken until 2011. Before it was sold, one of its owners was billionaire David Geffen. 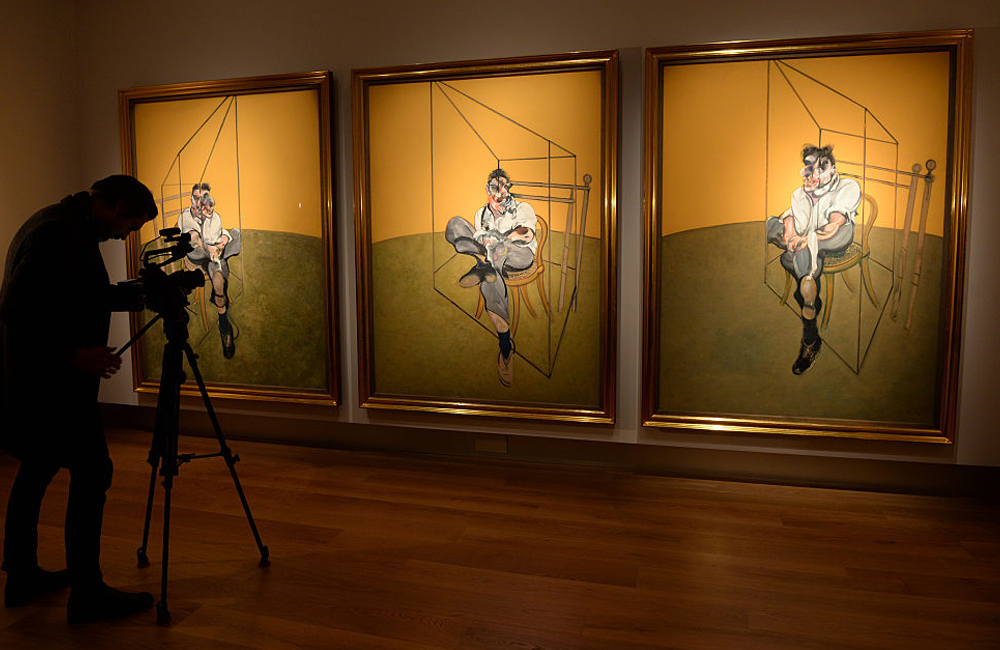 In November of 2013, Three Studies sold for $142.4 million. If you don’t factor in inflation, this was, at the time, the highest price a painting ever made at auction. As always, that record was surpassed shortly after when, in 2015, Les Femmes d’ Alger “Version O” sold for a higher amount in May of 2015.

The Scream is another painting that has had a colorful history (it has been stolen twice, for example, once in 1994 and again in 2004). The Scream is one of the most famous paintings of all time, regardless of genre. Painted by Edvard Munch, a Norwegian artist, in the late 1800s, The Scream symbolizes the human condition in all its anxiety.

In 2012, two thefts later, The Scream was back into lawful hands and up for sale at a Sotheby’s of London auction. The bidding began at $40 million, and it ended twelve minutes later when Leon Black, an American businessman, set down the final offer of $120 million (now $135 million, adjusting for inflation). Sotheby’s commented on the impressive price, saying that The Scream was “worth every penny.”

Paul Cezanne painted this series of oil paintings, titled The Card Players, during his final period in the mid-1890s. There are five paintings total in The Card Players, and they vary in setting, size, and the number of players. In 2011, the Royal Family of Qatar purchased one version of the set for $288 million. 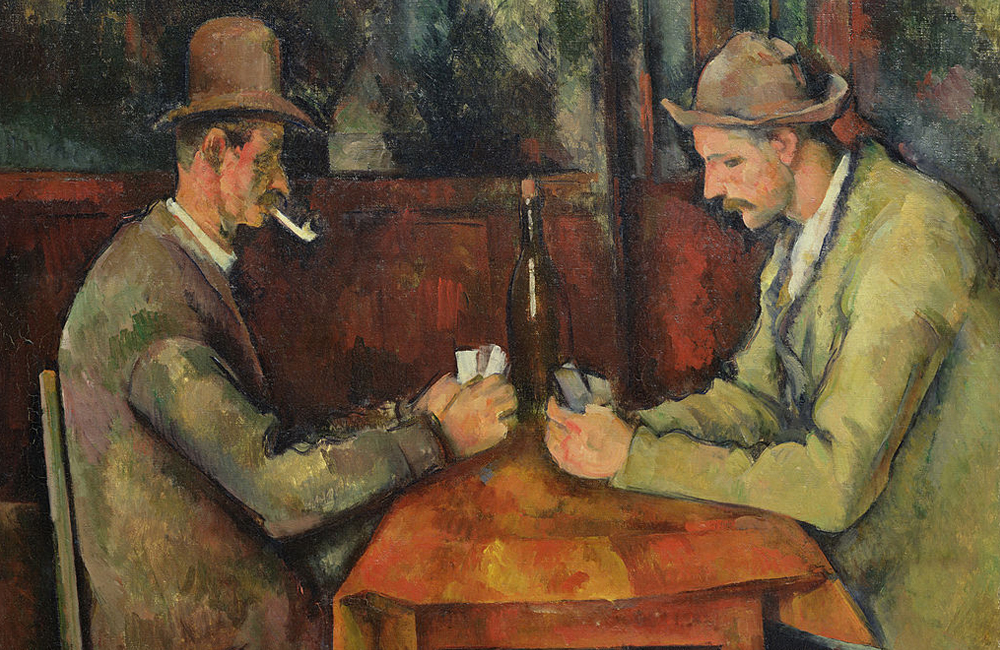 It was sold from the personal art collection of George Embiricos, a Greek shipping tycoon. Fun fact: the models for this Cezanne painting were local farmhands, many of whom worked for the artist’s family estate. Some experts speculate that the players’ absorption into their cards is symbolic of Cezanne’s absorption into his art.

Qi Baishi made history in 2017 when he became the first-ever Chinese artist to crack the $100 million ceiling at auction. His painting, Twelve Landscape Screens, was a set of ink-brush panels created in a traditional Chinese art form. It sold for $140.8 million at Poly Beijing, marking the highest price ever paid at auction for a work of Chinese art. 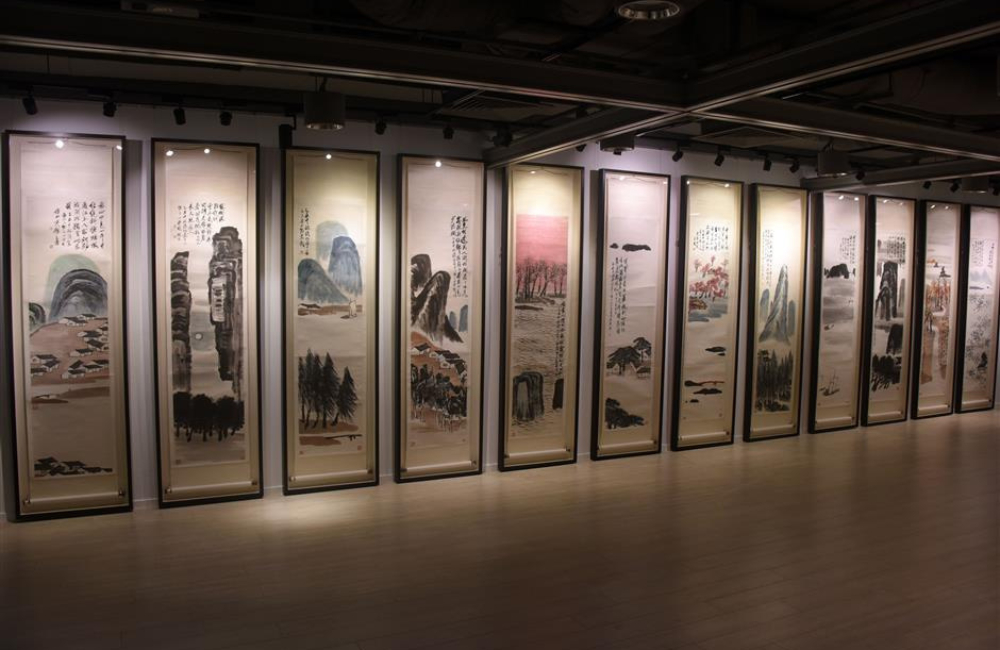 According to art expert Leon Wender, the bidding for Twelve was “frenetic” and conducted completely over the phone. The painting was completed when Baishi was sixty-two years old, and Poly Beijing said that it is his largest, “most expressive” work of art.

Les Femmes d’Alger is a series of fifteen drawings and paintings by Pablo Picasso. The series was completed between 1954 and 1955, and it was a tribute by Picasso to artists whom he admired. “Version O” was the final painting in the series, finished in 1955. 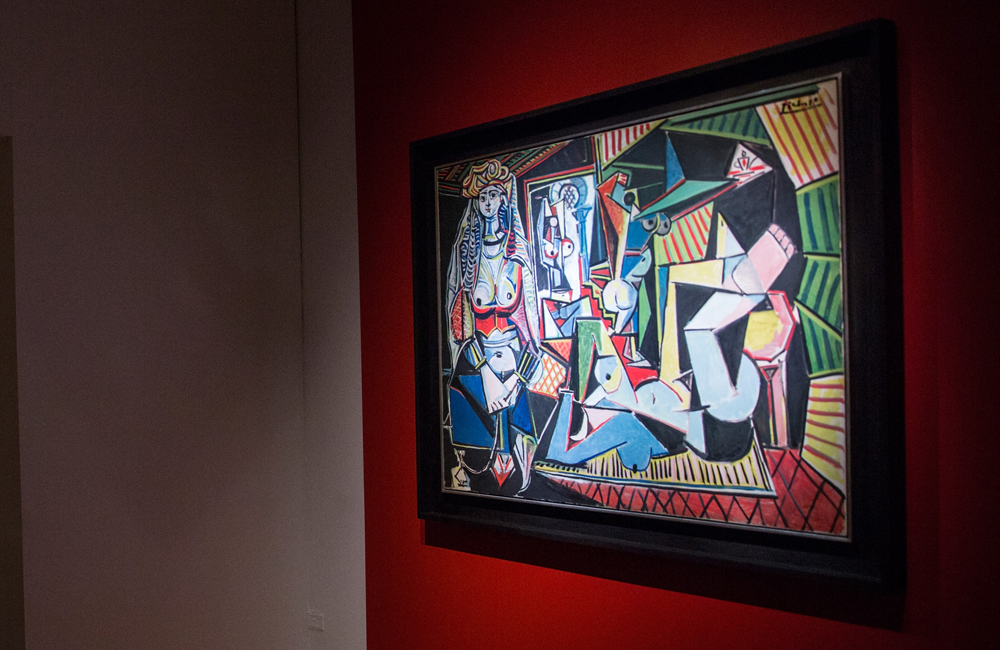 In 1997, it sold for $31.9 million from the Ganz Collection to a private Saudi collector. In 2015, Christie’s auctioned “Version O” off a second time, and it sold for $195 million, setting a record well above the expected pre-sale estimate of $140 million. Hamad bin Jassim bin Jaber Al Thani, the former Prime Minister of Qatar, was the purchaser.

At the time of which Water Serpents II, the second in Gustav Klimt’s two-part series, was completed, it was a controversial painting. Its controversy came not only from its subject matter but also from its history. For example, during WWII, the Nazis stole it. W.S. II was also one of the pieces of art implicated in the Bouvier Affair. 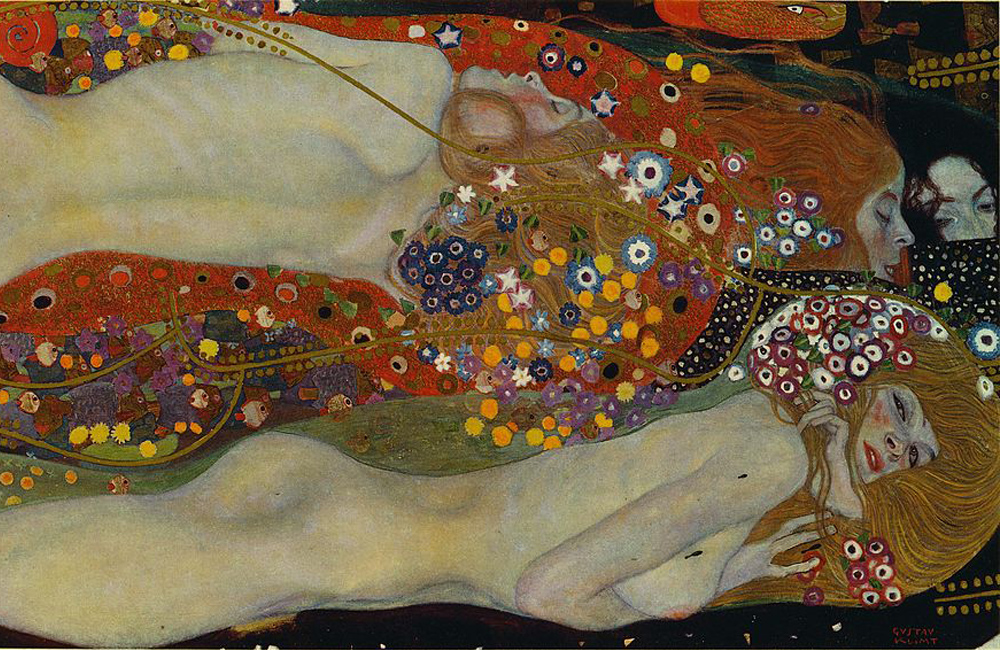 Dmitry Rybolovlev, one of Bouvier’s scorned clients, was the original purchaser of this work of art, and the Swiss dealer reportedly conned him out of $75 million when he bought it. In 2015, likely to recoup some of his losses, Rybolovlev sold II for $204 million to a Qatari princess. Water Serpents II, currently, is unavailable for public viewing.

Woman III, painted by abstract expressionist Willem de Kooning, was one of six paintings completed in the 1950s in which the central theme featured a woman. III was finished in 1953, and, between 1970 and 1979, it was on display at the Tehran Museum of Art. After the 1979 Revolution, the government banned Woman III from being seen by the public.

In 1994, David Geffen traded a sixteenth-century Persian manuscript, Shahnameh of Shah Tahmasp, to Thomas Amman Fine Art for Woman III. Over a decade later, Geffen sold the painting to Steven A. Cohen, his fellow billionaire, for $176 million.

Nu Couche (Red Nude) is one of Amadeo Modigliani’s most exhibited and widely-produced paintings. Nu Couche was finished in 1917 at Modigliani’s first art show, which was shut down by the police because of the subject matter of his paintings. The show, at Galerie Berthe Weill, would be Modigliani’s only one.

Nu Couche was sold on November 9, 2015 by Christie’s New York for $186 million. Liu Yiqian, a Chinese taxi-driver-turned-businessman, purchased the painting with his AmEx card. In its notes for the sale of Nu Couche, Christie’s credited the painting with reaffirming and reinvigorating nudity as a subject of modernism.