Movie making is an expensive business. It’s not unheard of for projects to cost hundreds of millions of dollars to complete thanks to intricate sets, logistics, and props. That being said, not every single prop you see in a movie is made exclusively for that production. Some are borrowed from the vaults.

In fact, some of the most iconic pieces of cinema history aren’t originals at all but loaned from previous projects. From the submarine used in Raiders of the Lost Ark to the infamous Batmobile, filmmakers have saved a fortune by digging through storage and repurposing seriously expensive props.

The Scary Movie franchise is infamous for parodying the most popular movies around, so it’s hardly surprising that the fourth installment took aim at Steven Spielberg’s 2005 endeavor, War of the Worlds. The movie did exceptionally well at the box office, taking $603 million against a $132 million budget. 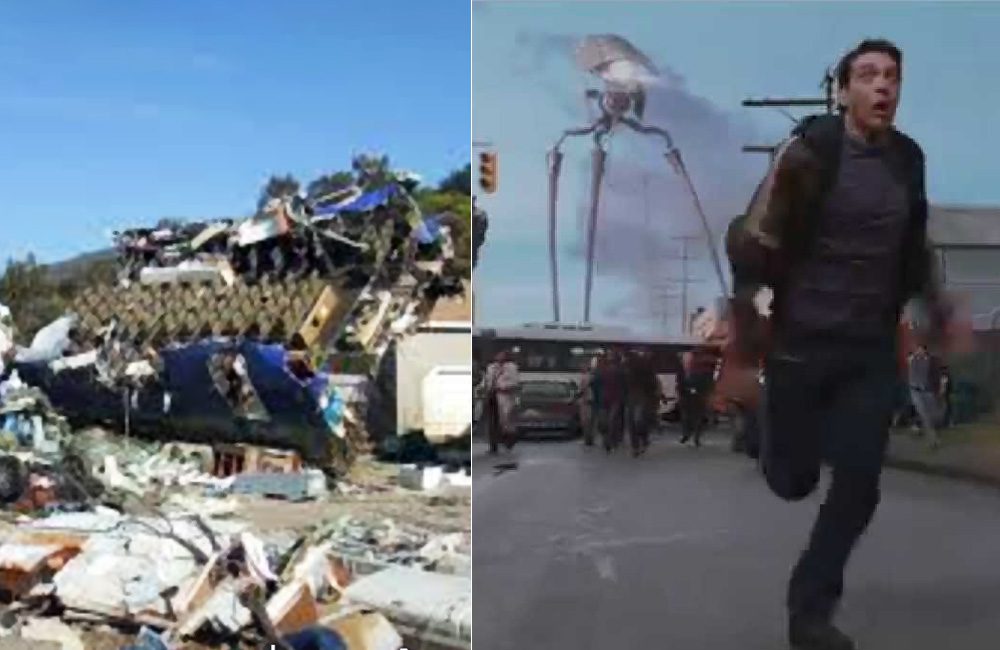 Of course, a decent amount of the budget went toward creating the sets, including one of a plane crash. Scary Movie producers ended up using the exact same set again for a parody scene in the movie, which likely saved the Disney Buena Vista production hundreds of thousands.

There’s a reason why science fiction movies are often incredibly expensive to make. They involve tech, landscapes, and spaceships that don’t exist yet so they have to be made entirely from scratch. Stanley Kubric featured EVA pods in his influential movie 2001: A Space Odyssey way back in the ‘60s. 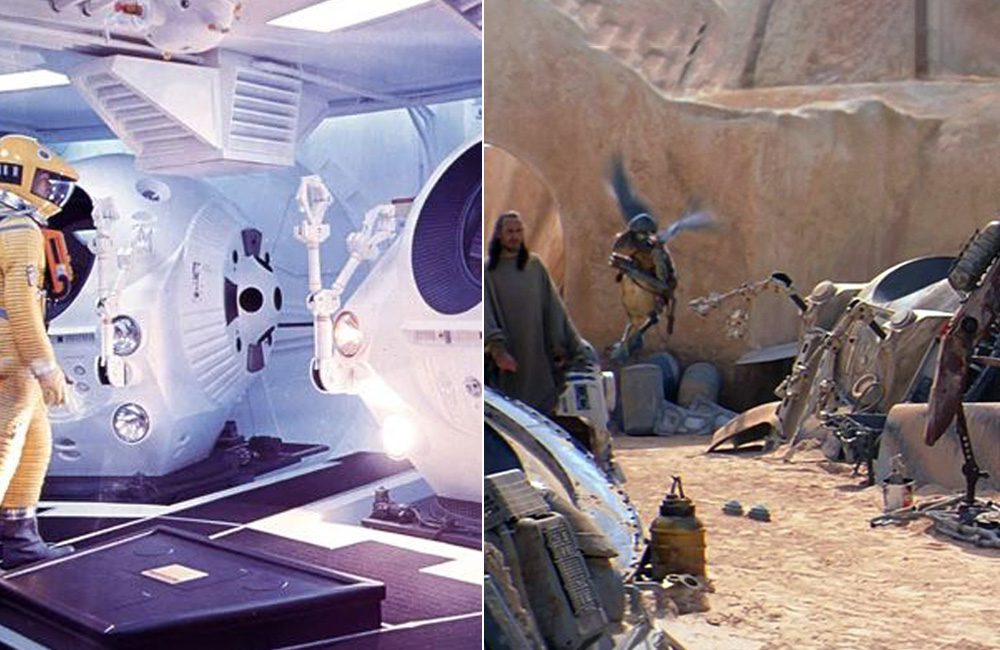 The director certainly didn’t think they would be in another movie. In fact, Kubrick was so protective of his work that he always ordered sets and props to be destroyed once it was completed. Little did he know that shortly after his death, the EVA pod would make an appearance in 1999’s Star Wars: Episode I – The Phantom Menace in a junkyard scene.

What do Predator and Terminator 2 have in common? Aside from being action capers with one heck of a reputation, not much – at least, so you would think. In actuality, the same minigun is used in both of the movies, linking these two projects forever. 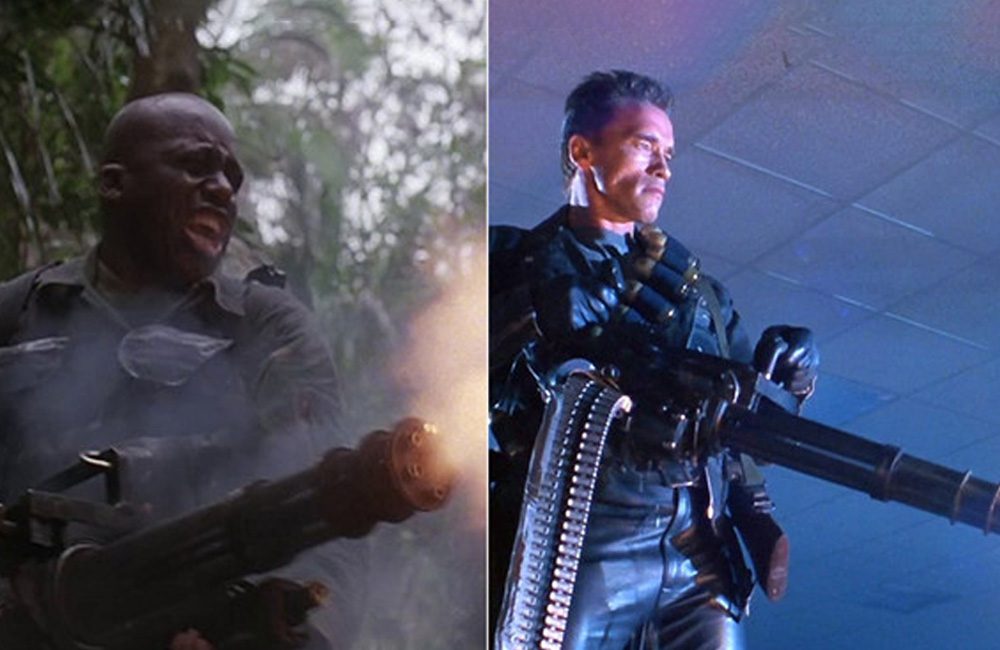 In the famous scene where Mac takes aim at the forest and shoots blindly in the hope of hitting the Predator, he uses a small but powerful mini machine gun. Years later the same prop gun was used again, this time by Arnold Schwarzenegger’s Terminator in Terminator 2: Judgement Day. That’s a small but not insubstantial saving for the team at Sony Tri-Star.

A movie set is made up of all sorts of props. Some are just for show, while others are more important. The smaller ones often go unnoticed as viewers focus on what’s unfolding between characters. For instance, did you know that there is a specially-made newspaper that has been featured in countless movies and TV shows, including Casper? 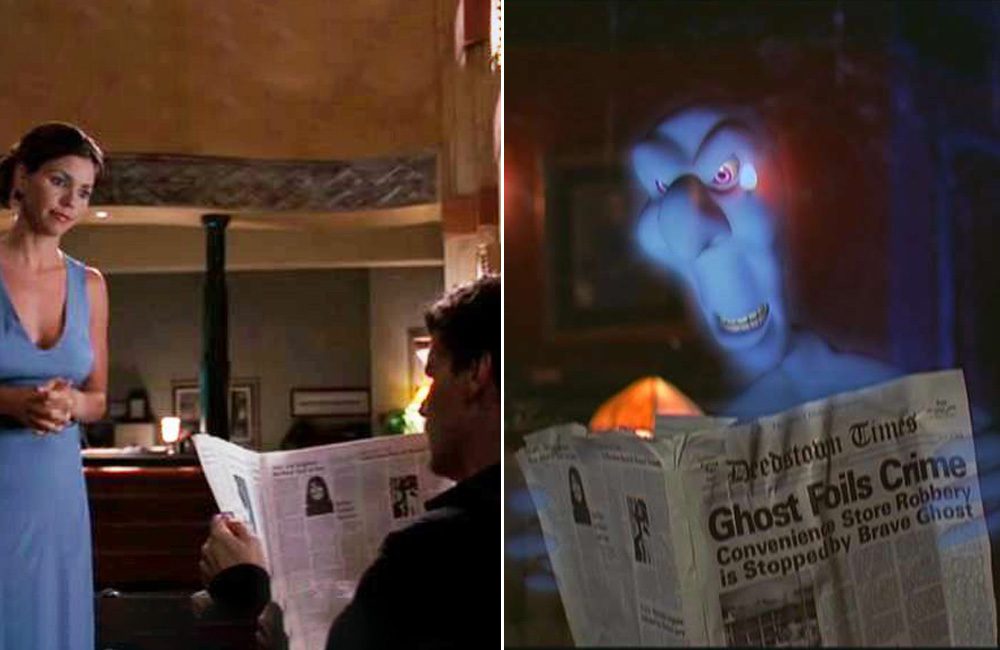 The newspaper is actually the creation of a company called The Earl Hays Press. The specialty prop makers designed this newspaper years ago so that productions didn’t have to use real papers and seek out permission to use it from the publisher. Now you know, you’ll spot it everywhere.

1988’s Die Hard is one of the best action movies of all time, but it all starts with a teddy bear. John McClane is spotted with the big cuddly teddy in the opening scenes, hoping to give it to his children. That doesn’t exactly work out for McClane, but the bear’s 15 minutes of fame doesn’t stop there. 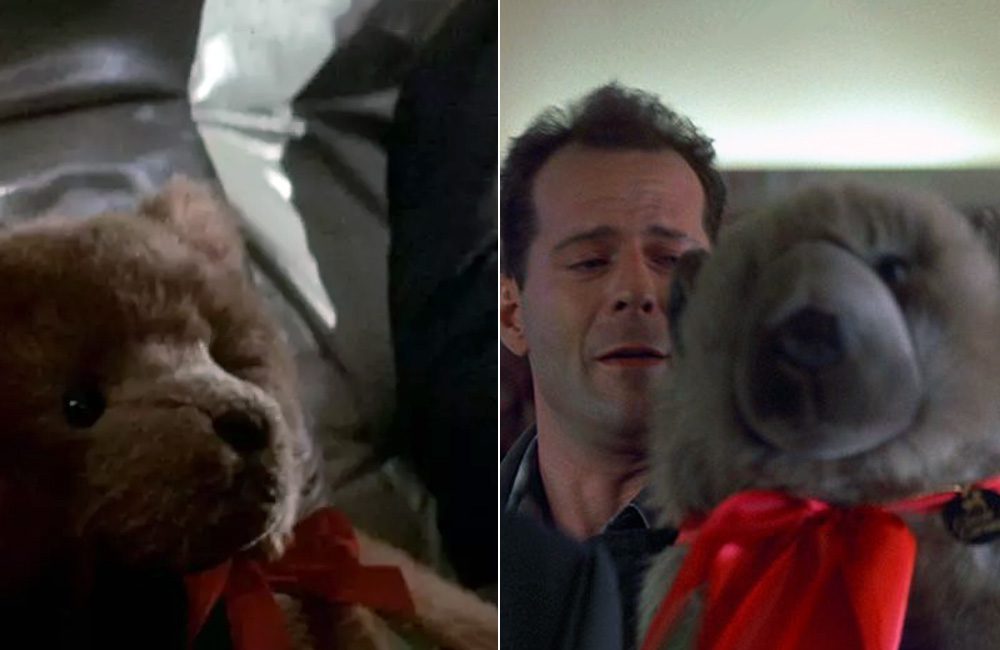 Director John McTiernan used the bear again for his next movie, 1990’s The Hunt for Red October. This time, the bear gets to take a ride on an airplane next to Alec Baldwin’s character Jack Ryan. His destination? Another child waiting at home for their papa.

The adventures of Marty McFly and his time-traveling companion Doc are part of Hollywood history, but did you know that a small prop used in the movie was as well? In the end scenes, Doc inserts matter into a machine marked as Mr. Fusion to give the DeLorean what it needs to get moving. 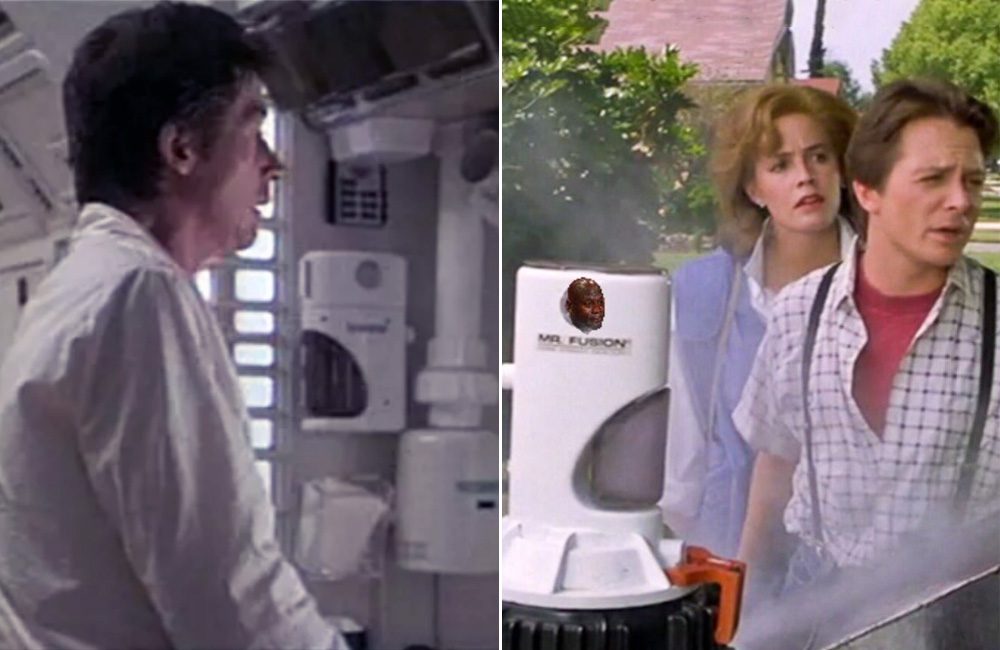 Back To The Future's Coffee Grinder @phyvonen / @schiffhappens / Twitter.com
Advertisement

The white appliance is actually a Krups coffee grinder that was made to look futuristic, but it wasn’t its first foray into sci-fi. Back in 1979, the same item was used in Alien as a kitchen appliance attached to the wall on the spaceship. When it comes to props, this one has been everywhere, from Disney’s Fox to Comcast’s Universal.

There are tons of things that they made specifically for Ghostbusters that would be a little bit difficult to use in other movies. After all, some of the props are so out there that you would never see them working in a normal non-haunted project. Interestingly, Dr. Egon Spengler’s P.K.E meter doesn’t fall into that category. 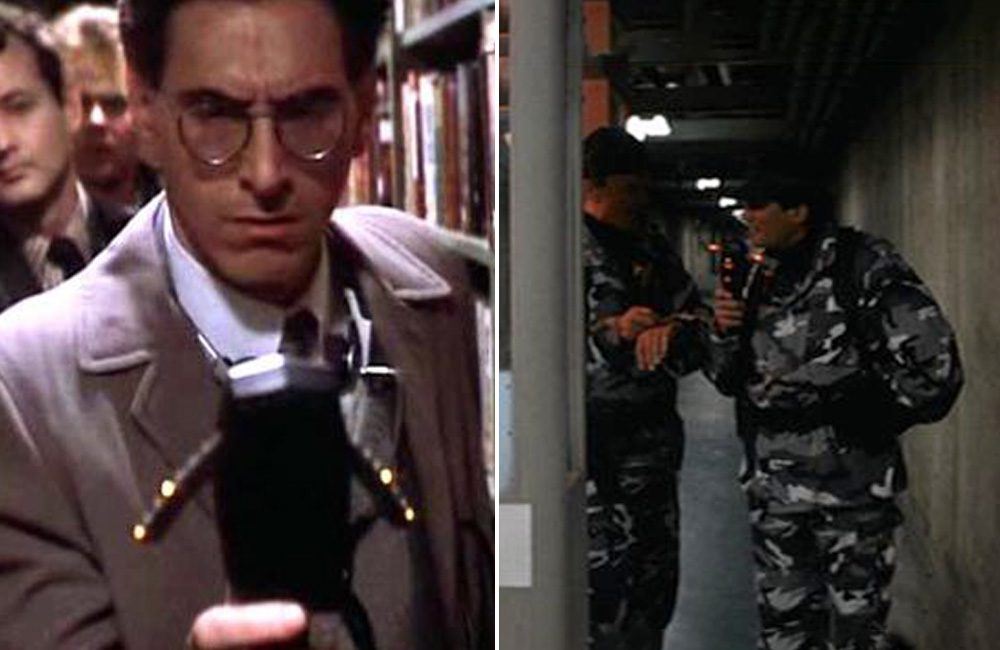 The hi-tech gadget the doctor uses to measure Psycho-Kinetic Energy actually went on to have an afterlife of its own in movies like They Live and Suburban Commando. In They Live, the device helped track down alien life, so it wasn’t too far removed from its original purpose.

Ridley Scott was tasked with creating all sorts of futuristic props and sets for Blade Runner. It was no easy task. In fact, at the end of shooting, Scott was so adamant about not seeing any of his specially-made props in another movie that he ordered them destroyed. He missed one thing, though. 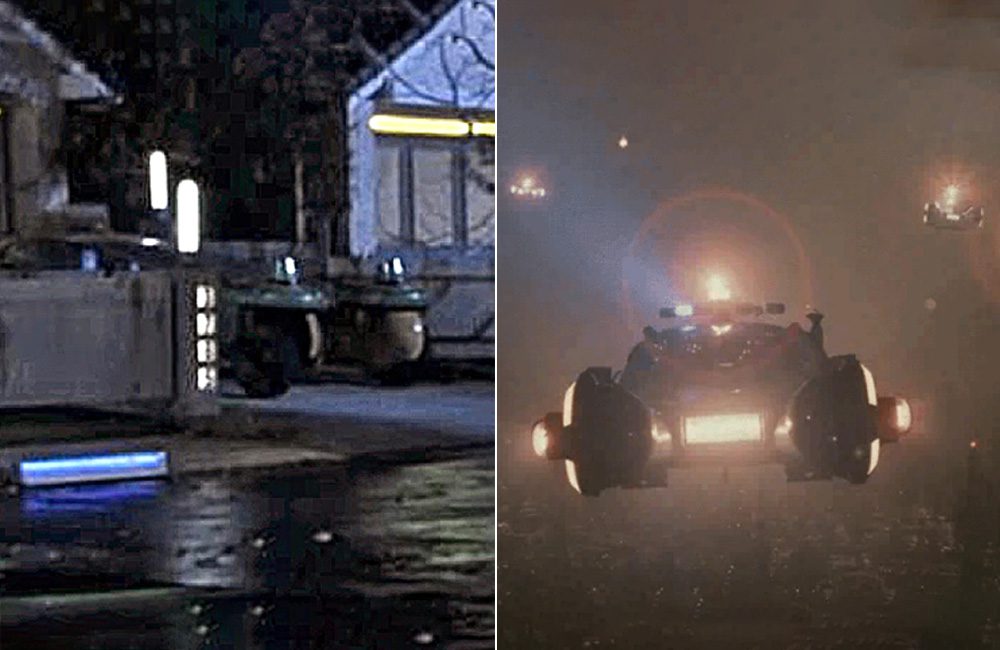 The Spinner, aka the flying police car from the movie was saved from oblivion by designer Gene Winfield. Winfield went on to use the Spinner (albeit as a non-flying vehicle) in Back to the Future II. Only eagle-eyed fans would have noticed this one.

The armor from Starship Troopers has been re-used so many times it’s almost a long-running joke in filmmaking, although some would argue it’s the mark of a great prop. The helmets and body armor from the 1997 movie eventually made their way into several other projects, including Tim Burton’s 2001 movie Planet of the Apes. 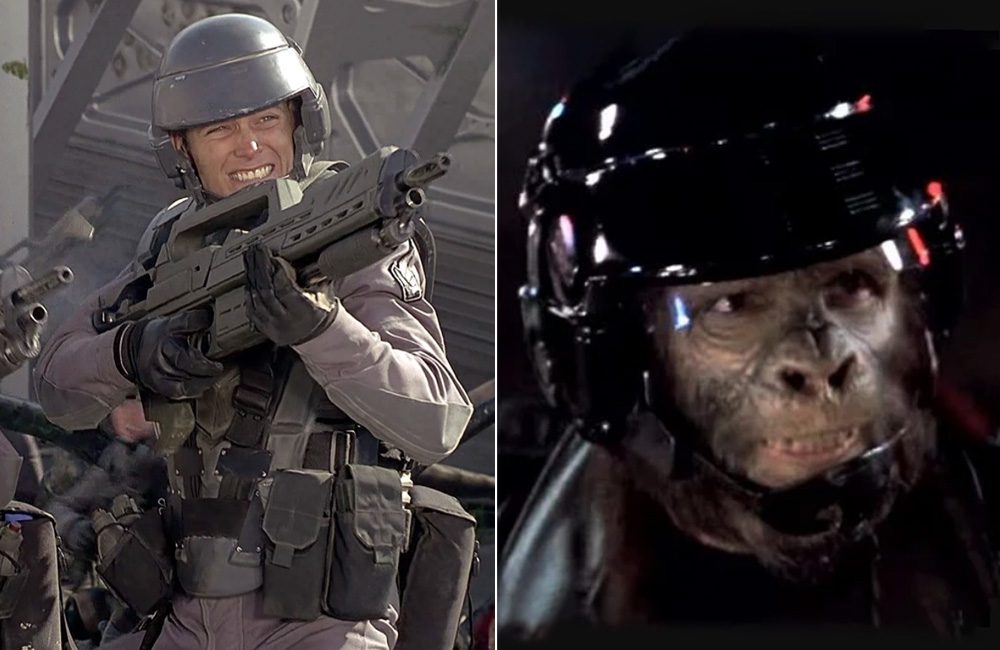 Burton used the helmets for the money SWAT team, painting them black to give them an original feel. Director Joss Whedon also used them later on in 2002 for his short-lived TV show Firefly.

Considering just how many Star Trek movies there have been over the years, it’s almost impossible to believe the first movie wasn’t released until 1979, ten years after the original show came off air. When the ball got rolling, it spawned a sequel called The Wrath of Khan. 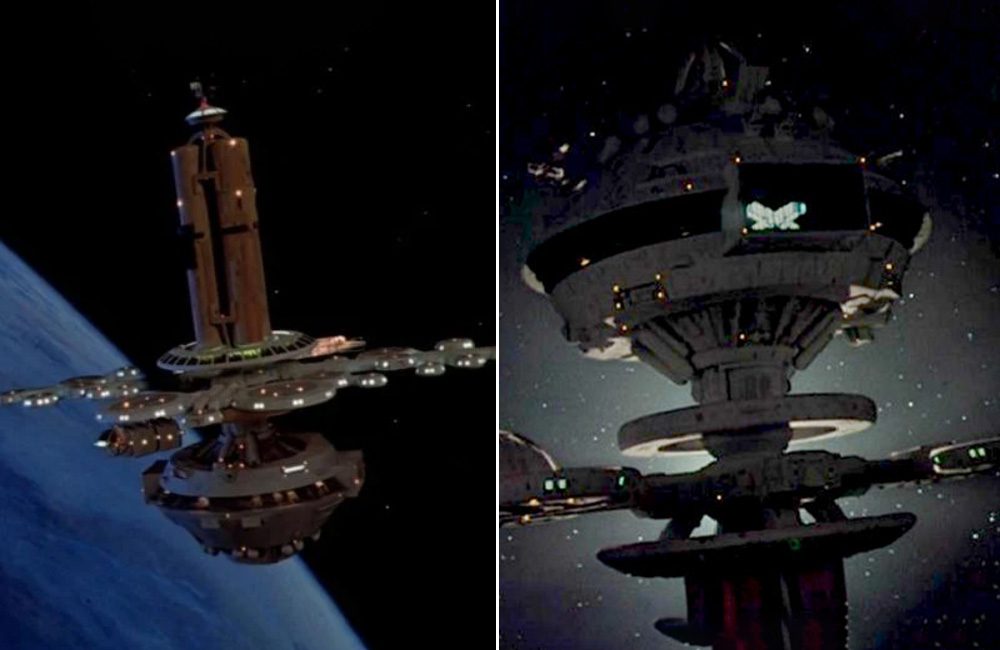 Of course, sci-fi movies aren’t cheap to make. Instead of creating completely new models for each scene, producers decided to repurpose one. They simply turned it upside down to make it look like a different design, saving themselves a pretty penny in the process.

Also Appears In: Spider-Man, Drag Me To Hell, Army of Darkness, and more
Estimated Savings: $5,000*

Lots of directors have their trademark quirks that make them unique. For Tarantino it’s feet, but for Sam Raimi, it’s his Oldsmobile Delta. The filmmaker first bought the car in the ‘70s during his college days and decided to keep it. Since then, he’s used it in many of his films. 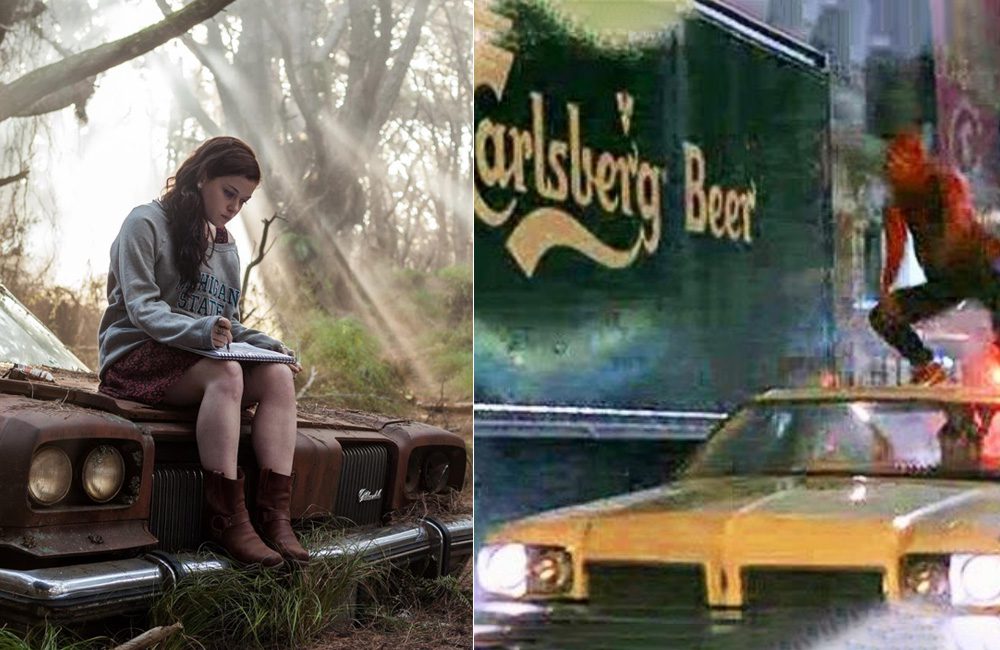 The car appears in Spider-Man, Drag Me To Hell, Army of Darkness, and more. In some movies, it looks a little more beat up than in others. In the Evil Dead remake, it was a broken-down rusted wreck. In The Quick And The Dead, it was hidden under a wagon chassis.

There have been many different Frankenstein movies over the years, but 1931’s Frankenstein was one of the very first. The serious caper had its lab designed by prop master Kenneth Strickfaden, who later ended up hiding it away in his garage after filming had wrapped. 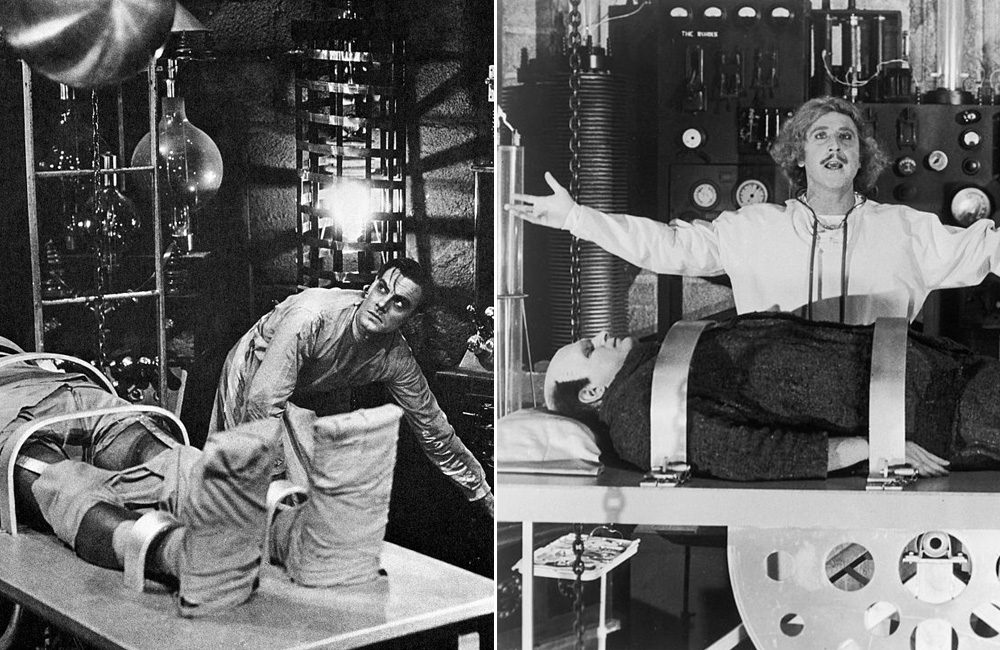 Thank goodness Strickfaden had the foresight to store it, as when Mel Brooks decided to make Young Frankenstein in 1974 he simply borrowed it. There was no need to make all the complex dials and machinery from scratch as it still existed. While Young Frankenstein was not a hard-hitting movie, it certainly looked the part.

Also Appears In: Various
Estimated Savings: A lot of time and negotiations

Having real brand-name products in movies and TV shows can be beneficial to the budget as some companies will pay to have them used. However, this is a complex process that requires negotiation. In most cases, it’s easier just to create something from scratch. Viewers usually don’t notice the difference. 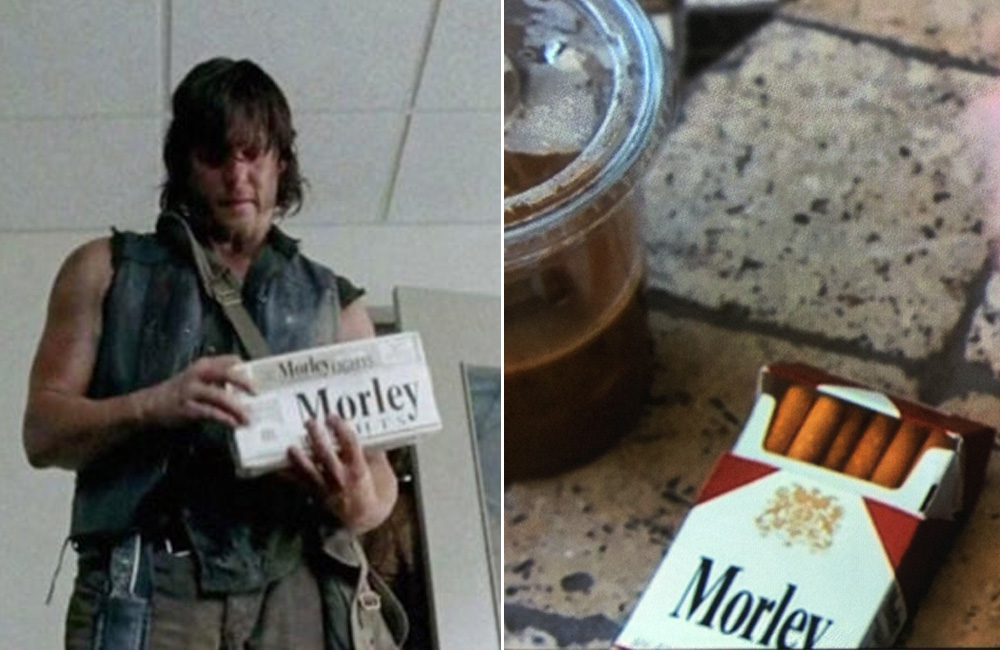 Such is the case with Morley cigarettes. This fake brand created by The Earl Hays Press has appeared in many different projects over the years, from 1960’s Psycho to 2019’s El Camino and even The Walking Dead. When Chandler starts smoking again in Friends, his chosen brand is Morley.

It may not seem like it by today’s standards, but back in the ‘60s, Star Trek was cutting edge TV, using the latest computer tech and methods to bring other worlds to life. This was reflected in the budget, which equates to over $1 million per episode when adjusted for inflation. 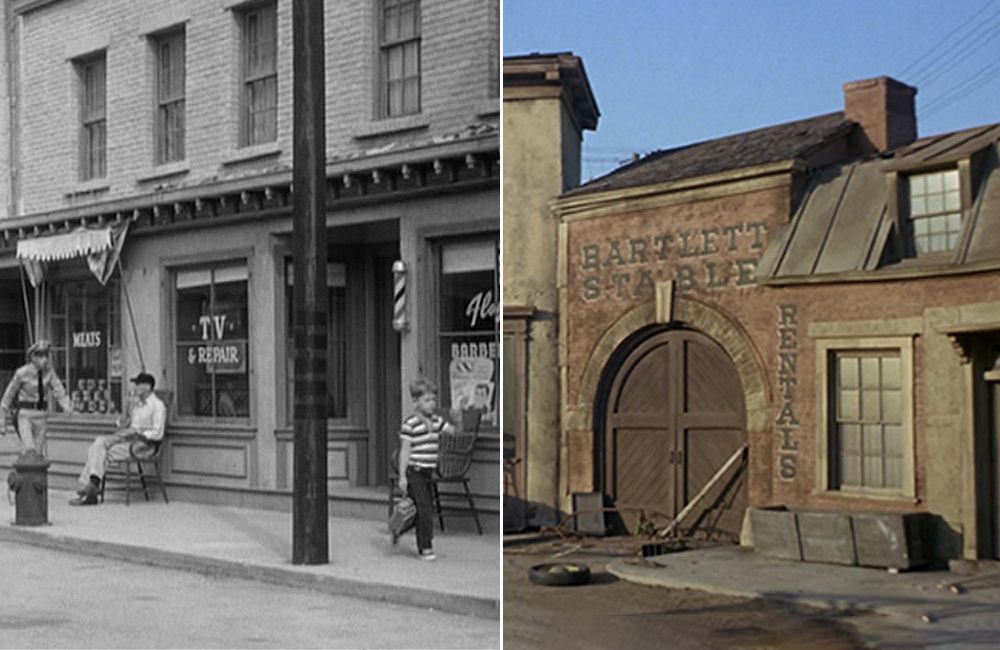 That being said, if money could be saved, the network was all for it. In one 1966 episode, Kirk and Spock find themselves on an alien planet that resembles one just like Earth. In fact, the town they land in is the exact set of Mayberry from The Andy Griffith Show which was on air at the same time.