DUBAI (Reuters) -Abu Dhabi locked in $3 billion on Wednesday with its second bond sale of the year for which it received more than $9.75 billion in orders for two tranches, a bank document showed.

The emirate sold $1.75 billion in 10-year bonds at 63 basis points (bps) over U.S. Treasuries (UST) and $1.25 billion in 30-year paper at 3%, settling at the lower end of final price guidance, the document from one of the banks on the deal showed.

Gulf governments are seeking to lock in funding while rates remain at historic lows, despite a rebound in oil that reversed their fortunes after their economies were battered by last year's historic price crash, along with the impact of the pandemic.

Two sources familiar with the matter had told Reuters Abu Dhabi would likely raise around $3 billion. The emirate sold $2 billion in seven-year bonds in May, after hauling in $15 billion from bond issues last year.

Abu Dhabi is expected to post a deficit of $11.7 billion in 2021, although the budget was drafted on an oil price assumption of $46 a barrel. Brent crude was trading at around $72 on Wednesday. 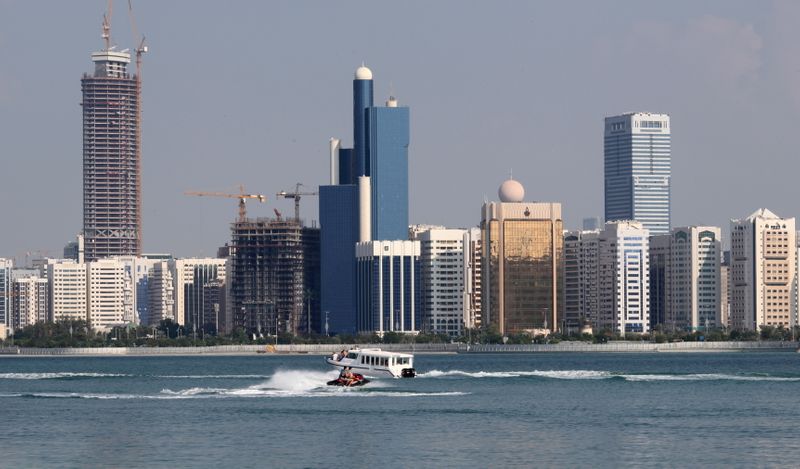 As of end-June 2021, Abu Dhabi had $39.5 billion in outstanding bonds and $3.7 billion in loans from local banks, while it had $2.4 billion in explicitly guaranteed obligations, an investor presentation reviewed by Reuters showed.

Entities owned by the government had borrowed approximately $59.2 billion as of the end of June last year, the presentation showed, although the emirate does not guarantee the debt issued by its wholly-owned entities.