BOSTON (Reuters) - Investors who prod companies to perform better made new and bigger bets on consumer cyclical stocks including retailers, a food service distributor and carmakers during the third quarter amid signs of stronger growth early in the year.

Activist investment firm Jana Partners bought 4.6 million shares in Macy's (NYSE: M ), according to a new regulatory filing, and is urging the retailer to spin off its e-commerce business.

Engine No. 1, the sustainability-focused firm that forced ExxonMobil to add three newcomers to its board this year, raised its holdings in car makers Tesla (NASDAQ: TSLA ) by 78% and General Motors (NYSE: GM ) by 20%, according to filings made on Monday.

The firms increased their exposure to these types of stocks, sometimes called consumer discretionary stocks, as shoppers were ready to spend stimulus checks, confident the worst of the pandemic would soon be over.

More recently, some investors have grown concerned that rising inflation could dampen spending in some areas, as rising costs on everything from gasoline to groceries fanned the biggest annual consumer price gain in more than three decades.

Expectations for fresh travel and more dining out also prompted managers like Sachem Head's Scott Ferguson to boost his holding of ride sharing company Uber by 230% to 5.1 million shares, the filing showed.

Similarly Maverick Capital, not known as an activist investor, raised its stake in Uber by 10% to 2.4 million shares, while PointState Capital owned 3.9 million shares of Uber, marking a 453% increase.

Money managers are required to report their stakes in U.S.-based companies 45 days after the end of the quarter and while the data are often backward-looking, they are closely watched for investment trends.

Many of the consumer cyclical stocks have performed well this year but some so-called activist investors expect to reap more gains by pushing management to pursue dramatic changes. 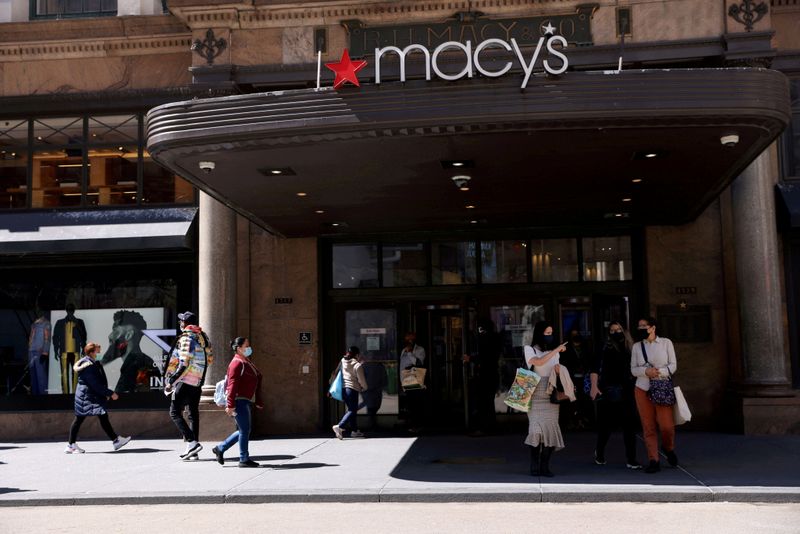 At Macy's, which like other retailers had to temporarily shutter stores during the height of COVID-19, management could create a digital goldmine, Jana's Scott Ostfeld said in October when he laid out arguments to spin off the e-commerce unit.

At U.S. Foods, Sachem Head has not precisely spelled out the changes it wants to see but the company is already looking to shake up its executive suite by looking for a chief operating officer and a new chief financial officer.