NEW YORK (Reuters) - The Federal Reserve raised its target interest rate by three-quarters of a percentage point to a range of 3.00%-3.25% on Wednesday and signaled more large increases to come in new projections showing its policy rate rising to 4.40% by the end of this year before topping out at 4.60% in 2023 to battle continued strong inflation.

Fed Chair Jerome Powell at a press conference after the Fed announced raised its benchmark rate by 75 basis points for a third straight meeting, said achieving a soft landing is "very challenging," and policymakers are unsure if the process of tightening policy will lead to a recession or how deep any contraction might be.

"The Fed’s hawkish comments reiterated its commitment to getting inflation under control. With the median dot plot showing 4.375% by year-end, we believe that equity markets will be capped in the near term.  The path of equities will depend on earnings growing because with interest rates rising at such a rapid rate we do not see multiple expansion. While the Fed  is attempting to squash inflation through rate hike,  the process is making fixed income a relevant asset once again."

"Until there is a major slowdown in inflation the Fed will continue to hike.  Financial markets are finally getting the message that the Fed will not blink, so we believe that there are more hikes to come. No one knows what the actual terminal rate will be, so in the meantime it is like a long road trip where the kids keep asking….are we there yet?

“To the extent the market trades down, then they are hearing Powell correctly - the Fed is going to raise rates until inflation comes back down and they will cause a recession in the process.”

“To the extent the market trades higher, it is based on the hope that inflation will come down before the Fed causes pain to the economy — an extremely unlikely Fairy Tale ending.”

"Fed commentary was pretty hawkish. Looking at 30-year bonds, the rise in price (drop in yields) is an indication that the markets are seeing a much higher chance of recession over the coming 12 months. Markets are/will be very volatile, so I’m sitting on the sidelines and watching until probably Friday or Monday before moving any money around."

"The third 75 bps hike in a row and the maintenance of references to broad based price pressures and future hikes ahead underscore how the Fed is now singularly focused on trying to control inflation.  Based on our expectation that the Fed will take the rates to 4% by December, this will be one of the fastest episodes of Fed tightening in the post war period."

"The big takeaway here is not so much the decision to raise by 75 basis points. In terms of discussion in the statement, we have been thinking about the Federal Reserve policy as moving in one direction but increasingly, as they've moved into hawkish territory as markets have started to pencil in a terminal fed funds rate in 2023 approaching four and a half percent, that we might start to get at least an acknowledgement that the risks are becoming two-sided in terms of monetary policy stance. Certainly there are risks of inflation, but the opposite side of that is there are risks to the overall economy...there continues to be, at least so far, not any kind of concrete acknowledgement that risks are growing to the forward economic outlook... The Fed remains singularly focused on fighting inflation. So this is a pretty hawkish 75 basis point increase when it comes to how the text reads."

"The 75 basis points increase was expected. What the market is reacting to is the update to expectations for rates for the out-years. They moved significantly higher ... The market would've liked to see the number come down in 2023. What it's telling us is that the Fed is expecting to rates to continue to move higher into 2023."

"The silver lining is that six members think rates are going to stay steady and one thinks they can come down in 2023."

"Now the question is what is the market is going to price in here. What do we really believe will happen? There's a camp that says whatever the Fed guides to has typically been the floor and not the ceiling. This communication is basically signaling that the Fed's going to continue to be aggressive and remain hawkish. That's going to continue to put pressure on stocks. It doesn't leave a lot of room to the upside for investors going into the end of the year."

"Right now it doesn't feel great because the Fed's going to stay hawkish. They're not backing down. Where we end the day is going to be predicated on Powell's speech."

“The unusual has become usual. Not only did the Fed hike another unusually large 75 bps today, it is basically saying it will do it again in November. Thinking that these types of hikes aren’t going to cause pain down the road is the triumph of hope over experience.”

“The stock market is taking this in stride, it did go down a little bit but it’s not too dramatic. The updated statement of economic projections suggest that the Fed is reluctantly, slowly, catching up to reality in terms of their anticipation for everything – for inflation, for core inflation, for GDP. You look at the difference between December, to march, to June, to now, in all of those metrics and what they are projecting and they are finally catching up with what the market has already known for quite some time. So perhaps the equity market was a little bit optimistic they might soften the language, which they did not do, but in general most of this was priced into the equity market.

"A lot of times you see (the market) do something on the day of and then something else the next day, investors might want to reserve judgment until tomorrow.”

“This is as hawkish as it gets and the only way to back off it is in the press conference if Powell says we're going to remain data dependent.”

“As we found through history, the initial knee jerk reaction tends to be wrong. But markets really do want to see Powell signal some flexibility moving forward in order to kind of stabilize the market. So I think you want to hear him say 'data dependent,' 'flexible,' but at the same time stand firm in terms of their commitment to bring inflation down.”

“It was a rather hawkish 75 basis point hike, and (the Fed) left the door wide open for even more rate hikes before the end of the year.”

“The dot plots confirm more hikes are coming than were previously expected.

“The Fed is willing to produce a good deal of pain to the economy, and potentially to the stock market in order to rein in the runaway inflation we’ve been seeing this year.” 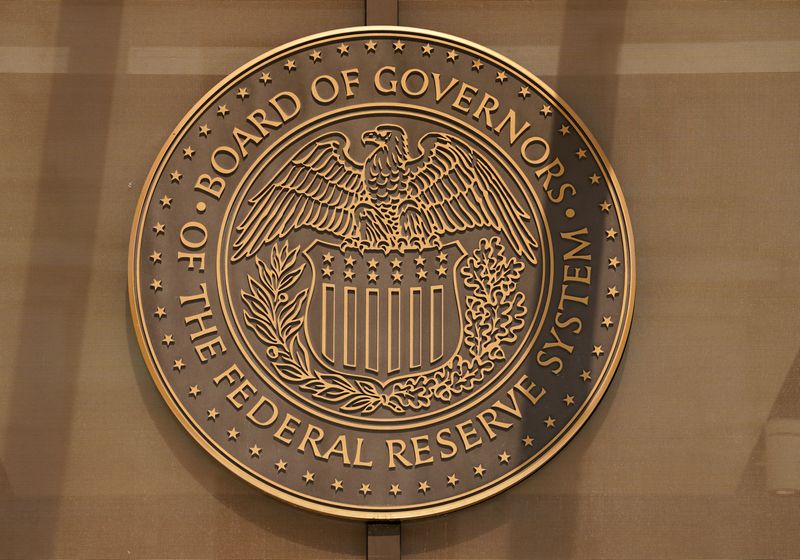 “The economic expectations from the Fed are quite disappointing. The economy is quickly slowing.”

“Yields and the dollar both moved higher on the hawkish Fed stance, pressuring stocks once again.”