(Bloomberg) -- Airlines kicked off 2021 by shrinking their already meager U.K. schedules, prompted by a new coronavirus lockdown and the prospect of further restrictions on travel abroad.

A spokeswoman for Wizz Air Holdings Plc, which has been adding U.K. bases in an effort to emerge stronger from the pandemic, said it will review capacity to ensure that it remains appropriate to demand.

The fast-spreading virus strain that’s driven up the number of U.K. cases has also dashed hopes of relief from 2020’s unrelenting downturn. Prime Minister Boris Johnson late Monday announced a new coronavirus lockdown that will force most people to stay at home until mid-February, when a vaccine rollout reaches enough to stem the worst infection rates since the start of the outbreak.

“Last night’s news will see those numbers go down further,” Grant said in an email. “Whilst the news is no surprise and most airlines and airports had been expecting this to happen, it is nevertheless another setback to the recovery.”EasyJet had already reduced its schedule for next week by one-third and Ryanair Holdings (NASDAQ: RYAAY ) Plc, Europe’s biggest discounter, by two-thirds, said John Grant, senior analyst at travel data provider OAG.

TUI, the German tour operator with a big base of British customers, had already culled most of its U.K. program due to the pandemic, with only some destinations including St. Lucia, Cuba and Aruba served. These trips have now been canceled.

Measures to further restrict international travel from the U.K. are in the works, including talks with authorities in Scotland, Wales and Northern Ireland on coordinated curbs, Cabinet Office Minister Michael Gove said on LBC Radio.

The plans include requiring passengers arriving in the country to present a negative coronavirus test, the Times newspaper reported, citing an unnamed former Downing Street official.

Johnson said late Monday that people should stay home as Britain wrestles with the fast-spreading strain of Covid-19. The government said on its website that all leisure travel is forbidden and advised that U.K. residents should check with their travel operator on arrangements for returning.

Disruption to carriers is unlikely to be as great as that suffered last spring, when fleets were grounded across the world. Luton, England-based EasyJet, which has bases and operations across Europe, said the impact might be similar to that of a month-long lockdown in the U.K. in November, though that involved less severe measures with schools still open.

Ryanair, which has its biggest base at London Stansted airport, revealed Tuesday that its passenger count tumbled 66% to 52.1 million in 2020. Even in December the Dublin-based company was operating only 22% of its usual schedule.

Wizz separately posted a 58% decline, though with occupancy level of just 75% compared with 81% at Ryanair.

“Most airlines were resigned to the first quarter of this year being very weak, with no real recovery, so from that perspective many had already planned their networks accordingly,” said OAG’s Grant. “It’s unlikely that we will see any recovery in that capacity until the end of March, when the airlines normally begin to introduce their summer programs.” 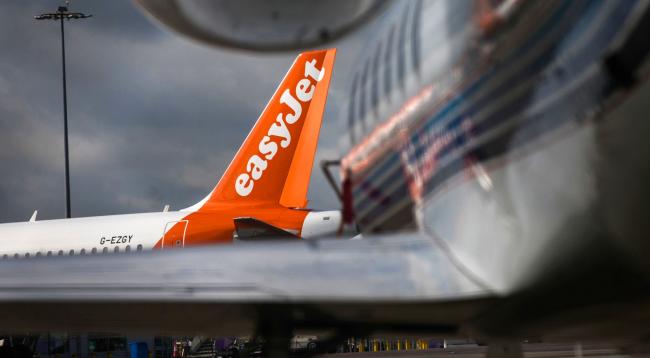