(Bloomberg) -- Many of the world’s airlines already stung by the pandemic grounding flights are now finding out what a risky place the oil market can be.

Ten airlines in Europe and the Asia-Pacific -- where carriers tend to purchase oil derivatives to hedge against volatility in fuel prices -- have lost about $4.65 billion on those contracts this year, according to financial results compiled by Bloomberg through June 3. Deutsche Lufthansa (DE: LHAG ) AG (OTC: DLAKY ) and International Consolidated Airlines Group (LON: ICAG ) SA account for about half the total.

The hedging strategies that European airlines routinely employ are “not effective in a crisis such as the one at the moment,” Lufthansa Chief Executive Officer Carsten Spohr said on an earnings call Wednesday. “But obviously who could have expected this?”

To guard against oil-price volatility, airlines can buy call options to shield them from soaring fuel costs. To cheapen the transaction, they often simultaneously sell put options, which can become costly if prices fall. As the pandemic unfolded, demand for fuel collapsed, with crude at one point plummeting to its lowest level in almost two decades. Carriers were left holding positions in oil contracts that weren’t needed as fuel consumption tanked, and no way to offset those costs with fleets grounded.

The practice of hedging isn’t as common among U.S. airlines, following market gyrations in recent years. United Airlines Holdings (NASDAQ: UAL ) Inc. hasn’t hedged in several years and American Airlines (NASDAQ: AAL ) Group Inc. has also said it doesn’t see the market opportunities to do so as being attractive.

Despite the losses, there’s little prospect of a change in tack among some carriers.

“We are hedging first, not to make money, but to absorb and smooth the shock in the fuel price,” Air France-KLM Chief Financial Officer Frederic Gagey said on an earnings call last month. 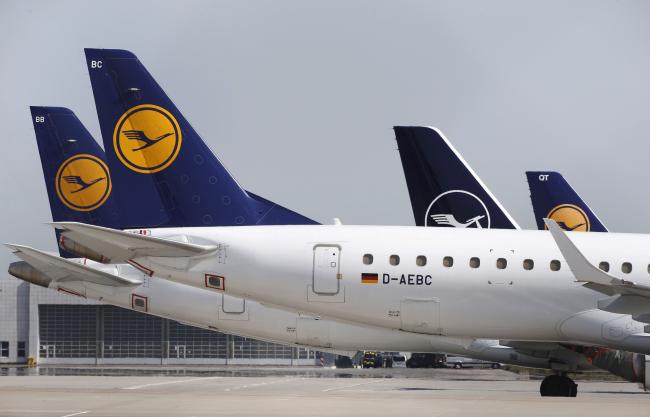