By Akash Sriram and Subrat Patnaik

(Reuters) - Apple Inc (NASDAQ: AAPL ) shares rose over 4% on Friday after the iPhone maker reported blockbuster results and teased its metaverse ambitions, holding out against a rout in technology and growth stocks from the start of this year.

If gains hold, the iPhone maker's stock is set to snap an eight-day losing streak in its attempt to recover from what is shaping up to be its worst monthly performance in a year.

The world's largest company by market value raked in sales of nearly $124 billion and profit of $34 billion, showcasing its ability to navigate a global supply crunch during the crucial holiday quarter.

"Apple is known for its supply-chain prowess and many wonder about the actions Apple has taken and will take to better position itself for this calendar year," Third Bridge analyst Scott Kessler said.

Apple also teased its metaverse ambitions as Chief Executive Tim Cook talked of the company investing in the expansion of its library of 14,000 augmented reality apps, prompting strong investor response.

At least 11 brokerages raised their price targets for the stock, bringing the median price target to $188.5, according to Refinitiv data.

Apple's stock has been under pressure this year from a rate hike-driven tech sector selloff, which also hit giants like Alphabet (NASDAQ: GOOGL ) Inc and Microsoft Corp (NASDAQ: MSFT ). 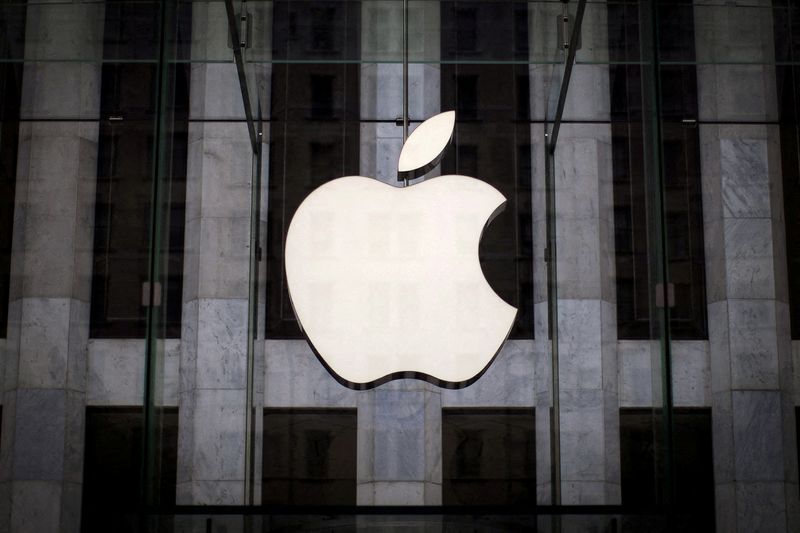 But following the quarterly results, Apple bucked the trend, leading gains among the tech-heavy Nasdaq 100 index 's constituents and the benchmark S&P 500 index.

"Still a lot of uncertainty about the tech sector, which remains very expensive and with the Fed overhang of possible further hawkish surprises," said Andrea Cicione, head of strategy at TS Lombard. (Graphic: Apple hits $3 trillion-dollar mark, then dips amid Fed jitters, https://graphics.reuters.com/APPLE-STOCK/zjpqkajjapx/chart.png)