(Reuters) - Star stock picker Cathie Wood, head of ARK Invest, on Wednesday said she believed the U.S. stock market is not overvalued, and she talked up Tesla (NASDAQ: TSLA ), her largest holding.

“We are not in a bubble, that I know," Wood said, speaking virtually at a Morningstar investment conference.

"But I do believe the market is beginning to understand how profound some of these platform opportunities are, and how sustained and rapid the growth rates are going to be," Wood said, referring to Tesla and other companies leveraging artificial intelligence and other emerging technologies.

Fueled by massive fiscal and monetary stimulus, the S&P 500 is up almost 100% from its low in March 2020, near the start of the coronavirus pandemic. That has left the S&P 500 valued at about 21 times expected earnings, compared to an average forward PE of 16.5 over the past 10 years, according to Refinitiv data.

Tesla is the largest holding in Wood's flagship ARK Innovation ETF (NYSE: ARKK ), which is heavy on growth stocks, also including Teladoc Health Inc and Roku. The fund is down 5% so far in 2021, well behind the S&P 500's 17% gain. 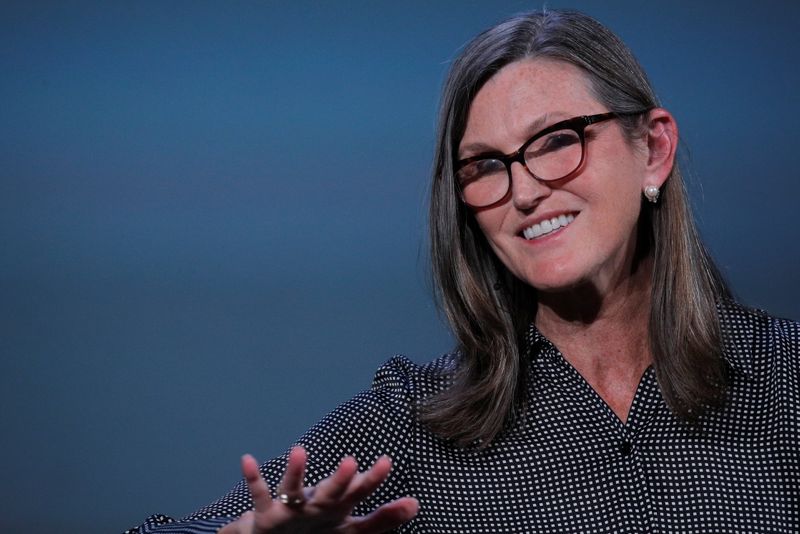 The ETF's poor year-to-date performance puts it in the lowest percentile among 598 U.S. mid-cap growth funds, according to Morningstar. In 2020, the ARK Innovation ETF was the top performing actively managed fund.