(Bloomberg) -- From clothing to cereal to trash bags, prices are going up fast. But many companies aren’t saying that, at least not in language most shoppers would recognize.

If you ask Pampers maker Procter & Gamble (NYSE: PG ) Co., it’s not raising prices, it’s “taking pricing.” Rival Unilever (NYSE: UL ), known for Dove soap and Axe body spray, says it’s been “very active with pricing.” The prize for creativity -- so far at least -- has been home-improvement retailer Lowe’s (NYSE: LOW ) Cos., whose finance chief told investors Wednesday that it was “elevating our pricing ecosystem.”The euphemisms illustrate the rhetorical backflips companies perform to avoid saying what they’re actually doing -- responding to soaring input and transportation costs, and protecting their profit margins, by making their products more expensive. The makers and sellers of consumer staples notched big stock gains last year thanks to pandemic stockpiling and are now under pressure to maintain that performance even as costs go up, labor markets tighten and they face extremely tough comparisons with last year’s growth.

Those headwinds have cooled their shares somewhat in 2021, with the Standard & Poor’s 500 Consumer Staples Index up just 4.1% this year through Tuesday, and the S&P’s primary retail index up 7%. Those both trail the benchmark S&P 500’s 13% gain.

The price tags consumers see on shelves or online are the result of a complex series of negotiations between vendors and retailers, done behind closed doors, with neither side wanting to sacrifice too much. Retailers sometimes absorb some of the price increases manufacturers demand, and the rest is passed onto shoppers. When prices do inevitably rise, as they’re doing now, manufacturers and retailers both take cover behind neologisms that Wall Street understands, but Main Street sometimes doesn’t.

Then there’s cereal maker General Mills Inc (NYSE: GIS )., whose jargon includes arcane phrases like “strategic revenue management” and “holistic margin management,” which is not language you’d ever find on the back of a box of Lucky Charms. The company uses those terms so often, in fact, that its CEO now just refers to them by the acronyms SRM and HMM. The result is yet another euphemism: “Net price realization,” a term for hiking prices used by many food companies.

Another stealth tactic manufacturers employ is to keep the price of a given product stable, but reduce the package size slightly, thereby increasing the price per ounce.

Corporate doublespeak is not new, of course. For years, layoffs have been referred to as “right-sizing,” “headcount rationalization” or “reductions in force,” and businesses provide “synergy” and “solutions,” not products or services.

Customers, though, might respond to higher prices with a few choice words of their own. 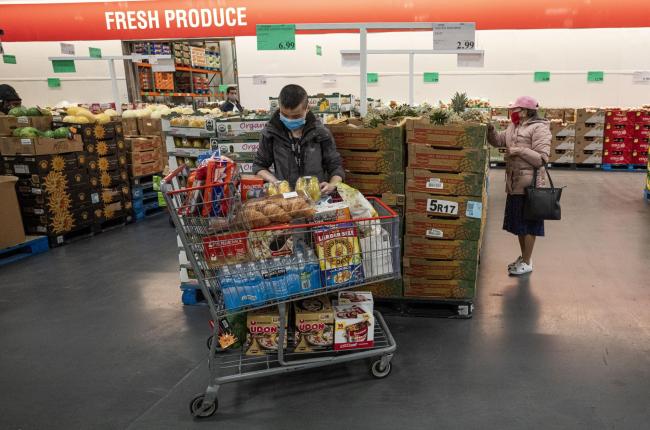