(Reuters) -Global equities staged a partial comeback on Wednesday -- with Wall Street stocks surging around 2% -- as the Bank of England said it would step in to the bond market in an attempt to dampen investors' fears of contagion across the financial system.

The BoE said it would temporarily buy long-dated bonds - linked most closely to workers' pensions and home loans - in light of a surge in UK bond yields and related borrowing costs.

Sterling, which hit record lows against the dollar on Monday, was last up about 1.4% in volatile trading, while gilt prices roared higher. European government bonds also got a lift from the surge in gilts.

Investors have been rattled in the last week in particular by soaring bond yields, as central bankers have raced to raise interest rates to contain red-hot inflation before it tips the global economy into recession.

The dollar, the ultimate safe-haven in times of market turmoil, was down about 1.2%, easing from two-decade highs spurred on by yields on the benchmark 10-year Treasury approaching 4.0% for the first time since 2008. Yields on other U.S. government bonds also declined on Wednesday.

The MSCI All-World index was last up about 1.3%, having pulled off a session trough that marked its lowest level since November 2020. It is still heading for a more than 7% drop in September - its biggest monthly decline since March 2020's fall of 13%.

Wall Street's rebound gained momentum over the day, with the S&P 500 Index up about 2% after it fell to a two year low on Tuesday. The Dow Jones Industrial Average also gained 1.9% and the Nasdaq Composite was up about 2%.

Weighing on growth stocks was Apple Inc (NASDAQ: AAPL ), which was down about 1.3% on a report the tech company was dropping its plans to boost production of the latest model of its flagship iPhone.

Bryce Doty, senior portfolio manager for Sit Fixed Income Advisors LLC in Minneapolis, said the UK intervention had helped calm U.S. markets, but that the "temporary stability is something of an illusion."

Doty cited the widening gap between 10-year treasury yields and 30-year mortgage rates, which he attributed to the Fed reducing its mortgage securities and the sharp inversion of the yield curve resulting from the Fed’s "aggressive determination to damage economic activity."

At the heart of earlier sell-off across global markets was the British government's so-called mini-budget last week which announced a raft of tax cuts and little in the way of detail as to how those would be funded.

The International Monetary Fund and ratings agency Moody's criticised Britain's new economic strategy announced on Friday, which has sparked a collapse in the value of British assets.

Strategists at Amundi, Europe's largest asset manager, said earlier on Wednesday they believed UK assets were in for more losses, as the UK's fiscal credibility remained on the line.

"We believe risks remain tilted to the downside – given how much is already priced-in, less aggressive signalling from the BoE will accelerate the move to below parity (for sterling/dollar), in our view," strategists led by Laurent Crosnier, global head of FX, wrote, recommending investors avoid pounds.

Oil prices jumped higher on Wednesday for a second day, rebounding from recent losses as the U.S. dollar eased off recent gains and U.S. fuel inventory figures showed larger-than-expected drawdowns and a rebound in consumer demand. U.S. crude rose 4.5% to $82.06 per barrel and Brent was at $89.22, up 3.4% on the day. 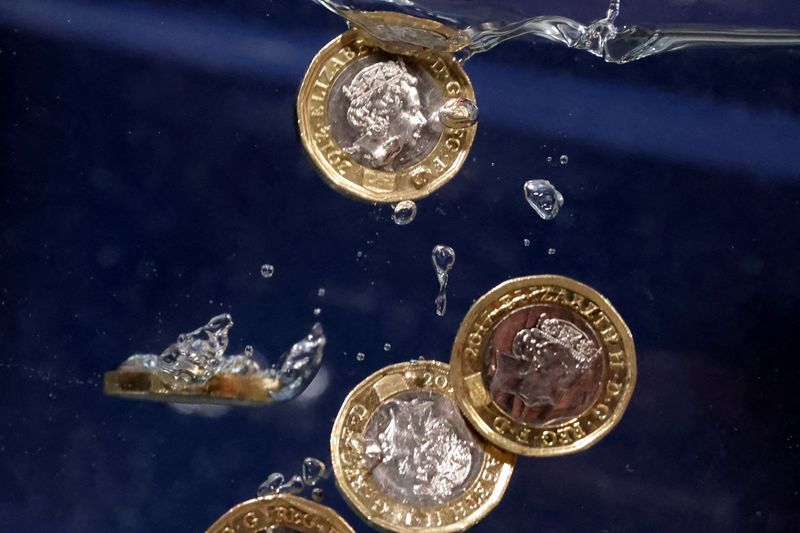 "Should the economy slow and eventually fall into recession and inflation stays higher for longer, we believe financial asset prices have adjusted to reflect this likely reality," Wren wrote in a client note released on Wednesday. "Eventually, brighter skies will be on the horizon."