NEW YORK (Reuters) - World shares rose and the yield on benchmark U.S. Treasuries weakened on Friday after data showed that U.S. consumer spending rose in April and the uptick in inflation slowed, two signs the world's largest economy could be on track to grow this quarter.

Consumer spending, which accounts for more than two-thirds of U.S. economic activity, increased 0.9% last month, and although inflation continued to increase in April, it was less than in recent months. The personal consumption expenditures (PCE) price index rose 0.2%, the smallest gain November 2020.

The U.S. Federal Reserve, in minutes from its May meeting released earlier this week, called inflation a serious concern. A majority of the central bankers backed two half-of-a-percentage point rate hikes in June and July, as the group attempts to curb inflation without causing a recession.

The Fed did leave room for a pause in hikes if the economy weakens.

Analysts said the consumer spending and inflation data was encouraging and supported growth estimates for the second quarter that are mostly above a 2.0 annualized rate.

"The growth engine of the U.S. economy is still alive and kicking, and that's important," said Joe Quinlan, Head of CIO Market Strategy for Merrill and Bank of America (NYSE: BAC ) Private Bank. "Growth estimates for (the second quarter) are still good. There is a better tone in the market than we have seen in recent weeks, in terms of inflation possibly peaking here. Maybe we can avoid stagflation."

Global equity funds saw inflows in the week to May 25 for the first week in seven, according to Refinitiv Lipper.

The yield on benchmark 10-year Treasury notes was last 2.7432%. It had hit a three-year high of 3.2030% earlier this month on fears that the Fed may have to raise rates rapidly to bring inflation under control.

"The 10 year yield is suggesting we don't have to have inflation break above 9-10%," Quinlan said. "We are getting close to a peak in inflation."

The two-year yield, which rises with traders' expectations of higher fed fund rates, fell to 2.4839%.

The United States would not block China from growing its economy, but wanted it to adhere to international rules, Secretary of State Antony Blinken said on Thursday in remarks that some investors interpreted as positive for bilateral ties.

The swing toward broadly positive market sentiment drove the dollar to one-month lows against an index of currencies.

Oil prices were near two-month highs on the prospect of a tight market due to rising gasoline consumption in the United States in summer, and also the possibility of an EU ban on Russian oil. 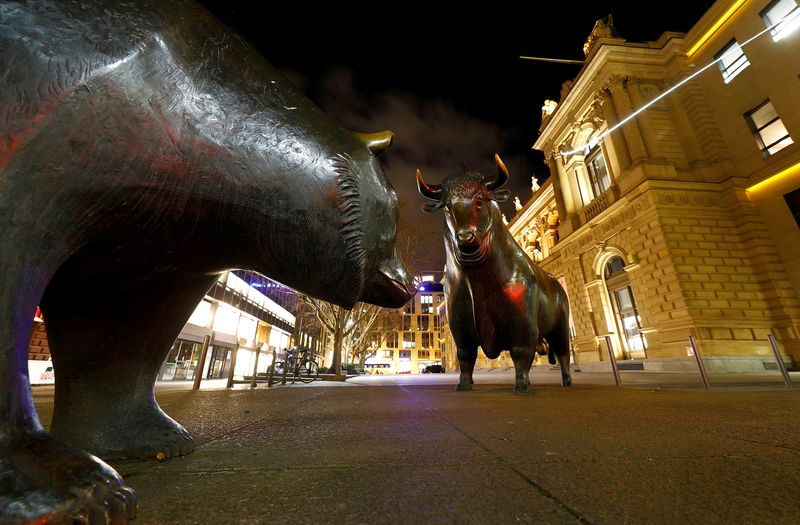