A holiday in the United States made for thin trading conditions, but MSCI's all-country world index gained 0.3%, touching a new record level and on course for its seventh consecutive closing high.

In Europe the STOXX index of 600 European companies was 0.8% higher, inching closer to August's record peaks.

Shares in Norsk Hydro rose as much 5% to a more than 13-year peak and Rusal jumped more than 4% to its highest on record after aluminium prices hit a more than 10-year high as a coup in Guinea raised supply concerns. No producers reported being affected, however.

Guinean bauxite for delivery to China was last assessed by Asian Metal at $50.50 a tonne, up 1% from Friday and the highest since March 16, 2020.

The coup added to the bullish market mood, primarily fuelled by supply concerns around carbon neutrality pledges from China and the European Union, said Carsten Menke, head of next generation research at Julius Baer.

"We are convinced that the current impact of carbon neutrality on aluminium is overstated and that prices are detached from fundamentals," said Menke. "That said, short-term price risks remain skewed to the upside."

In Asia, MSCI's broadest index of Asia-Pacific shares outside Japan rose about 0.6% overnight to the highest since late July.

Japan's Nikkei gained 1.8% to a five-month top, extending a rally on hopes a new prime minister there would bring added fiscal spending.

Investors were still assessing the fallout from the September payrolls report, which showed a much smaller increase in jobs than expected, but also a pick-up in wages.

The latter was enough to nudge longer-dated Treasury yields higher and steepen the yield curve, even as markets speculated over whether the Federal Reserve might not start tapering until later than previously thought.

"This puts the Fed in a quandary as it balances risks of a sharp demand slowdown against those of tight supply and inflation."

"We still expect the Fed to signal tapering in September, but now expect it to begin in December, not November. QE will likely end by the middle of 2022."

The rise in U.S. 10-year yields to 1.33% limited some of the pressure on the dollar from the poor payrolls print, though its index still touched a one-month low before steadying at 92.26.

The European Central Bank holds its policy meeting this week and a number of policy hawks have been calling for a step back in the bank's huge asset-buying programme, though President Christine Lagarde has sounded more dovish.

"We expect the ECB to announce a reduced pace of Q4 PEPP (pandemic emergency purchase programme) at its September meeting on the back of easier financial conditions," said analysts at TD Securities.

"All other policy levers are likely to be left on hold, with inflation forecasts revised sharply up this year and next. Communication risks are high, and Lagarde will want to avoid sounding overly hawkish, instead emphasising 'persistence'."

The prospect of a later start to Fed tapering proved only fleetingly positive for non-yielding gold, which stood at $1,821 an ounce, having reached its highest since mid-June at $1,833.80. 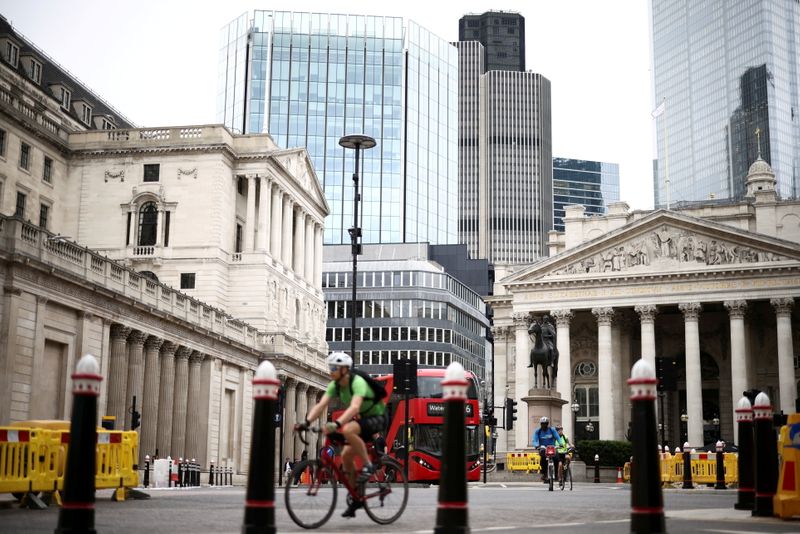