(Reuters) - The euro sank on Tuesday to its weakest level against the dollar in almost 20 years while oil futures tumbled and bond prices rose as investors sought safety after the latest data fueled fears of a global economic slowdown.

Euro zone recession fears were exacerbated by concerns about an energy crisis in Europe and by Tuesday's data, which showed a sharp slowdown in business growth in June, following Monday's news of a seasonally adjusted May trade deficit in Germany versus expectations for a surplus.

Oil prices suffered their biggest daily drop since March on growing fears of a global recession and lockdowns in China that could slash demand.

Bipan Rai, North America head of FX strategy at CIBC Capital Markets in Toronto, cited signs of a looming energy crisis in Europe and economic concerns for the euro's tumble.

"The threat of a recession in the euro zone is a more clear risk now relative to before," Rai said.

Meanwhile the dollar index , which measures the greenback against a group of major currencies, was up 1.31%, after hitting its highest level since December 2002. The dollar is seen as a safe haven in times of acute economic uncertainty.

"The demand for the safety of dollar-based assets is up as expectations for economic activity are significantly lower," said Shawn Cruz, head trading strategist at TD Ameritrade in Chicago.

"If people are concerned there's going to be a slowdown and put their money in the safest place and cut back on unnecessary spending, it can become a self-fulfilling prophesy."

After falling sharply early in the session, U.S. equities pared losses as the day wore on and the Nasdaq ended up rallying with strength in technology and consumer stocks. [.N]

Some investors were betting that falling gas prices could give shoppers more money to spend, according to Michael James, managing director of equity trading at Wedbush Securities.

"All the macro headlines continue to be negative. It's a function of what's already relatively priced in and where the economy is going to be in six months," he said.

MSCI's gauge of stocks across the globe shed 0.49%, but stayed above its June 17 trough, which had been its lowest level since November 2020. This was after the pan-European STOXX 600 index had closed down 2.11%.

Benchmark U.S. Treasury yields tumbled to one-month lows on Tuesday and a key part of the yield curve inverted for the first time in three weeks as economic worries dented risk appetite and increased demand for safe-haven U.S. debt.

Investors are watching out this week for the U.S. Federal Reserve and European Central Bank minutes from their most recent policy meetings, as well as U.S. payroll numbers for June due on Friday.

Earlier, news that Norwegian offshore workers began a strike on Tuesday that will reduce oil and gas output compounded fears about a European energy shortage. 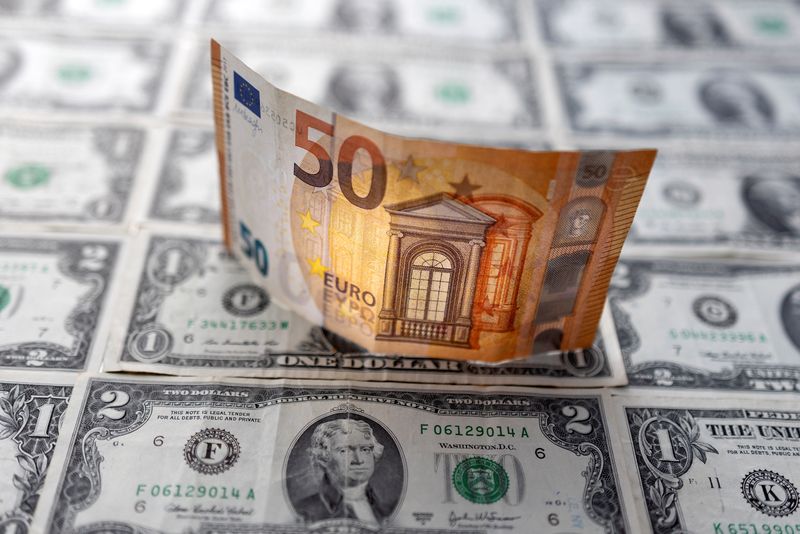