(Reuters) -U.S. stocks fell and the dollar rose on Friday, even as Treasury yields gained, with traders anxious about inflation and what the Federal Reserve will do to combat it.

European shares fell on Friday and posted a weekly loss as the highest-ever jump in German producer prices in July added to gloom over the economic outlook. The pan-European STOXX 600 ended 0.8% lower.

The MSCI world equity index, which tracks shares in 47 countries, was down 1.3%.

"When market participants start to return from their holidays and look back ... they will find central banks still far from having achieved their goals of reining in inflation," ING rates strategists said in a note to clients.

"That means a continued tussle between central bank tightening expectations and recession fears."

U.S. central bank officials have "a lot of time still" before they need to decide how large an interest rate increase to approve at their Sept. 20-21 policy meeting, Richmond Federal Reserve President Thomas Barkin said on Friday.

But more hawkish Fed official comments on Thursday helped push the dollar index up on Friday around 0.5%, a one-month high. The euro was down 0.44% at $1.003.

The U.S. benchmark 10-year Treasury yield rose to a month high of 2.9776%, just shy of the 3% threshold it crossed in May for the first time since 2018 as investors worried about the U.S. Federal Reserve's plan to tighten monetary conditions.

Next week, investors will be paying close attention to minutes from the European Central Bank's July meeting, as well as comments by Fed Chair Jerome Powell when he addresses the annual global central banking conference in Jackson Hole, Wyoming, on Aug. 26.

"Incoming data was not uniformly strong ... and we note that stronger momentum will ultimately be met with additional policy rate firming," Gapen added.

OIL, GOLD AND CRYPTO OFF

Oil prices steadied on Friday, but fell for the week on a stronger U.S. dollar and fears that an economic slowdown would weaken crude demand. 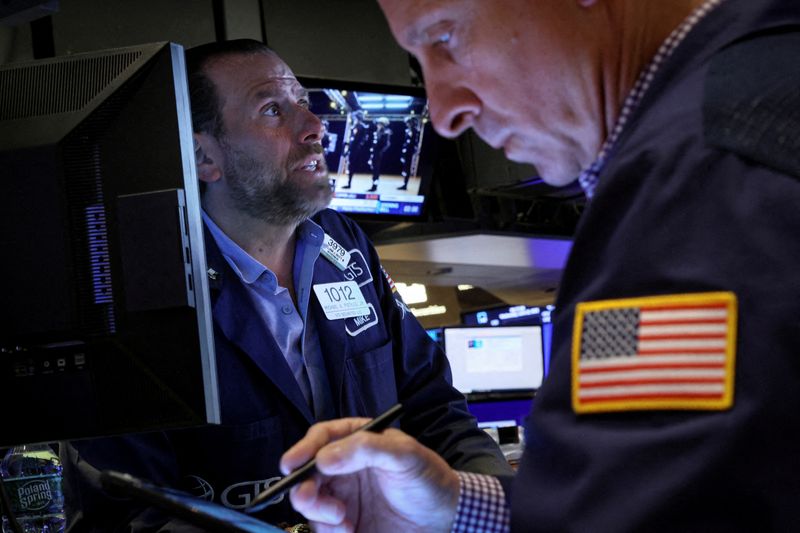 Cryptocurrencies fell sharply, with sudden selling dragging bitcoin to a three-week low. It was last at $21,332, down nearly 9% on the day.

Gold was headed for its first weekly drop in a month after hitting a three-week low. Spot gold fell for a fifth straight session, down about 0.67% at $1,746 per ounce, in what could be its longest losing streak since November 2021.