Europe's STOXX 600 share index tumbled as much as 3.0% and spot gold headed toward its biggest single-day gain in four months even as Russia suggested it was ready to keep talking to the West to defuse the crisis.

The United States is relocating its embassy operations in Ukraine from the capital Kyiv to the western city of Lviv, Secretary of State Antony Blinken said, citing the "dramatic acceleration in the buildup of Russian forces."

Ukraine's government bonds slumped 10% to a crisis low even as Ukraine hinted at concessions to Russia. The appeal of save-havens lifted bullion and the Swiss franc.

Markets in Europe were antsy. Major regional bourses fell about 2% and European natural gas prices for delivery in a month jumped nearly 10% to 81.30 euros per megawatt hour. ( EU )

The pan-regional STOXX 600 is 7% off an all-time high reached Jan. 4. Wall Street partially recovered from a late afternoon sell-off, with the Nasdaq closing flat. [.N]

U.S. stocks were already under pressure from inflation worries that were likley to prompt monetary tightening from the Federal Reserve, said George Ball, chairman of wealth manager Sanders Morris Harris.

Stocks face too many worries for any longer-lasting upward move, Ball said, adding that investors should increase cash to 10%-20% of their portfolios.

"Stocks have been premium priced for quite some time and a mixture of rising interest rates, military threats and the highest rate of inflation since 1980 makes a modest baby bear move in stocks likely in the near term," Ball said in a note.

Last week, St. Louis Fed president James Bullard restated his call for a full one percentage point of rate hikes by July 1 in comments that helped spark a repricing of Treasuries.

But on Monday Bullard said he would defer to Fed chair Jerome Powell about timing upcoming moves.

The yield on 10-year Treasury notes rose 4 basis points to 1.991%. Earlier they were above 2.0% before Ukraine tensions lifted prices, which move inversely to yield.

The dollar index hit a two-week high as investors remained anxious over Ukraine and Bullard's comments. It later rose 0.366%, while the Russian ruble strengthened 0.91% to 76.21 per dollar.

The euro's retreat pushed the key euro-dollar implied volatility gauges to their highest since November 2020. The euro was unchanged at $1.1305.

"If it (the Russian invasion) happens, the question is how does it happen?" said Jim Veneau at AXA investment managers. He said it could either be a conventional "tanks roll forward" military conflict or a more hybrid situation centered on cyber attacks.

But the Cold War era taught "anything involving Russia and NATO, and you're only a couple of steps from a nuclear (buildup) escalation," he added.

MSCI's gauge of stocks across the globe closed down 1.0% after paring steeper losses.

Markets have been in convulsions since an alarmingly high U.S. inflation reading last week sparked speculation the Fed might raise rates by a full 50 basis points in March and even raise rates before next month's meeting.

The Bank of Japan conducted an unlimited bond-buying offer on Monday to restrain Japanese debt yields.

The oil market cooled briefly on news of Ukraine's concessions offer, but climbed soon after. 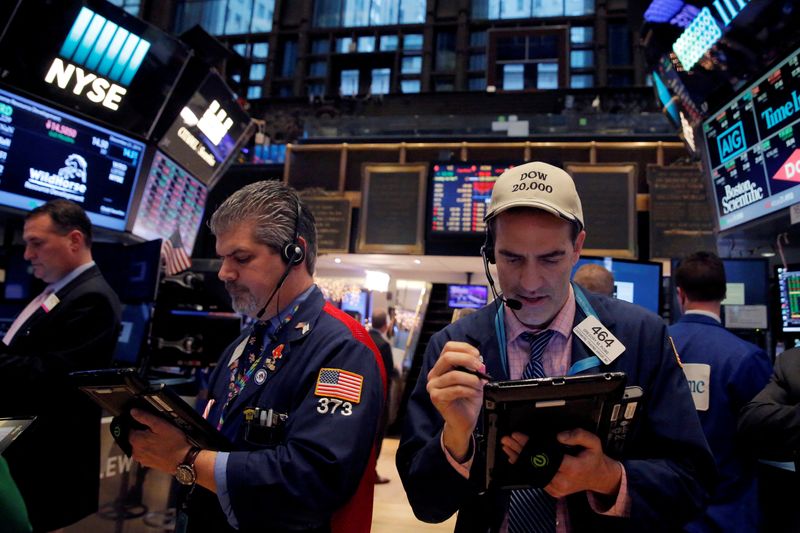