By Herbert Lash and Tommy Wilkes

NEW YORK/LONDON (Reuters) -Risk aversion dominated markets on Friday as stocks slumped on Wall Street and in Europe, oil prices fell from seven-year highs earlier in the week and bond prices surged with traders scurrying for the relative safety of government debt.

Investors are waiting for details from the Fed's policy meeting next week on how it will proceed at a time that inflation is such a hot political issue it could force a more hawkish stance.

"We know the Fed is beginning to pivot and the problem is that the inflation numbers are not going to start to trend lower until later this spring," said Andrew Slimmon, a managing director at Morgan Stanley (NYSE: MS ) Investment Management.

Despite the negative Netflix earnings, it's too early to know whether corporate fundamentals won't continue to be strong, he said.

With the Fed posed to hike interest rates as many as four times this year, fear of a hard landing has risen among investors. But a slowing economy in the months ahead will probably give the Fed second thoughts, said Steven Ricchiuto, U.S. chief economist at Mizuho Securities USA LLC.

"By the time we get to the second rate hike, everything will be rolling over enough that everybody will back off from these calls," he said. "The growth numbers will be slowing much more quickly than the Fed anticipated."

Markets overnight in Asia were broadly lower, including in China where benchmark mortgage rates were cut on Thursday in the latest move to prop up an economy soured by its property sector.

The U.S. dollar edged lower with U.S. Treasury yields, with investors looking to next week's Fed meeting for more clarity on the outlook for rate hikes and quantitative tightening. 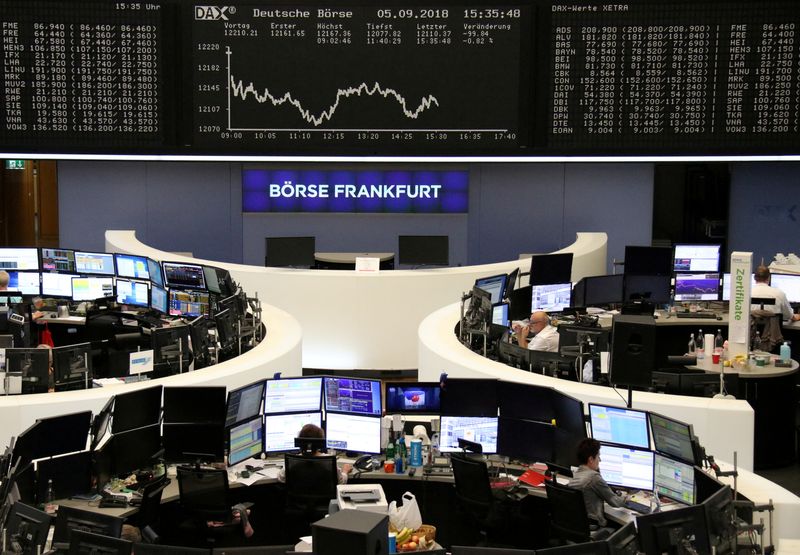 Gold was set to gain for a second week as inflation and geopolitical risks lifted its safe-haven appeal, but it slipped on Friday amid a broader decline in commodities.