Fed Vice Chair Lael Brainard said the U.S. central bank would need to maintain higher interest rates for some time as part of its effort to tame inflation and must guard against lowering rates prematurely.

Quincy Krosby, chief global strategist for LPL Financial in Charlottesville, Virginia, said the new price index data "did little to assuage fears that the campaign to curtail inflation is working as quickly as hoped by the market."

All three major Wall Street indexes finished down around 1.5% after a day of choppy trading.

It was the third consecutive weekly decline for the S&P 500 and the Dow Jones Industrial Average , and all three indexes, including the Nasdaq Composite , were down for the second month in a row.

In the first nine months of 2022, Wall Street suffered three straight quarterly declines, the longest losing streak for the S&P and the Nasdaq since the Great Recession and the Dow's longest in seven years.

Asian shares outside of Japan fell 0.4% on Friday, down around 13% in September, their largest monthly loss since the start of the pandemic in 2020.

European shares saw some recovery, with Europe's STOXX 600 up 1.3%, but they notched a third consecutive quarter of losses on worry about the impact on global growth of central banks' hiking interest rates to counter inflation.

"We do not expect a sustainable rally in stocks until the Fed sees clear and multiple months of evidence that inflation is trending down," Andy Tepper, a managing director at BNY Mellon Wealth Management in Wynnewood, Pennsylvania, said in an email.

The Bank of England will not raise interest rates before its next scheduled policy announcement on Nov. 3 despite a plummet in sterling, but would make big moves in November and December, a Reuters poll forecast.

The British pound, which was driven to all-time lows earlier this week on a combination of dollar strength and the government's plans for tax cuts funded by borrowing, rose about 0.35%, but still suffered its worst quarter versus the dollar since 2008.

Oil prices dipped in choppy trading but notched their first weekly gain in five on Friday, underpinned by the possibility that OPEC+ will agree to cut crude output when it meets on Oct. 5. Brent crude futures fell 0.6% to settle at $87.96 a barrel and U.S. crude tumbled 2.1% to $79.49.

Gold was little changed, wrapping up its worst quarter since March last year, pushed down by fears of ever-higher interest rates. 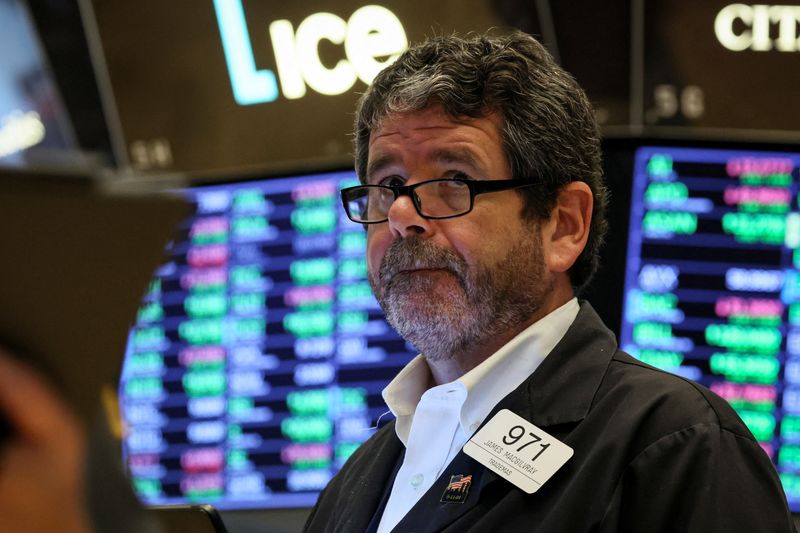