NEW YORK (Reuters) - U.S. Treasury yields were lower and Wall Street's benchmark S&P 500 ended down but well above the day's lows on Friday as investors digested a stronger than expected jobs report, which had raised concerns about the Federal Reserve's ability to slow rate hikes.

The U.S. Labor Department reported that nonfarm payrolls increased by 263,000 jobs last month compared with economist expectations for 200,000 jobs. And average hourly earnings increased 0.6%, up from 0.5% in October.

The report - released two days after Fed Chair Jerome Powell said it could be time to slow the pace of rate hikes - made investors question whether the central banker would be able to follow through on his suggestion.

The stock market's turnaround on Friday showed that the sentiment boost from Fed meeting minutes last week and Powell's comments Wednesday had "put the bulls firmly in charge," according to Michael James, managing director of equity trading at Wedbush Securities in Los Angeles.

"That sentiment shift has been more powerful than any 'negativity' to be taken from today's jobs report," he said.

However, while Chicago Federal Reserve Bank President Charles Evans made comments Friday that the Fed will probably reach a slightly higher peak funds rate, he still talked about stepping down the pace of rate hikes from recent 75-basis-point increases.

After the payrolls report traders were betting that the Fed would raise its policy rate from the 3.75%-4% range implied earlier to 4.92% by March 2023 and to the 5%-5.25% range by May, based on futures contract prices and the CME Fedwatch tool. Before the report, the rate was seen topping out at 4.75%-5%.

The S&P, Nasdaq and the Dow all boasted their second weekly gains in a row, while the Nasdaq led the charge with a 2% advance. The S&P added 1% for the week while the Dow was up 0.2%.

The dollar gradually gave back its gains following Evans' comments. Earlier it had jumped sharply in response to the jobs data, gaining as much as 0.82%.

In Treasuries, yields turned lower after earlier rising sharply as investors eyed the resilient labor market and rising wages as worrisome for the Fed's efforts to tame inflation.

Oil futures sank in Friday's choppy session ahead of a meeting of the Organization of the Petroleum Exporting Countries and its allies (OPEC+) on Sunday and an EU ban on Russian crude on Monday. 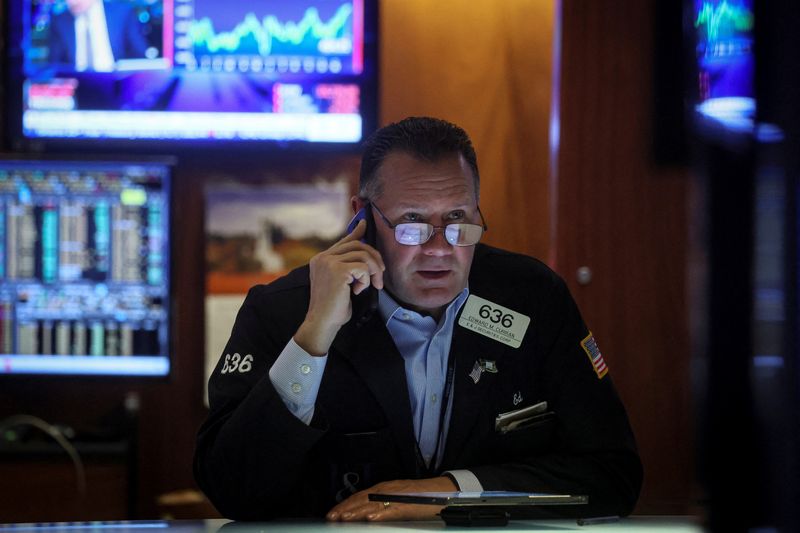 Gold prices also regained some lost ground from their earlier reaction to the jobs data.