WASHINGTON (Reuters) -U.S. stocks slipped Wednesday, ending the strongest two-day rally since 2020, while the dollar and Treasury yields rose on the back of signs the U.S. economy remained hot and Federal Reserve officials were resolute in rate hikes.

Signs of softening in the labor market in earlier the week gave way to new data showing the jobs market remains hot bolstered ongoing hawkish talk from Fed officials and dwindled hopes for a pivot from a steady stream of rate hikes to fight inflation.

The MSCI world equity index, which tracks shares in 45 nations, was last down 0.12%.

U.S. Treasury yields and dollar regained lost ground from the last two days in turn. The yield on benchmark 10-year Treasuries, was up 14 basis points to 3.749%.

Hopes that the economy may be slowing enough to get central bank officials to step back from large hikes took a blow Wednesday on several fronts.

The Bank of New Zealand stuck with a sizeable rate hike, the ADP (NASDAQ: ADP ) National Employment report showed private employment rising by more than estimated in September, and the Institute for Supply Management reported the service sector shrank less than expected in September and employment ticked up.

That all combined to suggest the economy was not yet slowing enough in response to rate hikes for central banks to rethink their approach.

"The stock and bond rally of the last few days was driven by weaker economic and labor market data. Today, stocks and bonds are both selling off after a more hawkish policy decision from New Zealand and stronger economic data from the U.S.," said Jacob Manoukian, U.S. head of investment strategy at JPMorgan (NYSE: JPM ) Private Bank.

"It's hard to read too much into day to day price moves when markets are this skittish, but the broad driver of markets for the rest of the third quarter will probably be the trajectory of policy rates."

On Friday, the U.S. Labor Department will report monthly jobs numbers, which will further flesh out the state of the labor market for investors and policymakers.

Oil prices leaped to their third straight day of gains, hitting a three-week high after OPEC+ agreed to cut oil output by 2 million barrels per day, which accounts for roughly 2% of global supply and are the steepest cuts since the 2020 COVID pandemic. 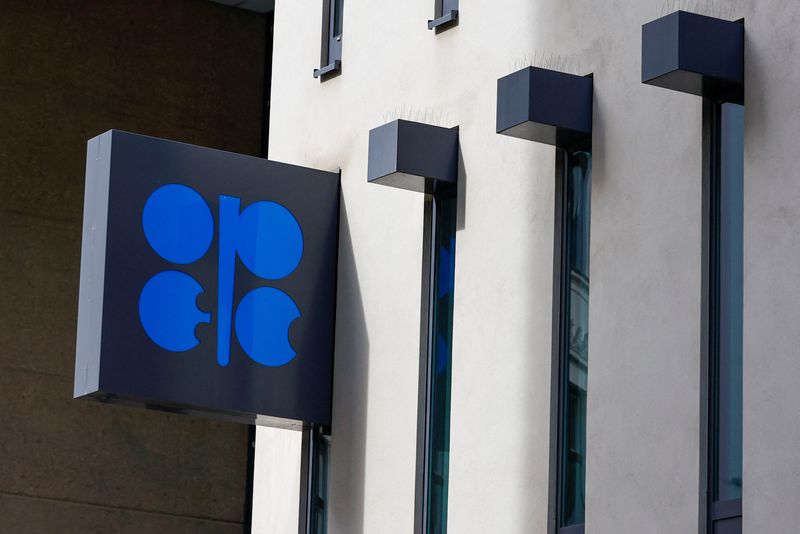