By Scott Murdoch and Sonali Paul

Forrest said in a statement Squadron had acquired CWP Renewables but did not disclose the price. The target company owns 1.1 gigawatts of wind farms and a development pipeline of 1.3 GW of wind and solar farms, with more on the drawing board, all in Australia.

Forrest has been making a big push to wean Australia off fossil fuels and grow a green hydrogen business through his iron ore company, Fortescue Metals Group, and his private firm Squadron.

"The world must move on from fossil fuel and we have a very competitive product. And the more we create and deploy new renewable energy, the cheaper it becomes for every Australian and the world," Forrest told Reuters after the announcement.

"One of the things that we're so pleased about with the Squadron investment is we now have the capital to fund that growth," Willoughby told Reuters.

"That's a really key consideration - that the speed and size of the energy transition is really material, it's really big, and I don't think folks fully appreciate it."

CWP was sold by Swiss-based investor Partners Group, which said it built the Australian business after first investing in the Sapphire Wind Farm in the state of New South Wales in 2016.

"We are proud to have built a major renewable energy platform that is set to play a key role in decarbonizing Australia's energy mix," Partners Group's head of Australia, Martin Scott, said in a statement.

Other companies that had looked at CWP included Spain's Iberdrola (BME: IBE ), Tilt Renewables, partly owned by AGL Energy, and Origin Energy, all aiming to expand in renewable energy as Australia speeds up its transition away from coal-fired power.

Forrest said his companies' ambitions were complementary, with Squadron developing the "green electrons" needed by Fortescue to produce green hydrogen, which is made by splitting water through electrolysers powered by renewable energy.

With CWP Renewables, Squadron would have the scale it needs to meet demand from large commercial and industrial customers for reliable green energy in eastern Australia, he said.Squadron is already majority owner of wind farm developer Windlab and is also building a liquefied natural gas (LNG) import terminal in New South Wales and a renewable energy hub in Queensland.

Willoughby said CWP aimed to give the go-ahead by March 2023 to build a 400 MW wind farm, which would cost more than A$1 billion. Then over the next 12 months it wants to sign off on around 1 GW more of wind farms.

Forrest said Squadron would provide as much capital as needed, but also expected to bring in funding from Australian pension funds and big institutions. 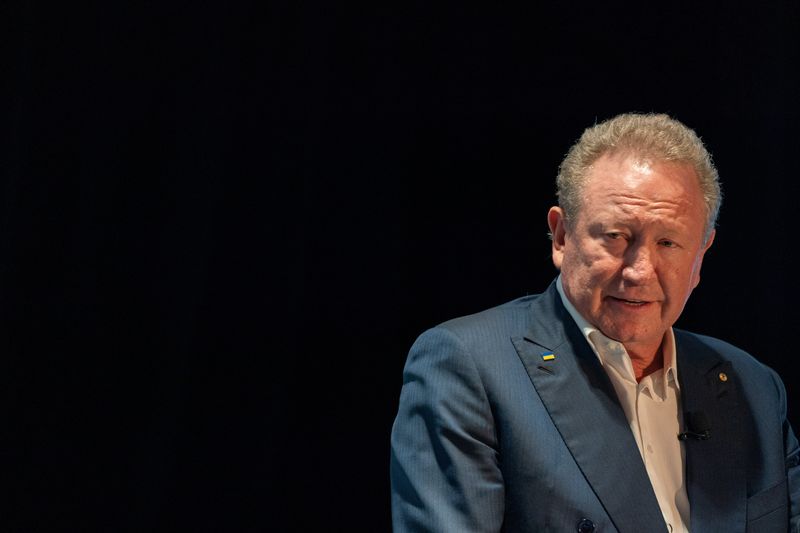 "We have a wall of support for that. There are literally trillions of dollars of capital looking for green energy projects," he said.