Founder Andrew Forrest told Reuters on the sidelines of the World Economic Forum in Davos that Fortescue is becoming a funding research partner of Qlimate initiative, backed by Silicon Valley-based PsiQuantum, which aims to build the world's first utility-scale quantum computer this decade.

Quantum computing is "a rapidly-emerging technology that harnesses the laws of quantum mechanics to solve problems too complex for classical computers," IBM (NYSE: IBM ) says on its website.

Transportation and high costs have so far presented the main hurdles to green hydrogen rivalling fossil fuels but Forrest, who is Australia's richest man, is betting that quantum computing will provide the solution to the puzzle.

"Liquid hydrogen has the same degree of challenges that the natural gas industry had around this time a few decades ago," Forrest, who this month returned as executive chairman of the world's fourth-largest iron ore miner, said in an interview.

"Unlike LNG (liquefied natural gas), which is 95% methane already, we can do anything with hydrogen. We can turn it into steel, turn it into fertilisers," Forrest added.

Fortescue last year set out a plan to become carbon neutral by 2030, bringing forward the target by 10 years as it aims to start producing green hydrogen as soon as 2023.

PsiQuantum was founded in 2016 by Australian-British professor Jeremy O'Brien and other academics to build the world's first commercially viable quantum computer.

O'Brien said that once PsiQuantum builds the computer it will be able to help solve some of the most challenging problems facing mankind, including in areas of chemistry.

Like the partnership with Fortescue on hydrogen, PsiQuantum has worked with German carmaker Mercedes to study battery chemistry as the world switches to electric vehicles.

PsiQuantum has raised $665 million of funds to date including from fund manager BlackRock (NYSE: BLK ), Microsoft (NASDAQ: MSFT )'s venture fund M12 and Singapore's Temasek, according to its website.

Forrest did not say how much funding Fortescue was contributing to the Qlimate initiative.

He has previously called on rivals to speed up energy transition and use green hydrogen. 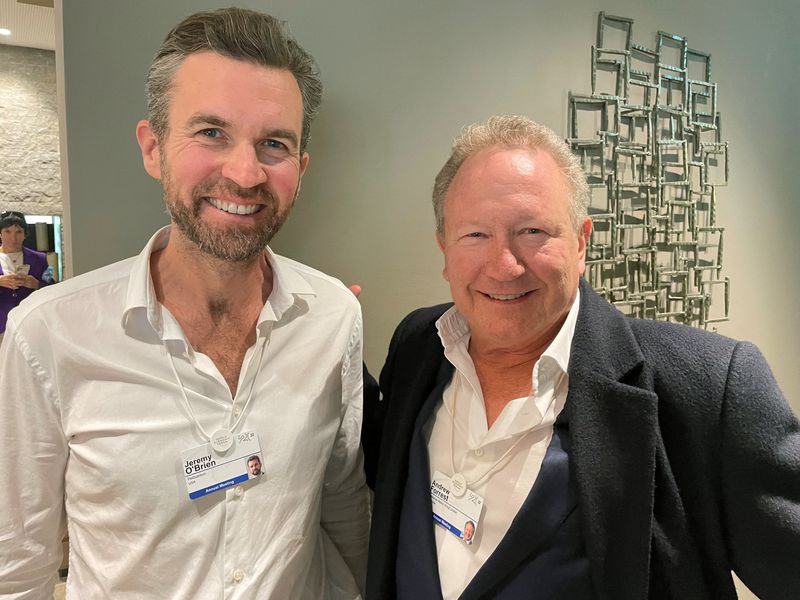 "That would have to be the beginning of the end of global warming," Forrest said.

"It is a very big vision and I have not received push back. People have been receptive," he said when asked about feedback from Fortescue's competitors.