By Jarrett Renshaw and Nichola Groom

(Reuters) -The Biden administration on Thursday delayed the rollout of a proposed five-year offshore oil and gas development plan that had been promised by the end of the month, according to sources.

Interior Department Secretary Deb Haaland in May had vowed to unveil the draft proposal ahead of the June 30 expiration of the current plan. The department will not be able to hold any offshore oil and gas lease sales until a new plan is finalized.

Briefings with officials meant to take place Thursday ahead of a public announcement were unexpectedly delayed, according to sources. The reason and length of the delay were unclear.

Interior had recommended to the White House that all federal offshore oil and gas drilling auctions over the next five years be located in the Gulf of Mexico, where the drilling industry has already been focused for decades, according to two sources familiar with the matter. The White House could make changes to include other regions.

The expected proposal comes as U.S. President Joe Biden seeks to balance his goal to transition the country away from fossil fuels against a Congressional requirement to hold regular drilling auctions, and intense political pressure to boost energy supplies to ease soaring inflation.

In recent years, the Interior Department has leased areas off the coast of Alaska. And former President Donald Trump had proposed a vast expansion of drilling sales to cover more than 90% of coastal waters, including areas off California that had not been offered since the 1980s and new zones in the Atlantic and Arctic. Those plans were blocked by legal challenges.

Biden, conversely, had campaigned on a promise to end all new federal drilling to combat climate change. But his early efforts to suspend leasing were also blocked in court. 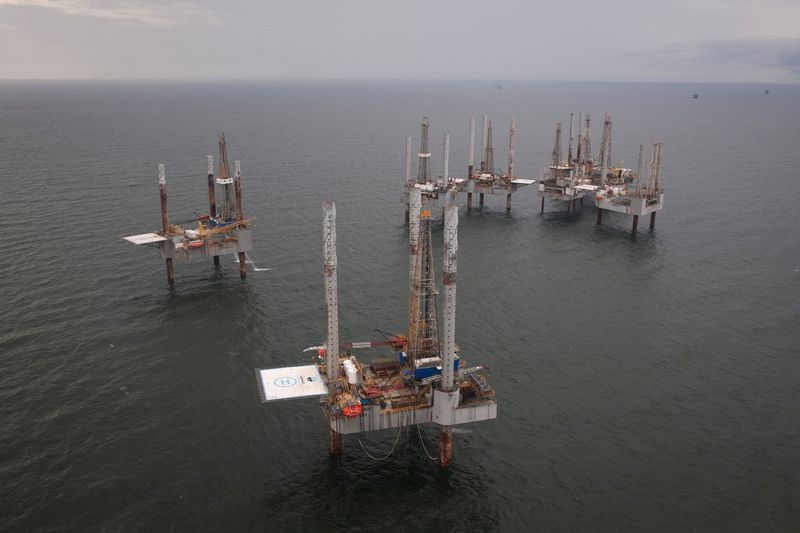 Interior last held an offshore oil and gas auction in November, located in the Gulf of Mexico, but a court order later vacated the sale saying the administration had failed to properly account for its impact on climate change.

Offshore oil and gas production, which occurs mainly in the Gulf of Mexico, contributed about $4 billion in revenue to U.S. coffers last year. The Gulf accounts for about 15% of domestic oil production and 2% of natural gas production, according to the Bureau of Ocean Energy Management.