SAN FRANCISCO/NEW YORK/LONDON (Reuters) - In the weeks before heading to San Francisco for their vacation this month, Jeff Skipper and his wife Valerie, from the United Kingdom, watched helplessly as the U.S. dollar continued its meteoric rise against the British pound.

The sterling/dollar exchange rate – which slumped to a record low this week – has reduced the affordability of the already pricey Golden Gate City for the couple, forcing them to economize on some holiday luxuries.

"The exchange rate has been the biggest topic of conversation since we got here," said Jeff Skipper, 50, an electrician.

"Everything is pretty expensive for us," said Valerie, a 47-year old university administrator.

"We've been buying food from grocery stores rather than having sit-down meals because when you change it to the British amount, it doesn't seem worth it. It's really a lot of money."

The pair are among droves of visitors to the United States feeling the pinch of the mighty greenback, which scaled two-decade highs this month driven partly by Federal Reserve interest rate hikes.

For British tourists in the United States, the pain of the rampant dollar has been amplified by the collapse of the pound, which entered a near free fall on Monday after the British government announced unfunded tax cuts that sent investors fleeing.

Sterling hit a record low of $1.0327 on Monday, having plummeted 20% against the dollar this year. It was trading just above that on Wednesday at $1.0888.

"Now it's one dollar to the pound…It's really hit us," said Colin Taylor, a retired telecoms engineer from the United Kingdom who was also visiting San Francisco with his wife.

While the pound has experienced some of the most violent gyrations in recent days, currency markets across the board have seen huge swings amid increased geopolitical tensions and central bank rate hikes to tame soaring inflation.

The relative strength of the U.S. economy has allowed the Fed to raise rates more aggressively than its peers, however, pushing the dollar up against the British pound, the euro and Japanese yen, as well as a slew of smaller currencies.

The dollar index , which measures the greenback against a currency basket, hit a fresh 20-year high of 114.78 on Wednesday.

"The dollar is too high. So we are spending, but not the way we would like,” said Jose Alvado, a 48-year old public accountant from Argentina who was visiting New York with his wife and two daughters.

"We are going to cheaper restaurants ... We go to the Disney (NYSE: DIS ) store and we don’t pick everything. We just take a look and then we go."

Still, with COVID-19 travel restrictions lifted, international inbound U.S. leisure travel spending – adjusted for inflation –  is forecast to reach $87 billion this year compared with $33 billion in 2020 and 2021, and $145 billion in 2019, the U.S. Travel Association said in June.

And some tourists say they will not let the dollar's strength spoil their fun.

"I have to enjoy New York," said Gilles Nolorgues, 48, an app designer from Paris.

For travelers outside the United States with dollars in their pocket, the spending is easy.

With the dollar and the euro reaching parity for the first time in 20 years in July, American tourists have been splurging on luxury goods in Paris as well as enjoying cheaper treats in London's West End, Reuters has reported. [L1N30X1E5]

Americans are spending 11% more on domestic and overseas travel in 2022 compared with 2019, according to consumer survey data gathered by the American Society of Travel Advisors, a trade organization.

In Bali, Indonesia, 39-year old Johnny Follin from Los Angeles, California, said the strong dollar had allowed him to indulge more on good food, drinks and massages than he would have otherwise. The U.S. dollar has risen about 7% on the Indonesian rupiah this year. 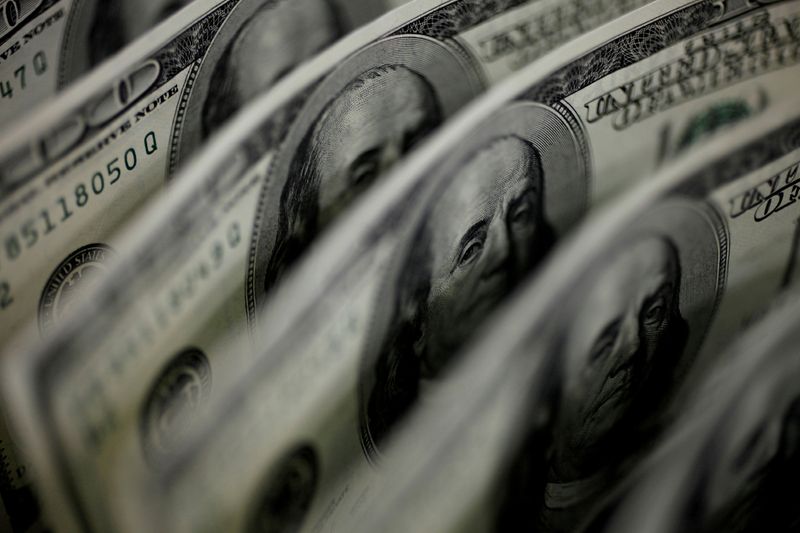 “(For) bringing U.S. dollars here, it's the best time in ages,” said Paul Spight from behind the counter of his currency exchange in Wollongong, south of Sydney, Australia.

The U.S. dollar is up about 10% on the Aussie this year. “That really helps the spending power coming in,” Spight added.