WASHINGTON (Reuters) -U.S. stocks and oil on Tuesday posted strong gains for a second straight day while U.S. Treasury yields slid as investors wondered if global efforts by central banks to fight inflation may ease in the future.

A new report showing shrinking U.S. job openings, a weaker read of U.S. manufacturing data, and a smaller than expected rate increase by the Australian central bank all contributed to investor speculation that a central bank shift to less aggressive rate hikes could be looming.

That sentiment helped push Wall Street higher on Tuesday, with the Dow Jones Industrial Average closing up 2.8%, the S&P 500 jumping 3.06% and the Nasdaq Composite gaining 3.34%.

The MSCI world equity index, which tracks shares in 45 nations, was last up 3.3%.

Global bond yields headed lower, with those on the benchmark U.S. 10-year Treasury note falling to 3.631%. The yield fell by nearly 20 basis points on Monday, having topped 4.0% just last week.

On Tuesday, the U.S. Department of Labor reported job openings fell by the most in nearly 2-1/2 years in August, suggesting the labor market may be starting to cool as higher interest rates take hold.

There were 1.7 job openings for every unemployed person in August, down from two in July. But layoffs remained low, signs of a still-tight labor market that could keep the Federal Reserve on its aggressive monetary policy tightening path, as Fed officials insist they have more work to do to rein in inflation.

"We don't expect a change in the Fed's likely actions at the next meeting. In our view, the labor market moved from 'extremely tight' to just 'very tight' and the Fed will likely respond by another 0.75% increase in the Fed funds rate next month," said Jeffrey Roach, chief economist for LPL Financial.

Still, the softening economic data added to a weaker than expected U.S. manufacturing report on Monday and a slimmer rate hike out of Australia, where the Reserve Bank of Australia surprised markets with a smaller than anticipated interest rate hike, boosting hopes other central banks could follow suit.

"Quite clearly, today's RBA decision will stoke speculation that other central banks will begin slowing the pace of hikes," TD Securities analysts said in a note.

Investors will await Friday's monthly U.S. jobs report as a major piece of data to indicate whether rate hikes have begun to take an economic toll.

With Treasury yields falling, the dollar posted losses for the fifth consecutive daily loss against a basket of currencies - its longest streak of declines since August 2021 - as investors began to price in the possibility that tighter credit conditions will make the Federal Reserve tread more carefully. The dollar index was down 1.44% at 110.14.

Markets show investors believe inflation is likely to drop more quickly. On a five-year horizon, investors see inflation at just 2.33%, down from nearer 3% six weeks ago. 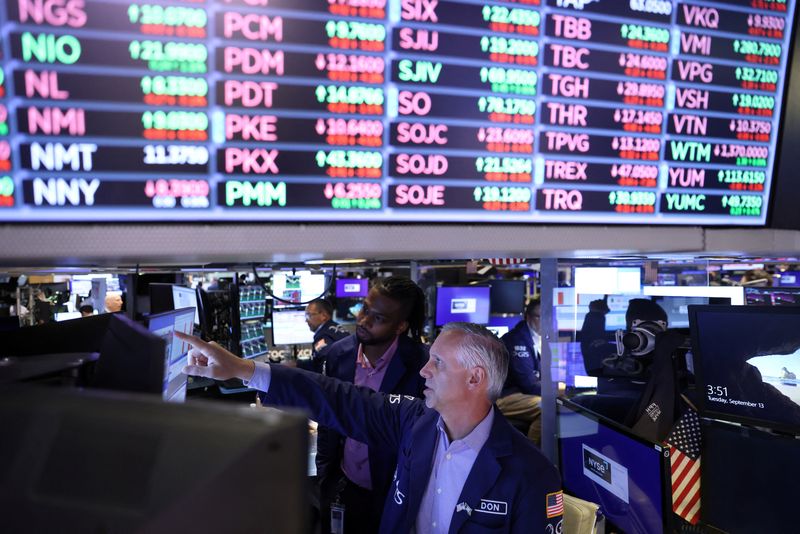