Overall sales in the world's biggest car market were 2.33 million vehicles in October, data from the China Association of Automobile Manufacturers (CAAM) showed.

This time of year, known as "Golden September, Silver October", is usually a high point in sales for the industry, with consumers making purchases after staying away from showrooms during the stifling summer months.

One bright spot in the data was the strong sales of new energy vehicles (NEV), which grew 135% in October to 383,000 units, thanks to the government's promotion of greener vehicles to cut pollution. These include battery-powered electric vehicles, plug-in petrol-electric hybrids and hydrogen fuel-cell vehicles.

Tesla (NASDAQ: TSLA ) Inc sold 54,391 China-made vehicles in October, slightly less than 56,006 the previous month when it hit the highest monthly sales in China since it started production in Shanghai about two years ago, according to data of export, the China Passenger Car Association (CPCA) released on Monday. 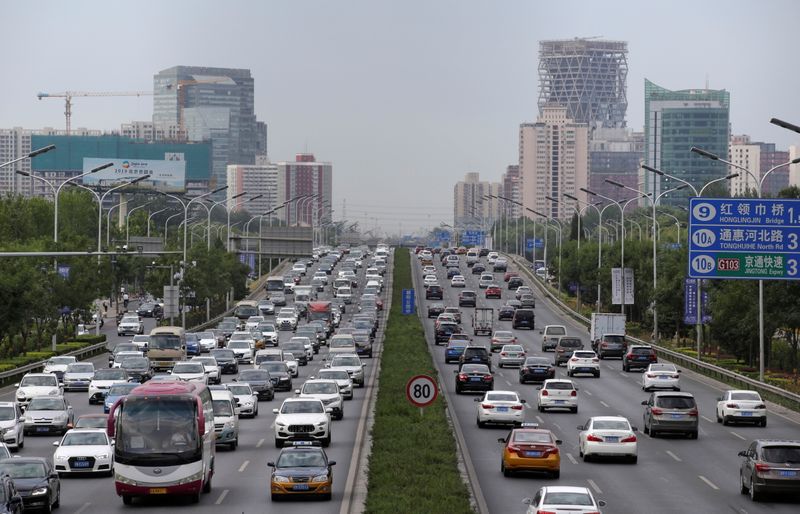 CAAM official Chen Shihua said chip supply is easing in the fourth quarter which is helping the country's auto production to grow gradually.