Common prosperity - China's term for narrowing the gap between rich and poor - is "not just a number", Zhang said, stressing the importance of helping local talent in poor regions to "teach a man to fish".

The World Internet Conference in Wuzhen in eastern China is organised by the Cyberspace Administration of China. The conference in the past has drawn such foreign executives as Tim Cook and Sundar Pichai, but overseas attendance was hurt this year by COVID-19 protocols and souring U.S.-China relations.

China's regulatory crackdown has hit sectors from cryptocurrencies and the internet, to entertainment, education and property, wiping hundreds of billions off the market value some of its largest companies and putting investors on alert over who may be next.

The listing of Alibaba's financial affiliate was halted and the e-commerce giant was fined a record $2.75 for anti-competitive behaviour.

Policymakers and executives at the conference did not address the crackdown directly, though Liu He, China's vice premier, said the digital economy can at times stifle competition. Common prosperity has re-emerged as a slogan this year after President Xi Jinping used it in public remarks. 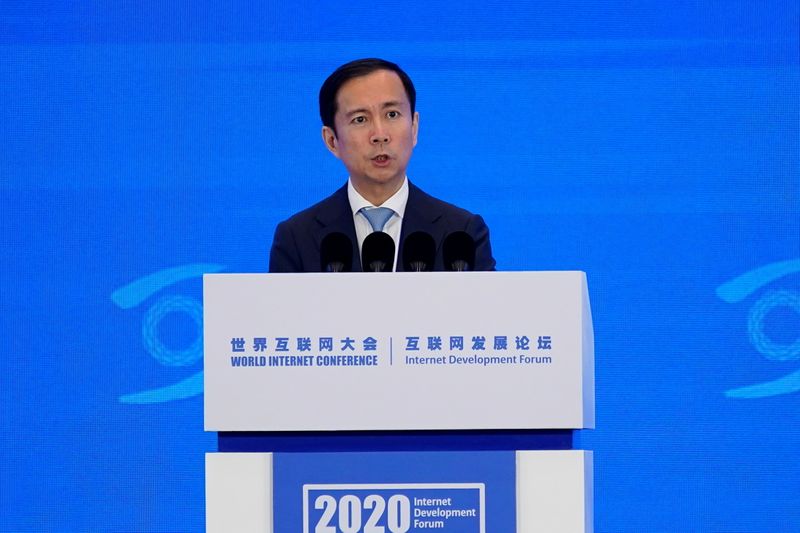 Xiaomi Corp CEO Lei Jun called on large tech companies to help more small and midsize firms, saying they must "not let any group fall behind".

In videotaped remarks, Neil Shen, the founding partner of Sequoia Capital China, which has backed tech giants such as ByteDance and Didi Global Inc, praised a planned tech bourse in Beijing as helping smaller firms.