(Bloomberg) -- Semiconductor Manufacturing International Corp. is preparing to raise as much as $7.5 billion via mainland China’s largest stock sale in a decade, a big cash infusion for a chipmaker Beijing’s counting on to reduce reliance on American technology.

China’s top homegrown chipmaker could sell as much as 53.2 billion yuan of shares, according to a Sunday filing with the Shanghai Stock Exchange. In May, analysts estimated a Shanghai listing could fetch somewhere in the $3 billion range. The offering would be the largest since Agricultural Bank of China (OTC: ACGBF ) Ltd.’s 68.5 billion yuan initial public offering in 2010. SMIC’s Hong Kong stock jumped 21% to a record Monday, racking up its biggest gain since 2009 after mainland bourses surged.

China’s biggest contract manufacturer of chipsets represents a major piece of Beijing’s vision to create a self-reliant and world-class semiconductor industry, particularly as Washington tightens restrictions on sales of silicon and software to the nation. SMIC plans to use the stock-sale proceeds to develop next-generation chipmaking to try and compete with Intel Corp (NASDAQ: INTC ). and Taiwan Semiconductor Manufacturing Co. Like TSMC, SMIC is a so-called foundry that helps fabricate chips based on other companies’ designs, and could prove key to Huawei Technologies Co. if Washington follows through on threats to choke off its pivotal semiconductor business.

SMIC benefits the most from China’s push for self sufficiency in semiconductor supply. Rising research expenses to develop next-generation production technology may be the biggest drag on profitability growth. Sales gains could be constrained by delays in acquiring fabrication tools from foreign manufacturers.

SMIC’s shares have more than tripled in Hong Kong since March’s bottom, while the Hang Seng Index is up just 21%, on bets that trade friction with the U.S. will force Beijing to focus more on homegrown tech and products that replace imports. China’s state-backed funds pumped $2.25 billion into a SMIC wafer plant in May.

The effort comes at a time the Trump administration is threatening to deny domestic companies like SMIC or Huawei access to crucial components and circuitry. SMIC’s listing is also a boost for the STAR market, which has struggled to attract major technology companies since its launch last year.

The initial institutional offer for the shares was 165 times oversubscribed. China Integrated Circuit Industry Investment Fund will subscribe to 3.52 billion yuan of the offering as a strategic investor while Singapore’s sovereign fund, GIC Pte., will invest 3.32 billion yuan.

(Updates with biggest gain since 2009 in the second paragraph) 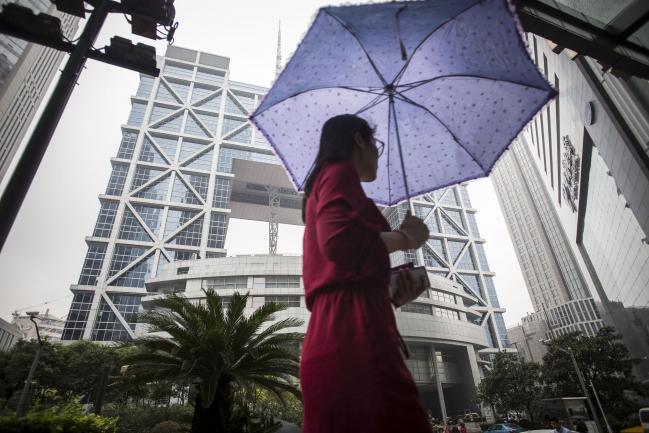