By Mathieu Rosemain and Supantha Mukherjee

PARIS/STOCKHOLM (Reuters) -STMicroelectronics expects its factories to run at full steam well into 2023 as the chipmaker's backlog is filled by the car and smartphone industries, prompting it to raise its 2022 outlook and build new production lines.

The Franco-Italian group, whose top clients include iPhone maker Apple (NASDAQ: AAPL ) and electric carmaker Tesla (NASDAQ: TSLA ), strongly benefits from a global surge in power-management semiconductors as the auto industry moves to low-emission vehicles, and from automation in multiple industries.

The war in Ukraine and subsequent supply chain issues have also put the group, co-controlled by the French and Italian governments, under the spotlight as Europe seeks to catch up with Asia and the United States in a highly strategic industry.

"It is the result of 30 years of globalization," STMicro CEO Jean-Marc Chery told Reuters in an interview. "We're becoming aware that we may need to rebalance things a little more," he added, referring the upcoming European Union chips act, under which direct aid to chip manufacturing will be allowed.

The recent announcement by STMicro and GlobalFoundries to build a chip factory in Crolles, France, with a high proportion of government funding, precedes that new legislation.

The facility, which will be next to STM's plant in Crolles, would create about 1,000 new jobs and help STMicro reach its goal of boosting revenue above $20 billion targeted between 2025 and 2027.

Chery reiterated the sales target, taking into account a possible recession in the coming months on the back of high inflation and raising interest rates.

Inflation in energy, transportation and commodity prices have also prompted STMicro to raise its prices.

About 40% of its profit improvement in the second-quarter compared to last year stemmed from higher product prices, Chery said, noting that the energy bill for the company would double in 2022 to 400 million euros.

The CEO said in terms of production planning over the next 18 to 24 months, new orders were surpassing the group's manufacturing capacity through 2023.

It forecast third-quarter net revenue of $4.24 billion, beating an estimate of $3.81 billion. 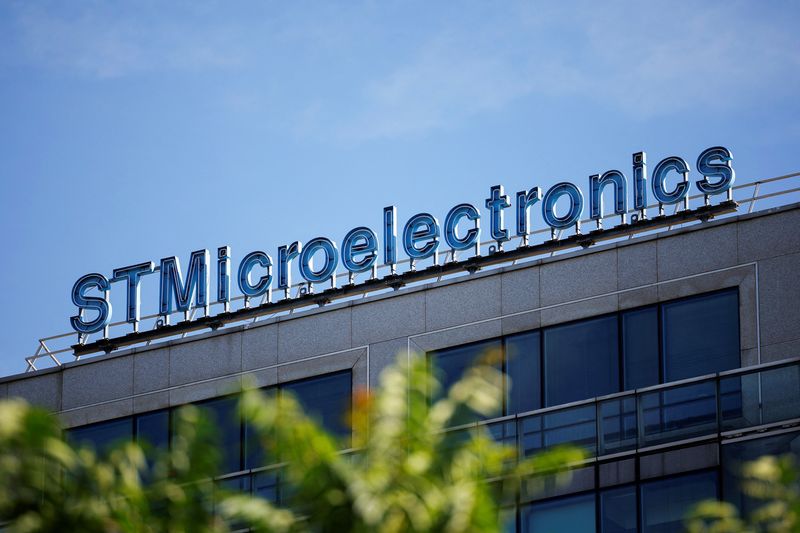