(Bloomberg) -- The CEOs of the biggest US consumer banks are set to warn lawmakers that Americans are struggling amid surging inflation, as they brace for tough questions about how they’re helping customers being pummeled by rising prices.

The chief executive officers will testify before two congressional committees this week at a time when Americans face the highest levels of inflation in a generation and economists debate whether the US has entered a recession. The hearings start Wednesday as Federal Reserve officials meet to determine their next interest-rate move and release new economic projections.

Citigroup’s Jane Fraser said in her written testimony for the House Committee on Financial Services that “the worst of Covid may be behind us, but the economic challenges we face are no less daunting.” JPMorgan’s Jamie Dimon wrote that the “US economy today is a classic tale of two cities,” with competing headwinds and tailwinds that make it “challenging to predict the future.”

“We continue to see strong consumer spending from solid consumer balance sheets” and there are “plentiful job openings, with encouraging jobs reports that continue to surprise economic forecasters,” Dimon wrote in his prepared testimony. “At the same time, many Americans are being crushed by high inflation eroding real incomes, particularly from higher prices on gas and food,” along with persistent supply-chain problems and rising interest rates. “Many Americans are feeling the pain, and consumer confidence continues to drop.”

The CEOs said they’re providing help to consumers. Citigroup (NYSE: C ) said it eliminated overdraft and other non-sufficient funds fees earlier this year after it collected $103 million in such charges in 2021. Overdraft fees -- the $30-something charge banks assess when a consumer spends more than they have in their checking account -- have come under fire from lawmakers and regulators, who say the charges hurt those who can least afford them.

Still, in an appendix to Fraser’s testimony, the New York-based bank acknowledged that it collected roughly $2.7 billion last year in late fees, annual fees, monthly service charges and wire transfer fees. That amounted to about 8% of the firm’s total revenue from its North American operations.

“This revenue and the percentage of revenue they account for have been relatively consistent over the last 10 years,” the bank said in the testimony.

At JPMorgan (NYSE: JPM ), the country’s largest bank, policy changes on overdraft fees are helping consumers who are short of cash, Dimon said.

Overdraft-protection services “help customers make critical payments, like covering a rent check, or automatic withdrawals by third parties, like utilities, which may help customers avoid a late fee or negative impact on their credit report,” he wrote. “This service can be more affordable than many non-bank services like payday loans or check-cashing services.”

Almost 70% of transactions covered by the policies incur no overdraft fee at all, Dimon said, adding that revenue from such fees at the New York-based company has plummeted 40% since before the pandemic.

Since March 2020, JPMorgan delayed payments due and refunded fees for more than 3.5 million customer accounts, giving back more than $250 million and offering deferred payments and forbearance on more than 2 million mortgage, auto and credit-card accounts, Dimon said.

Bank of America (NYSE: BAC ), the second-largest US bank, also made changes over the past decade to its overdraft services, “reducing clients’ reliance on overdraft and providing resources to help clients manage their deposit accounts and finances responsibly,” CEO Brian Moynihan said in his prepared remarks. The Charlotte, North Carolina-based bank expects that, by next year, the new programs will reduce consumer overdraft fees by 97% from 2009 levels, he wrote.

“Even with a deferral, the vast majority of those clients remained current on their payments. A small percentage have needed extended assistance, and we continue to work with them individually to help them get back on track,” he said. For clients with mortgages originated by BofA, the lender added deferred payments to the end of the loan term so they aren’t making a lump-sum payment up front, Moynihan wrote.

Charlie Scharf, CEO of San Francisco-based Wells Fargo (NYSE: WFC ), touted his bank’s recent efforts to limit overdraft-related fees, such as eliminating non-sufficient-fund fees and the introduction of an early payday program for some customers. He also pointed to initiatives to help unbanked households, which have a disproportionate number of Black, Hispanic and Native American customers.

Wells Fargo has come under fire from lawmakers this year after a Bloomberg News investigation found the lender approved fewer than half of mortgage refinancings sought by Black homeowners during the pandemic, a lower rate than for White applicants.

“We must be customer-centric in how we approach our products and services,” Scharf said in his prepared remarks.

In addition to Dimon, Fraser, Moynihan and Scharf, CEOs from U.S. Bancorp, Truist Financial (NYSE: TFC ) Corp. and PNC Financial Services Group Inc (NYSE: PNC ). are set to appear before the House committee on Wednesday and a Senate committee Thursday. The hearings are focused specifically on issues facing consumers as a potential downturn looms.

Questions sent to the banks ahead of the hearing include queries on diversity among top executives and board members, mortgage-lending activities during the pandemic and what steps if any lenders have taken to aid consumers “seeking financing to help them access safe abortion care.”

The largest of the regional banks by assets, Minneapolis-based U.S. Bancorp used its prepared remarks to make a case for its acquisition of MUFG Union Bank NA, which is still awaiting final regulatory approval.

“We recognize that banks are the economic engines of our communities,” CEO Andy Cecere wrote in his testimony. “As such, we can make meaningful and significant impacts in supporting the ability of LMI communities and communities of color to access capital and build wealth,” he said, referring to low- and moderate-income communities.

Testimony from Pittsburgh-based PNC emphasized steps the bank has taken to fight fraud on Zelle, the person-to-person payments platform owned jointly by the largest banks. US senators earlier this year urged lenders to do more to curb scammer abuse of the platform.

Charlotte-based Truist touted its contributions to minority communities and low- and moderate-income borrowers. Those include $31 billion in home-purchase loans and opening 16 new banking branches in low-and moderate-income or minority neighborhoods by the end of this year. 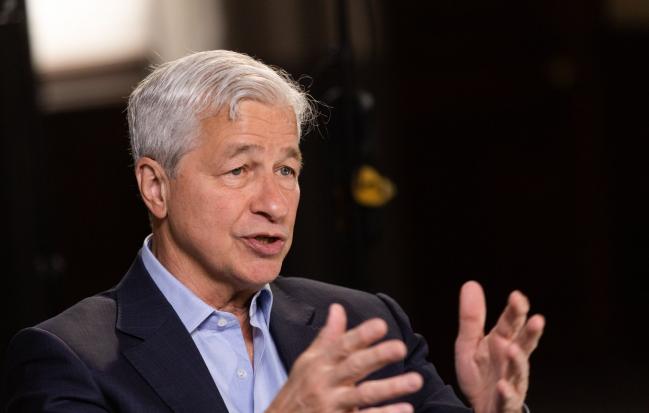