The metal advanced as much as 3.5 percent on Wednesday to $2,277.50 a metric ton on the London Metal Exchange. That was just $13 away from the peak in December when it touched the highest since March 2012. Prices were up 1.6 percent as of 3:54 p.m. in London and have rallied as much as 13 percent since Thursday, the day before the U.S. sanctions were announced. If the gains had held, that would have been the hottest four-day winning streak in three decades.

Both the LME and CME Group Inc.’s Comex have said they won’t allow new deliveries of metal from Russian billionaire Oleg Deripaska’s Rusal (MCX: RUAL ), the biggest aluminum producer outside of China.

“There’s definitely potential for prices to pass recent peaks,” Helen Lau, an analyst at Argonaut Securities Asia Ltd., said from Hong Kong. “Imagine how tight the world market is going to be if you lose a 10th of world supply, even for the short term. More and more companies are responding to the sanctions.”

The LME introduced a temporary suspension on placing Rusal metal on warrant with effect from April 17 unless the owner demonstrates it won’t breach sanctions, the bourse said. It set the date on the view that metal warranted before then would have been produced and supplied by Rusal prior to April 6, the day sanctions were announced. Rusal is evaluating the effect, it said in a statement.

Comex said it has revoked the approved status for warranting and delivery of the company’s brands against the futures contract. 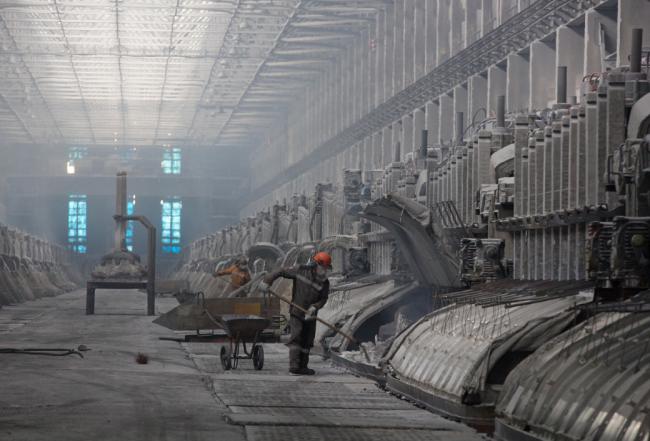