(Bloomberg) -- Americans are leaving the house, ditching the masks and spending again.

Add it up, and you’ve got a consumer that’s quickly emerging from last year’s pandemic hibernation, a time when spending focused mainly on critical everyday items: toilet paper, canned veggies and flour. Now, flush with government stimulus checks, higher wages and record savings, they’re shopping for things that make them look and feel good. They’re also preparing to take vacations and reengage with a world outside their home.

“The consumer is on fast forward,” said Neil Saunders, analyst at GlobalData.

Bloomberg Economics estimates that consumers had $2.2 trillion after the latest round of stimulus in March to devote to so-called “revenge spending” -- or splurging on things they might have forgone during the pandemic.

“People are itching to get out and return to some sense of normalcy,” said Brian Yarbrough, an analyst at Edward Jones & Co. “They have pent-up savings, and combine that with wages and home values going up and gains in the stock market, you’re left with a consumer that is feeling very flush, no doubt.”

The acceleration has buoyed retailers’ earnings and left companies rushing to keep shelves stocked while also managing an inflow of web orders that remains elevated even after settling from pandemic highs.

That’s why Target is building a half-dozen sorting centers in key markets like Minneapolis, which will consolidate online orders from nearby stores and swiftly route them to customers using fancy delivery algorithms. Walmart, meanwhile, plans to build more than 100 automated micro-fulfillment centers to take the strain off the army of 170,000 workers it uses to dash through stores and pick orders.

Those investments show that it’s not all about new frocks and sunscreen: Home Depot Inc (NYSE: HD ). and Lowe’s (NYSE: LOW ) Cos Inc. reported that consumers have continued to spend in areas that enjoyed brisk demand last year, like home decor and gardening. TJX (NYSE: TJX ) Cos., the owner of off-price retailers T.J. Maxx and Marshalls, said the performance in its home business was “phenomenal.” At Target, comparable sales of groceries and household essentials still rose in the quarter, despite going up against unprecedented growth this time last year.

Walmart said alarm clock sales doubled in April, since people finally have something to wake up for.

But how long will it last? Stimulus payments have goosed most retailers’ first-quarter performances, and those dollars are now largely spent. Inflation could also hike the price of many items, keeping consumers on the sidelines.

“The rush to buy may be short-lived for some,” said Wendy Liebmann, founder and chief executive officer of consultant WSL Strategic Retail. While many shoppers feel flush, one in three are still pessimistic about their finances, a WSL survey found. “The race to the store may well slow by the fall.” 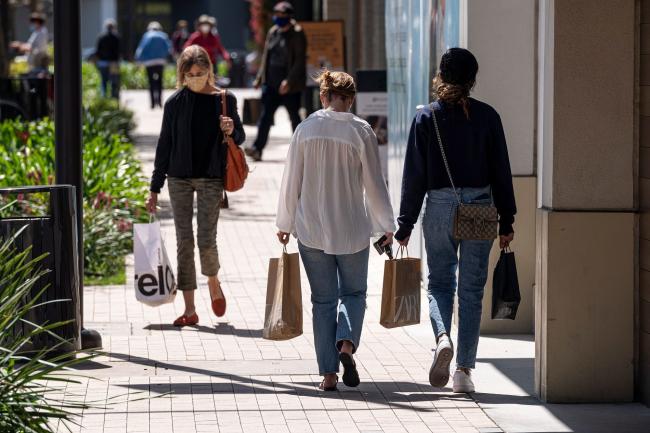