(Bloomberg) -- Corporate America has suddenly and drastically changed its tune on the US economy.

Executives from Jamie Dimon and Elon Musk to Gary Friedman, the head of furniture retailer RH (NYSE: RH ), all cautioned investors this week to be wary of an economic downturn. After months of strong consumer spending and supply-chain improvements, some of the country’s most outspoken corporate leaders have started intensifying alarms about decades-high inflation and impending interest rate hikes.

“We’ve got a long ways to go in raising interest rates to fight inflation,” Friedman said on RH’s earnings call Thursday. “And I think you just have to be prepared for anything right now.”

Musk reportedly told employees at Tesla (NASDAQ: TSLA ) Inc. this week that he has a “super bad feeling” about the economy and needs to cut 10% of jobs at the electric carmaker, according to Reuters.

The tone contrasts with Friday’s jobs report showing bigger-than-expected payroll gains. And economists still see the chance of recession as unlikely next year, even if the odds have crept up. A Bloomberg survey estimates a 30% chance of recession in the next 12 months, up from 15% in March.

The sense of doom has been especially evident in the banking sector, where Dimon told investors this week that they should be preparing for an economic “hurricane.”

“That hurricane is right out there down the road coming our way,” the JPMorgan Chase & Co. (NYSE: JPM ) chief executive officer said Wednesday, citing rising interest rates and fallout from Russia’s invasion of Ukraine. “We don’t know if it’s a minor one or Superstorm Sandy. You better brace yourself.”

Goldman Sachs Group Inc (NYSE: GS ). President John Waldron took up the theme the next day, calling the current economic climate one of the most complex he’s ever experienced. “The confluence of the number of shocks to the system to me is unprecedented,” Waldron said.

Still, some bank executives are counting on the continuing strength of the US consumer. Holly O’Neill, Bank of America Corp (NYSE: BAC ).’s retail-banking president, said there’s no indication yet that that pillar of the economy is starting to crumble.

“We are not seeing any signs of cracks,” O’Neill said at an investor conference. “We obviously watch this every single day.” 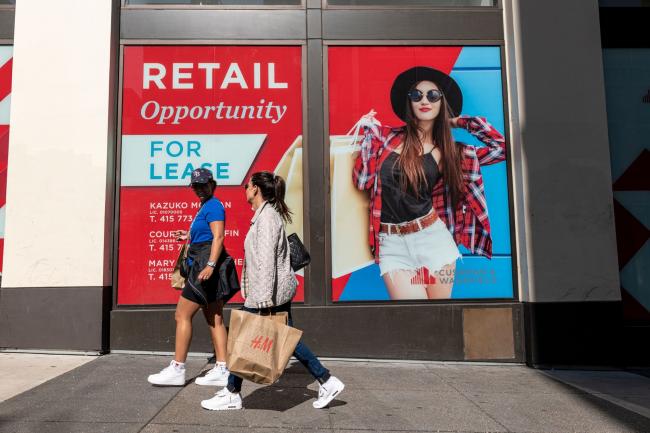